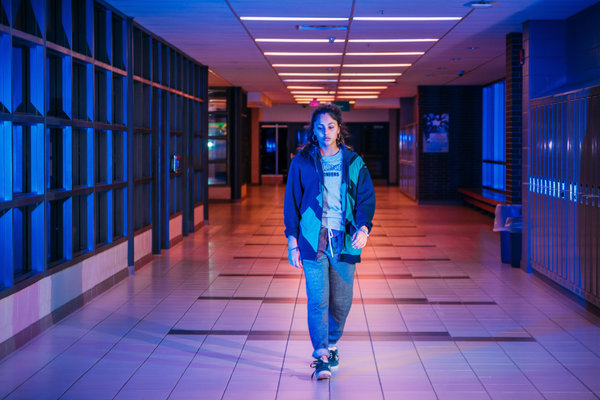 SHARE 10 p.m. on HBO. This feature debut from the writer-director Pippa Bianco is an unflinching look at sexual assault in the digital age. The film opens with a 16-year-old, Mandy (Rhianne Barreto), waking up on her front lawn after a night of partying, not sure how she got there. In the morning, she receives a barrage of text massages from friends alerting her to a grainy video that’s been circulating. It shows Mandy lying on the floor unconscious, while her crush (Nicholas Galitzine) removes her clothes. But it’s what the video doesn’t show that propels the film, as Mandy works to uncover the truth, growing more isolated in the process. “Bianco uses a depressingly familiar story of high-school partying gone wrong to explore sometimes uncomfortable questions about gender, agency and collective guilt,” Manohla Dargis wrote in The New York Times. The film joins “The Tale” and the gritty teen drama “Euphoria” in HBO’s catalog of female-led stories about sexual assault, anxiety and the unreliability of memory.

WIDOWS (2018) Stream on HBO platforms. This star-packed crime drama follows Veronica (Viola Davis) after her husband, Harry (Liam Neeson), dies in the process of stealing $2 million from a local crime boss, losing the money in the process. After the mobsters Harry stole from (Brian Tyree Henry and Daniel Kaluuya) come to collect, Veronica recruits the widows of some of Harry’s former accomplices to help her pull a $5 million heist, one outlined in notes Harry left behind. Veronica’s co-conspirators, played by Michelle Rodriguez, Elizabeth Debicki and Cynthia Erivo, “join up, not out of any sense of outlaw glamour but out of raw need — for money, for security, for revenge,” A.O. Scott wrote in his review in The Times. The film’s director, Steve McQueen, teamed up with Gillian Flynn to write the script, and although it may not be as fun as other female-led crime capers like “Ocean’s 8” or “The Hustle,” there’s “plenty of mayhem and a plot that twists, buckles and swerves,” Scott writes.

A VIGILANTE (2019) Stream on Amazon; Rent on Amazon, Google Play, Vudu and YouTube. Olivia Wilde may be best known for her work in mumblecore comedies like “Drinking Buddies” or “Book Smart,” her directorial debut and a New York Times Critic’s Pick. But in this film, written and directed by Sarah Daggar-Nickson, she plays a much more serious role as Sadie, a woman who, after fleeing her own husband, aids other abuse victims by seeking revenge on their abusers. While most of the film focuses on other women, Sadie’s back story and motive becomes clearer by the end. “Whether Sadie’s embrace of vengeance is a radical form of therapy, an act of extreme political activism or just a dangerous way to exorcise personal demons remains open to interpretation,” Manohla Dargis wrote in her review for The Times.