The New York Times asked readers to reflect on Toni Morrison’s work and relate which of her stories or passages had an affect on their lives, and how. For some, it was her characters, like Pecola Breedlove in “The Bluest Eye,” who struggled with identity. Or it was a setting in one of her books, like the cemetery in “Sula,” that conjured up memories. For many, it was her prose and command of the English language that moved them, inspiring a few to be writers themselves.

[Read the full obituary for Toni Morrison, who died on Monday.]

Here is a selection of responses from the dozens received. They have been edited for length and clarity.

Finding Oneself in Her Characters

I discovered “The Bluest Eye” at a time when I began struggling in earnest with my sexuality and history of being abused. I felt such sadness at Pecola’s wish for blue eyes, and Morrison’s art allowed me to recognize my own sense of inferiority for what it was, despite the fact that I was a white gay male living in inner-city Detroit. She found the world in the specificity of the lives she depicted.

Toni Morrison is one of the few writers whose works eliminated the white lens of defining who black Americans are. In her novels, we are good and bad, rich and poor, sane, compassionate, deranged and sadistic. We are totally human and unapologetic in our community of wholeness.

Some of the most cruel acts that I’ve read about were contained in a Toni Morrison novel. Some of the most beautiful, poetic prose was also written by Ms. Morrison. There is no writer who will take her place in my heart and mind.

At the end of “Sula,” the protagonist Nel is left reflecting on a relationship painfully ended when she visits the gravestone of the titular character. Under a shower of falling leaves in the novel’s final scene, Nel cries out as she reflects on all that she lost with Sula, and the memories the two will never be able to relive.

She perfectly encapsulates that stuck feeling, one of intense, bottled-up entropy, that comes from grieving for someone with whom you have unfinished business. Visiting the grave of my mother for the first time, a victim of suicide, I immediately recalled that scene as the graveyard’s foliage spun around me. My grief was intense; but reflecting more on Morrison’s writing, I felt relief that someone out in the world had the insight enough to perfectly identify how I was feeling in that harrowing moment.

Seeing the Magic in Her Prose

“Beloved” was the book that showed me the beauty and power of an author choosing every single word with great intention.

She defined the limits of language. Words cannot encapsulate the horrors faced by African- American people. Words, by nature, try to define and pin down, when all Sethe and Paul D and Baby Suggs wanted was to be free. But Ms. Morrison also defied those limits to forever transform the landscape of the English language. She showed me what taking back one’s agency, what history, what the U.S. means.

I read “Sula” several days before my first real literature class began. Within hours, Toni Morrison had me breathless and in tears with the sheer beauty, pain and authenticity of her writing. I spent days on my essay and enjoyed every second. She is the reason I am pursuing my English teaching degree. Toni, thank you for all you have brought to this world. Thank you for showing me which direction to take when I was alone and confused.

I will probably always think of love the way Toni Morrison wrote about it in “Beloved,” particularly Sixo saying to Paul D about the Thirty-Mile Woman: “She is a friend of my mind. She gather me, man. The pieces I am, she gather them and give them back to me in all the right order.” Morrison describes so concisely the relief and joy that it is to be heard and seen and (finally) understood.

“Beloved showed me so much about our country’s past (and present) from a perspective that isn’t easy to picture as a reader in this day and age. My main takeaway from “Beloved”: the past is always present.

Morrison’s works took me, a white boy from rural Tennessee, and broadened my view of nearly everything I thought was true. Her works broke and reformed a lens upon which I viewed my life and the physical place that I lived. The books forced me to look deeper at the ground upon which I walked, the white southern family experience I called my own, all the while shattering the carefully white-constructed landscape of the Deep South upon which I was brought up that had silenced and continued to silence black voices around me. 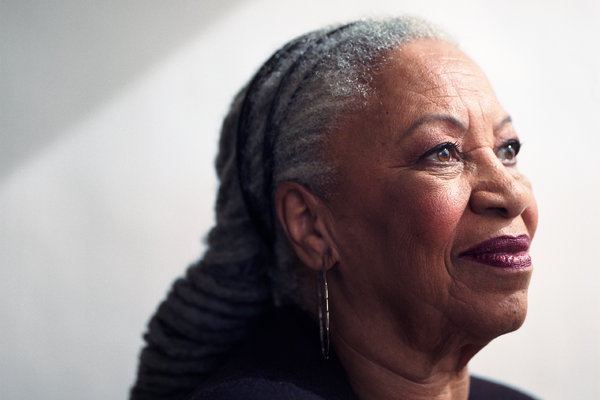 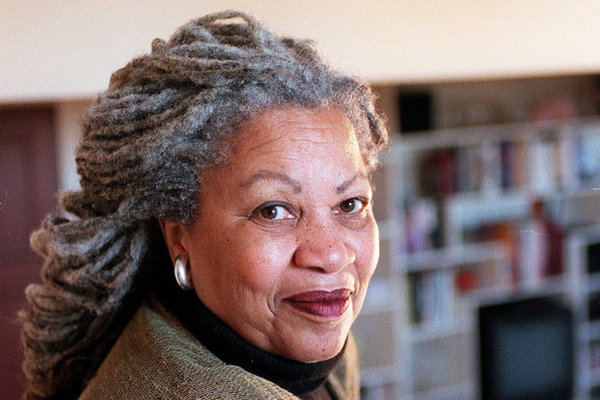