Home » Entertainment » Trump Says Minnesota Can't Stand Ilhan Omar. His Attacks Have Made Her More Popular Than Ever Back Home. Trump Says Minnesota Can't Stand Ilhan Omar. His Attacks Have Made Her More Popular Than Ever Back Home.

The people living in Omar’s majority-white district wanted a fight with Trump. 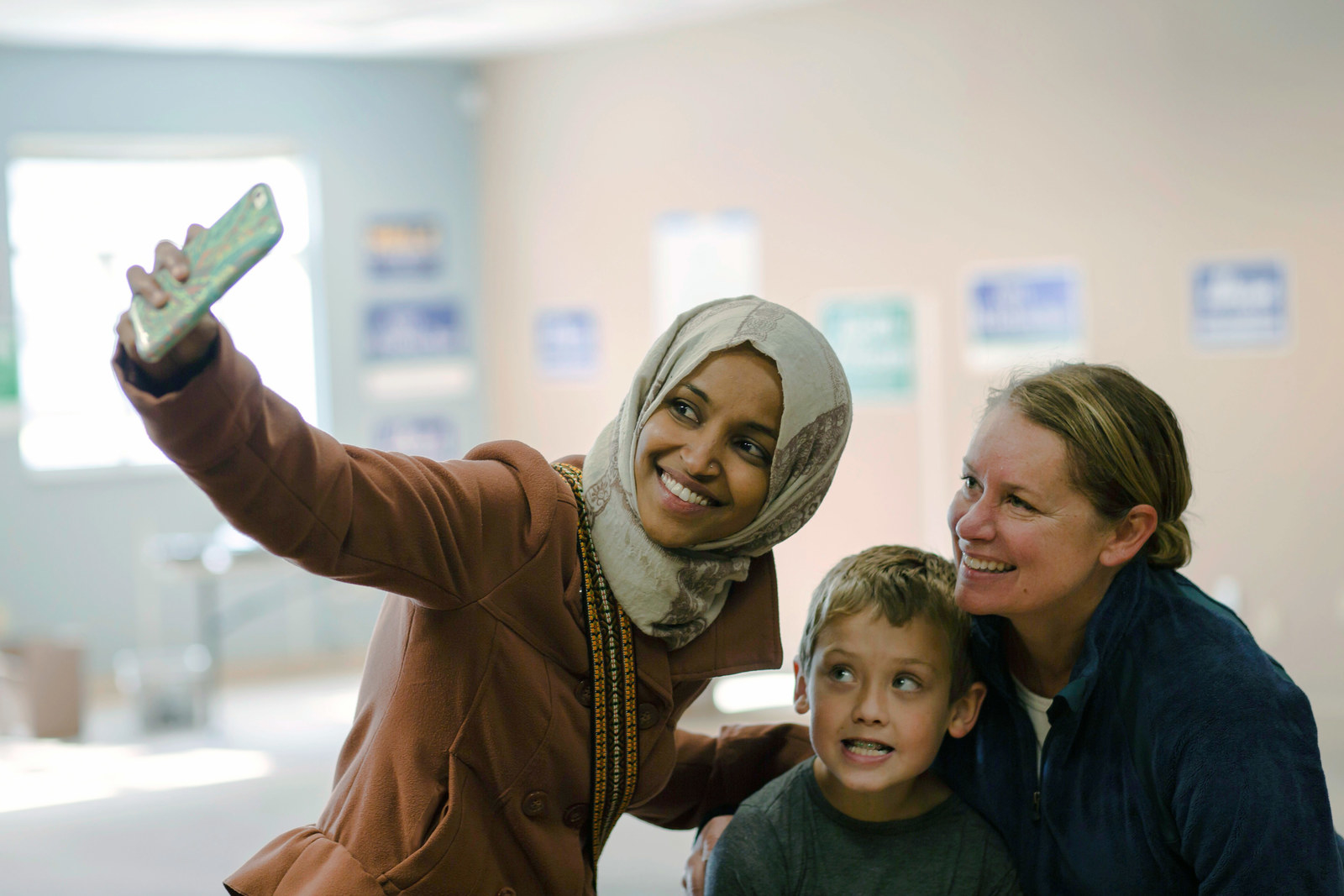 At a street fair that stretched through the heart of Minneapolis over the weekend, Omar could make it only a few steps before one constituent approached her, and then another. They wanted selfies and hugs, but mostly they wanted to tell her one thing: “We’re so proud of you.”

Omar walked past booths that called to “abolish ICE,” decried police brutality, played folk music, and sold elote, barbecue, and mangoes on a stick. She joined a game of street soccer hosted by a club for young immigrants — most of them Somali, like Omar.

In front of a van for MAD DADS, a group founded by black fathers to combat drugs and gang violence, a man hailed Omar as “one of the greatest ladies in the nation.”

“You belong right here, baby!” he called after her.

For days, Omar had been targeted by President Donald Trump as the subject of racist tweets and chants of “Send her back!” at a rally in North Carolina. Trump’s comments were the culmination of months of attacks on Omar, a first-term congresswoman who came to the United States as a teenager from a refugee camp in Kenya.

Even among Democrats, the political classes in Minnesota and Washington have become frustrated, at times, with Omar, who they say has betrayed inexperience and disorganization, and alienated some potential allies in the first months of her congressional term. She was widely criticized earlier this year for comments that many considered anti-Semitic. She later apologized.

But in the city of Minneapolis, many of Omar’s constituents are standing fiercely behind their congresswoman. Many say they believe she has been unfairly maligned, her words twisted because of her background and religious faith. They are proud of how Omar has fought Trump and his allies while pushing far-left policies like student loan forgiveness.

Omar is the only member of “the Squad,” the group of four Democratic women of color targeted by Trump, to represent a district that is mostly white — just under two-thirds. That still makes the 5th District the most diverse district in Minnesota, a heavily white state with some of the country’s worst racial disparities and a stubbornly persistent wealth gap.

“Part of the reason I voted for her is to have representation of the people that Trump is demeaning in office,” said Braden Eliason, a medical tech executive in Minneapolis who stopped at Omar’s booth at the street fair Sunday.

“I knew there was going to be a target painted on her back, and I knew that it’d also change the conversation on the Hill if there was a person who was actually an immigrant, a Muslim, and a refugee representing those people, and I’m really proud that she comes from here,” Eliason said. “She’s not just representing refugees in Minnesota, she’s representing my values.” 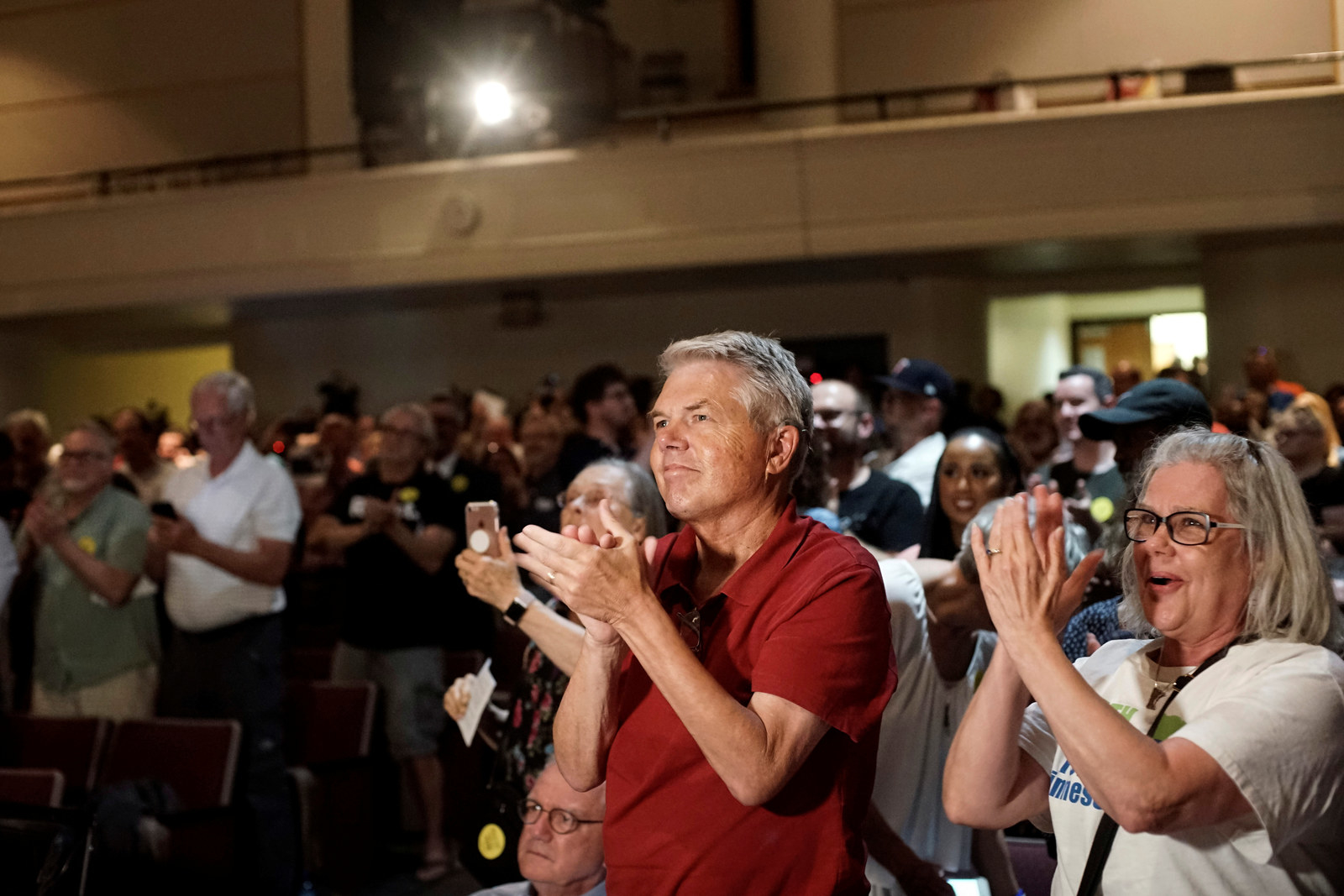 “I’m getting goosebumps, just seeing her,” said Lisa Albright, watching Omar from afar as she took photos with constituents. “She’s fierce, in-your-face about everything she stands for, and against Trump and his belligerence. She stands for the exact opposite of that.”

Alison Zenk Plant, a public schoolteacher who was out walking around the lake on Monday, said the clips of Trump’s crowd chanting “send her back” about Omar had reminded her of Nazi Germany. “Scary stuff,” she said. Omar, she said, “has done the best job she could do. She’s trying to go in there and make a difference — she’s a young idealist.”

In the wake of Omar’s comments earlier this year, there was talk among some of her critics about finding a candidate to run against her, after she won a competitive six-way primary last August with nearly half the vote. She eventually got 78% against a Republican challenger.

But as Omar has become the central target of Trump’s racist ire, much of that momentum has faded, said one Minnesota political operative. In the 5th District, Omar is seen as widely popular — and, for the moment at least, widely untouchable.

Ron Latz, a Democratic state legislator who represents St. Louis Park, was among Omar’s most vocal critics in the state. In March, he called her comments “devastating” and “inflammatory,” saying he felt let down after a meeting he had arranged with her and Minnesota Jewish leaders.

But a spokesperson for Latz told BuzzFeed News this week he was “not interested” in talking about Omar in the wake of Trump’s targeting. Nor were some of the liberal rabbis who had criticized her comments in March. Omar, said one Jewish Minneapolis resident, had become an impossible topic of conversation for many Jews who were also opposed to Trump.

Last Friday evening, after days of attacks from the president, Omar returned from Washington to a crowd that greeted her at the airport with chants of “Welcome home, Ilhan.”

Wintana Melekin, a community activist who is herself a refugee from Sudan, organized the gathering at the last minute, creating a Facebook event that, within hours, had several thousand people interested in attending. One person came with a sign that read “Welcome Home Ilhan” drawn on a paint-splattered pizza box.

“In the last few months where the attacks have escalated, I’ve seen white allies step up in ways I’ve never seen,” said Melekin, who worked on Omar’s primary campaign. “They’re offering spaces for fundraisers, money for security, to help organize this rally. It’s a massive uptick in support in ways I’ve never seen before in Minnesota in response to this.”

People across Omar’s district shared video of the scene at the Minneapolis airport — an example, many residents said, of what they wanted people to see in their community.

“I got tears in my eyes, because I have so much respect for her, and it’s so great to see that the community does too,” Doug Cerny, a tech worker in Minneapolis, said of the moment.

In St. Louis Park and upscale neighborhoods nearby, Omar, a critic of Israel, is notably less popular.

In February, her tweet that congressional support of Israel was “all about the Benjamins” prompted accusations of anti-Semitism. Omar apologized and said the tweet had been a reference to Israel’s lobbying efforts, but many said it evoked painful stereotypes and anti-Semitic tropes. The tweet, and a comment soon after at a DC bookstore about “the political influence in this country that says it is OK for people to push for allegiance to a foreign country,” spurred a House resolution broadly condemning hate.

In parts of Minnesota’s diverse Jewish community, a longstanding wariness of Omar — ignited in part by a 2012 tweet that said “Israel has hypnotized the world” — grew into anger and a sense of betrayal.

“I feel very bad about [Trump’s] racist comments about her,” said Esther, a retired Jewish resident of the affluent Kenwood neighborhood in Minneapolis who would not give her last name. “They were awful.”

Esther hoped, she said, someone would run against Omar. “Well, all my people do,” she said. 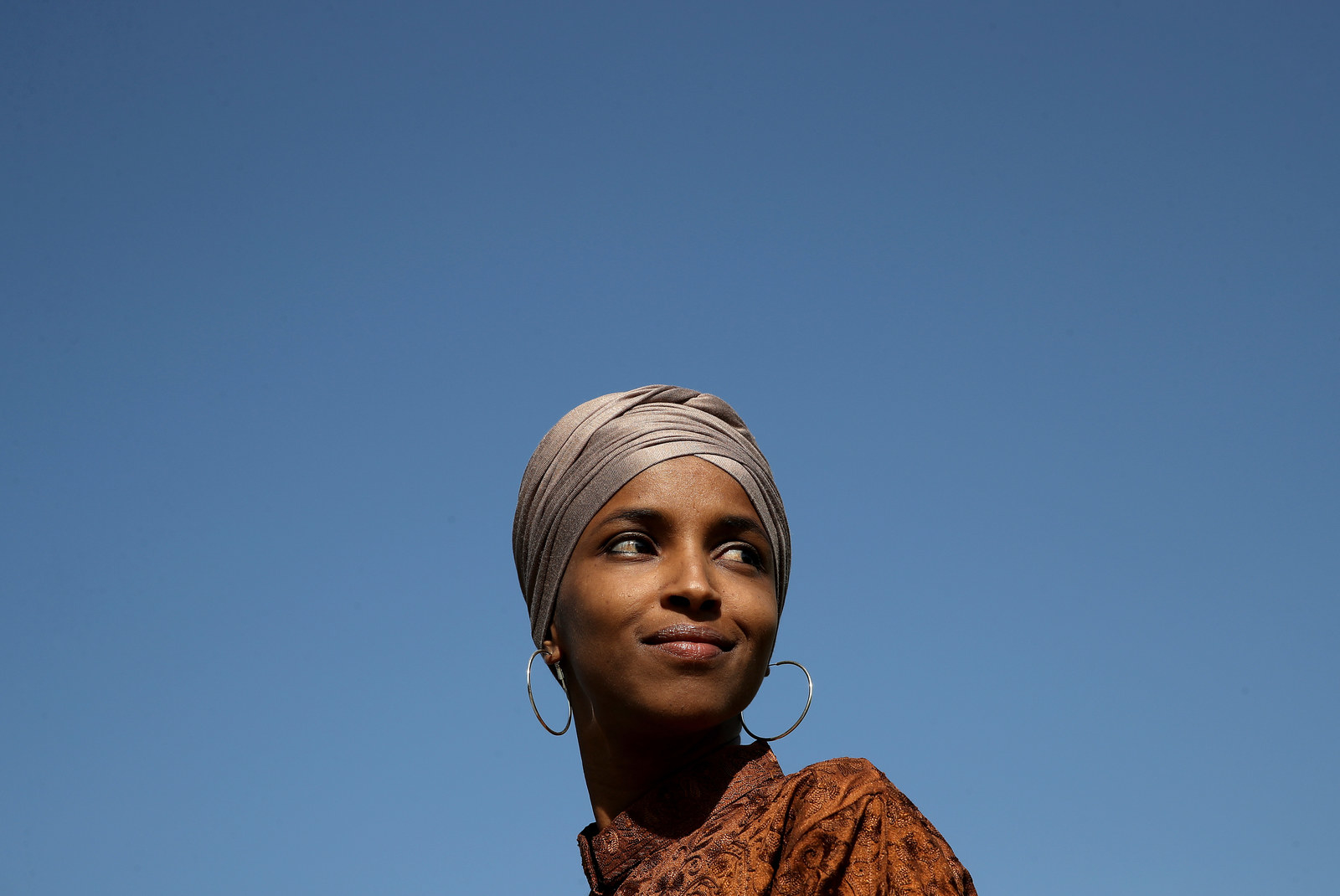 Cole Graber-Mitchell, a college student who grew up in Minneapolis and had come to Omar’s booth at the street fair with a friend, felt otherwise.

Many Minneapolis residents said they felt that some of Omar’s comments about Israel had been “taken out of context,” her words twisted by critics looking to attack her because of her race and Muslim faith. They pointed, especially, to a brief clip of Omar using the phrase “some people” to refer to the 9/11 attackers that was seized on by Republican critics — an example, they said, of how her comments had been wilfully misrepresented.

“She doesn’t get a break,” said Harry Greenberg, a drug counselor in Minneapolis. “She’s taken so much abuse. Everything is her fault because she’s not a white man, right?”

“The racism is so powerful right now. I think as a white man, I have all this privilege, and I hate it,” Greenberg said. “I have to stand up and be vocal. It’s wrong.”

Elianne Farhat, the executive director of a statewide racial equity organizing group called Take Action Minnesota, said she was “very heartened” by the widespread condemnation across the state of Trump’s comments about Omar. But she hoped, she said, that the support would extend beyond condemning the president in moments of explicit racism.

“Moments like the one we just went through make it clear that people are operating in a racist, xenophobic way,” she said. “So it’s important, also, when it is less clear, to take the time to see the racism operating, and to say that is wrong.”

“Donald Trump and the people around him are actively using all different contours — identities, race, immigrant status, gender, religion — to divide us, and we have to be clear that is happening,” Farhat said. “We all need to get clearer faster when we’re getting played. Those are the hardest moments.”

On Sunday, Omar’s booth at the Minneapolis street fair was set up in front of the Division of Indian Work, which represents the city’s large American Indian population, and across the street from a rundown Family Dollar. A small wooden box sat on the table next to pamphlets advertising constituent services. “Leave a message for Rep. Omar,” it said.

Marie Sambilay, an audio producer from Minneapolis, stopped to write a note of “thanks and gratitude” to Omar. “I was just letting her know that I’m really proud and grateful to have her as our representative.”

“She’s been in such limelight and under a lot of fire. And as a woman of color in this city, I value her voice in Congress,” Sambilay said.

Amy Anderson, who lives in Richfield, a mostly-white suburb in Omar’s district, slowed her bike to a stop when she saw Omar. They took a photograph together. Afterward, Anderson told her: “I’m so proud you’re representing me.”

Over a million patients overpay for prescriptions despite NHS ‘season ticket’