Oh, Tristan Thompson, what did you do? When Khloé Kardashian announced to the world that she was getting back together with her ex-boyfriend — despite his troublesome past record of cheating on her multiple times — we prayed that this time would be different. So you can imagine our disappointment when we heard model Sydney Chase claim that she hooked up with Thompson around the time his reunion with Kardashian was being made public, during the “No Jumper” podcast. While Chase didn’t divulge too much detail about their alleged hookup during the podcast, she went ahead and laid out the timeline of her relationship with Thompson in her latest TikTok (See the video here) — and boy does this one hurt. 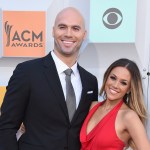 
All the Celebrities Who Were Unfaithful to Their Partners & Admitted It

While the 23-year-old Instagram model apologized for “[disclosing] personal information about Tristan,” during the podcast, she doubled down on their supposed affair and plainly captioned her post, “Yes the Tristan rumors are true.”

“In this interview, I was asked a question by my friend Hayden which I answered honestly. However, I did disclose personal information about Tristan which I do apologize for because that’s not okay and I shouldn’t have done that,” Chase said in the video.

She continued, “However, me answering the question about our past relations, that is true. We did have past relations. I then found out he was in a relationship and I ended things.”

So when exactly did Thompson and Chase allegedly begin talking? According to Chase, “We first met [in] November — November 11th to be exact — and that’s when everything started. And then the last time we had contact — besides when he messaged me after finding out about the interview — it was the day after his daughter’s birthday party when he just got back from Boston”  Record scratch — wait, what?

If Chase’s claim is true, that would mean that the last time she and Thompson talked was just one day after he and Kardashian celebrated their daughter True’s birthday party, which was just two weeks ago.

Thompson did not attend his daughter’s birthday party since he was out of town for a game with the Boston Celtics, but he took to Instagram to share a birthday tribute for True. If he and Chase were indeed still in contact around this time, it seems that that would contradict Chase’s earlier claim that she “cut him off” when she found out that he was in a relationship — as he and Kardashian have been publicly reunited for a while now.

It’s disappointing to hear that Thompson might have, once again, betrayed Kardashian’s trust. While we were hoping for Kardashian to have a healthy relationship with the father of her daughter, we totally understand that the reality TV star might be utterly heartbroken at these new reports, if they prove true. Thankfully, she has a crew full of supportive sisters who have her back no matter what.

Before you go, click here to see all the celebrity couples who have stayed together after cheating scandals.