For those holding out hope that Tom Brady and Gisele Bündchen were going to reconcile, things have taken a more drastic turn. After weeks of new reports coming in that the two were in marital woes, from living separately to tearful phone conversations, it seems their impending separation is more final. A new report from Page Six discovered that the two had retained individual divorce lawyers.

It seems they’re ready to end this marriage as soon as possible, while both retaining their million-dollar fortunes.

“I never actually thought this argument would be the end of them, but it looks like it is,” one of the close sources told the outlet. “I don’t think there will be any coming back now. They both have lawyers and are looking at what a split will entail, who gets what and what the finances will be.”

Reports of an epic fight between the two took place after Brady announced he was un-retiring from football. Bündchen reportedly had multiple conversations with Brady about being more present with her and their three children, but it’s seemingly been ineffective.

Now, things can still change: many A-list couples have filed for divorce, gotten lawyers, and more, but have reconciled after some time. Whether or not this is the case, we just hope their family is doing fine amid all the drama.

Bündchen and Brady have been together since 2009, marrying in 2009 in a lavish ceremony. They have three children together named Benjamin, 12, Vivian Lake, 9, and Brady’s son John Edward Thomas Moynahan, 15, from his previous relationship with Bridget Moynahan. 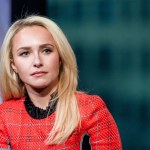