Todd and Julie Chrisley have a long road ahead of them — not only with their June 2022 conviction of tax evasion and bank and wire fraud and conspiracy, but also with the custody of their 10-year-old granddaughter Chloe, which seems to be a sticking point. With Julie sentenced to seven years in prison and Todd facing 12 years behind bars, things are looking bleak for the family.

Chloe is the child of son Kyle Chrisley and his ex-wife Angela Johnson, but the Chrisley Knows Best stars gained full custody of the little girl in 2016 and officially adopted her in 2017. Julie made it very clear on her daughter Savannah Chrisley’s podcast Unlocked in November that she and Todd consider themselves Chloe’s “parents.” Julie noted to Savannah, “She is ours. She is our daughter. She is not our granddaughter. She is our daughter, which makes her your sister.”

Savannah is going to step up and take over custody of Chloe and her 16-year-old brother Grayson while her parents are behind bars, so it makes the situation very complicated. “[I’m] trying to navigate how you teach two younger children who aren’t fully developed yet and get them to understand the circumstances,” Savannah shared, “That’s a really, really difficult thing.”

Adding another layer to the issue is the fact that Johnson wants to regain custody of her daughter now that the Chrisleys won’t be around. “I’m her biological mom. I didn’t walk away from her. I was pushed out of her life,” she told TMZ. Hold the brakes though because the Chrisleys’ lawyer, Jessica Doyle, has now entered the chat. “I handled the formal adoption of Chloe by Todd and Julie Chrisley. Angela Johnson’s parental rights were terminated when she voluntarily surrendered her parental rights to Todd and Julie Chrisley on March 24, 2017,” she explained to People. “She has had no contact with the minor child since 2015.” That’s all fans need to know: The papers are signed, Johnson gave up her parental rights to Chloe, and big sis Savannah is now in charge. 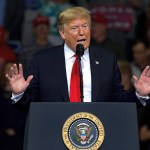 Grayson Chrisley Says He 'Didn’t Have A Choice’ About Being On Reality TV!