One of the sweetest images on the red carpet on Wednesday night in Los Angeles was Leni Klum supporting her dad, Seal, at the premiere of The Harder They Fall. We’ve seen lots of photos with Leni and her mom, Heidi Klum, over the past few years, but this was a rare father-daughter sighting.

Seal adopted Leni when she was five years old, but her biological father is Italian businessman Flavio Briatore, who has maintained a relationship with his daughter over the years. While the budding supermodel‘s relationship with both of her fathers is kept largely under the radar, it’s wonderful to see that she has so much love from both men. “Leni is my natural daughter, but the three of us happily agreed that it made more sense if Seal adopted her, because a child needs to grow up in a family,” Flavio told Il Corriere della Sera, via MailOnline. “Heidi, Seal and I have built an amazing relationship.” 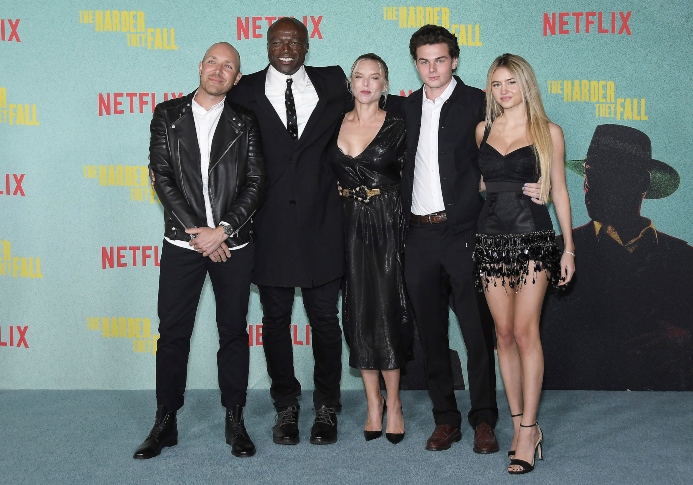 And even though Seal is divorced from Heidi, it’s nice to see that he’s still present in her very busy life. Leni looked excited to be with her dad, who worked on the soundtrack for the Netflix film and she even brought along boyfriend Aris Rachevsky to join in the celebration. Leni was decked out in a stunning little black dress that showed off her gorgeous long legs. Seal and Rachevsky kept it simple with handsome black suits. 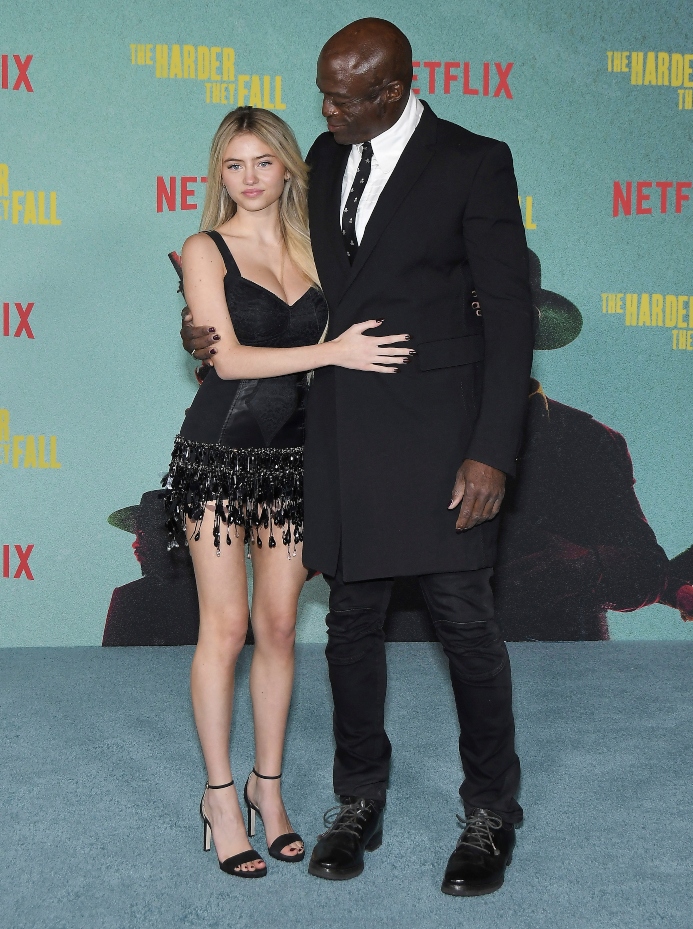 In an interview with ET, Seal called over Leni to join him and said that it was “the most proud moment of his life” to have her with him on the red carpet for the first time. “From the day I met her mother and she was two weeks pregnant with this beautiful lady, we’ve always had that bond,” he boasted about their strong ties. “Yeah, we’ve always been close,” Leni chimed in. It’s wonderful to see that they are all a united family, even though Seal and Heidi are no longer together.

Before you go, click here to see kids who are following in their supermodel moms’ footsteps.

The Chase outrage as fans fume at ‘unfair’ question given to blind player ‘Take the p**s!