Home » Entertainment » The Sound in Their Ears? Black Thinkers Sharing ‘Lessons in Survival’ The Sound in Their Ears? Black Thinkers Sharing ‘Lessons in Survival’

A Vineyard Theater streaming project re-enacts verbatim interviews with James Baldwin, Toni Morrison and others to explore echoes between the past and the present. 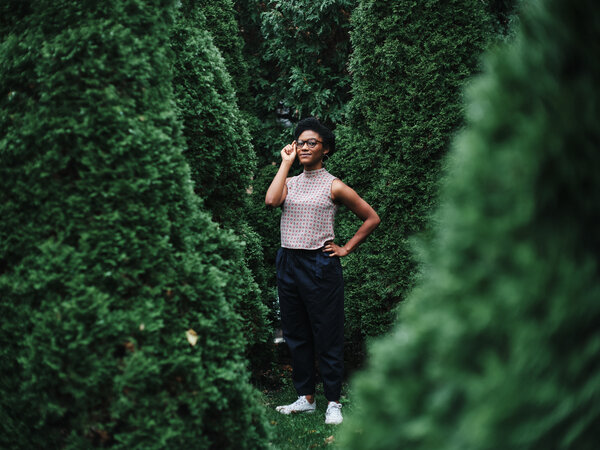 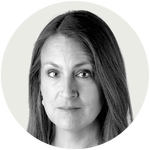 In 1993, Toni Morrison appeared on “Charlie Rose.” The occasion was her new novel, but the conversation turned to the eruption in the streets of Los Angeles after the acquittal of three white police officers whose beating of Rodney King had been captured on video.

“What struck me most about the people who were burning down shops and stealing was how long they waited — the restraint, not the spontaneity, the restraint,” Morrison said, leaning quietly but emphatically into each word.

“The moment to be anarchic was when we saw those tapes,” she continued. “They waited — how long was it? Nine months? A year? They waited for justice, and it didn’t come.”

Morrison’s words seem aimed right at 2020. And in “Lessons in Survival,” a multipart project presented virtually by the Vineyard Theater, that’s exactly where they land.

The project, created by a new collective called the Commissary, takes a two-sided (at least) approach to the idea of survival. On one level, its eight episodes — which feature verbatim performances of interviews and speeches by James Baldwin, Lorraine Hansberry, Angela Davis and other Black artists and activists — investigate how African-Americans have endured centuries of racism and trauma.

But it also offers one provisional answer to the question of survival for theater itself, at a time when the pandemic shutdown and a national reckoning on race have left artists wondering not just when they’ll be onstage again, but who, how and why.

“An alarm has been pulled,” Tyler Thomas, the project’s director, said in a video interview. “What we have tried to do is collect the spiritual, intellectual and performative tools to reimagine new ways of being, to say the old cannot be the same.” 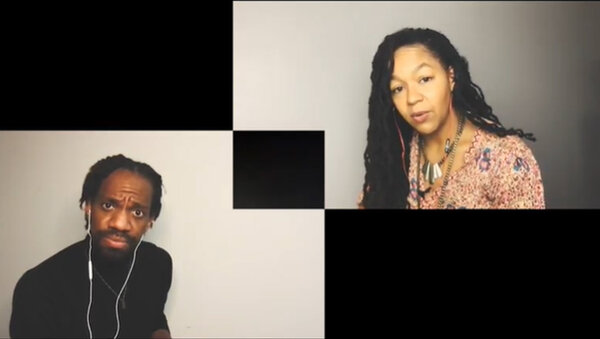 The work, whose final installment begins streaming on Nov. 1, is part consciousness-raising, part history lesson and, for the actors, part white-knuckle ride, thanks to the unusual tool they are charged with using — reciting the lines not from a memorized text, but off an audio recording fed directly into their ears.

“It’s like its like running after a locomotive in Birkenstocks,” the actor Reggie D. White said of trying to keep up with Baldwin, whom he plays in one episode. “You’re just doing the best you can to hold onto the caboose before you get left in the dust.”

“Lessons in Survival” grew out of an informal group that started gathering at the apartment of the actor Marin Ireland in January. She was between projects, and decided to invite about a dozen friends from a 2019 production of Abby Rosebrock’s “Blue Ridge,” including the actor Peter Mark Kendall, to read through plays.

In March, the pandemic shuttered the entire theater industry. Ireland got sick with Covid-19, and after recovering, reconvened the group via Zoom in April. At first, they did readings of old plays, or helped writers in the group with work in progress. Then, in late May, came the killing of George Floyd, and the explosion of protest across the country.

“As a collective that was already meeting, we started asking, ‘What can we do? What can we say? Does anything matter?” White said.

The actor Kyle Beltran suggested the group look at an extraordinary two-hour 1971 dialogue between Baldwin and Nikki Giovanni recorded for the PBS show “Soul!” But it didn’t feel right to claim the words, or inject them with too much actorly ego. So Ireland suggested trying a technique she was familiar with from work with the Wooster Group: performing off a recording of the text piped directly into the actors’ ears.

“The whole sky lit up,” Ireland said of the initial attempt, which rotated the two roles through several sets of actors. “It was truly an electric feeling. We were all texting each other saying, ‘Everyone needs to see this!’”

The group had already tapped Thomas, an assistant director on “Blue Ridge” who has also worked with found texts, as its resident director. Within a few weeks, they were pitching the Baldwin-Giovanni dialogue to theaters, including the Vineyard, which has won acclaim with found-text pieces like Tina Satter’s “Is This A Room” and Lucas Hnath’s “Dana H.” (which featured Deirdre O’Connell, who is also part of “Lessons in Survival”).

Sarah Stern, the Vineyard’s co-artistic director, said she was sold within two minutes of hitting play on the sample the group sent. “I just felt it right in my body,” she said. “I thought this should be nourished into something that can be shared with audiences.”

The Commissary, which expanded to about 40 regular participants, is emphatically non-hierarchical. Ireland, White and Kendall, who along with Thomas are credited as “co-conceivers” of “Lessons in Survival,” jokingly call themselves “the interns.”

The initial pitch to the Vineyard was just to do the Baldwin-Giovanni dialogue. But the group also began digging up and working on other recorded interviews and speeches, to flesh out references in the dialogue, and to explore figures that individual Commissary members wanted to know more about.

They crowdsourced about 50 pieces, many of which have been presented more informally in weekly livestreamed “open rehearsals.” All those sessions are archived, and like the eight filmed episodes will remain available through Nov. 29 to those who buy a season pass, and to Vineyard members after that. (A separate Commissary project, “Why Would I Dare: The Trial of Crystal Mason,” based on the transcript of a 2016 voting rights case, is being presented online by Rattlestick Playwrights Theater through Nov. 2.)

The filmed episodes, which run between 30 and 45 minutes, are more tightly structured around themes like what it means to be a revolutionary, or lesser-known Black women activists who have been obscured by the traditional focus on charismatic male leaders. (White actors have mostly small roles as interviewers, who are often uncomprehending or antagonistic or both.)

Dates for the interviews are flashed onscreen. But the lack of any other context, along with the contemporary Zoom-room aesthetics of most backdrops, underlines the sometimes uncanny sense that these historical figures are, in fact, appearing on television right now.

It’s hard to find exactly the right verb to describe the relationship between actor and character. Playing? Embodying? In interviews, most performers went with some variation on “channeling.”

“We talk about it as like hearing a song you’re remembering the lyrics to,” said Kalyne Coleman, who portrays Giovanni and Hansberry. “With Hansberry, I think of her sound as flute and sax. I think of Nikki Giovanni as a soft drum that hits hard.”

The recording process was nightmarishly complicated, and not just because of Wi-Fi failures and video freezes. Depending on the number of actors, each one might be hearing four or six or more voices in their ear simultaneously.

But Thomas’s guiding principle as a director, she said, was simple: “I’m doing what the actors are doing, which is listening. I’m also trying to get out of the way.”

The piece is a multilayered exploration of the nature of intergenerational transmission. It’s an idea baked into the 1971 dialogue between Baldwin, who was 46 at the time, and Giovanni, who was 28. And it’s there in the multiple Baldwin interviews in the series, whose dates range from 1968 to 1987, a few months before his death.

It’s also there in the cast which includes veterans — like Joe Morton (also in the Public Theater’s recent audio play “Shipwreck”) and Myra Lucretia Taylor (a current Tony Award nominee for “Tina: The Tina Turner Musical”) — who are old enough to have heard the interviews when they first aired alongside recent M.F.A. graduates who sometimes only knew the Black luminaries’ names, if that.

Thomas, who is 27, said she was struck by how often the figures channeled in “Lessons in Survival” spoke about the next generation.

“We all were learning from our ancestors,” she said, “and what was amazing was how much they referenced us, and what their hopes were for us.”

Sooo, Ariana Grande's "34+35" Lyrics Are Literally All About Sex and Fans Are Shook