You know that Summer has officially entered into its final phase when back to school season has commenced, and for this final full week of August 2021, globally-recognized footwear brands are blessing us with a load of new releases over the coming days. However, before we sift through the end of the month’s best drops, let’s first synopsize all of the sneaker action that transpired last week.

Sole Mates — a weekly HYPEBEAST editorial series that focuses on designers, tastemakers, etc. who sit at the forefront of the sneaker industry — continued with a conversation with adidas’ Advanced Concepts design director Jean Khalife about the classic Gazelle. Additionally, our What the Tech? initiative explored On’s CloudTec technology for the latest CloudStratus 2 runner.

Some of the biggest news stories were sprung from 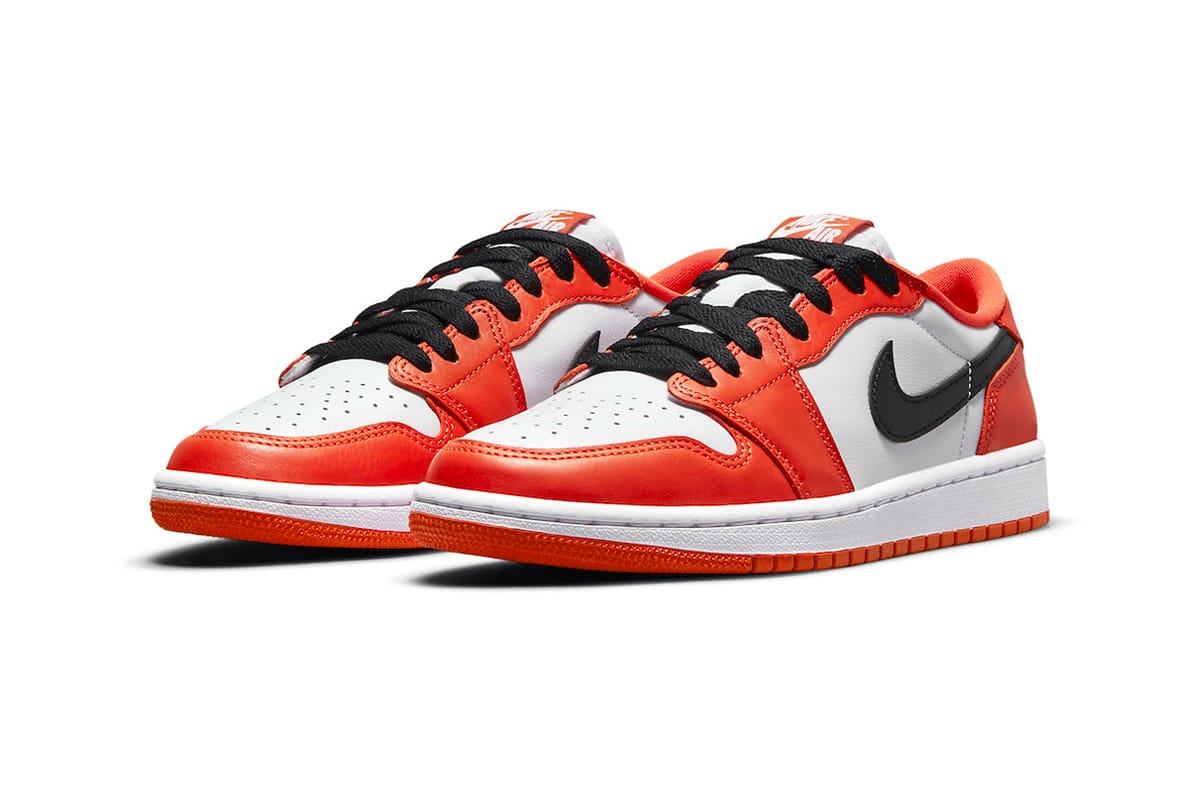 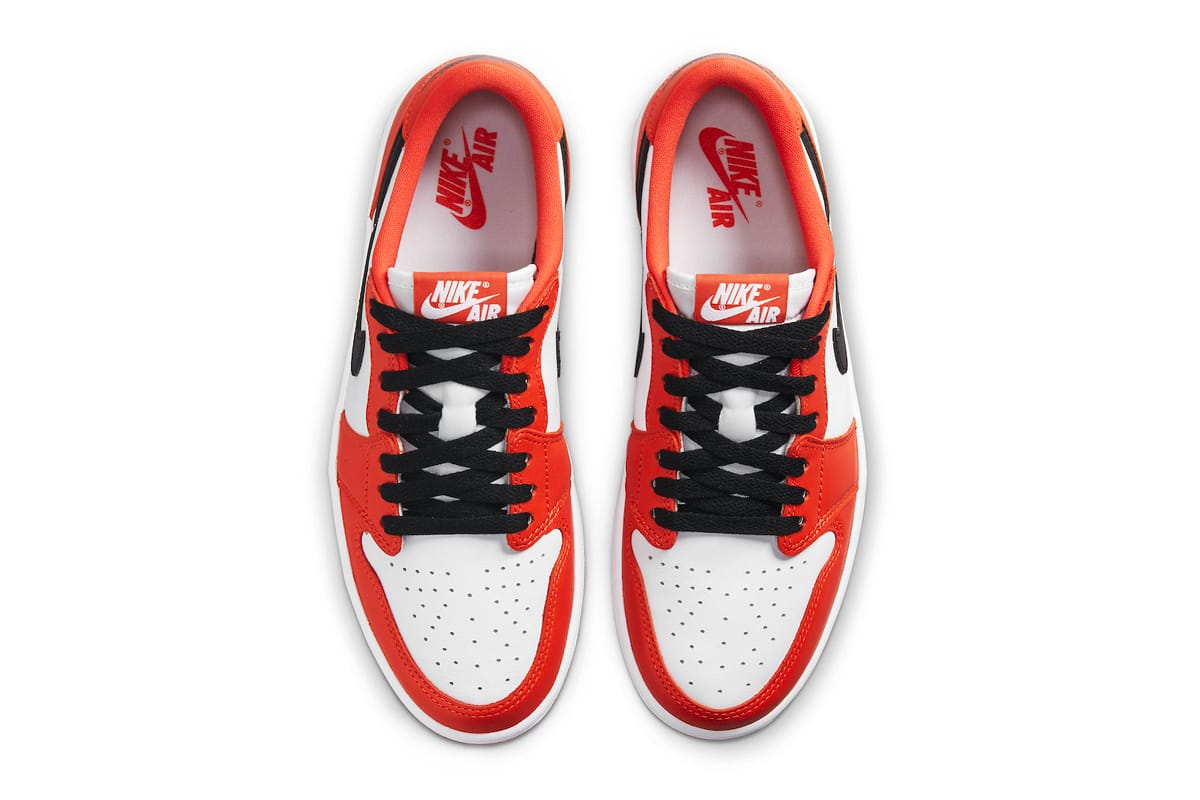 Release Date: August 26
Release Price: $130 USD
Where to Buy: SNKRS
Why You Should Cop: Ever since the “Shattered Backboard” motif first appeared on the Air Jordan 1 Retro High OG back in 2015, its orange, black and white color coordination have been well-received from the sneaker community. It touched other variations of the Air Jordan 1 but now it will, for the first time ever, be applied to the Air Jordan 1 Low OG. This variation essentially carries the same presentation as the AJ 1 “Reverse Shattered Backboard” that was released in 2016, but it’s chopped down to a lower height. 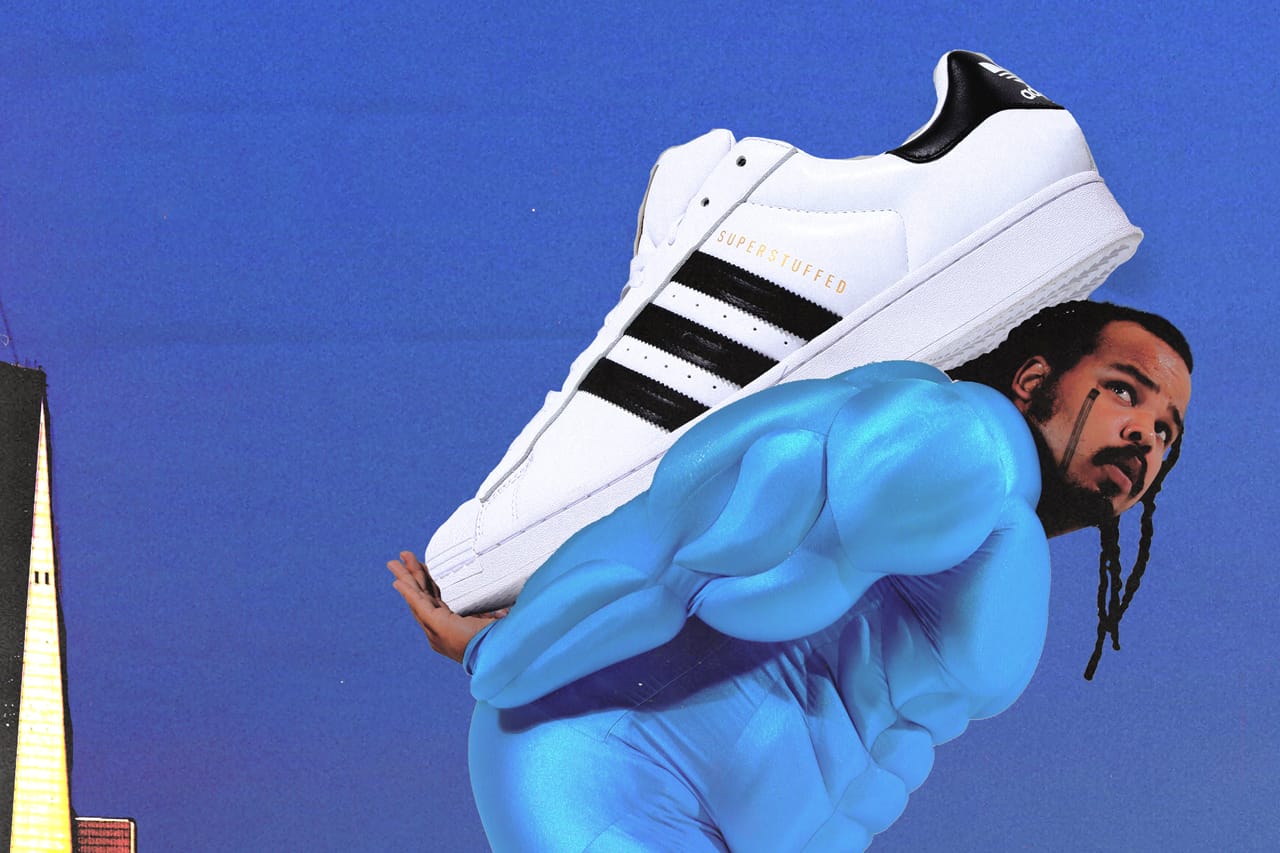 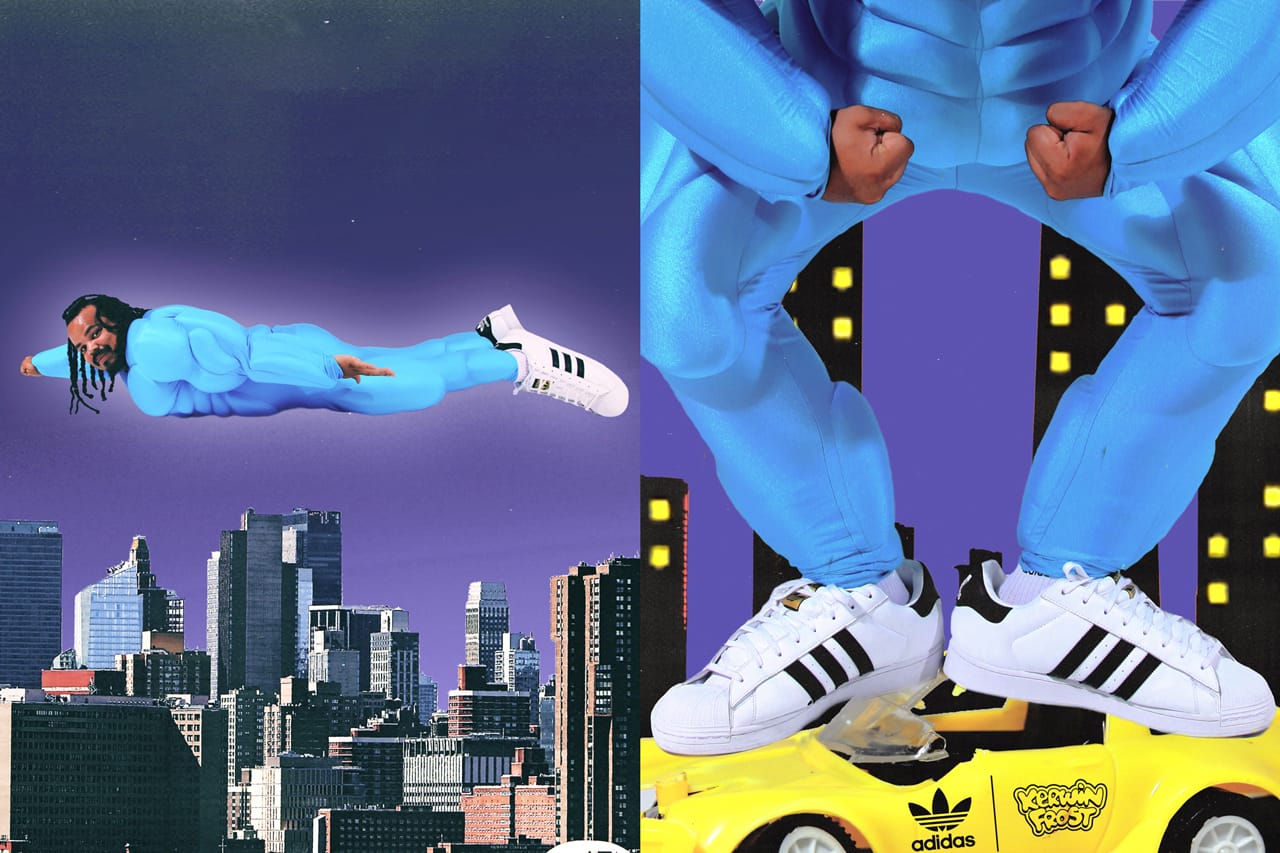 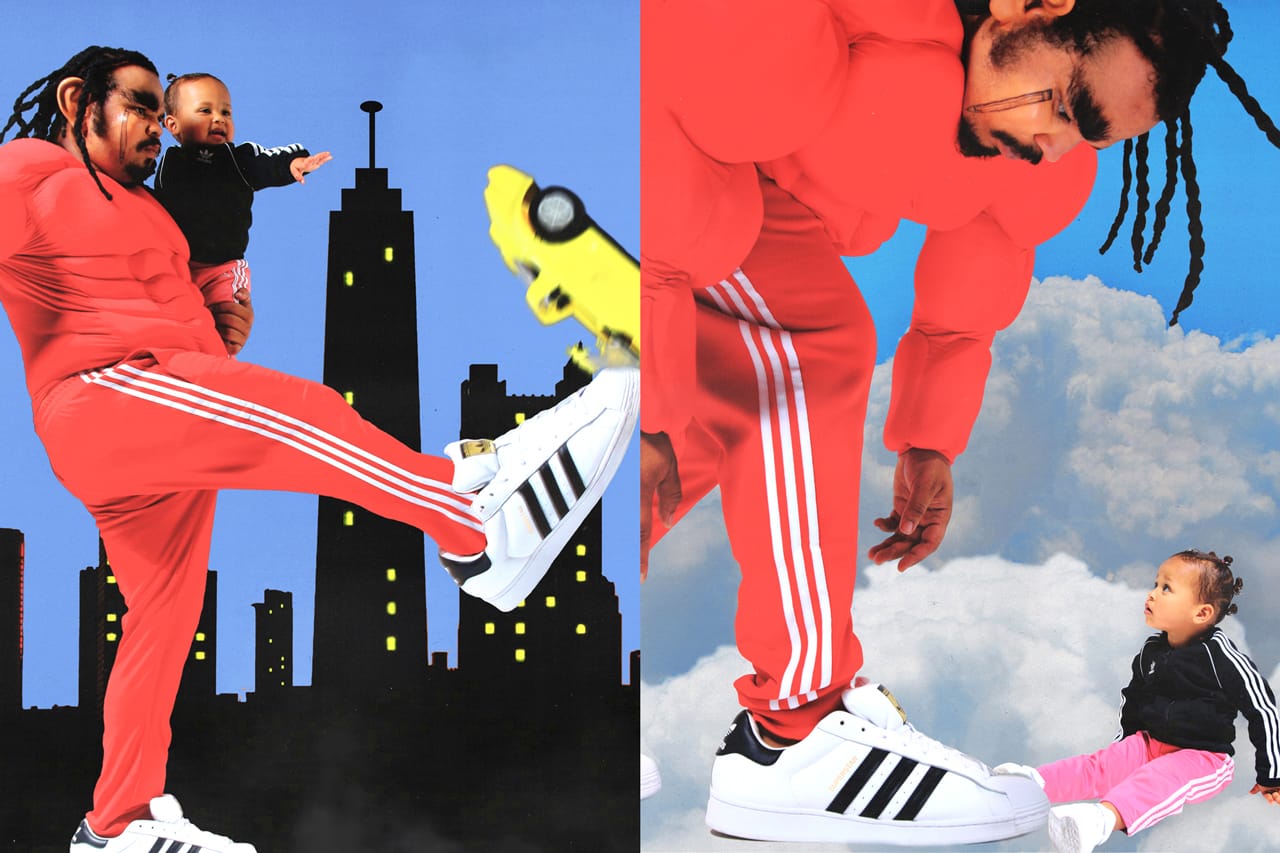 Release Date: August 26
Release Price: $250 USD
Where to Buy: adidas CONFIRMED
Why You Should Cop: Kerwin Frost is taking a (literal) big risk for his inaugural product launch with the adidas family he’s opting to drop this extra-kooky Superstar “Superstuffed” installment. The shoes draw from the oversized kicks that are usually worn by sports mascots and clowns. And to mimic this aesthetic, the shoes have been filled with enough extra padding to make them appear five sizes bigger than their actual size. The rest of its presentation harks back to the OG Superstars as its leather uppers and shell toes are presented in white while the black three stripes and metallic gold branding follow suit. 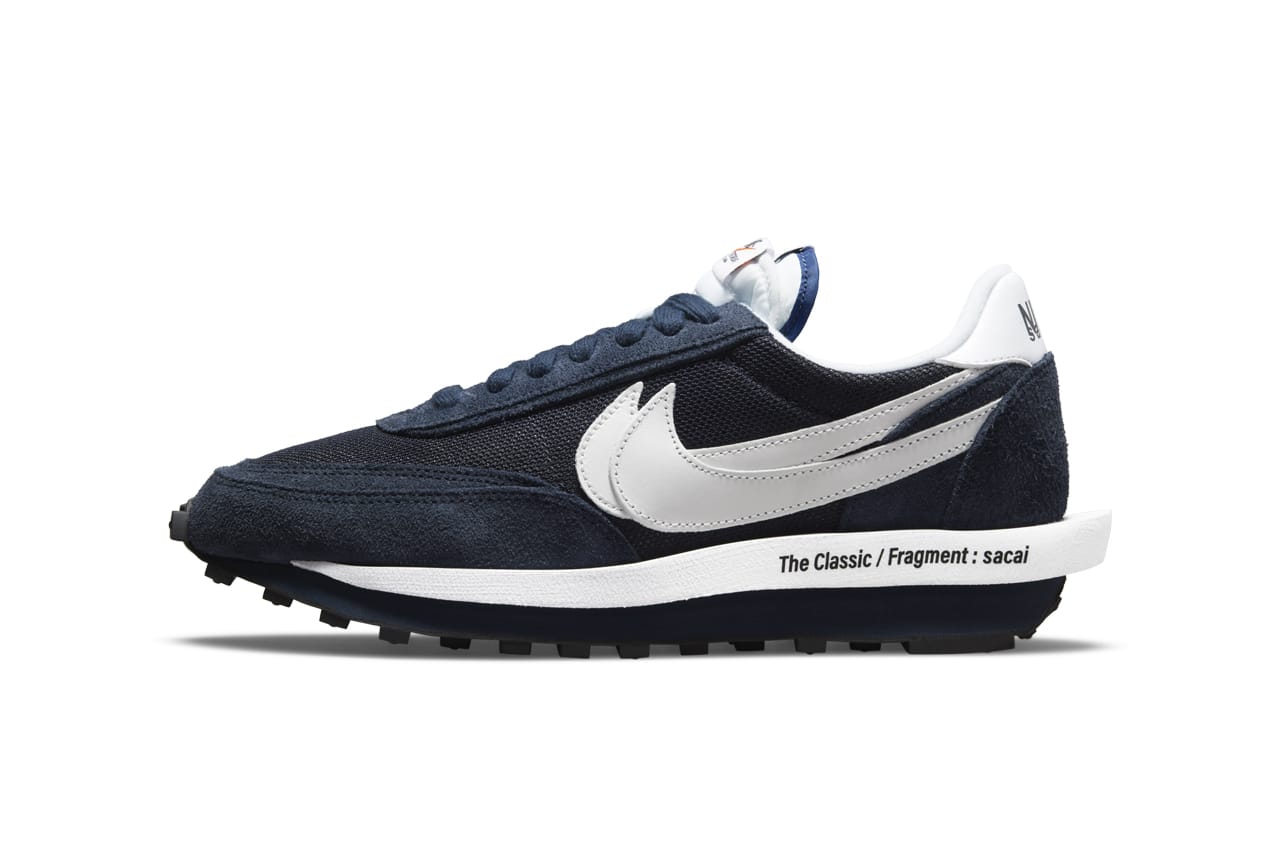 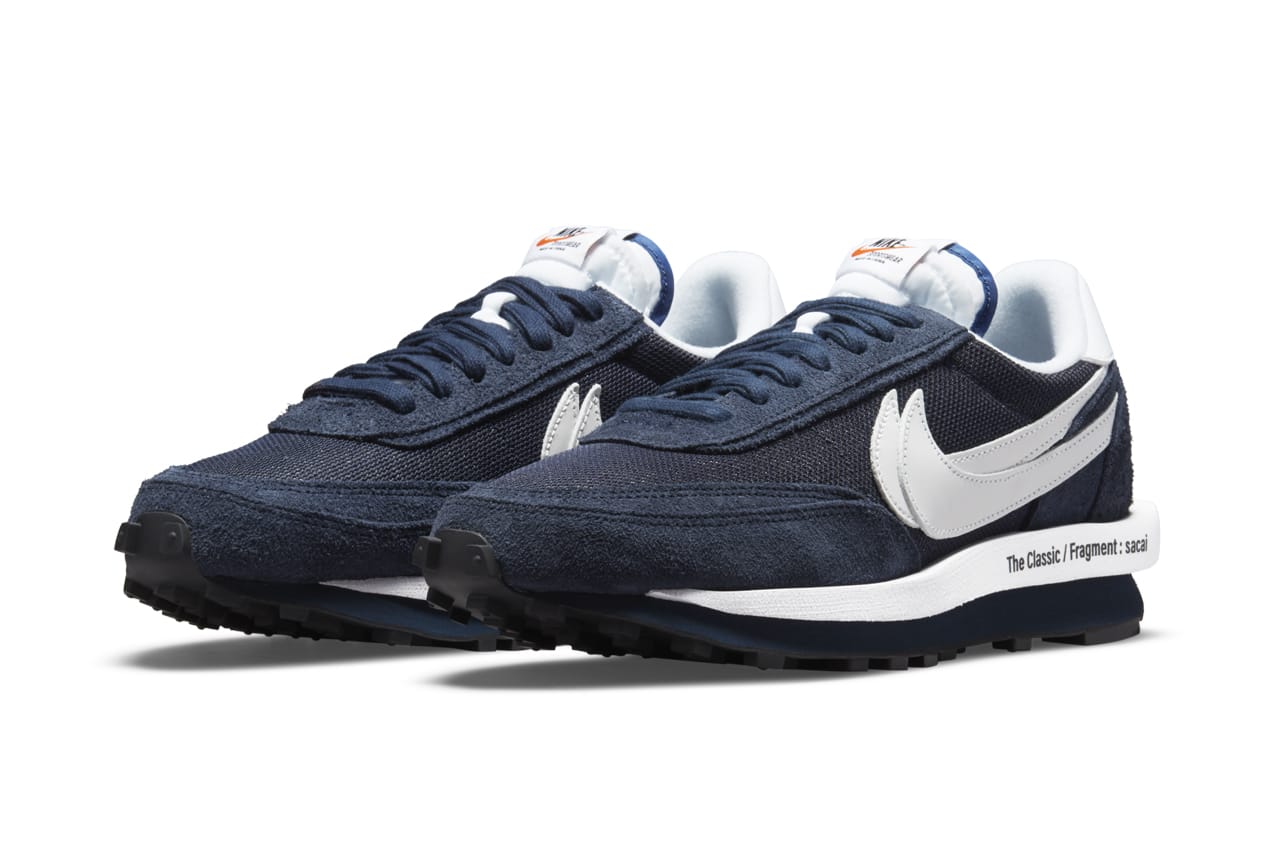 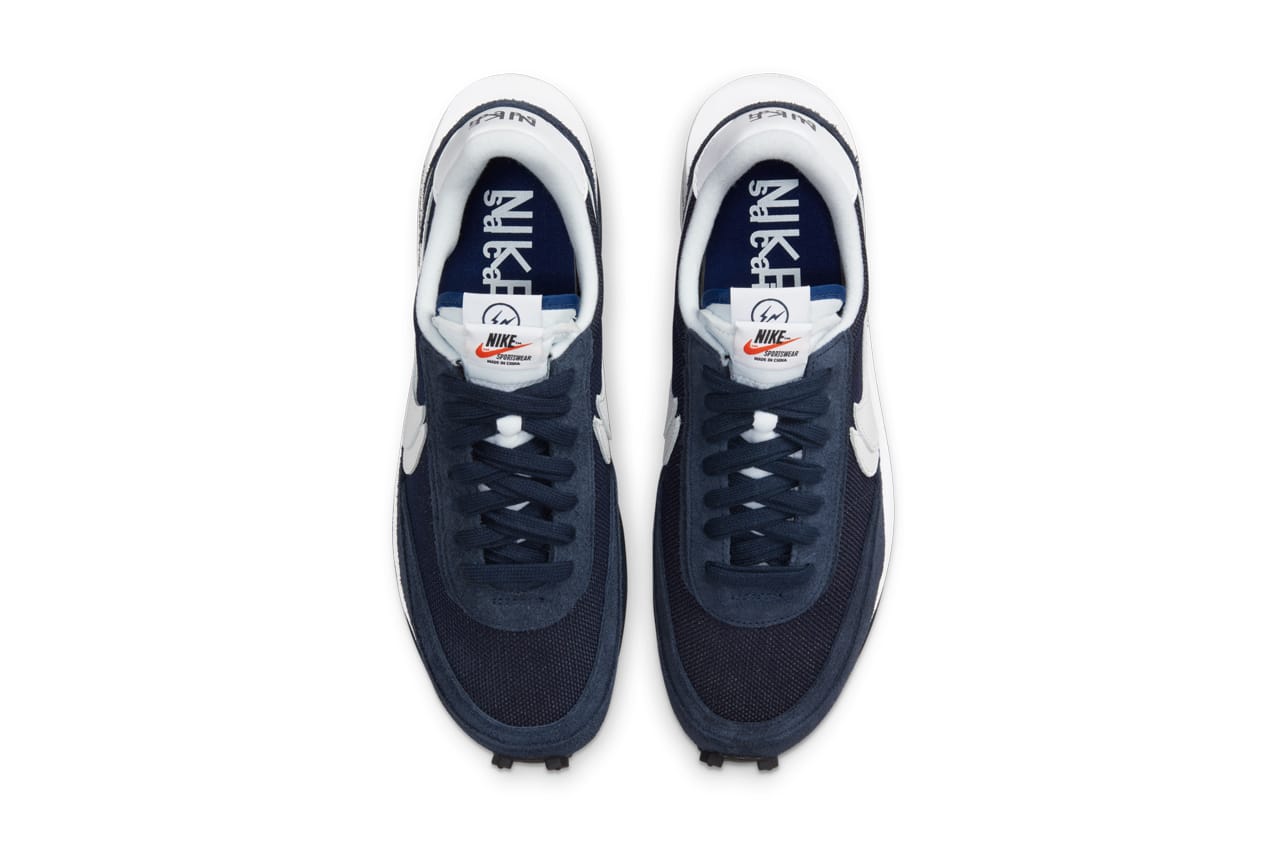 Release Date: August 27
Release Price: $170 USD
Where to Buy: SNKRS and Sneaker Politics
Why You Should Cop: Chitose Abe recently announced the next wave of her famed sacai x Nike LDWaffle collaborations, and one of the sets includes a three-way capsule with none other than fragment design. The “Blackened Blue” and the “Light Smoke Grey” colorways are involved in this range, the former of which will first be dropping on SNKRS and through other retailers. A majority of this installment is dyed to its titular shade, but bright white accents show up along the double-stacked Swooshes, tongue banners, heel overlays and the lipped out midsole that’s branded on both sides. 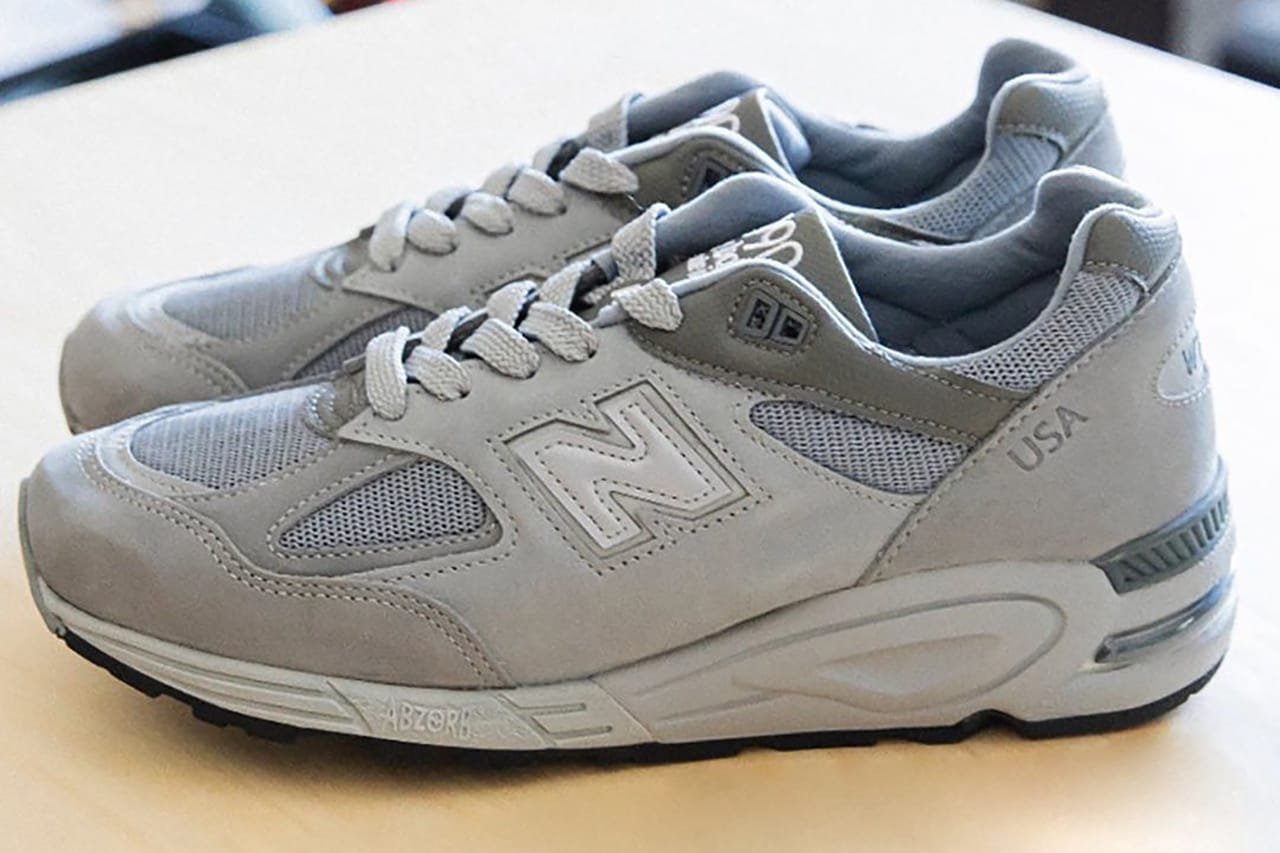 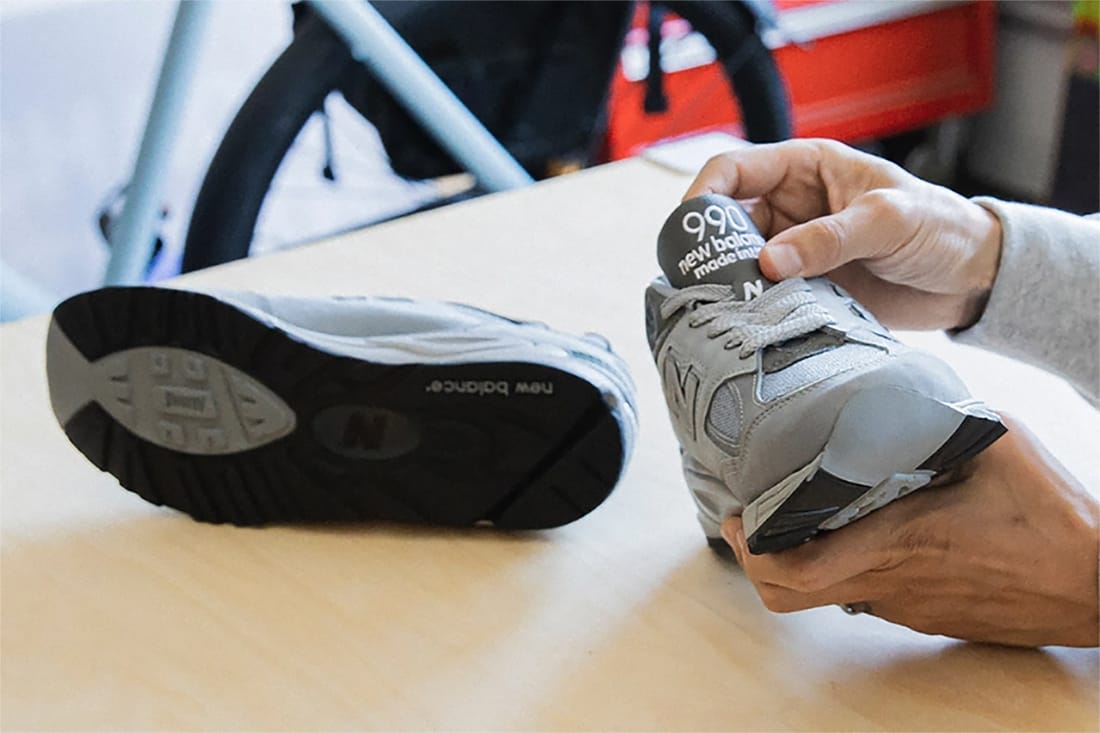 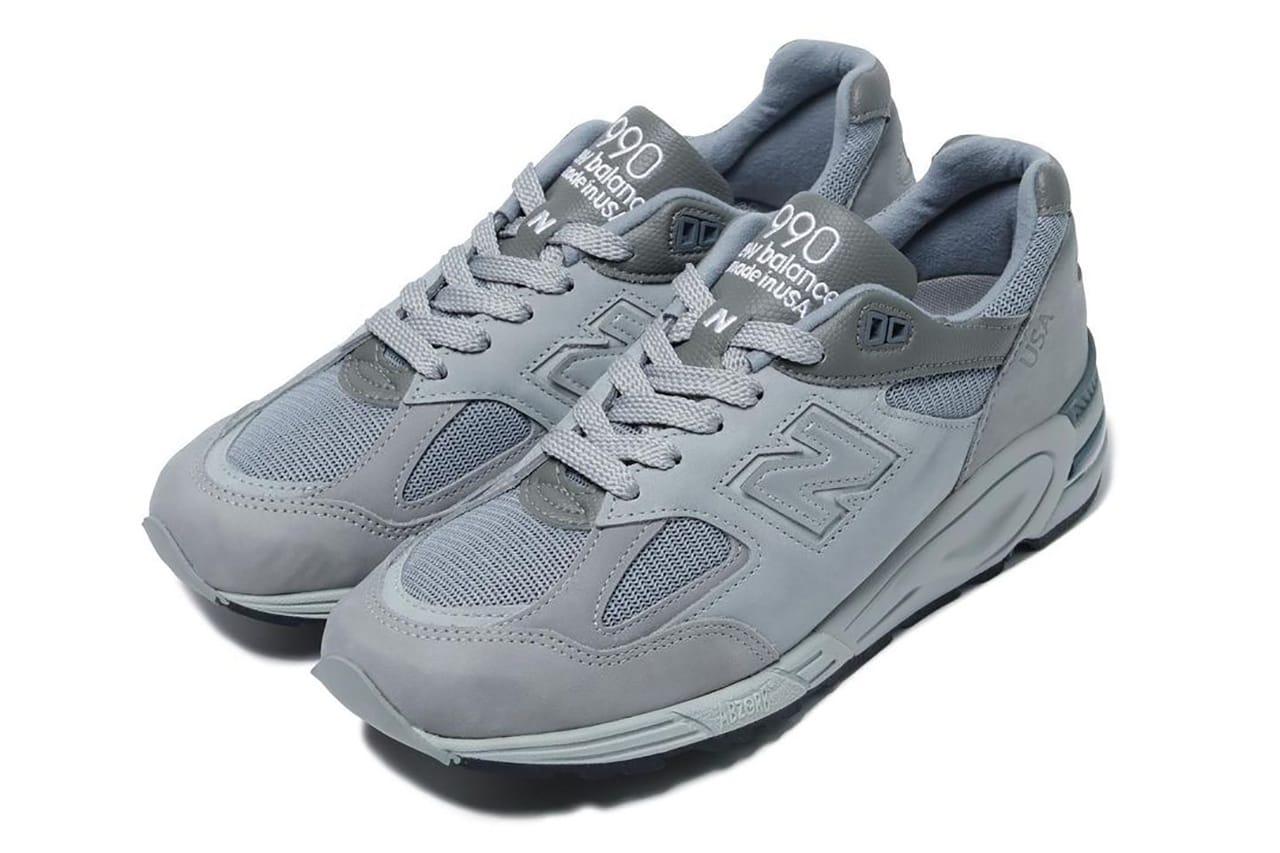 Release Date: August 27
Release Price: $391 USD
Where to Buy: New Balance Japan
Why You Should Cop: After the success that WTAPS and New Balance had with its military-friendly 992 collaboration in 2020, the two parties have decided to reunite and roll out another chapter of products. This time around, the Japanese imprint is seen applying a greyscale spin to the classic New Balance 990v2. Being that both brands have a great connection to the color grey, they effectively speak to this heritage by whipping up the lifestyle silhouette with a monochromatic motif. Releasing alongside the kicks are co-branded apparel that includes a pullover hoodie, crew neck and long sleeve and short sleeved tees. 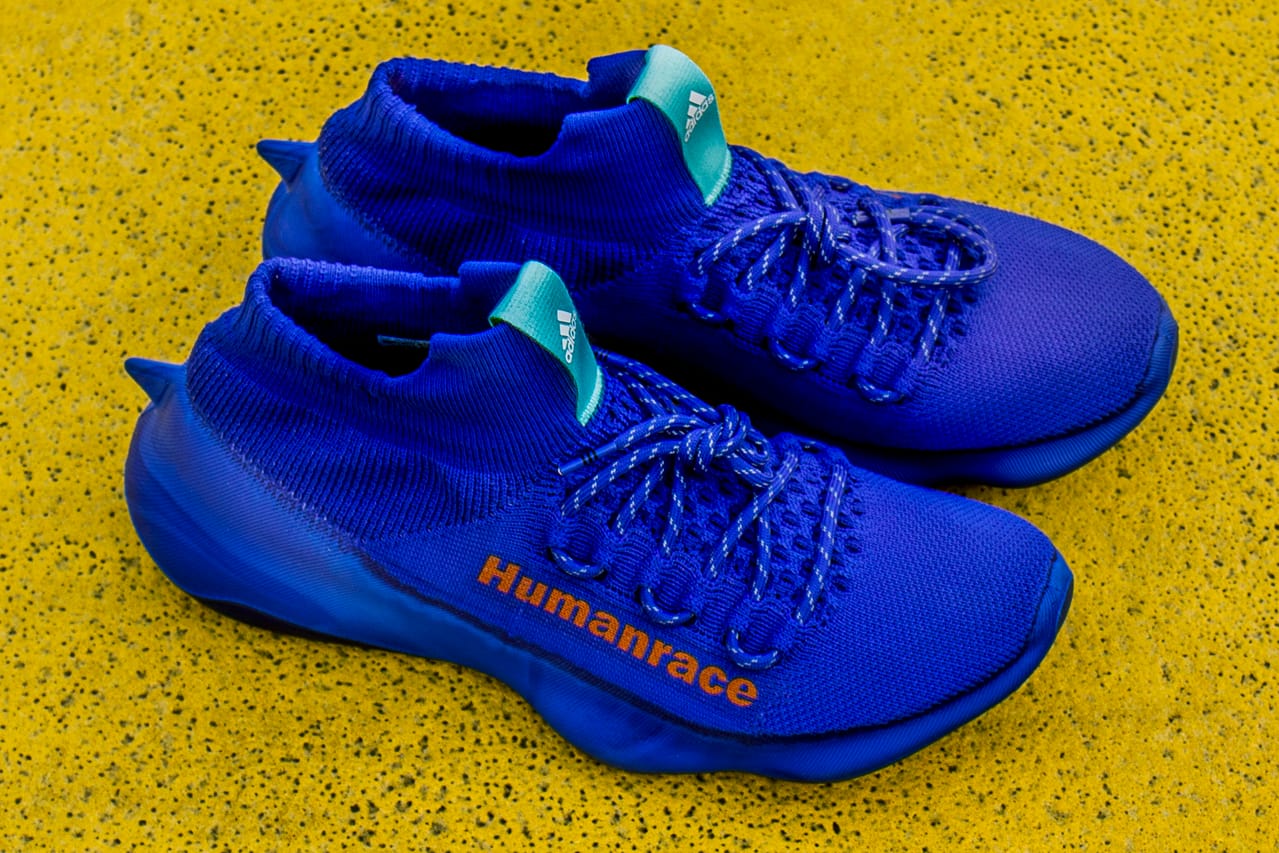 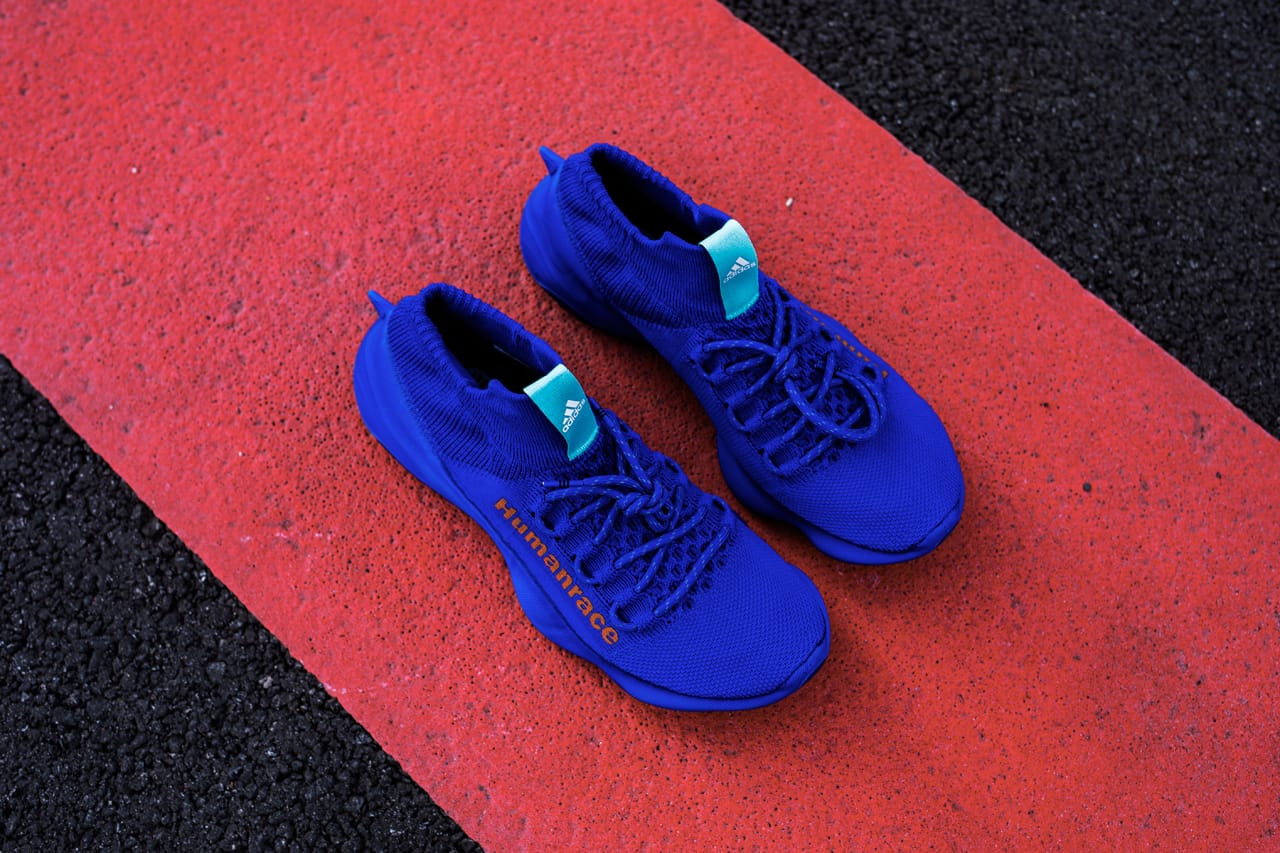 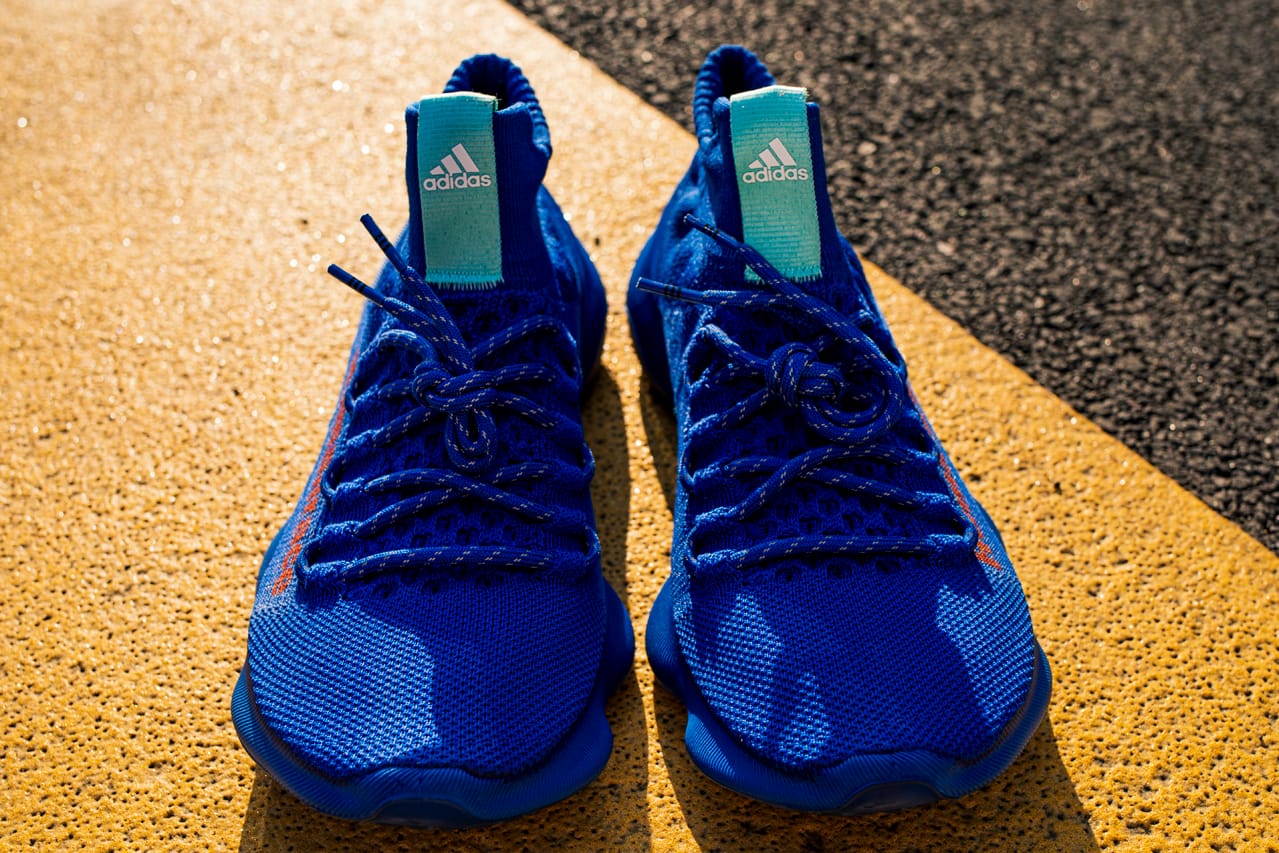 Release Date: August 27
Release Price: $180 USD
Where to Buy: adidas CONFIRMED
Why You Should Cop: Pharrell continues to be one of the most impactful creators in the various corners of pop culture from music to fashion to film. And this week, he’s expanding his sneaker catalog with adidas and debuting the Pharrell x adidas Humanrace Sičhona — a lifestyle, mid-cut model whose namesake is derived from the Indigenous American Dakota tribe’s customs, traditions and culture. Kicking off the silhouette’s journey is a striking “Team Royal Blue” colorway that’s offset with an “Easy Coral” Humanrace mid-foot hit. 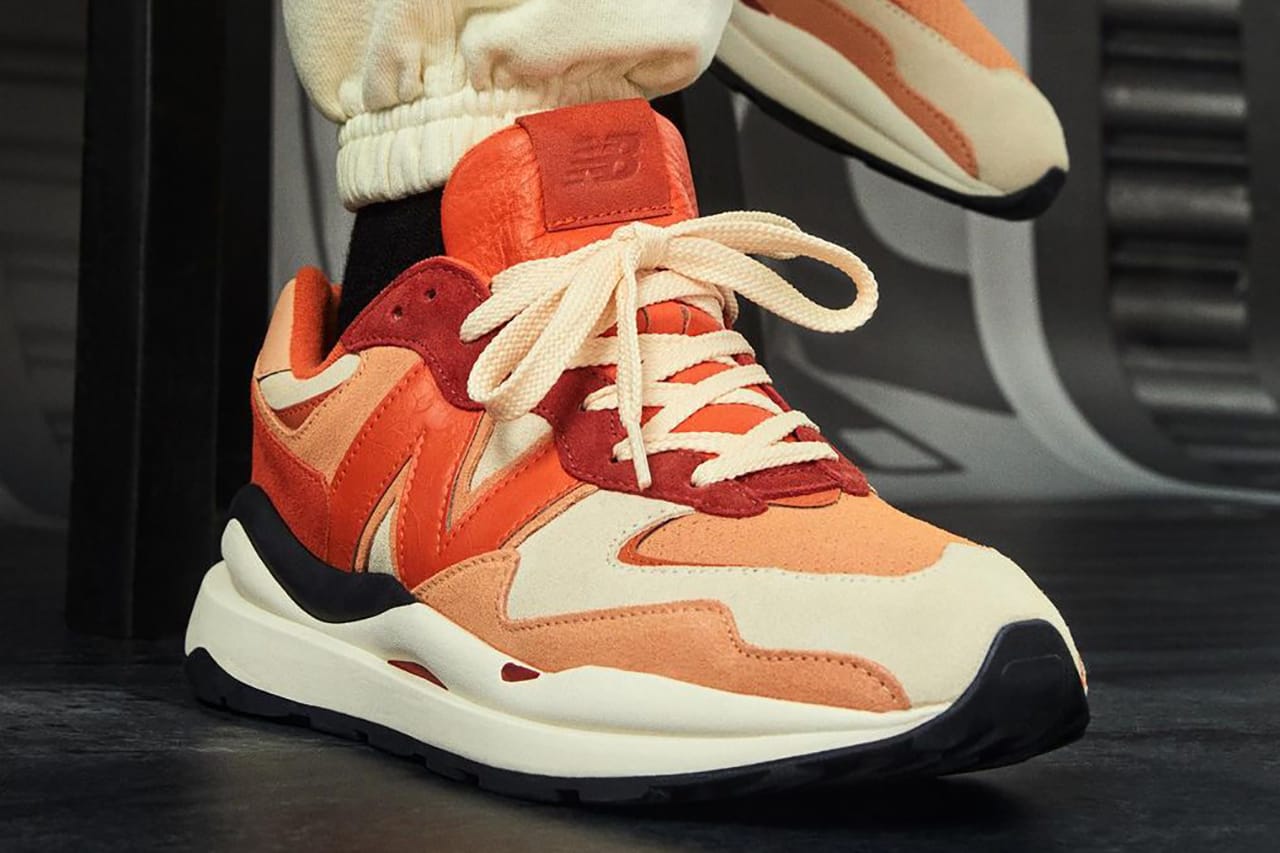 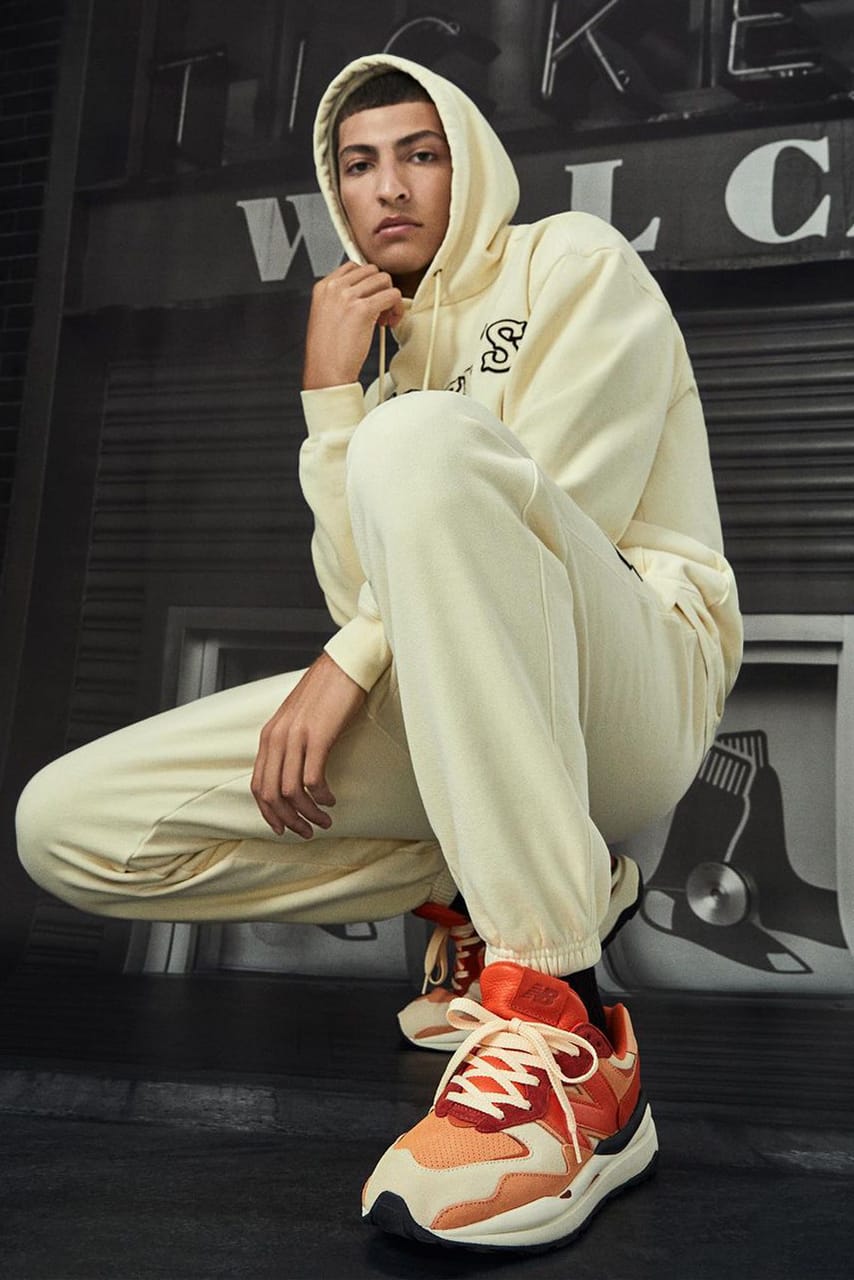 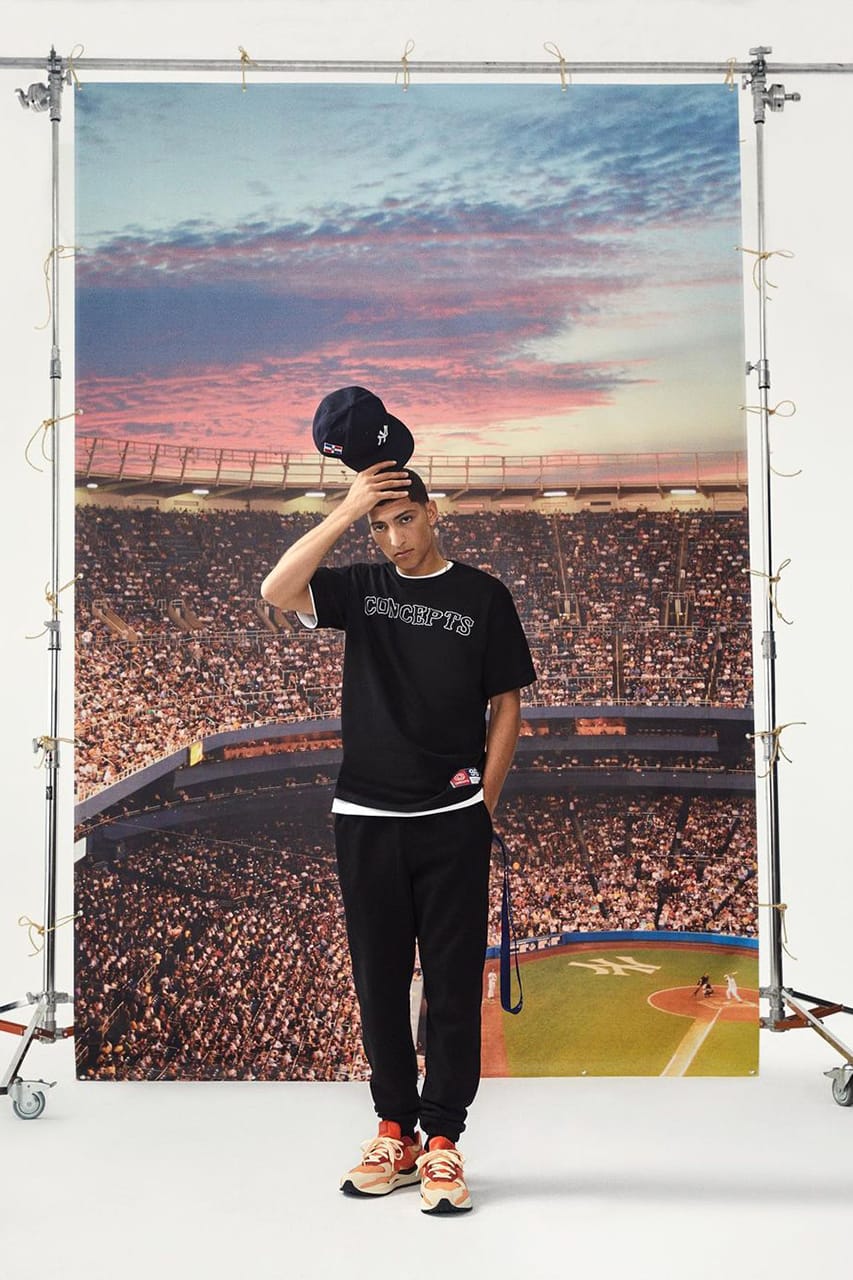 Release Date: August 27
Release Price: TBC
Where to Buy: Concepts
Why You Should Cop: For Concepts newest initiative Headin’ Home initiative with New Balance, it’s paying homage to two iconic pieces of baseball culture: Babe Ruth’s 1920s film Headin’ Home and the historical rivalry between the Boston Red Sox and the New York Yankees. Due to the fact that Concepts is based out of Boston, it makes sense as to why they would elect to nod to one of their hometown sports teams. The kicks are executed with various orange shadings and rich red accents to nod to their Fenway Park home team while accents from the “Bronx Bombers” are visible on the bottom pieces. Collaborative hoodies, sweatpants, baseball jerseys and more are also launching with the sneakers. 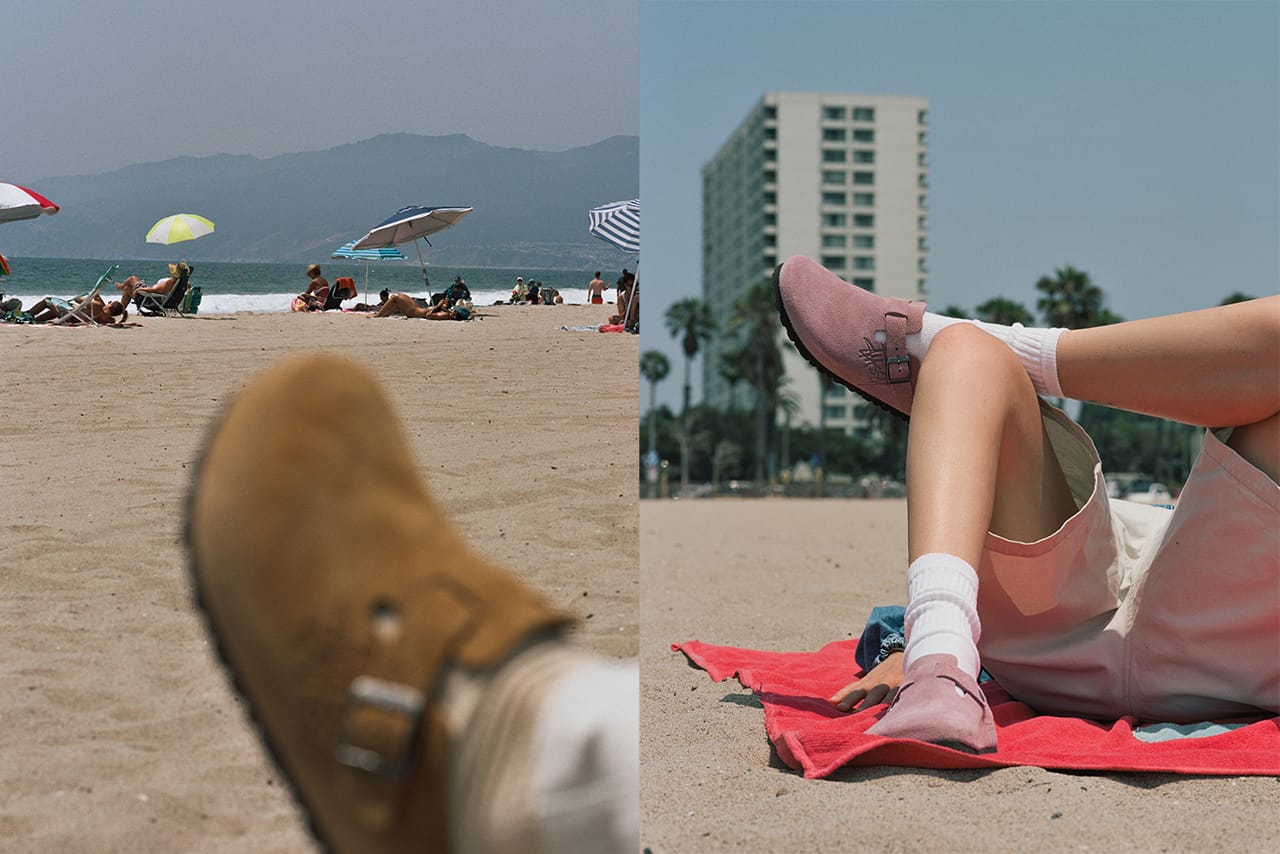 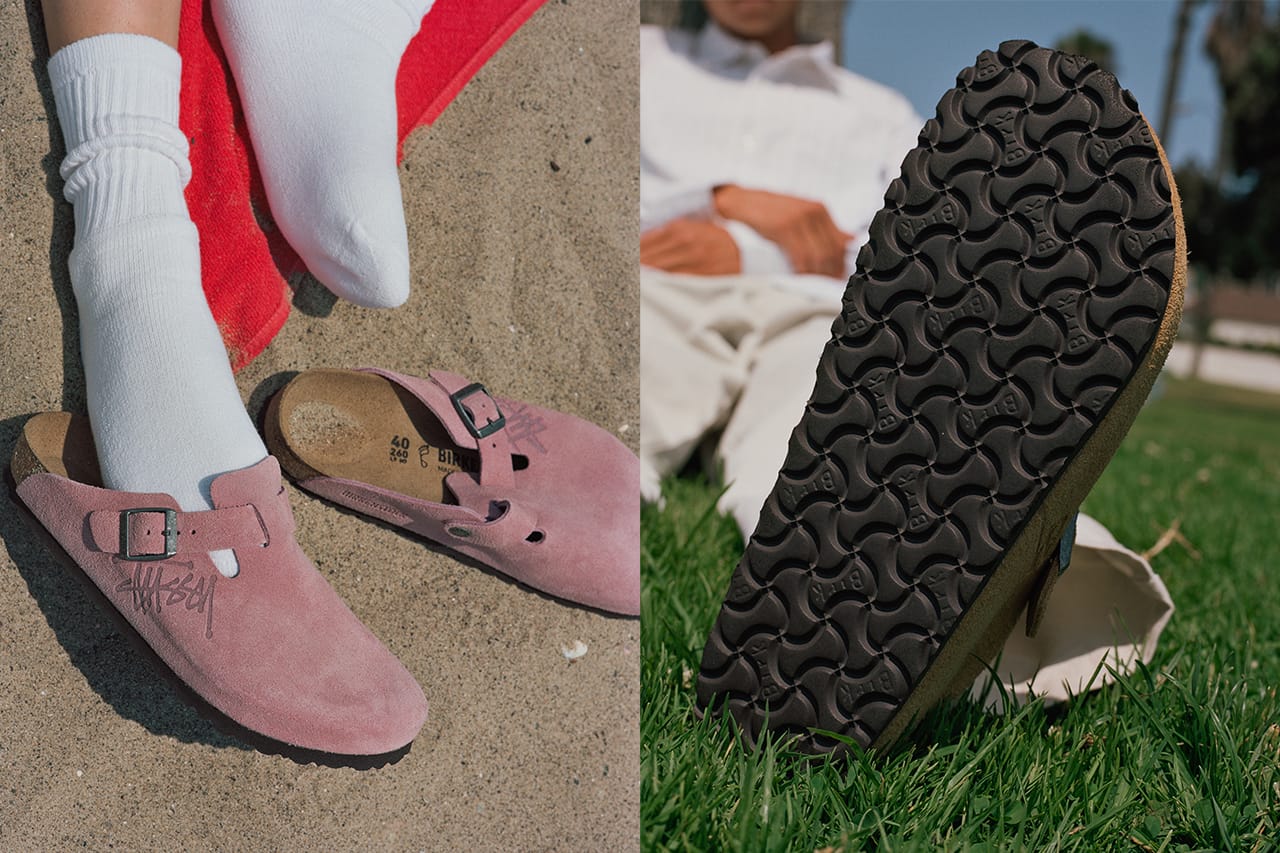 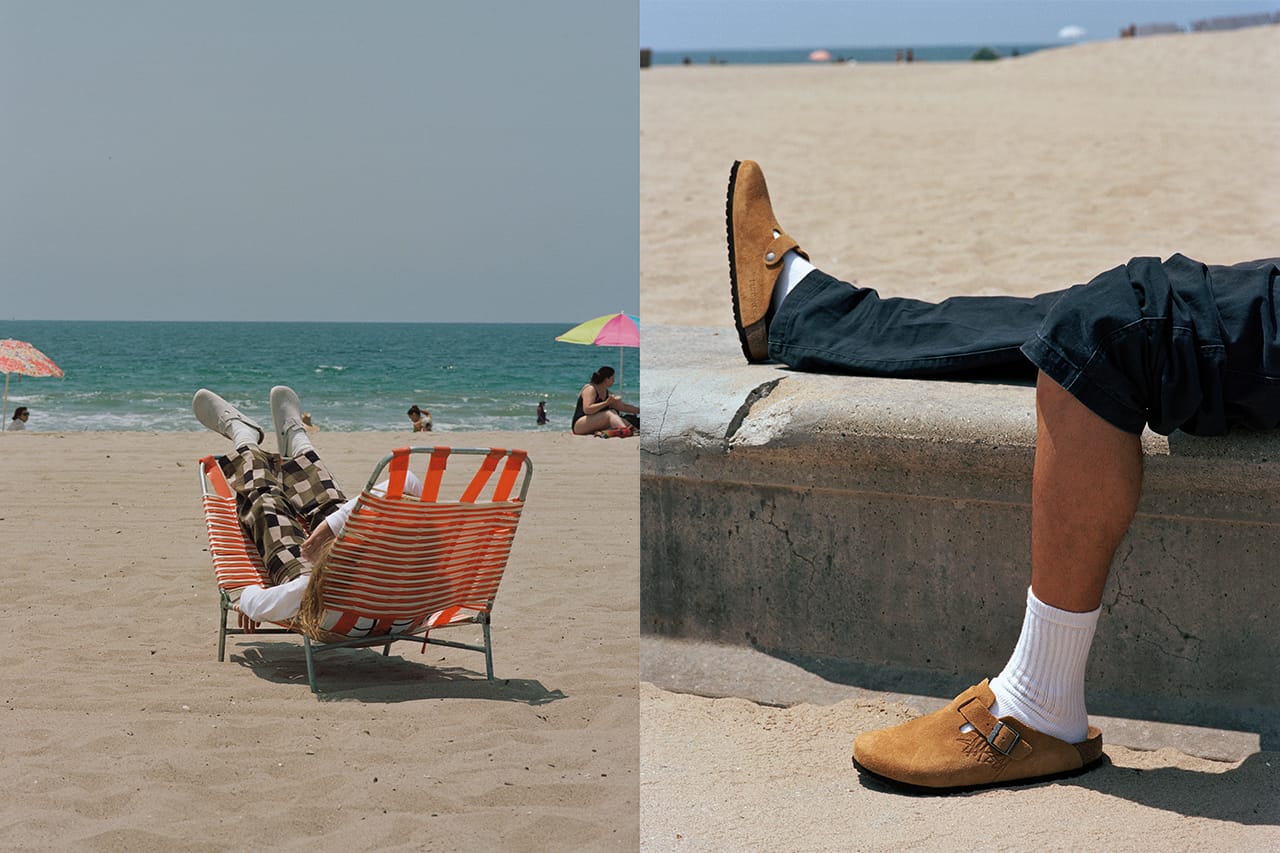 Release Date: August 27
Release Price: $185 USD
Where to Buy: Stüssy
Why You Should Cop: Stüssy and Birkenstock intro joined forces for two corduroy-infused takes of the Boston Clog back in 2020, and now they’re slated to build on that momentum with three more colorways. For this latest capsule, the two parties revert back to the model’s traditional suede uppers and emboss them with Stüssy’s logo just beneath the buckle. Three colorways of these easy-on-easy-off kicks are included in the launch: “Bone,” “Caramel” and “Dusty Pink”. 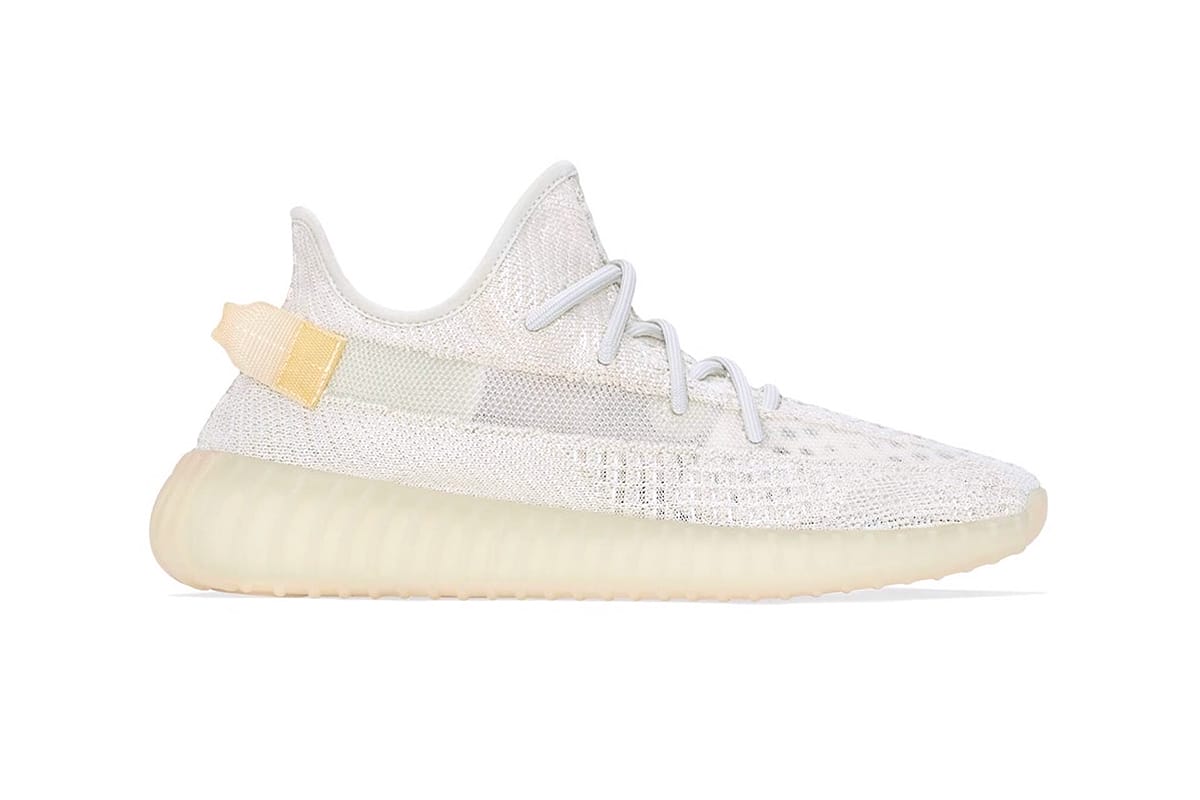 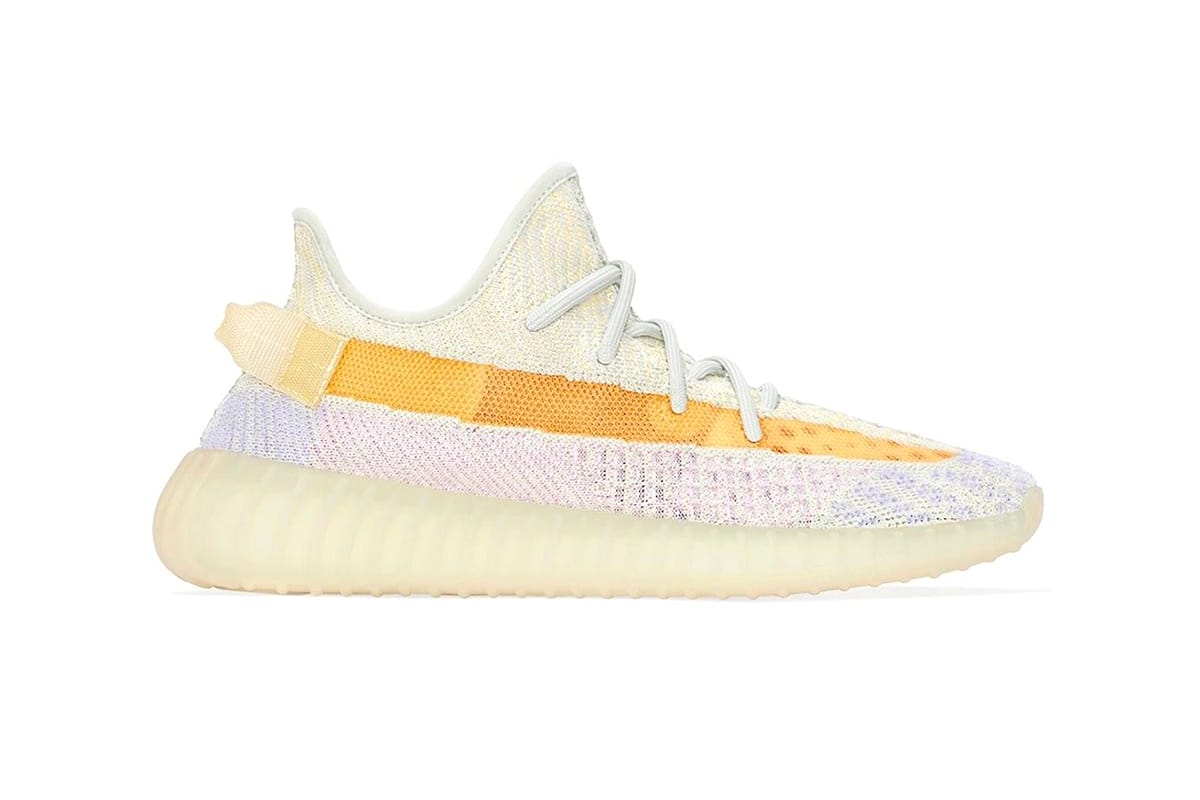 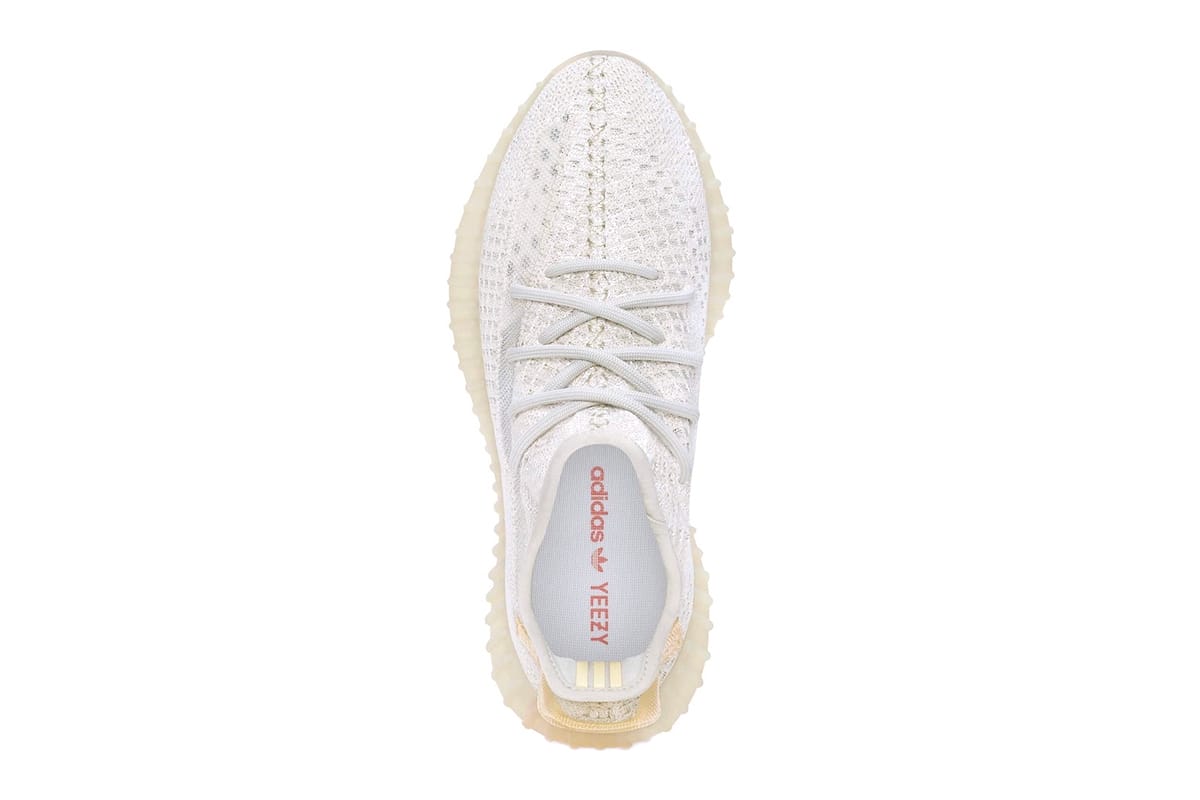 Release Date: August 28
Release Price: $220 USD
Where to Buy: adidas CONFIRMED
Why You Should Cop: Just two days after hosting his fourth DONDA listening party, Kanye West will be dropping yet another iteration of his popular YEEZY BOOST 350 V2. You’re probably already thinking about how tired you are of seeing new colorways of this model, but Ye is slightly switching things up with this “Light” colorway. It keeps most of its original design cues from the PrimeKnit uppers to the ribbed midsoles to the BOOST cushioning, but what separates these from previously dropped colorways is the stripes as they have the ability to color-shift. 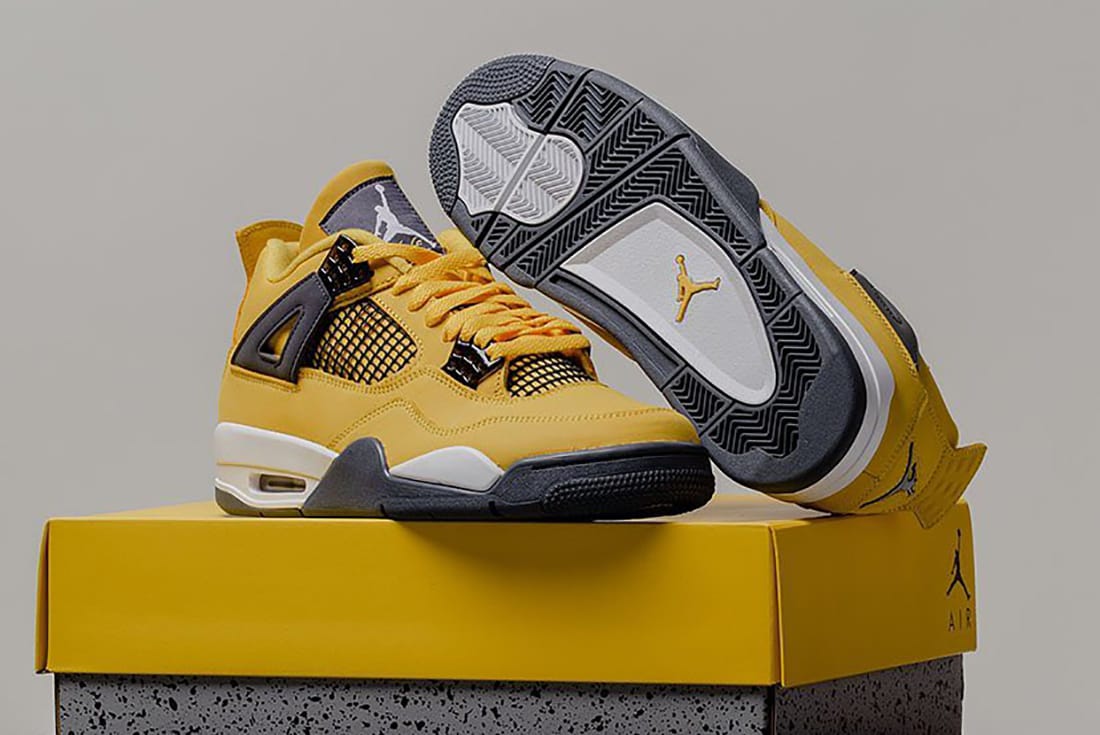 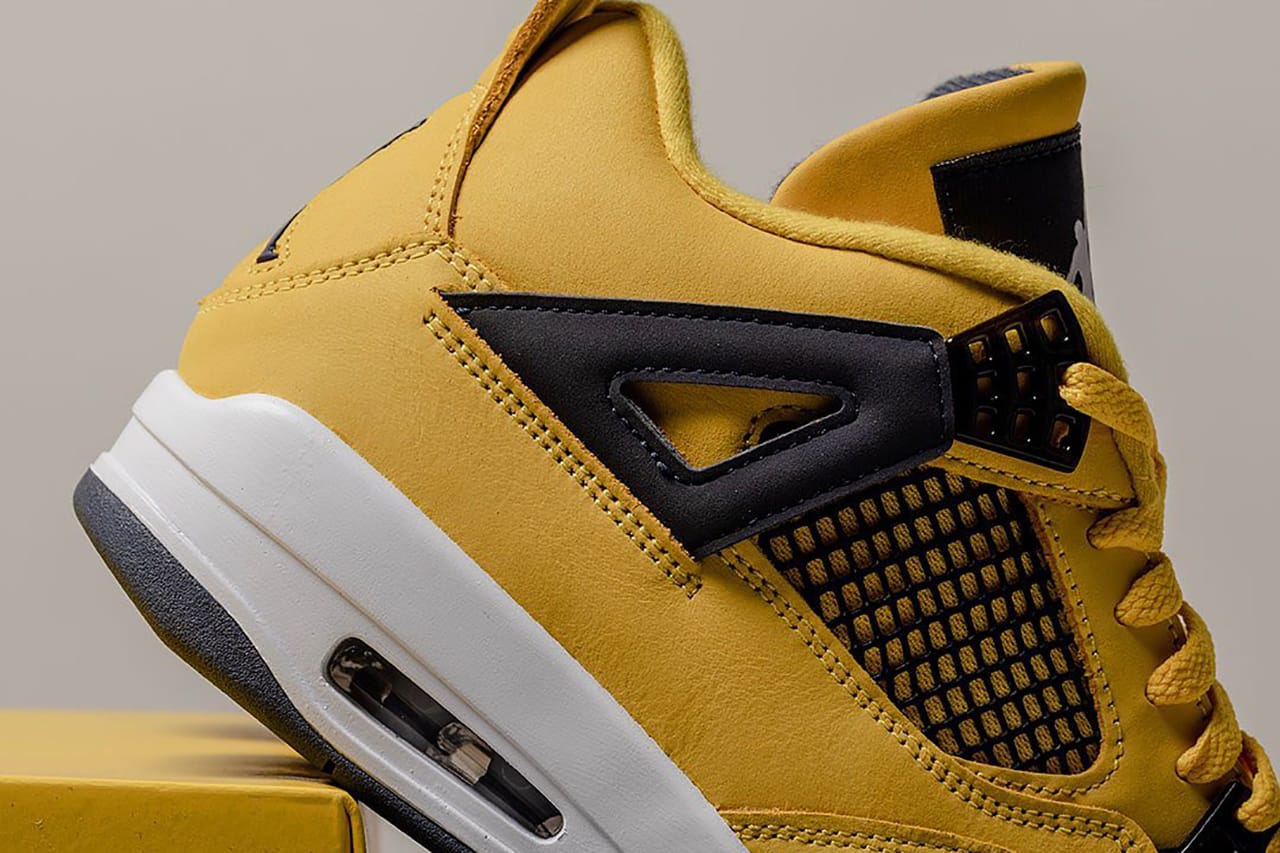 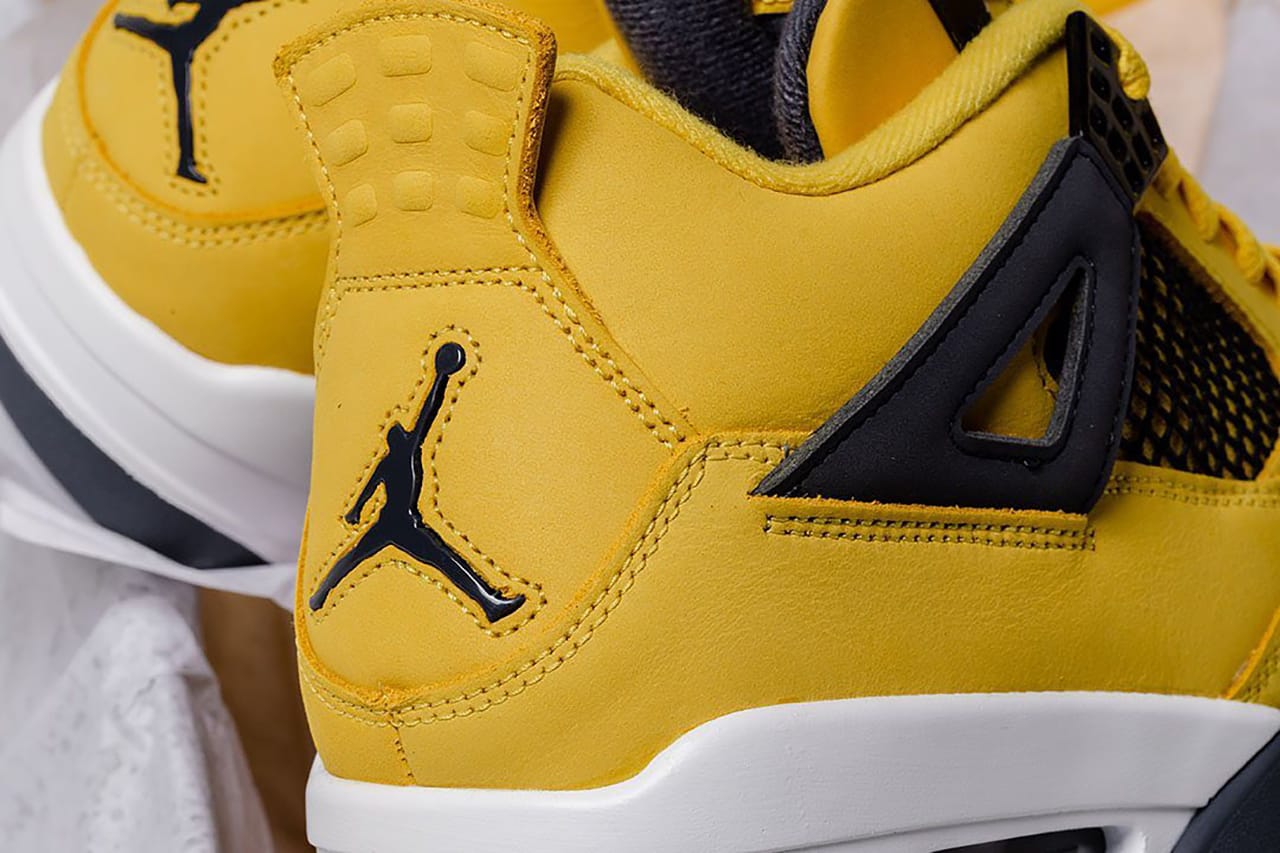 Release Date: August 28
Release Price: $220 USD
Where to Buy: SNKRS and Shop Nice Kicks
Why You Should Cop: It’s been 15 years since the Air Jordan 4 “Lightning” was introduced to the market and it’s finally making its glorious return. This was highly coveted amongst sneakerheads as it was initially released in extremely limited quantities, and ever since Travis Scott was spotted rocking them on multiple occasions, its price and value was only hiked up even further. But now, the popular non-OG retro makeup is making a comeback, and sizes for the whole family will be dropping. 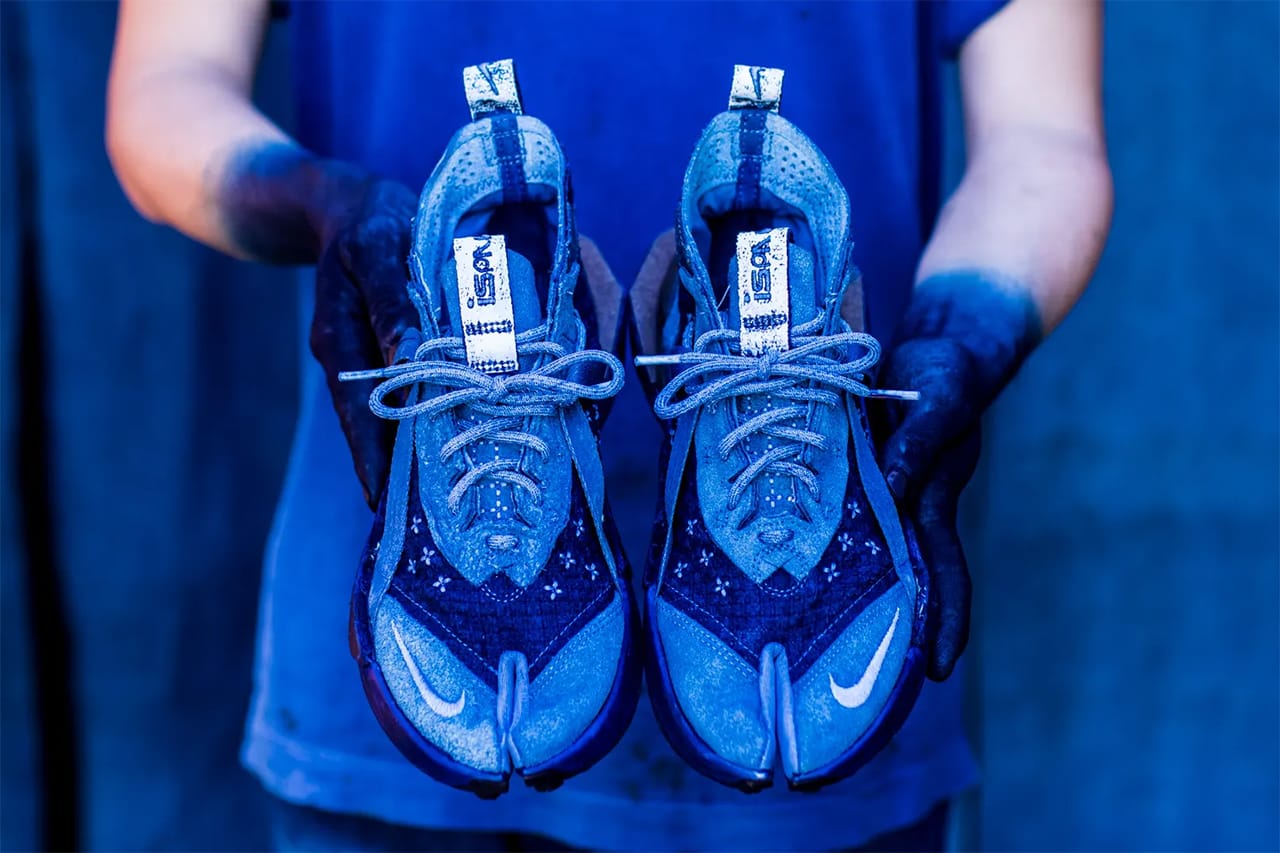 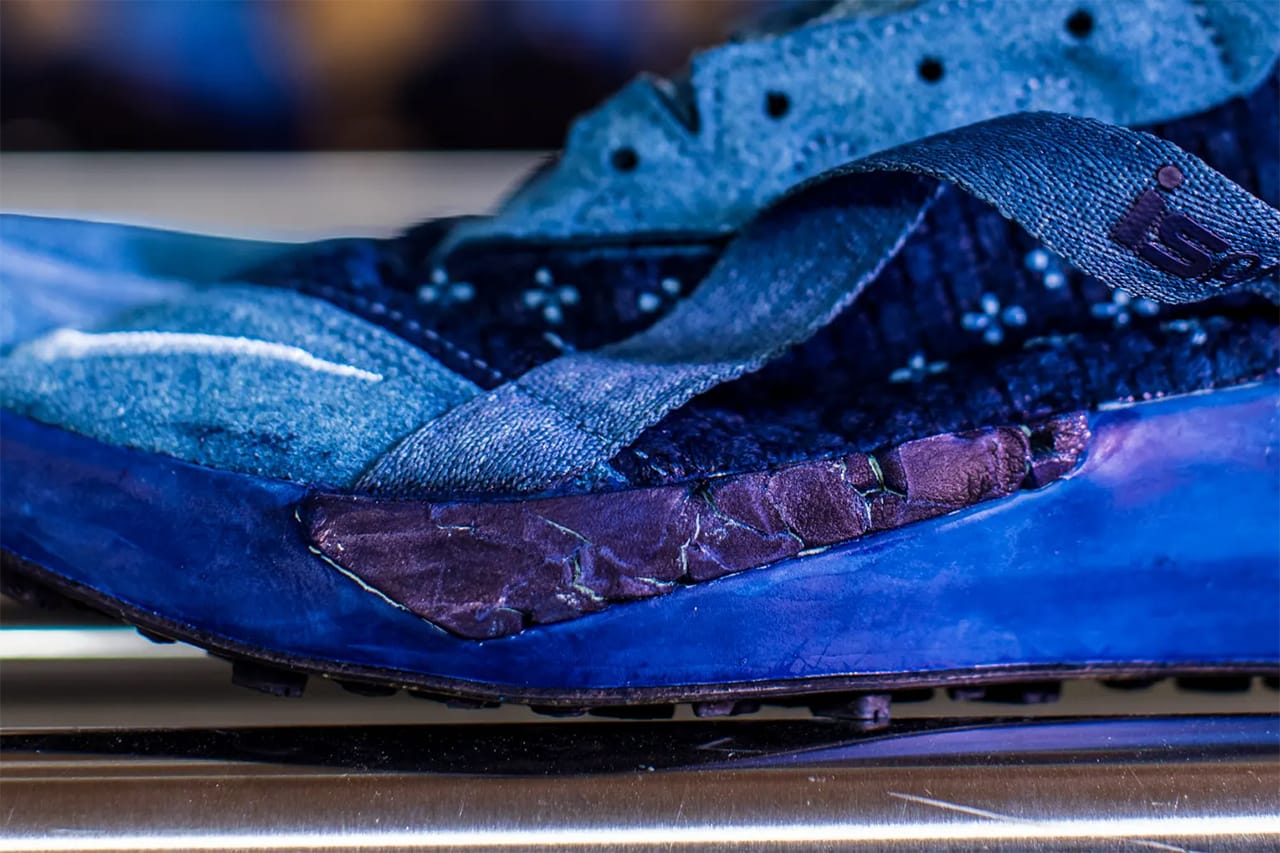 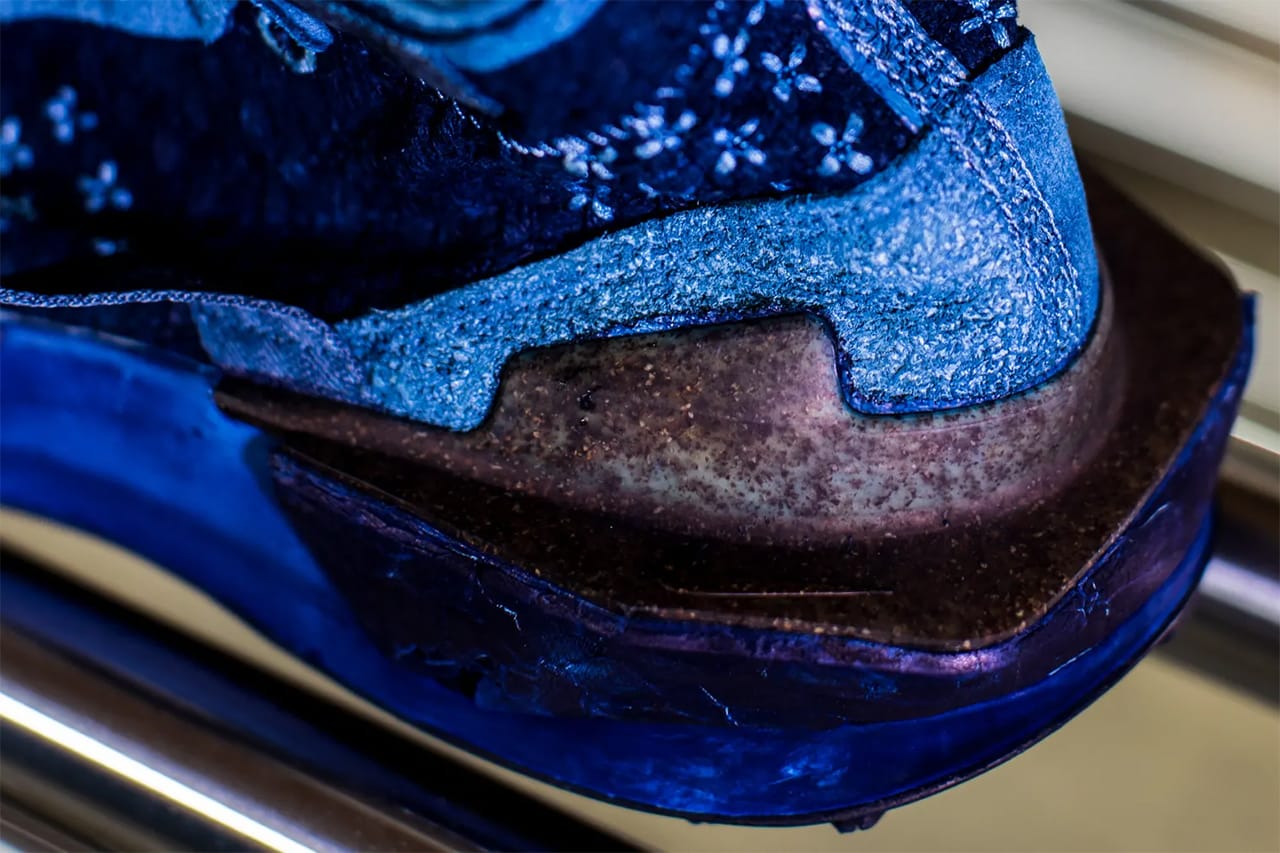 Release Date: August 30
Release Price: $551 USD
Where to Buy: SNKRS Japan
Why You Should Cop: Nike’s ISPA family is responsible for introducing several striking footwear offerings to the industry and it’s newest ISPA Drifte makeup is arguably one of the most unique. The silhouette — which hasn’t seen any new launches since debuting in 2020 — has now been reworked by BUAISOU — a group that specializes in indigo-crafting and based in Japan’s Tokushima Prefecture. Each take is hand-dyed and because of this, no two pairs will appear the same in shadings or patterns.
Source: Read Full Article