As spring turned to summer in 2018, one of the most coveted reservations in Manhattan offered a taste of a Paris restaurant that hadn’t yet opened. At Chefs Club, the NoLIta venue that invites culinary talent from around the world to take over its kitchen, the chef Sota Atsumi shared a preview of his eagerly awaited Maison, set to open in Paris this September. Over the course of the three-month residency, the Tokyo-born chef — who electrified the French food scene with his fresh interpretation of bistro dining at Clown Bar in Paris — served dishes like sardine beignets and savory pain perdu with lentils, egg and cuttlefish ragù, and with them, a thoughtful new proposal for French cuisine.

Atsumi, 33, is a member of a new guard of Parisian chefs who have shrugged off their starched kitchen whites and traded the foam-finessed-foods of la grande cuisine française for something more personal and spontaneous. Along with Taku Sekine of Dersou and Bertrand Grébaut of Septime, Atsumi infused casual French bistro cuisine with the artistry of gastronomy, highlighting the integrity of biodynamic produce and funky natural wines. From the kitchens of small informal restaurants, these chefs embraced a more accessible attitude (and price point), distilling the best produce available into deceptively simple dishes with sometimes revelatory effect. Now, with Maison, Atsumi is about to make what might be his most rebellious move yet — with a turn toward traditional fine dining.

Though undeniably entrenched in the adventurous bistronomie scene, Atsumi holds his formal training in the highest regard. “The chefs I worked with really respect classic cuisine,” Atsumi said one spring afternoon in Paris, in off-duty chef attire of baggy black pants, a white T-shirt and slip-on shoes. Tradition, for him, is the starting point in a quest for new and unexpected ways of working with familiar ingredients and flavors. “If I hadn’t had those foundations, I wouldn’t be able to do my work now,” he said.

Atsumi studied at the Tsuji Culinary Institute’s Lyon campus before cutting his teeth in the rigorous, Michelin-starred kitchens of the French superstar chefs Joël Robuchon and Michel Troisgros. He found his own beat when the acclaimed chef and restaurateur Pierre Jancou recruited him in 2012 to cook for the pint-size 10th Arrondissement bistro Vivant. It was a turning point for Atsumi, not just because of the recognition he received but because he was introduced to the seasonal neo-bistro way of working with produce, in which nature dictates what is on the menu.

“In my previous restaurants, we would order everything from Rungis, the big wholesale food market outside of Paris, but at Vivant we dealt directly with suppliers and farmers,” Atsumi says. “You don’t order from a long list; they would just give you the best of what they had that day.” There, he created dishes like celeriac cream with burrata and garden peas, and monkfish with grilled artichokes and poultry bouillon — though diners rarely encountered the same dish twice. 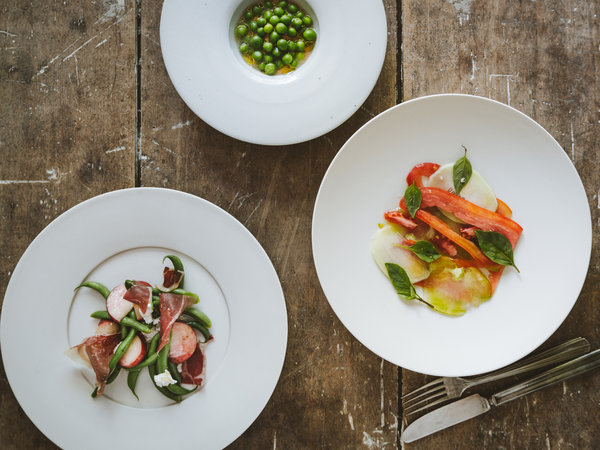 At the end of 2017, Atsumi left Clown Bar to begin work on Maison, collaborating with like-minded chefs on pop-ups from New York to Tokyo along the way. Maison returns him to a more reverential approach — right down to attentive service led by Aurélien Robert of the modern French favorite Table. “I find restaurants in Paris too casual now. There’s too much loud music, drinking and smoking,” Atsumi says. “I want to return to a place that is a little quieter, more elevated.”

The 40-seat restaurant will be in a two-story building with a gabled roof in Paris’s 11th Arrondissement, a hub of hip bars and bistros. Helping develop the concept is Atsumi’s wife, Akiko Otsu, who works at the famous lithography studio Idem Paris and serves as Maison’s artistic director, bringing in creative collaborators like the architect Tsuyoshi Tane, whose firm is renovating the space, and David Lynch, who created the Maison logo, a rendering of the restaurant’s name in cheery characters including a house, a fork and a sun.

When Atsumi takes the reins in Maison’s spacious, exposed kitchen, he will compose menus strictly featuring French ingredients and sauveurs. But fans of the chef know to expect something more subtle than retreads of old favorites. “Because of my background, I do want to do things a little differently,” Atsumi says. “It won’t be ‘classic’ — I will find another way.” 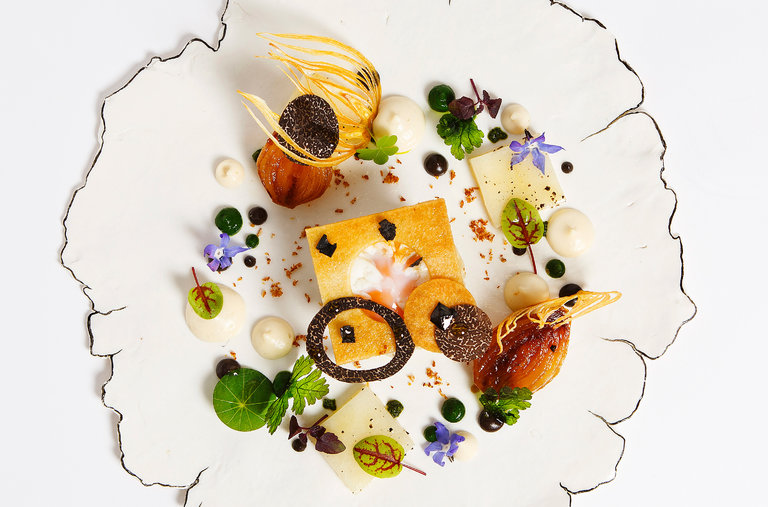 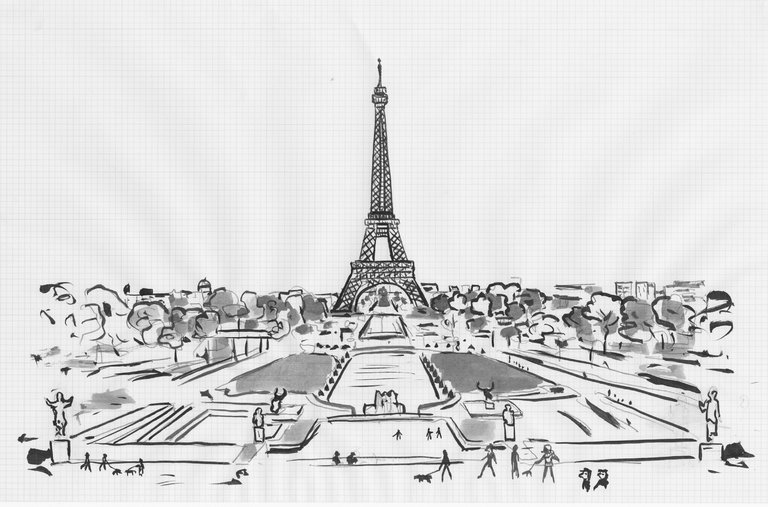