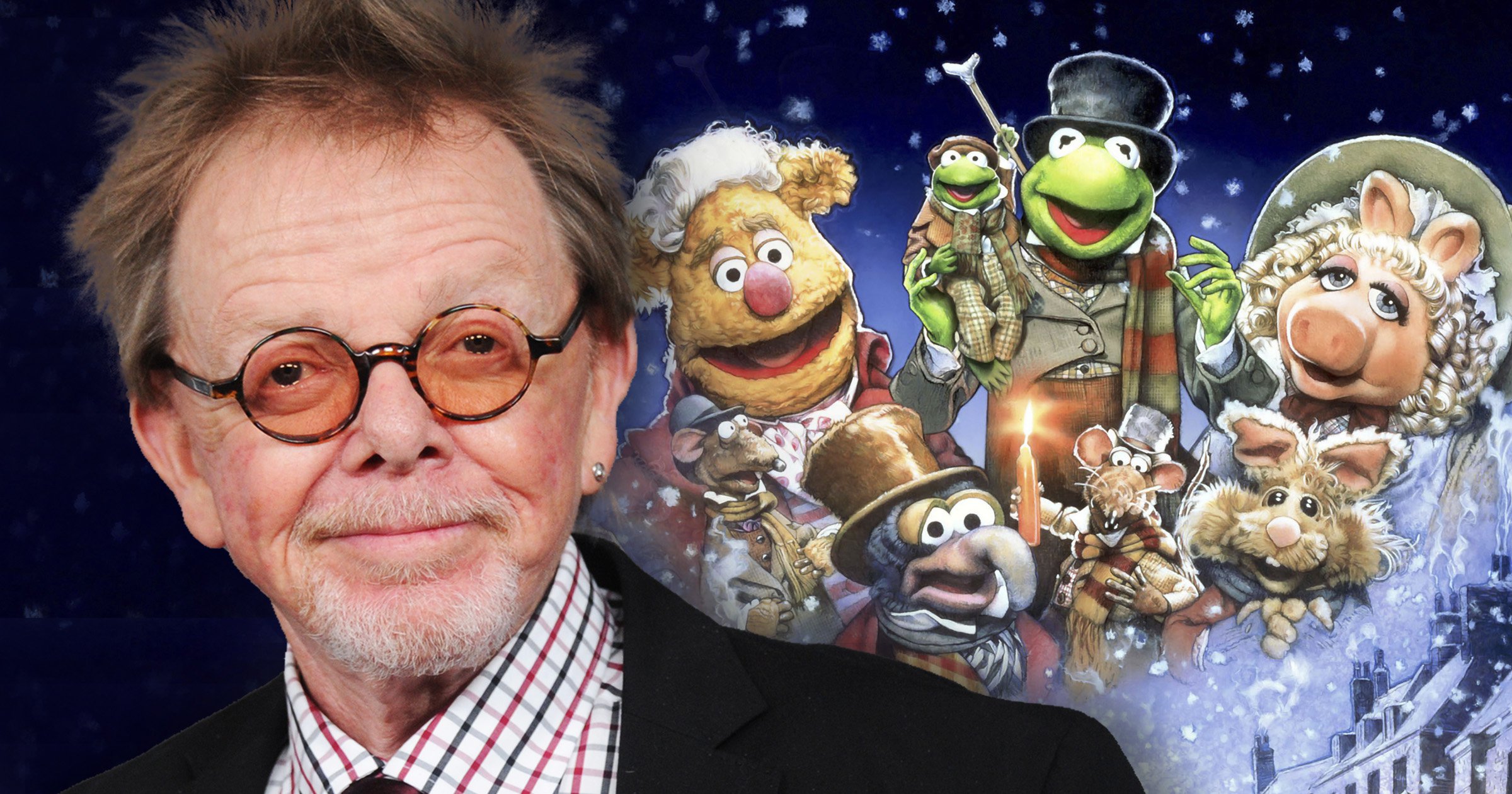 The Muppet Christmas Carol is celebrating its 30th anniversary this December, and Disney has marked the occasion by finally restoring one of songwriter’s Paul Williams’ original tunes, When Love is Gone.

Cut at the last minute thanks to a studio executive who feared children would be bored by the ballad, the song was only over supposed to be edited out for the initial theatrical release.

However, after Disney lost the negative it remained excluded – except on the soundtrack recording and the 1993 VHS home release, which is how fans were able to fall in love with it.

A fabulously muppetational take on the classic Charles Dickens novella, The Muppet Christmas Carol has humour, heart, Williams’ other fantastic songs and an awful lot of actual Dickens’ text, conveyed mostly to us by narrator Gonzo, as Dickens himself, and Sir Michael Caine as Ebenezer Scrooge.

However, it was not a hit upon release, and further hampered by having to do battle at the box office with Home Alone 2: Lost in New York and Aladdin.

Over the years though, its fandom has blossomed to such a point that it is almost impossible to find anyone who has watched it that won’t tell you it’s the best adaptation of A Christmas Carol out there or that it’s probably the best thing the Muppets have done.

Add to that a lost song that fans were determined to see found, and Williams calls the whole experience ‘an absolute gift’.

‘There’s a huge lesson in it, and the lesson is don’t write something off as a failure just because the world doesn’t line up to tell you how wonderful you are. I think people enjoyed it when it came out but there was certainly no great parade of adoration or affection,’ remembers Williams, speaking exclusively with Metro.co.uk.

He describes the fan campaign to see When Love is Gone, sung by young Scrooge’s love interest Belle, restored as a ‘tsunami of advocacy’.

‘One of the most important songs in the picture was taken out, and [for] the people that love the film and saw it with and without that, it became a mission!’

He adds: ‘In so many ways what could be deemed a failure or a loss, I would say is very often in my life an absolute gift, because [of] the people that went, “This is outrageous, we won’t have it.” And all of a sudden, I jump on my Instagram account and I’m looking at thousands of people talking about The Muppet Christmas Carol, and it’s just wonderful.’

Williams, 82, also says that ‘prayers are airborne’ for whichever editor made an inter-positive of the reel of film including the full scene before it was cut, and which was eventually found many years later.

‘I don’t know that I’ll ever know who that person was, but I pray that their life has just been filled with sweet surprises because one of the sweetest surprises of my life is how all of a sudden footage has been found – and it’s back,’ he shares.

The celebrated, award-winning songwriter – who has also worked with the likes of Barbra Streisand, the Carpenters and Daft Punk – famously worked on The Muppet Christmas Carol after getting sober aged 49 having ‘misplaced a decade’.

‘The career that had been so vibrant and so full of good fortune and opportunities, was basically gone for about 10 years,’ he admits.

Although it may not always be blindingly obvious, there’s lots of Dickens too!

‘Dickens’ language makes it into the film and the songs more than even I realised at the time. But I look at something like Marley and Marley, and really it should be lyrics by Dickens and Williams! Because avarice and greed and the whole concept of the characters and the language that they’re using is pretty accurate to the times.’

Williams has spoken before about how the inspiration for the first song of the film – and the first he wrote – Scrooge, came to him while sitting on a park bench, reading, and waiting to be struck by an idea.

In fact, his whole songwriting process changed for The Muppet Christmas Carol as he learned to ‘trust his unconscious’ and felt he had ‘the rare enthusiasm of a beginner’ again.

‘I literally took my little recorder, a yellow pad, a pencil and this Laurence Bloch novel, and in a sense of prayer just said, “Big amigo, Muse, whoever, wherever these ideas come from… just let me know when you’ve got an idea.”’

He says he got three pages in before the opening lyrics and rhythm came to him: ‘When a call wind blows it chills you, chills you to the bone / But there’s nothing in nature that freezes your heart like years of being alone.’

Having spent years labelling himself a chronic procrastinator, a conversation with a friend changed is outlook too to ‘percolating’.

‘I had given myself to the process of percolating and trusting that my unconscious would do the work. So, when I sat down to write it, it pours out of me. And it happens again and again,’ Williams says of penning his songs for The Muppet Christmas Carol.

The Bugsy Malone composer had worked with the Muppets before, guest-starring in the first season of their popular TV show in the 1970s, as well as writing music for The Muppet Movie in 1979, which includes one of their most beloved tunes, Kermit’s wistful Rainbow Connection, alongside Kenneth Ascher.

He had also worked with creator Jim Henson for Emmet Otter’s Jug-Band Christmas in 1977, so he describes working on The Muppet Christmas Carol as having ‘a sense of homecoming’ and the Muppet cohort themselves as ‘just absolute family’.

‘I was a huge fan. I loved the edge, I loved the humour, I loved the heart – and there’s a part of me that felt in my DNA that I just connect with the characters. They are separate from their creators and yet not disconnected.

‘I’ve always said that if was having a conversation with Jim [Henson] and Kermit and Frank Oz and Miss Piggy, then there are five of us in the conversation. And Piggy could say things to me that Frank could never!’ Williams laughs.

Aside from the likes of Gonzo, Rizzo the Rat (his fellow narrator), Kermit, Miss Piggy, Fozzie Bear and the usual Muppet suspects, the other star of the Christmas movie was, of course, Sir Michael Caine.

The esteemed actor was keen to work with the Muppets having heard how much fun it was, and act in something that his grandchildren could see.

Williams has revealed before that he introduced himself to Sir Michael in the studio, forgetting they had met already during the days before his sobriety.

He remembers: ‘I stuck my hand out, and I said, “It’s so wonderful to meet you” and he said, “Are you out of your mind? We spent an entire weekend at The White Elephant [a popular London club in the 1960s]”. I was like, “Oh my God, you’re right!” and it came flashing back. But it was in the days when I was sick. I was suddenly face to face with that bullet, and we both laughed.’

Sir Michael even gets stuck into the songs himself in the film, performing the joyous Thankful Heart at the end. In the restored When Love is Gone, he sorrowfully joins in with lost love Belle (Meredith Braun) for a few lines too, as she ends their engagement.

Williams was bowled over by his performance, which the Alfie and Tenet star famously said he would do completely straight ‘like I’m working with the Royal Shakespeare Company’ and with no indication that his co-stars were, in fact, puppets.

‘I am totally impressed when somebody expresses the emotion in the in the song when they experience it, as opposed to try to perform it,’ he enthuses.

‘Michael Caine chose to not ever try to be funny in this film, but to be real, and to express the fear and the longing and the anger and all these elements of the character with such accuracy. To hear him sing and to stand behind Belle while she’s singing it, and suffer that moment, is just about as good as it ever gets for a song writer.’

The rest of The Muppet Christmas Carol songs include One More Sleep ‘Til Christmas, It Feels Like Christmas and Bless Us All – which Williams says right now is his favourite by just ‘a smidge’.

‘As the years go by, sometimes those choices change, but one of my things that I’m really proud of, especially with the condition of the world these days, is Bless Us All. I love the fact that it was born of Dickens’ words, and of Tiny Tim’s character and the courage in the midst of suffering to be grateful.

‘The bridge, ‘Let us always love each other, lead us to the light / Let us hear the voice of reason singing in the night /Let us run from anger, catch us when we fall / Teach us in our dreams, and please, yes please – bless us one at all’ – it’s a prayer that applies to our lives today and always, so I would say at this point I have a smidge of extra caring for Bless Us All.’

As families around the world settle down to watch festive films together across the Christmas period, Williams assures us that he will be watching The Muppet Christmas Carol with his daughter and grandchildren ‘whether they want it or not’.

‘It’s kind of become a tradition in our family as well, so we will definitely watch The Muppet Christmas Carol – and I will make sure that when my credit comes on the screen nobody looks away to talk about what we’re having for breakfast!’

The Muppet Christmas Carol and the new extended version with When Love is Gone included are both available to watch now on Disney Plus.