Tupi Saravia, the travel influencer who confirmed she had been putting fake clouds into her photos after people noticed the same cloud formations in different shots, is now teaming up with the photoshopping app to create more fake cloud patterns to use.

Saravia uses Enlight QuickShot, an app that’s developed a specific feature to add in clouds to overexposed photos of the sky. The company told BuzzFeed News they’ve inked a deal with Saravia to come up with “a new cloud pack” she will personalize.

“We just got off the phone with Tupi — we’re going to work with her to create a new cloud pack based on cloud photos she curates,” a rep for Enlight Quickshot said.

They’re also playing around with the idea of having Saravia ask her now-314,000 followers to submit cloud patterns.

“[We’ll] possibly offer her followers to submit their clouds for her pack as well,” they added. “Details are still being ironed out.”

In late August, the influencer was publicly called out and ridiculed online after users noticed similar clouds throughout her Instagram feed. After BuzzFeed News reached out, Saravia quickly copped to photoshopping them and said she’s never hidden the fact that she does this to her travel photos. 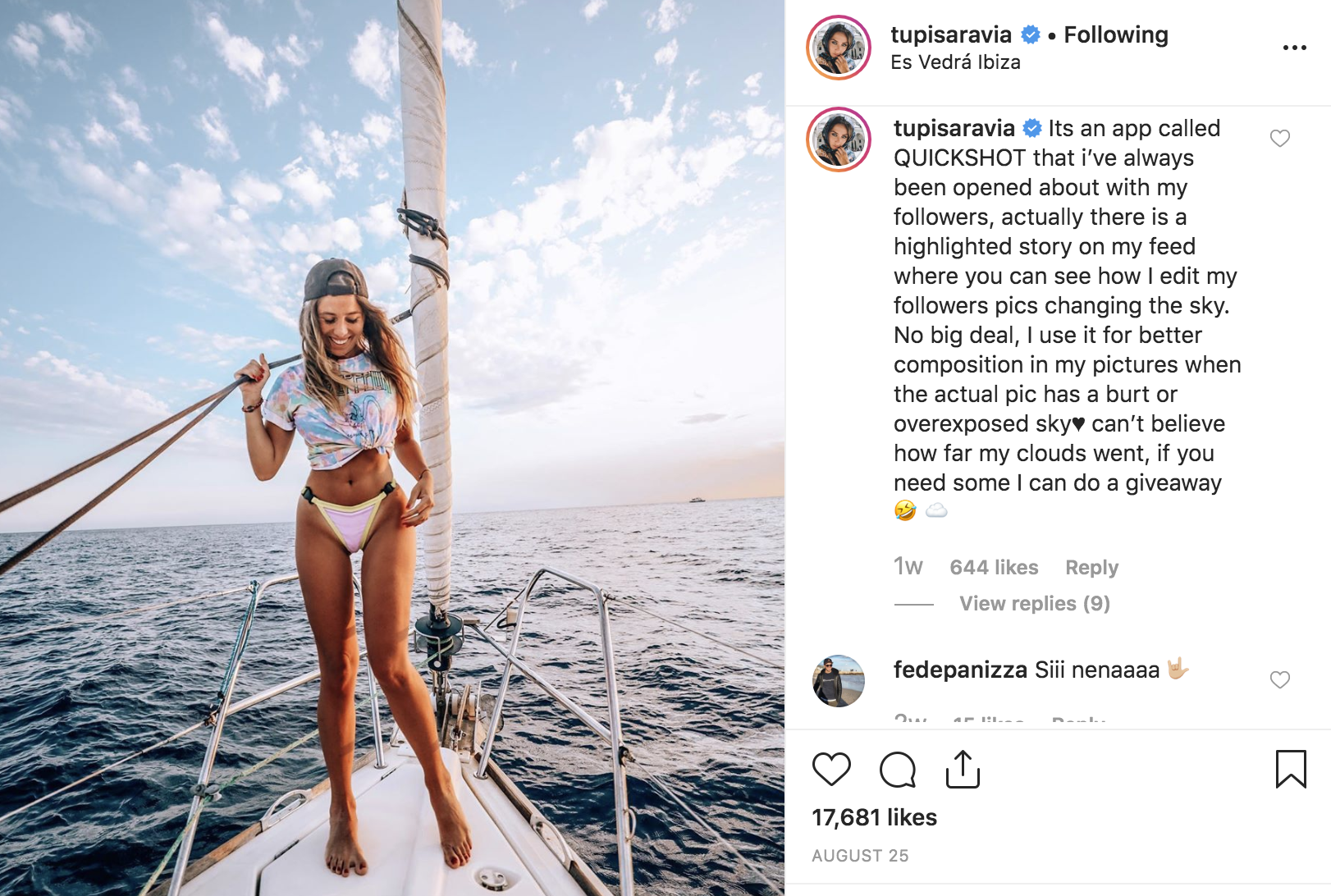 “I really don’t see the big deal [here], I never lied about it,” she told BuzzFeed News at the time, responding to critics. “I haven’t done anything wrong, and it was never my intention.”

Since then, Saravia has gained more than 34,000 new followers. Her cloud-infused posts have become infamous — if not even a bit iconic — among her fans.

They’re commenting with cloud emojis to stand in solidarity with her fake clouds.

BuzzFeed News has reached out to Saravia about her new ☁️business opportunity.