The disturbing true story that inspired The Pembrokeshire Murders

Warning: this article contains spoilers for ITV’s The Pembrokeshire Murders.

The Pembrokeshire Murders has proven phenomenally popular after just one episode, with a whopping 6.3 million viewers tuning in to watch the drama’s premiere on 11 January.

It is ITV’s biggest new drama since 2016. It boasts a star-studded cast (think Luke Evans, Alexandria Riley and Keith Evans, to name just a few). And it is – much like BBC One’s similarly popular The Serpent – based on a stranger-than-fiction true story.

What is the true story of The Pembrokeshire Murders?

In 1985, siblings Richard and Helen Thomas were discovered dead in their home at Scoveston Park in Pembrokeshire, Wales. Four years later, married couple Peter and Gwenda Dixon went missing during a walk in Pembrokeshire and were later found dead on a coastal path.

Both cases quickly went cold. Indeed, the only real evidence police had to work with at the time was an artist’s impression by eyewitnesses, which showed the suspect to have a shoulder-length mullet.

In March 1996, a 16-year-old girl was raped and another 15-year-old was sexually assaulted in Pembrokeshire, both at gunpoint.

And on 26 May 2011, after eluding detectives for 20 years, John Cooper was finally found guilty of the double murders and sexual assaults and sentenced to a whole life order, which means he will never be released from prison.

How did police track down John Cooper?

In 2006, DCI Steve Wilkins (portrayed by Luke Evans in the ITV series) returned to Wales after a stint at Scotland Yard and began a new job as Deputy Head of Dyfed Powys CID.

Inspired by the success DNA forensic science was having on solving rates in serious crime, Wilkins decided to reinvestigate the two double murders from the 80s. And so, with a carefully handpicked team, he set to work.

The evidence they gathered suggested that one man was responsible for all four murders, the rape, and the sexual assault: John William Cooper, a local man already in prison for a series of burglaries and robberies.

Why is John Cooper known as The Bullseye Killer?

Police believed Cooper’s violent crimes and controlling behaviour in custody matched the profile of the murderer, but they needed more evidence to convict him. In the cold case files, they found a wanted poster of a man who had used one of the victim’s bank cards shortly after the murder.

“It was quite important we get an image of him of how he was around the time of the Dixons’ murder so we could compare it with the artist’s impression,” Wilkins explains in the documentary The Game Show Serial Killer: Police Tapes, footage from which can be viewed below.

Believing that Cooper had taken part in the ITV game show Bullseye in 1989, officers reached out to journalist Jonathan Hill and asked if he could help find the footage in the archives.

Speaking to ITV, Hill says of his role in the case: “We eventually tracked down the footage and incredibly it turned out to have been filmed just a month before Cooper killed the Dixons.

“The image of him playing darts for the star prize on the show also bore an uncanny resemblance to that artist’s impression of the killer all those years ago.

“That image went on to become part of the key evidence that saw Cooper convicted and jailed for life for the murders.”

The Pembrokeshire Murders: what you need to know about the addictive ITV true crime drama

As Wilkins says: “We managed to then freeze John Cooper in exactly the same position as the artist’s impression, and for me it was like a tracing. The way he was standing, his build, his hair, the unkempt look and moustache.

“The senior investigating officer I showed it to was like: ‘Fucking hell Wilkie, it’s him.’”

What happened next in the quest to bring down John Cooper?

As reported by Chronicle Live, Cooper kept a pair of shorts belonging to Gwenda Dixon as a ‘trophy’ of his heinous crime.

“The shorts were altered by Cooper’s wife, who was completely oblivious to his crimes, and it was her sewing that trapped vital DNA evidence in the seams – blood which matched that of Peter Dixon’s.

“And police also got more evidence from the shorts as fibres found in their pockets were identical to ones on the sock of Richard Thomas.” 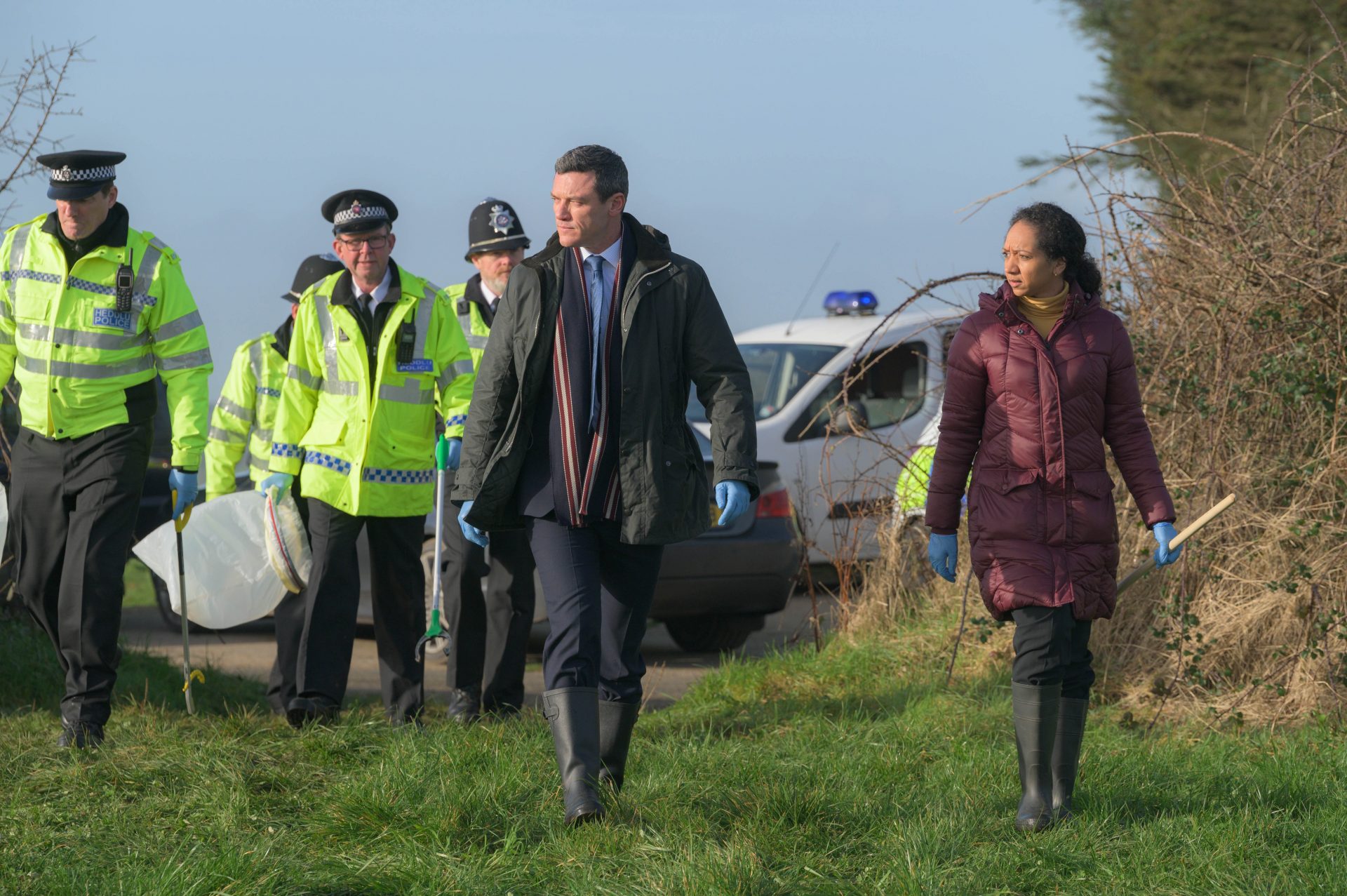 This new round of fibre testing, combined with the Bullseye footage and forensics finally being able to link the murder weapon to Cooper, meant that investigators had more than enough to charge him and take the case to trial.

Did John Cooper confess to his crimes?

According to the show’s writer, Nick Stevens, Cooper initially tried to pin the blame on his son, Adrian (portrayed by Oliver Ryan in the show).

As per Heart’s report, Stevens says: “Whenever Cooper felt under threat his knee-jerk reaction was to implicate his son, Adrian. Time and again, he implied that Adrian was the culprit… it fired me with a determination to give Adrian Cooper a voice in the drama.”

What happened to John Cooper?

On 26 May 2011, diagnosed psychopath Cooper was given a whole life order for his crimes.

Best TV shows of 2021: the 34 must-watch series coming to our screens

At the time of his sentencing, Justice John Griffith Williams said that he was “a very dangerous man, highly predatory who, but for advances in forensic science, may well have continued to evade capture…

“The murders were of such evil wickedness that the mandatory sentence of life will mean just that. You are a very dangerous man, a significant risk of serious harm.”

The Pembrokeshire Murders continues tonight at 9pm on ITV.

Inside Rachel Maddow’s Relationship With Susan Mikula
01/26/2021
Categories
We and our partners use cookies on this site to improve our service, perform analytics, personalize advertising, measure advertising performance, and remember website preferences.Ok