Under Franz Welser-Möst, its longtime music director, the ensemble now has a label of its own. 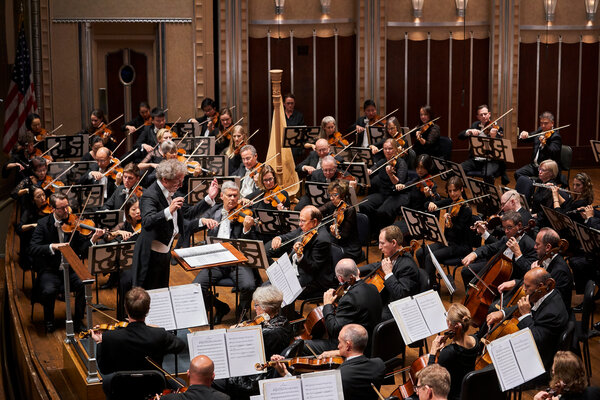 When considering Schubert’s final symphony and the Cleveland Orchestra, start with George Szell. This domineering autocrat, who led the Clevelanders after World War II, first recorded the work with the ensemble in 1957. Listen to it today (on Sony) and it has darkness, a hint of bite, a threat of muscle.

Szell’s second recording, set down weeks before his death in 1970 and recently remastered on Warner, is different. Calmer, broader, even elegiac.

Both are quite unlike Christoph von Dohnanyi’s account, released on Telarc the year after he took charge of the orchestra in 1984. That third Cleveland account of Schubert’s “Great” is a light, brisk antidote, studious, clean and tidy — ample evidence of what the orchestra’s most underrated conductor achieved.

And what of Franz Welser-Möst, now starting his 19th season as music director? Where has he taken the traditions handed down by his predecessors on the shores of Lake Erie? So far it’s been hard for outsiders to tell. While this Austrian conductor and the Cleveland Orchestra have given acclaimed performances, they have been almost silent on record.

That’s about to change. The orchestra has started a label of its own, and promises to release recordings made live at Severance Hall.

“We felt we had to get out there again and show what’s happening here in Cleveland,” Mr. Welser-Möst said in a recent Zoom interview. 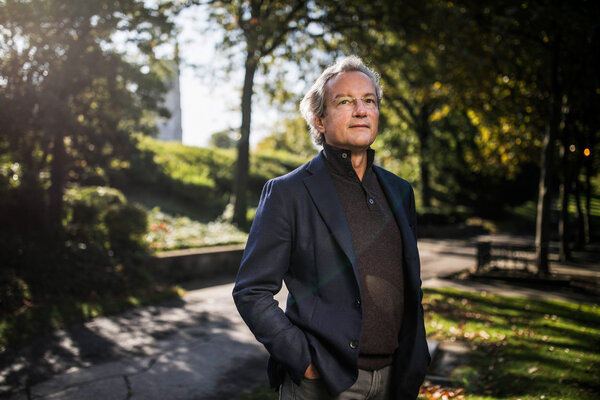 The label made its debut in June with a lavish, eclectic three-disc box set that runs from Beethoven and Strauss, by way of Prokofiev and Varèse, to contemporary pieces. This month there’s a second, more traditional release, contrasting Ernst Krenek’s “Static and Ecstatic” with, yes, Schubert’s “Great” Symphony, which was captured in March, before the orchestra was forced to close down because of the coronavirus pandemic.

And how is Mr. Welser-Möst’s Schubert, the orchestra’s fourth? It may be a wipe too clean for some, but it still has that precision and togetherness of old, and an elegance, too — pointing to an admirable, airy turn in a tradition this conductor has made his own.

The new label is the latest chapter in a recorded history that is as long and distinguished as that of any orchestra in the United States. Founded in 1918, the Cleveland Orchestra made its first record in 1924, with the players teetering on tables, boxes and even stepladders to project over one another into a horn, carving Tchaikovsky’s “1812” Overture into wax. Artur Rodzinski and Erich Leinsdorf made several recordings in the 1930s and ’40s, but the real boom came with Szell’s arrival, in 1946.

Generations of listeners came of age with the energetic, detailed accounts of the classics by Szell, a Hungarian émigré — the product of a personality that Donal Henahan, in a New York Times obituary, called “that of a ferocious bully, a fearsomely intelligent pedant and a martinet.” Many of those recordings, which make up the bulk of a 106-CD set on Sony and a 14-CD box due out from Warner in November, still hold up today — the Mozart, Haydn and Beethoven above all.

Szell’s imperious legacy hovered over his successors. Lorin Maazel, music director from 1972 to 1982, had an impossible task; his output was stylish, if forgettable. Mr. Dohnanyi’s oeuvre deserves far more credit, a demonstration of clear-minded conducting in everything from Mozart and Beethoven to Webern and Ives, far outstripping Szell’s efforts in Brahms, Schumann and Dvorak.

With the orchestra also making spirited records under its principal guest conductor, Vladimir Ashkenazy, and setting down definitive Debussy, Mahler and Stravinsky with Pierre Boulez, a longtime partner, news releases toward the end of the century announced that Cleveland was “America’s most frequently recorded symphony orchestra.”

Mr. Welser-Möst shrugs off comparisons with the past. “It’s not the same, and it shouldn’t be” he said. “Szell was obsessed with precision and balance. I’m a freak when it comes to certain colors and something I want in the phrasing, a singing sound.”

“When I came here, it was this perfectly oiled machine,” he added of the Clevelanders. “By now, I’ve picked more than half the musicians. Every time I pick a musician, I think about certain qualities in somebody’s playing. It’s not just the virtuosity. In my lifetime the technical standard of orchestras has gone up quite dramatically, but we have lost a lot of the music-making.”

The start of Mr. Welser-Möst’s tenure, in 2002, came just as the record industry retreated, a collapse felt particularly painfully in Cleveland when Decca pulled the plug on Mr. Dohnanyi’s “Ring” cycle — planned as the first Wagner tetralogy from an American symphony orchestra but canned halfway through and leaving just a fleet “Das Rheingold” and a sparkling “Die Walküre.”

“I’ve never been one of these glamorous artists, which the companies need,” Mr. Welser-Möst said. He has committed Bruckner and Brahms to DVD, and bits of Beethoven and Wagner to CD, but there has been all too little available to assess the work of a man who will have held the Cleveland podium longer than anyone else by the time his current contract ends in 2027. Even the pianist Mitsuko Uchida, leading Mozart concertos from the keyboard, has made more proper records with the orchestra than Mr. Welser-Möst.

While commercial recordings on legacy labels are not unheard-of — and have even picked up in Boston, Los Angeles, and Philadelphia — several American ensembles have started their own labels, perhaps most successfully the Seattle, San Francisco and Chicago symphonies. Others, like the New York Philharmonic, now rack up streams of their concerts on Spotify.

“We had our radio broadcasts, but I never was really happy with the quality,” Mr. Welser-Möst said, when asked why Cleveland was late to this party. “They were OK, but they didn’t really project all the different colors and qualities this wonderful orchestra has.”

The orchestra’s Severance Hall, moreover, has never been easy to record in, its narrow stage shaped in such a way as to make microphone placement tricky. Szell had a shell erected inside the hall to create the dry, transparent sound that was to his liking, but many of the orchestra’s sessions with other conductors were held at the Masonic Auditorium downtown.

With Severance renovated and restored from 1998 to 2000, though, and recent upgrades to the recording system overseen by the engineer Gintas Norvila, Mr. Welser-Möst said he is now comfortable taping much of what the orchestra plays in concert and releasing live recordings, without the comfort blanket of patching sessions to cover flubs.

“What we tried to do is find the balance of that shine which the sound has, and the transparency which the Cleveland Orchestra has been famous for, for decades,” he said. “If you want to compare to visual art, we are more like drawing something in a very meticulous way, than going for one big brush.”

What is particularly noticeable about the first two releases is that so little homage is paid to the core repertoire. The initial box has Beethoven, yes, but an arrangement of the Opus 132 quartet rather than one of the symphonies. It has Strauss, sure, but not “Ein Heldenleben” or another of the famous showpieces; rather, “Aus Italien,” a tone poem that is, to be polite, an acquired taste. Mr. Ashkenazy recorded it once; Mr. Welser-Möst’s account positively glows in its first movement, a glorious evocation of what his strings can do at their best.

“The philosophy behind it is to allow the audience a glimpse of what we do here throughout the season,” Mr. Welser-Möst said. “The well-known, the lesser-known, the unknown, new and old.”

That desire not to rehash the classics but to give a reasonable representation of life in Cleveland also explains the focus on recent music. “Although outside Cleveland it has never been noticed that much,” Mr. Welser-Möst said, “we always looked at ourselves as an orchestra which tries to tackle all kinds of different repertoire, including contemporary music.”

Two of the six works in the initial box are from graduates of the orchestra’s Young Composer Fellows program, which — although not ideally diverse — has produced luminaries including Matthias Pintscher, Julian Anderson and Jörg Widmann. Johannes Maria Staud’s “Stromab” is an eerie ghost story, set on the Danube; Bernd Richard Deutsch’s “Okeanos” is a heady organ concerto on the theme of the four elements — water and air, earth and fire — with Paul Jacobs a virtuosic soloist.

The pairing of Schubert and Krenek is perhaps the better indication of where the label will head next. It’s an unexpected, peculiar contrast that works in practice, the kind of thing that has become a trademark of Mr. Welser-Möst’s programming.

It’s also a nod to what we have lost. The Krenek, performed before Mendelssohn’s choral Second Symphony back in March, was intended to be a preview of a mini-festival in May, which would have had Berg’s “Lulu” at its core, and Barbara Hannigan in the title role.

A planned “Lulu” recording is no more, and although parts of the ensemble will start streaming concerts from Severance Hall on Thursday, Oct. 15, it’s not clear when the full Cleveland Orchestra will appear in public again. The Schubert, indeed, documents the last time the players performed — before a handful of invited guests on Friday, March 13.

“I remember at one point,” Mr. Welser-Möst writes in the booklet notes, “I suddenly realized that this might be the last time I would ever conduct the Cleveland Orchestra.” The result was, he adds, “perhaps as close to perfection as is possible to imagine.”

He’s biased, but he’s not wrong. The recording stands as testament: The Cleveland Orchestra is America’s finest, still.

The Haunting of Bly Manor review: Is Netflix series worth binging?
Recent Posts