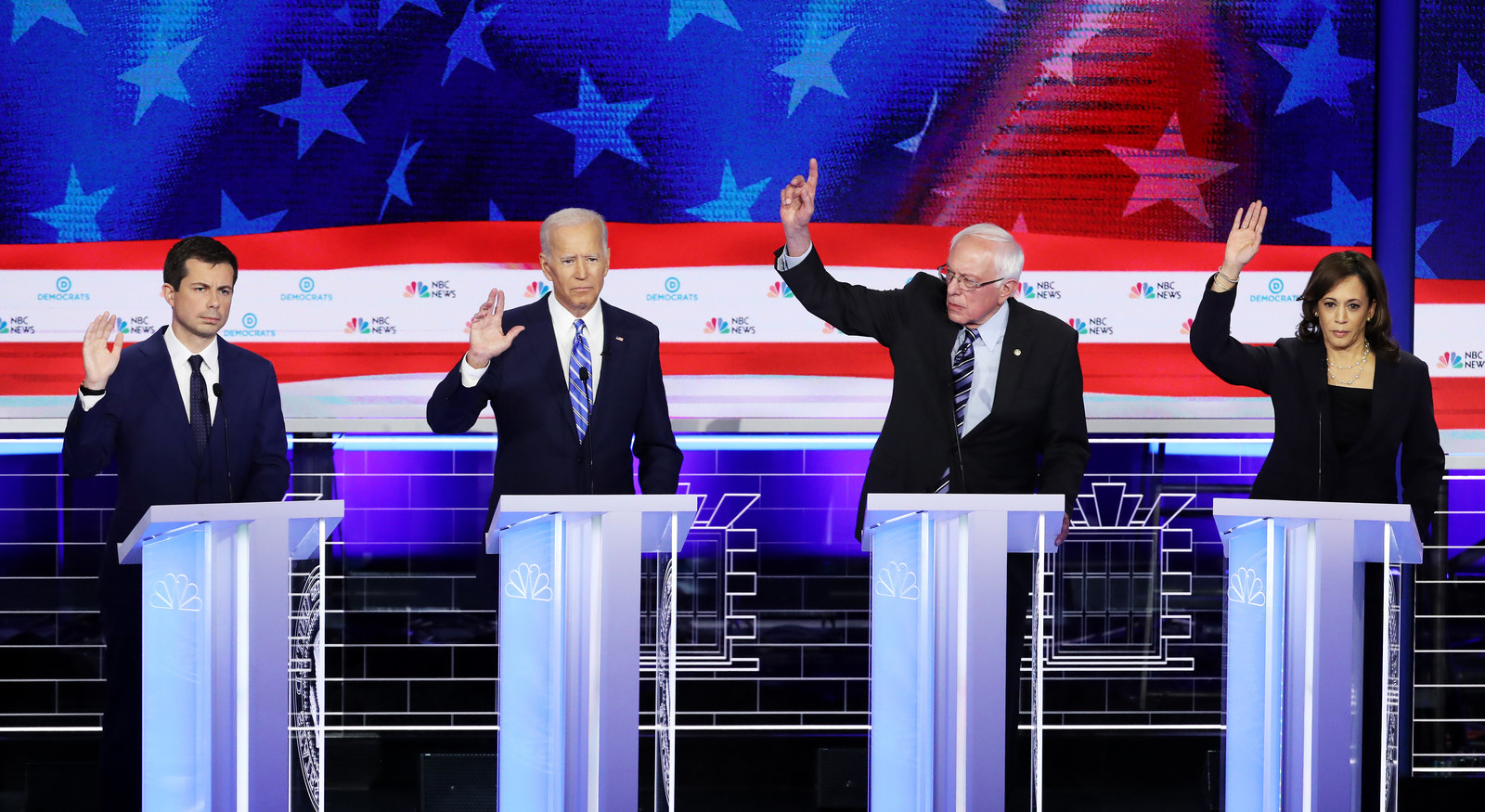 There are roughly 39 acceptable ways one can argue that a particular presidential candidate is taking off or tanking.

Polls are great, but it’s also about half a year until voting begins in the Democratic primaries and polling leads can and will keep changing (a huge number of Democratic voters say they haven’t definitively made up their minds on who they’ll vote for next year). Debate performances or media attention can tell you something, but it’s never clear how long that something’ll last. Crowd size is interesting, but who is going to be the scientist to go out and count all of the people at all of the events for two dozen Democratic presidential candidates.

Then there’s money. There are loads of smart ways of looking at how much money presidential candidates are pulling in and what they’re doing with it. One of the most interesting things we’ve spotted in looking over the new financial data campaigns made public this week is how many individual donors gave to a candidate on any given day — data that show concretely how excited people have been about particular candidates for the first half of this year.

So we’ve pulled that data into a series of charts. (For the data, code, and methodology supporting the analysis, click here.) This information isn’t perfect (it, for instance, only includes donors who gave cumulatively more than $200, due to the Federal Election Commission disclosure requirements). But it does give a really clear sense of which candidates have been able to build and sustain enthusiasm from supporters this year.

There are a few things that stand out. One is that even though there are two dozen Democrats running, only a very small handful (like, six) have been able to get and keep a mass of people excited about their campaigns.

Joe Biden’s campaign had a giant spike on his first day in the race, when approximately 3,390 of his medium and large donors gave to his campaign — no other day hit 1,000, and all of his top 10 days came at the beginning of his candidacy or at the end of the quarter (his campaign has the highest number of donors giving the maximum amount of money for any Democratic campaign, which helps). Beto O’Rourke’s best day by far was also his first, when he got close to 4,000 unique donors, and the closest he’s come since then was on the last days of the first and second quarters. Pete Buttigieg’s campaign had a quiet start in early January, and then started gaining donor interest after a March CNN town hall, leading to a giant spike on the day he formally launched his campaign in April and another after his first debate. Kamala Harris had her biggest day right after she dominated the first debate. Elizabeth Warren and Bernie Sanders have each had large spikes throughout the year, with Sanders in particular having a massive day at the end of the quarter.

The most impressive campaigns here largely line-up with the current polling leaders. You can also clearly see the campaigns that are losing steam, or have struggled to get much of it to begin with.

(Quick note: Since the end of the second quarter, Eric Swalwell dropped out of the race and Tom Steyer joined.) 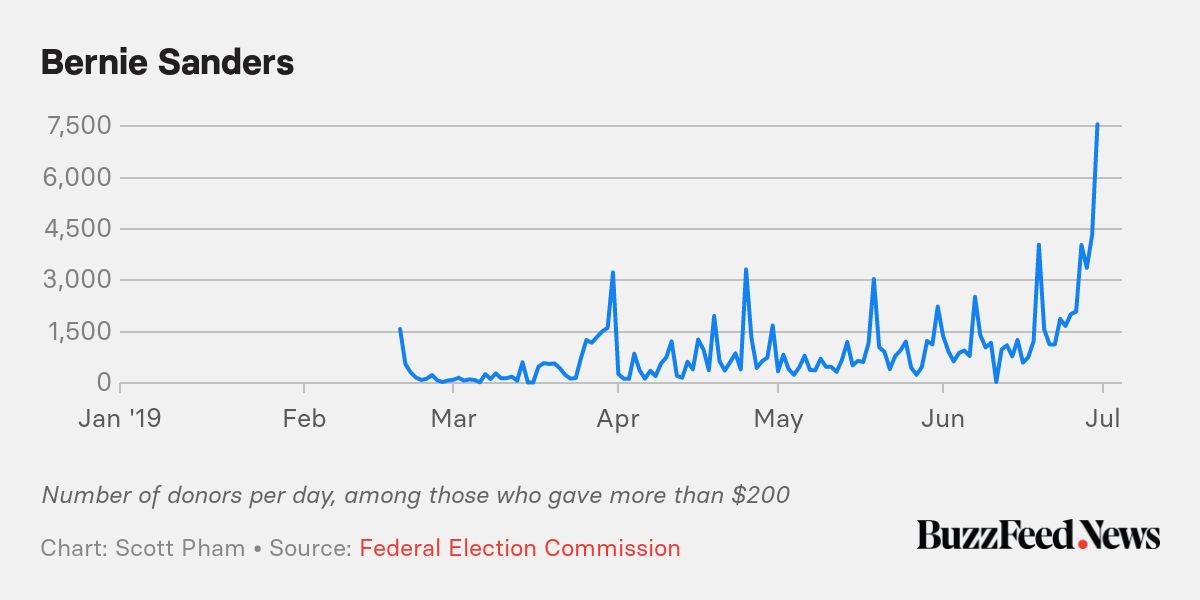 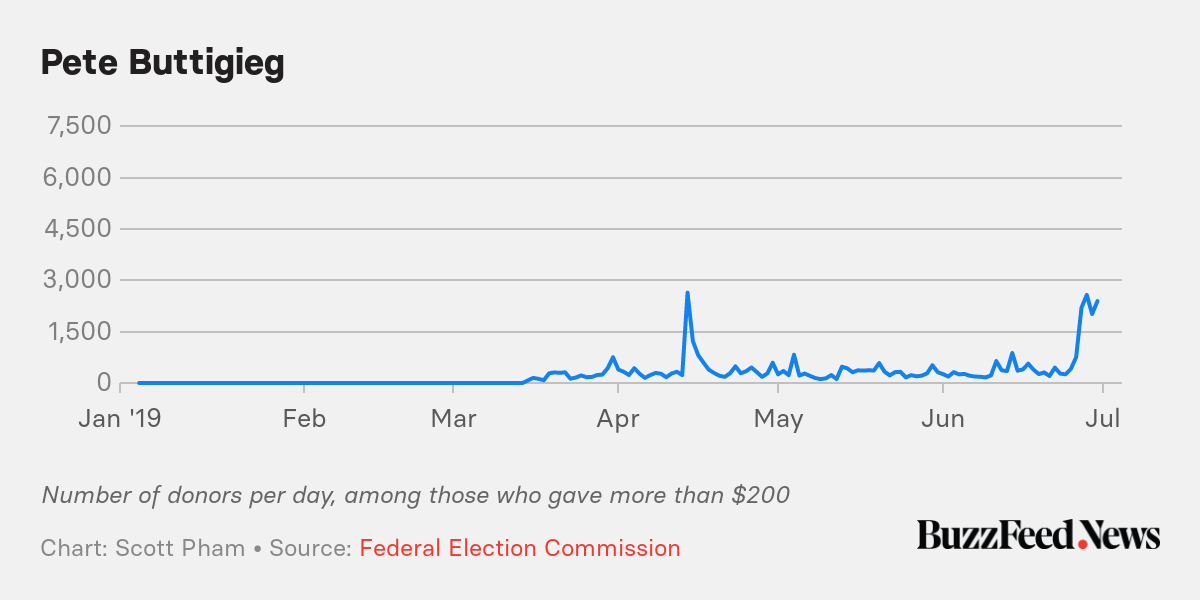 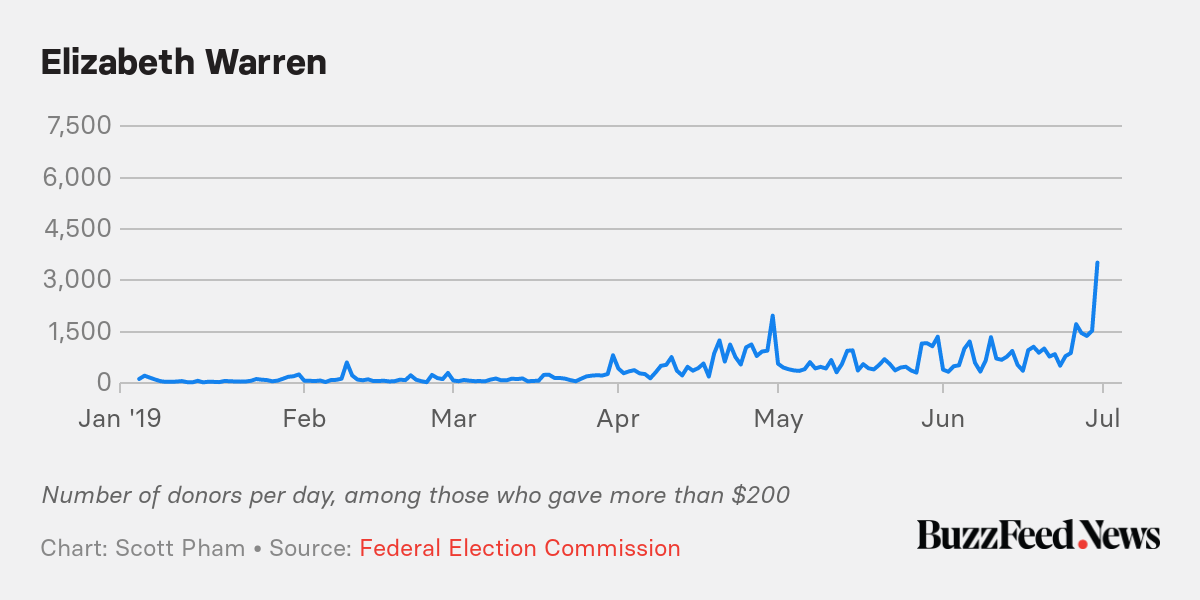 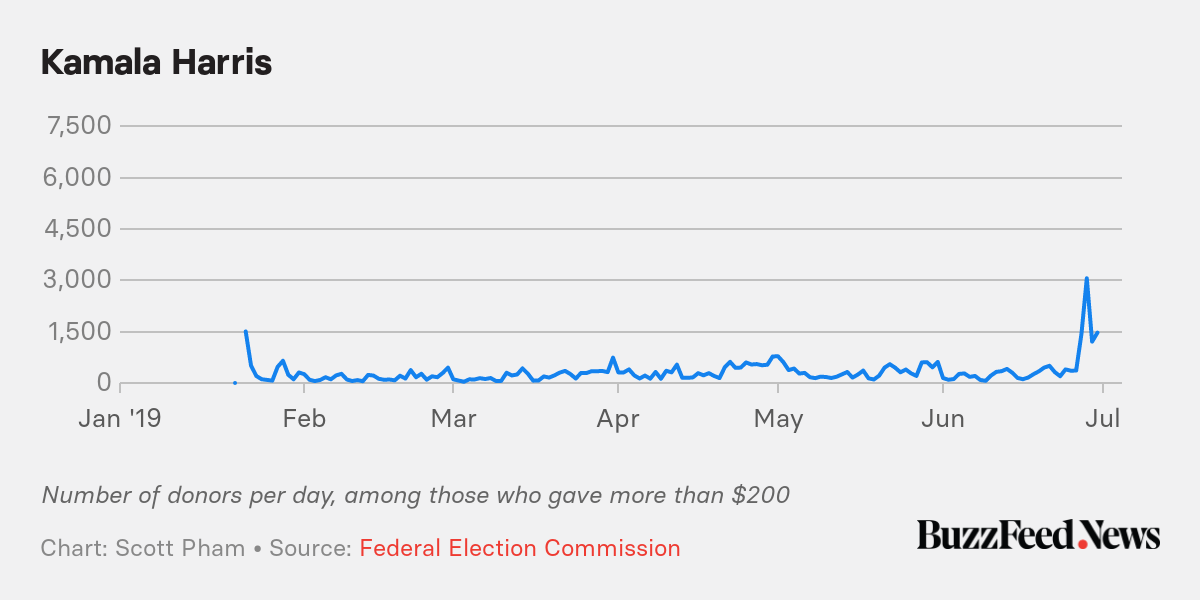 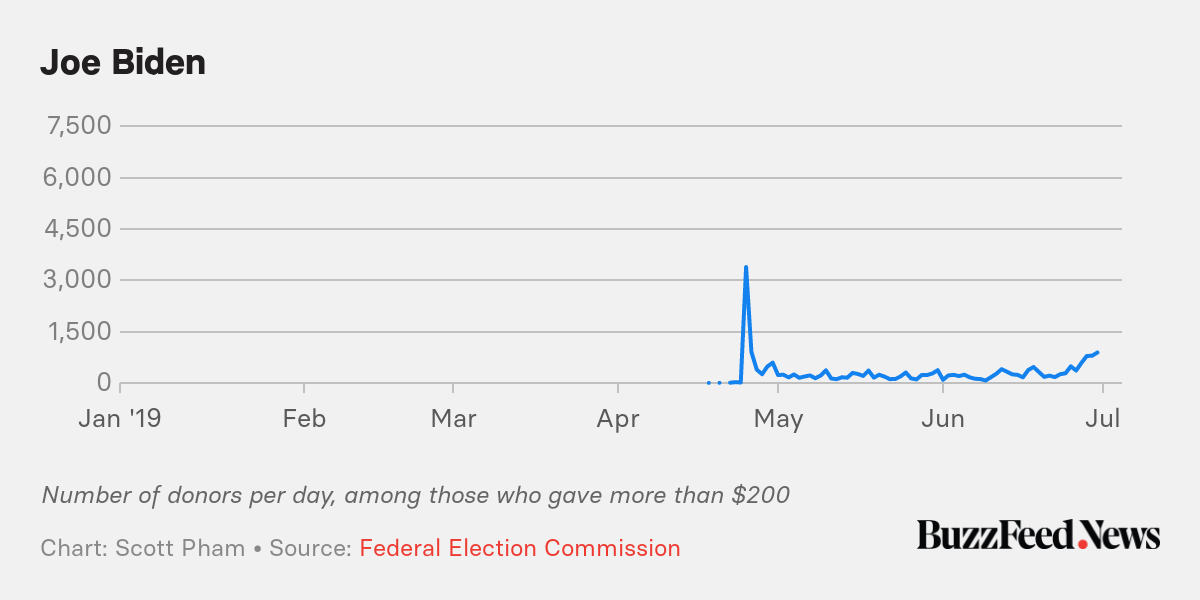 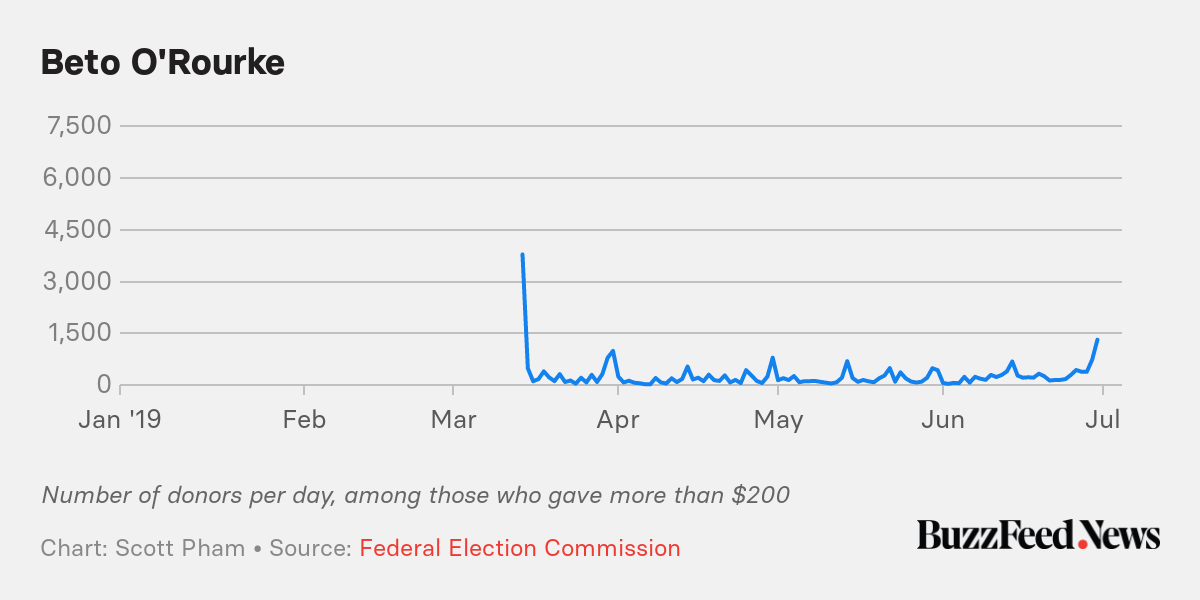 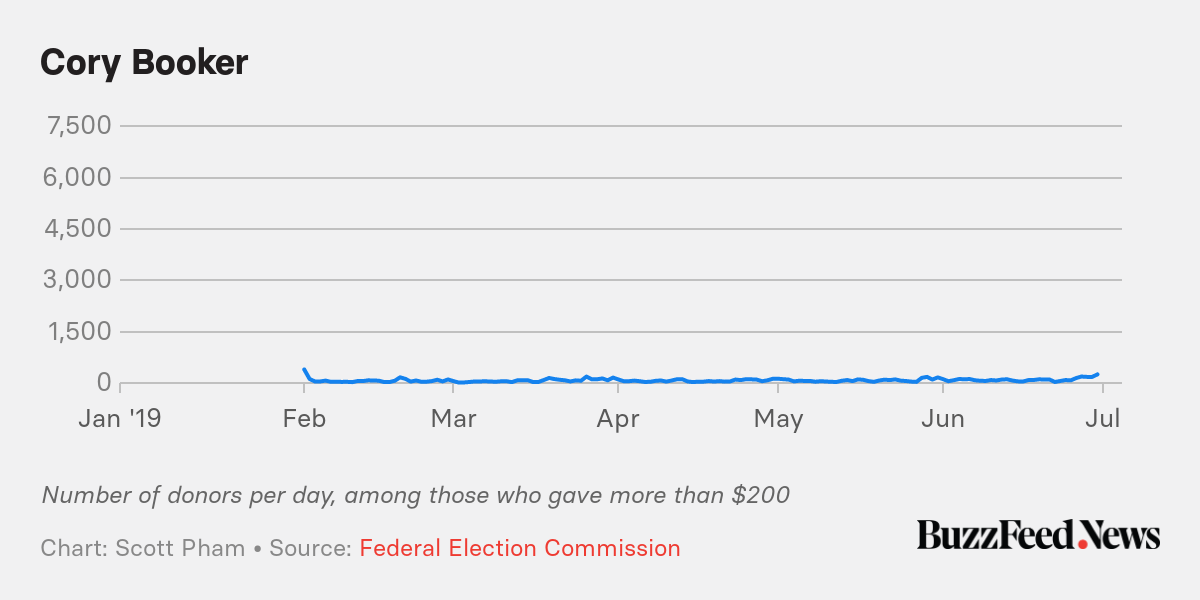 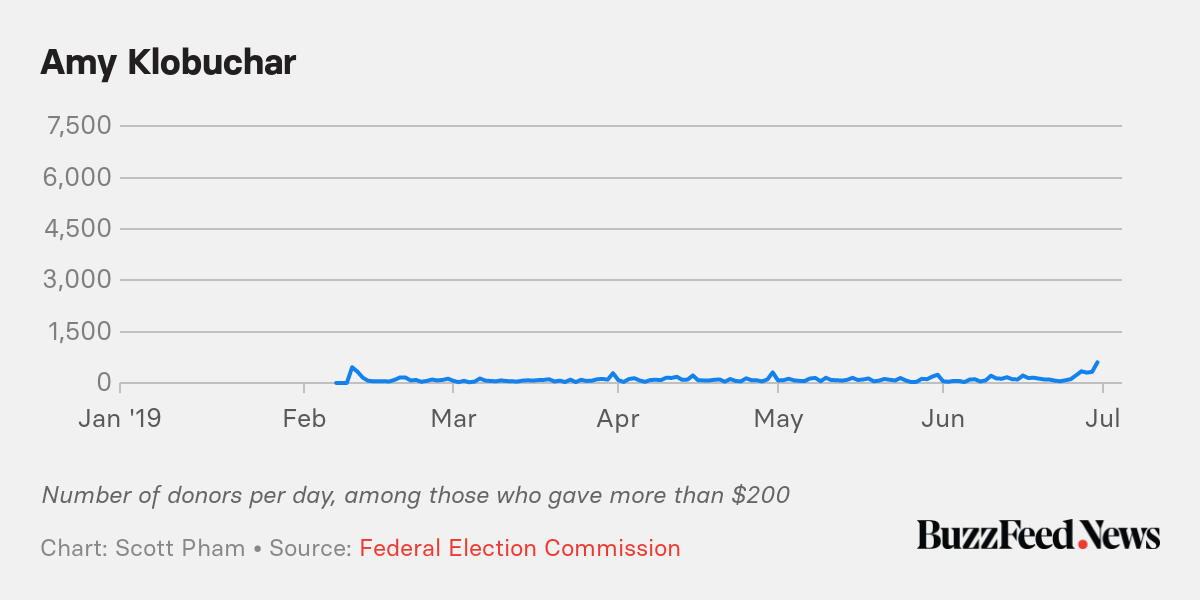 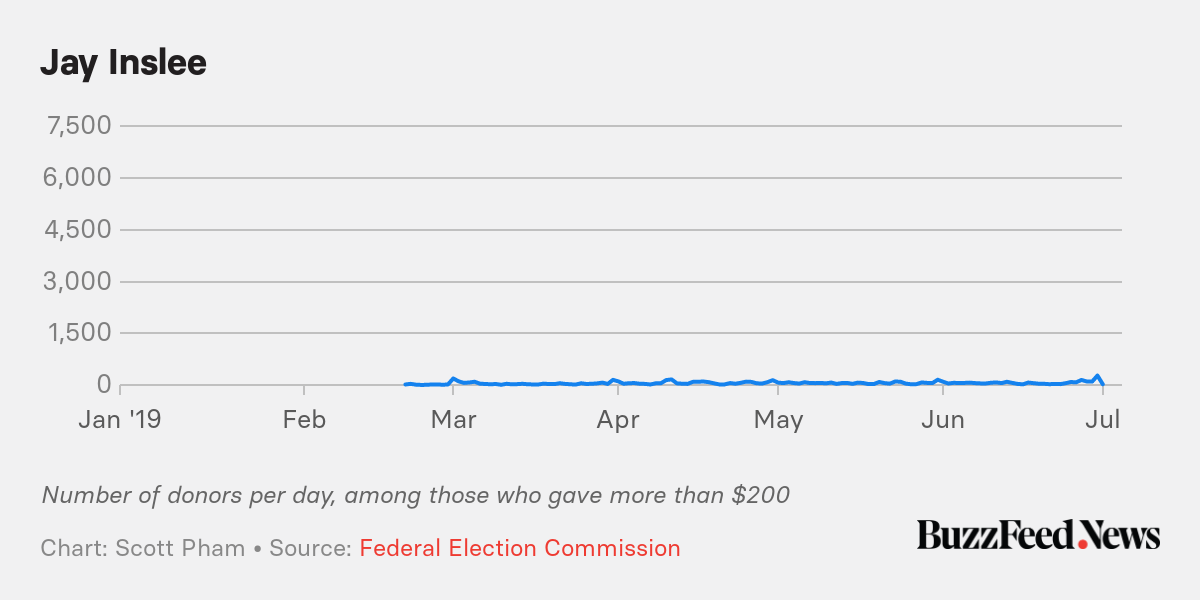 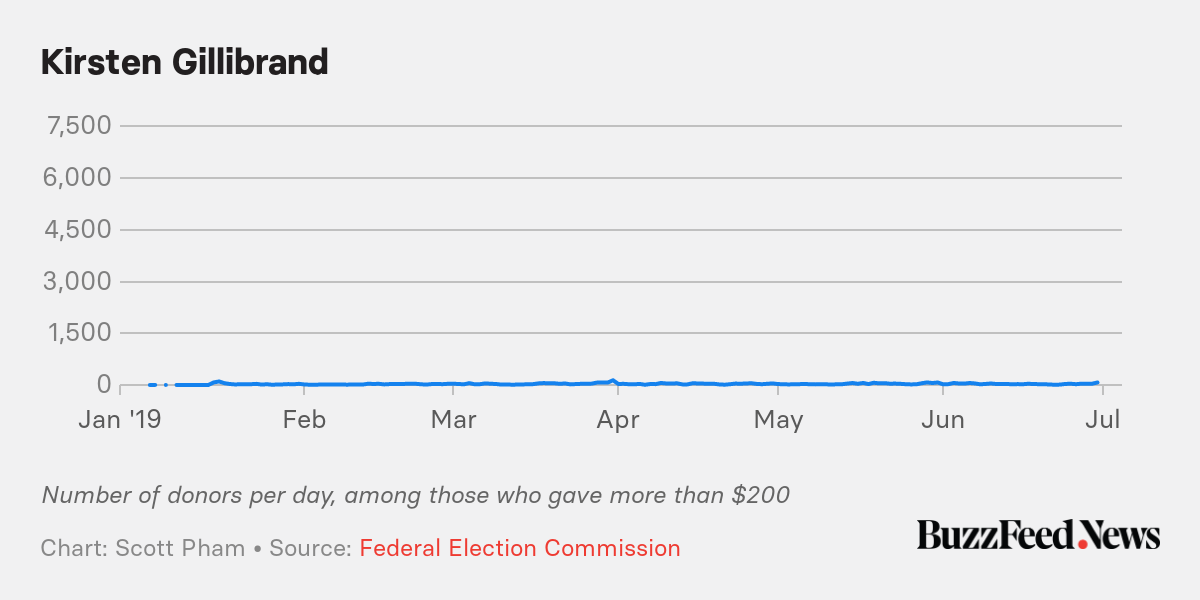 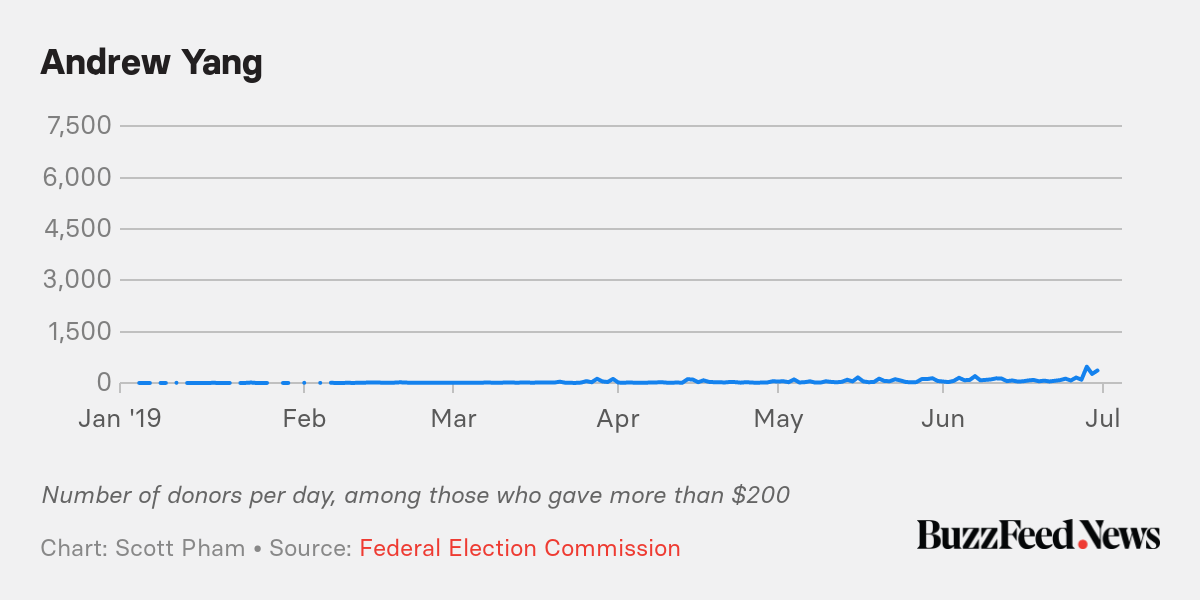 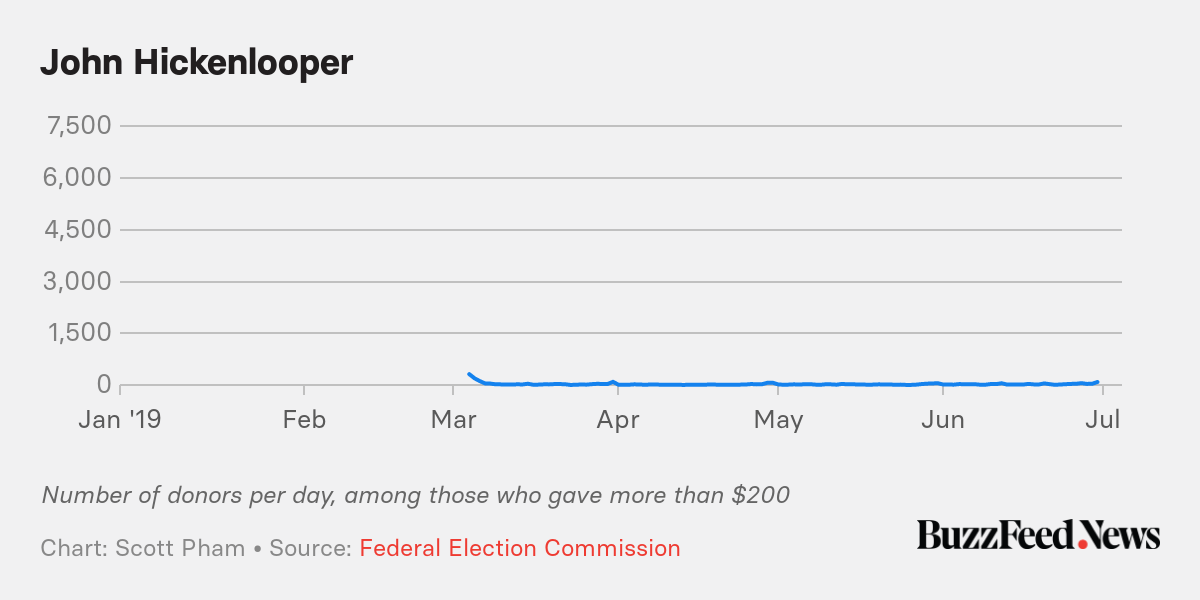 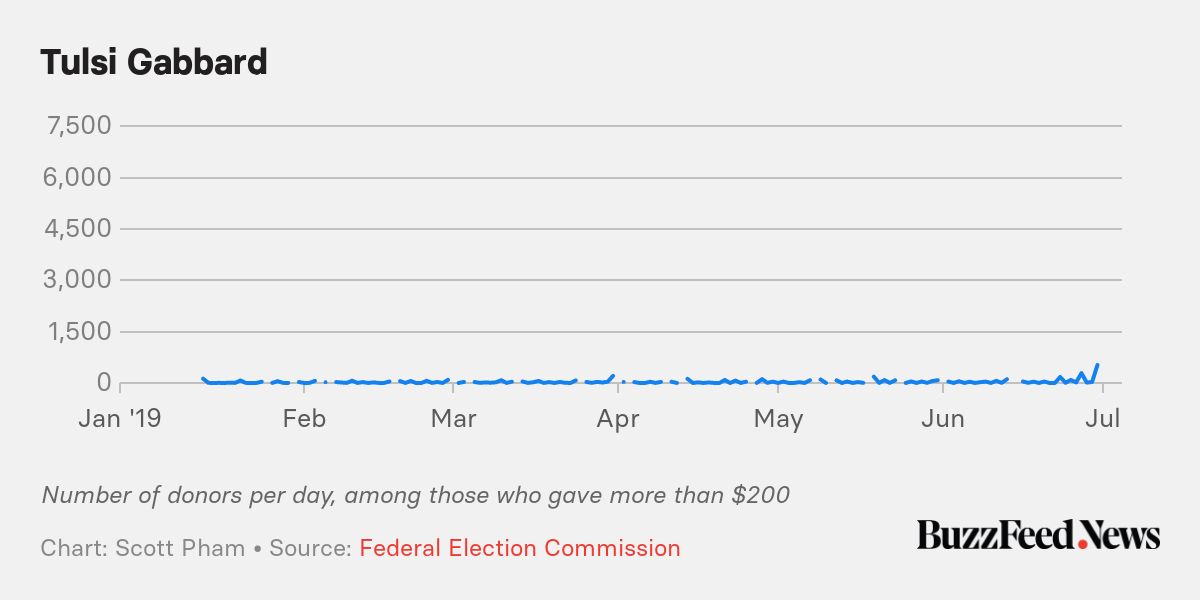 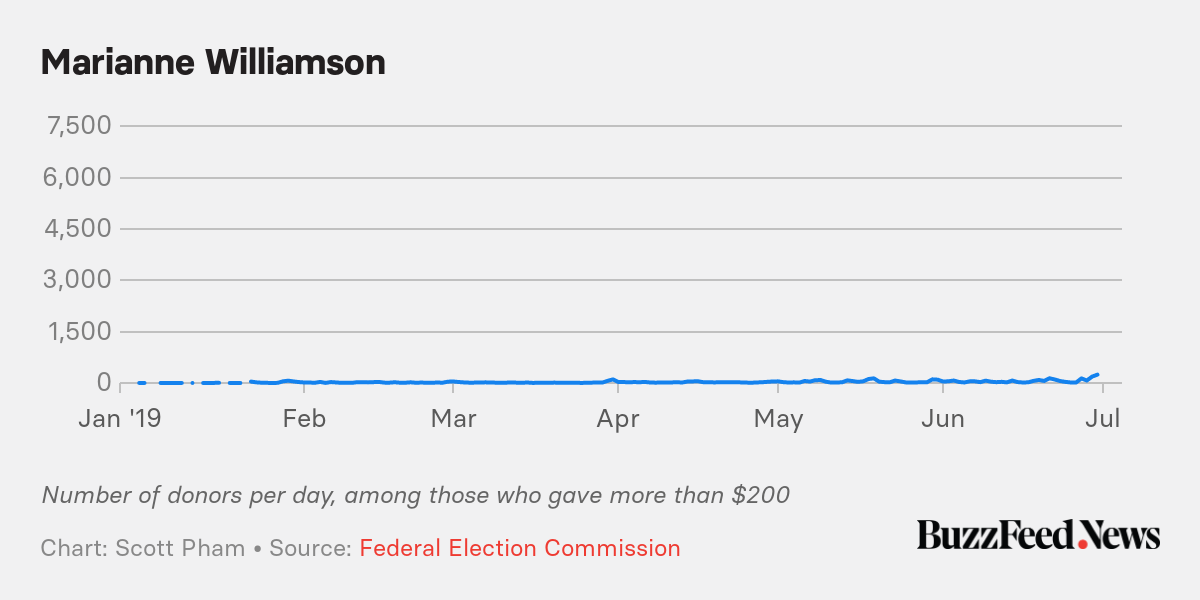 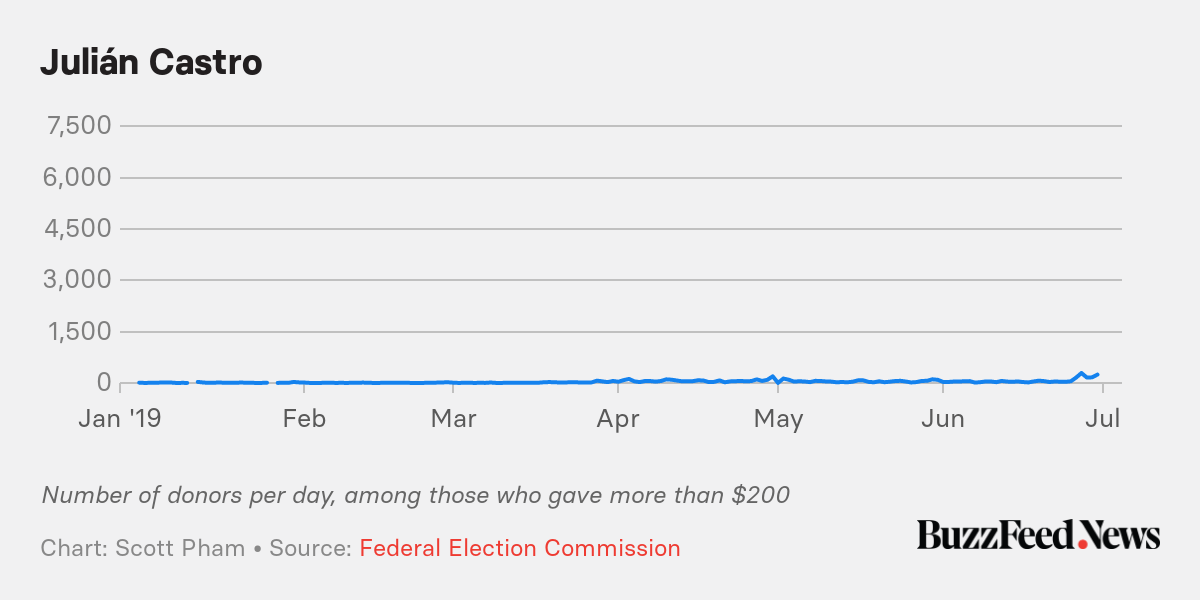 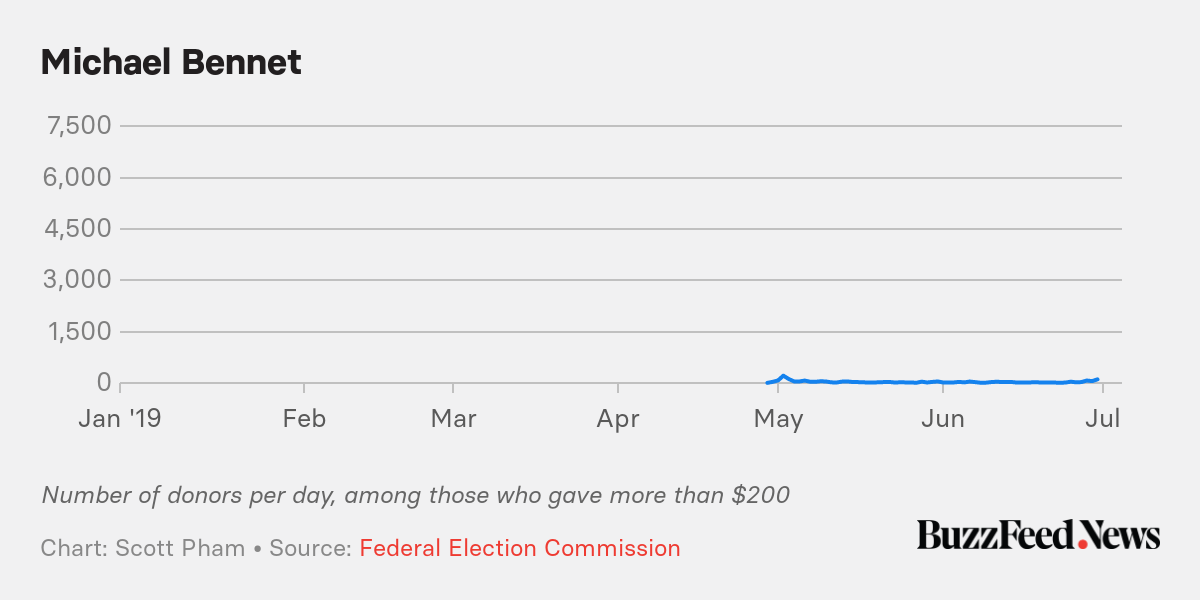 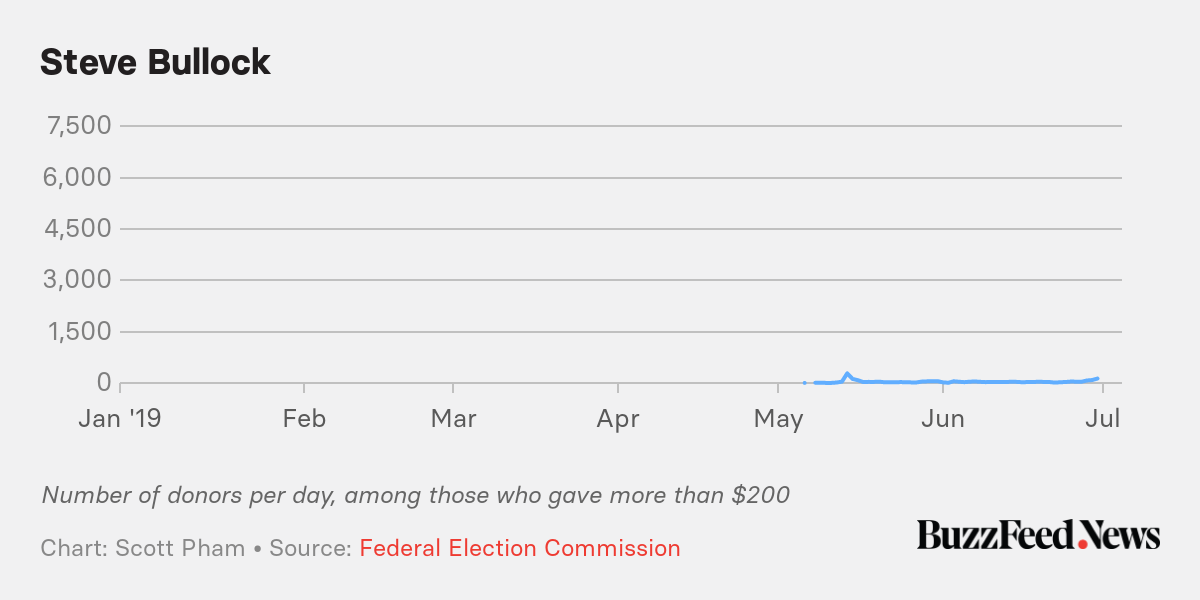 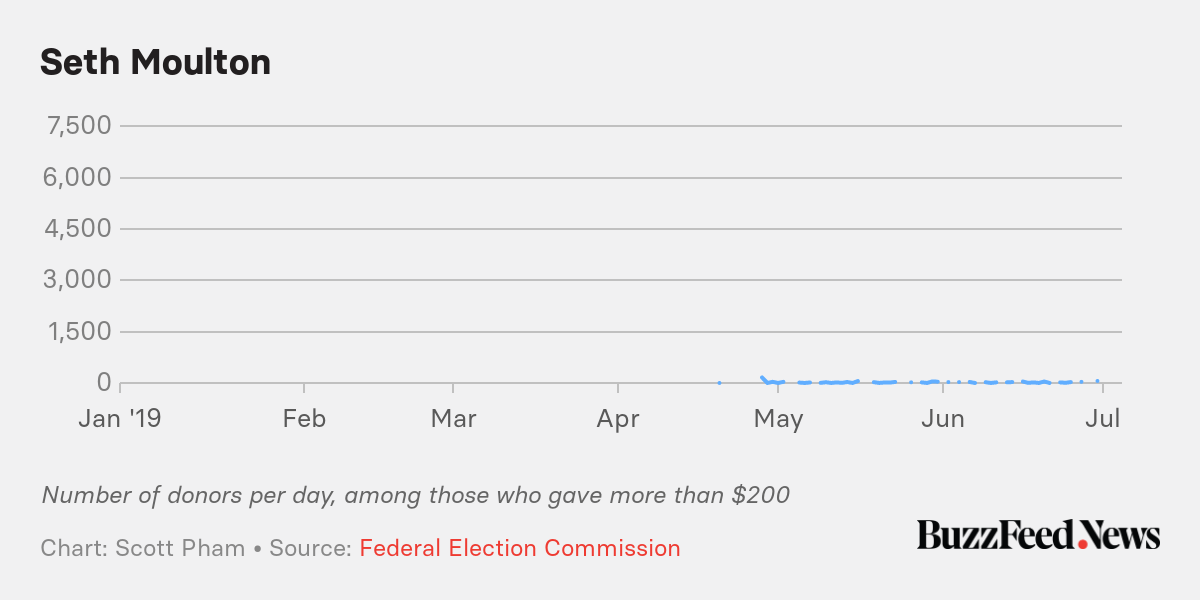 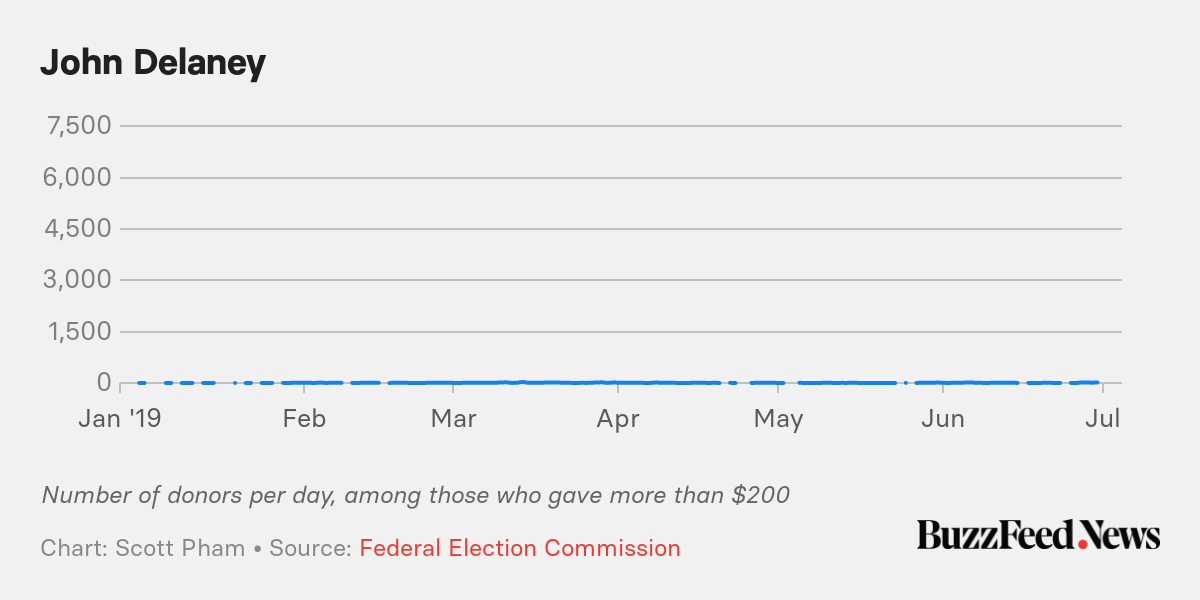 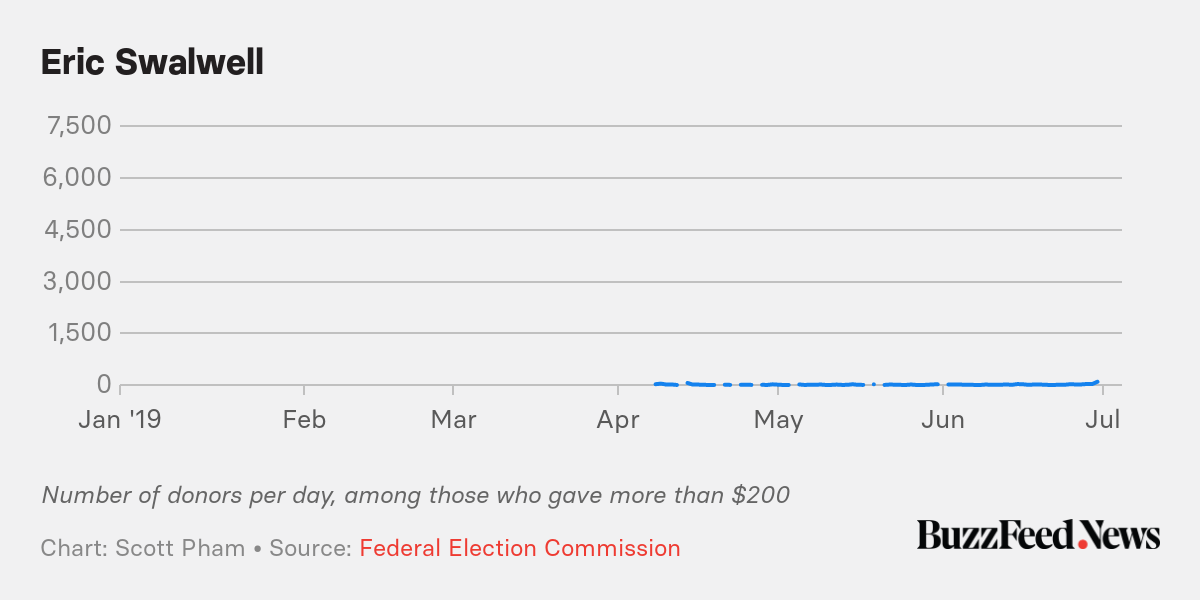 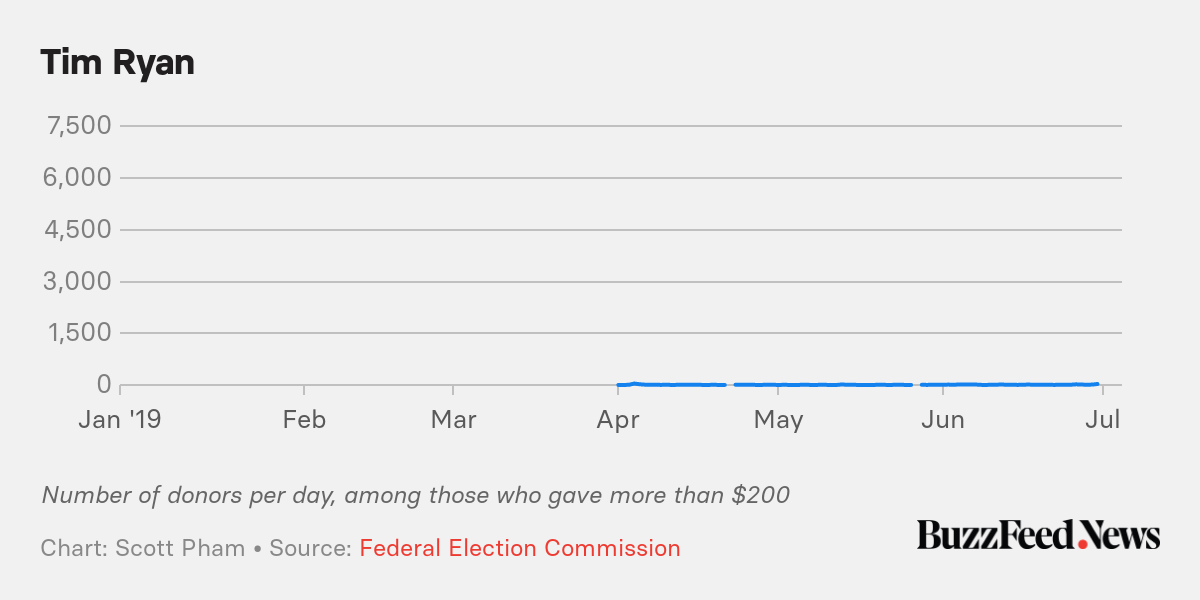 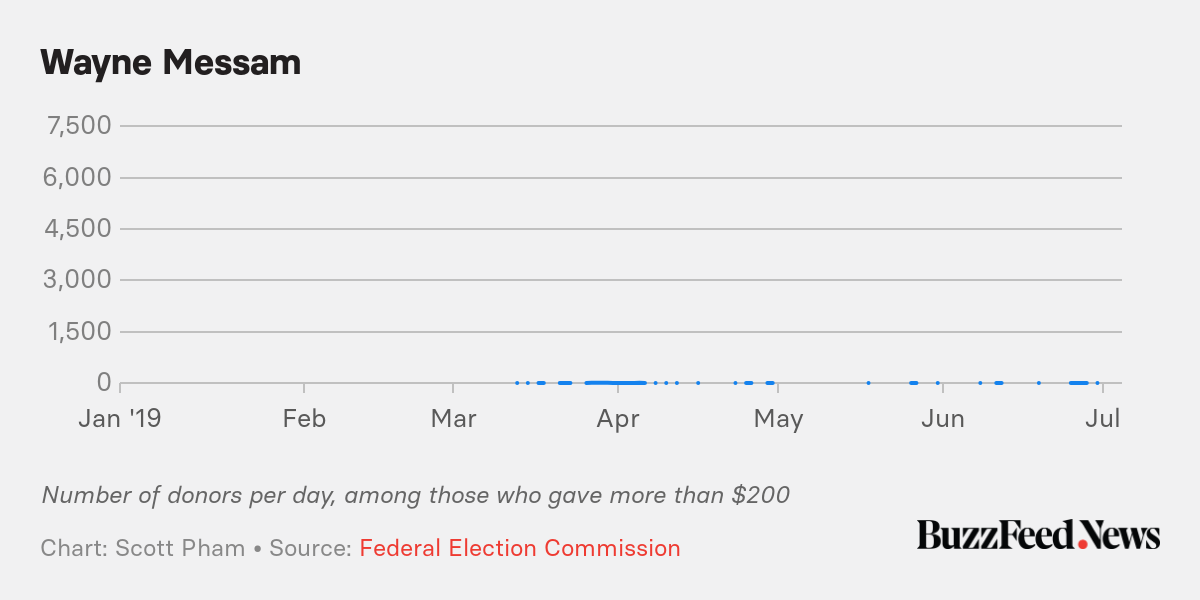 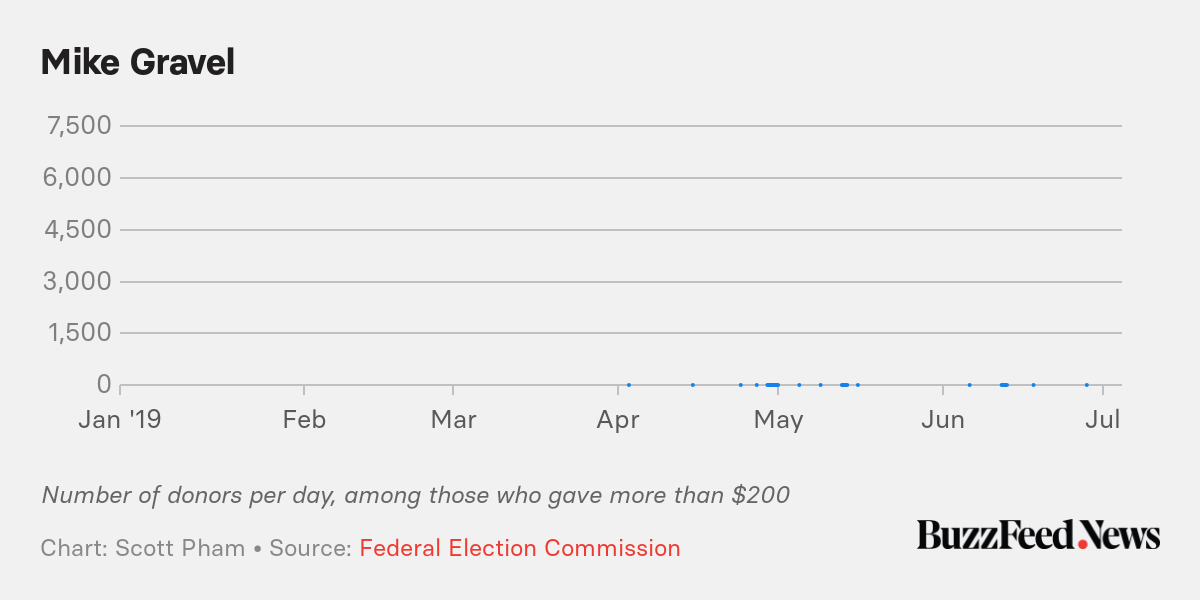 All the Celeb Couples Who Recently Got Engaged