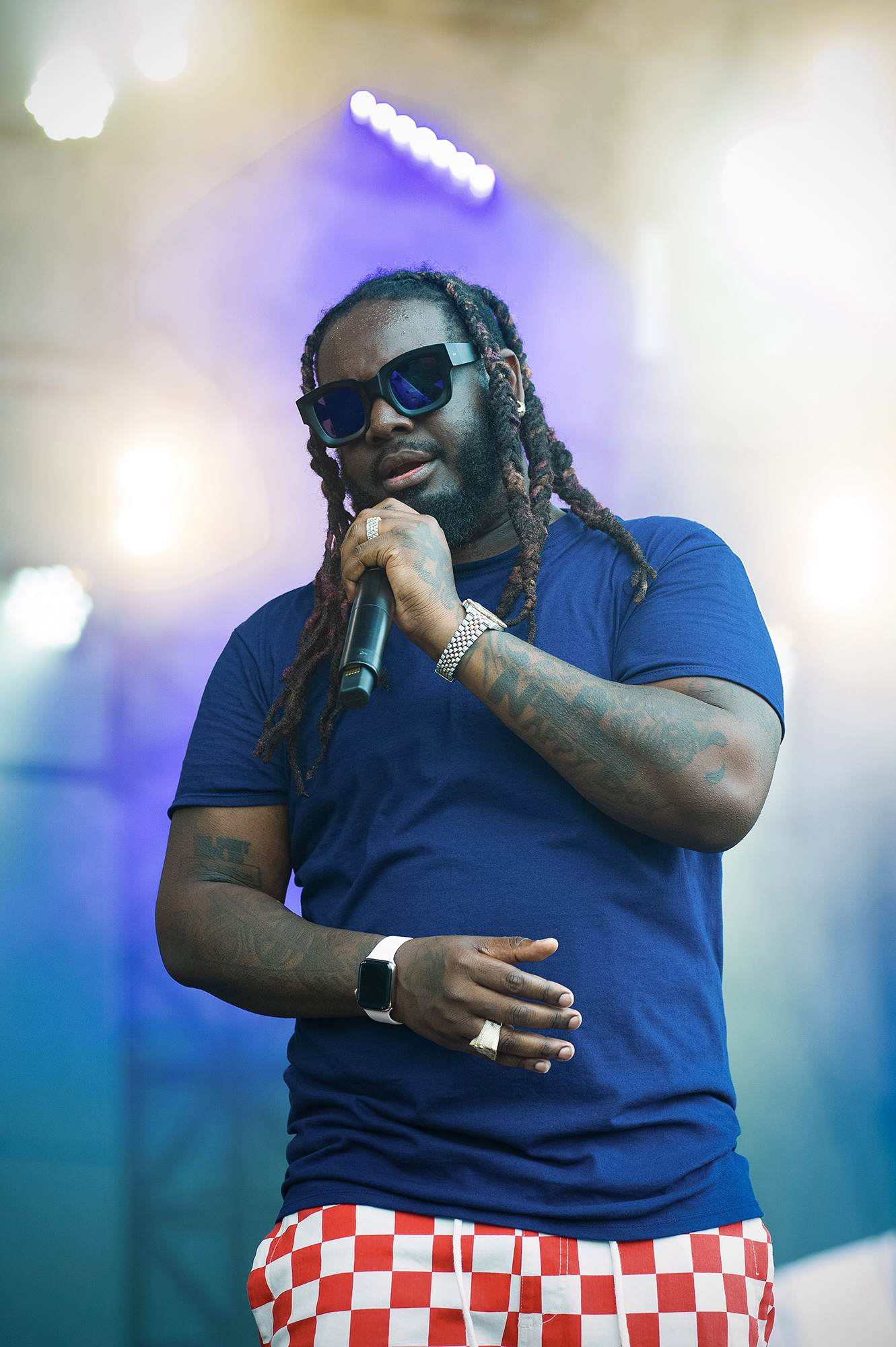 T-Pain is ready to get the party started! The SKAM artist, whose real name is Faheem Rasheed Najm, opened up in the latest issue of Us Weekly about the hottest songs – both old and new – that he’s listening to right now.

Read the full playlist below:

2. “Earfquake” – Tyler, The Creator
“The chorus of this one is hella infectious and overall, it’s just a feel-good song. The video that Tyler did for it is also cool as s—t!”

3. “Cellophane” – FKA twigs
“The video for this song alone is just amazing. FKA twigs is talented in so many ways. This is a track I throw on and just vibe to when I’m chilling in my own world.”

4. “Middle Child” – J.Cole
“Cole snapped on this one. I listen to this when I need to get hype before a performance!”

5. “Strawberry Bubblegum” – Justin Timberlake
“This may be one of my favorite songs out there. JT really did his thing with this one. The melody is crazy and I find myself singing this all the time.”

6. “War Pigs” – Black Sabbath
“This song makes me feel like a badass. I listen to this when I’m getting ready for a show. I’m doing something real special with this song. Be on the lookout for it!”

7. “GOAT Talk” – T-Pain feat. Lil Wayne
“A special T-Wayne track from my new album, 1Up. This is s–t talking at its finest. Wayne and I just wanted to brag and boast a little bit. This gets me hype before my shows.”

8. “Paranoid” – Russ
“Russ is my guy, and he has bars. His songs are always tough. We did a track together called ‘Here It Comes’ on my latest album, as well.”

9. “Higher” – DJ Khaled, Nipsey Hussle and John Legend
“RIP Nipsey Hussle. Nothing but respect for the hip-hop legend. I also appreciate the lyricism and crazy vocals from John Legend on this one.”

10. “Baby Shark” – Pinkfong
“The hottest song ever released aside from anything I’ve done! ‘Baby Shark’ is stuck in my head until the end of time. It’s mad catchy.”

Just Married! The Sweetest Things Zoë Kravitz and Karl Glusman Have Said About Each Other
Recent Posts