Craig Revel Horwood has playfully hit out at his fellow Strictly Come Dancing judge Anton Du Beke, calling him ‘way too lenient’ and ribbing him for ‘crying’ over dances.

The longest-serving judge was confronted with the overall points the panel had dished out so far this series on Wednesday’s episode of companion show It Takes Two, which unsurprisingly saw Craig in last place with the lowest number of 10s awarded, as well as marks overall.

However, the 57-year-old did admit that he was surprised by the numbers and hadn’t realised he was ‘such a Scrooge’ before defending his marking.

Host Janette Manrara presented him with a graphic showing how many 10s had been given by the judges so far, with Anton in the lead with 12, followed by Head Judge Shirley Ballas on 11, Motsi Mabuse on nine and Craig way behind on just one.

His first 10 of the series was awarded at Blackpool to Fleur East and her partner Vito Coppola for their couple’s choice routine to a Destiny’s Child megamix, which he said was so good it gave him ‘no choice’ but to give them the top mark, and resulted in the series’ first perfect score of 40.

When Janette asked if he was too harsh or the other judges were too lenient, he pointed at them in order, saying: ‘Way too lenient, lenient… lenient.’ 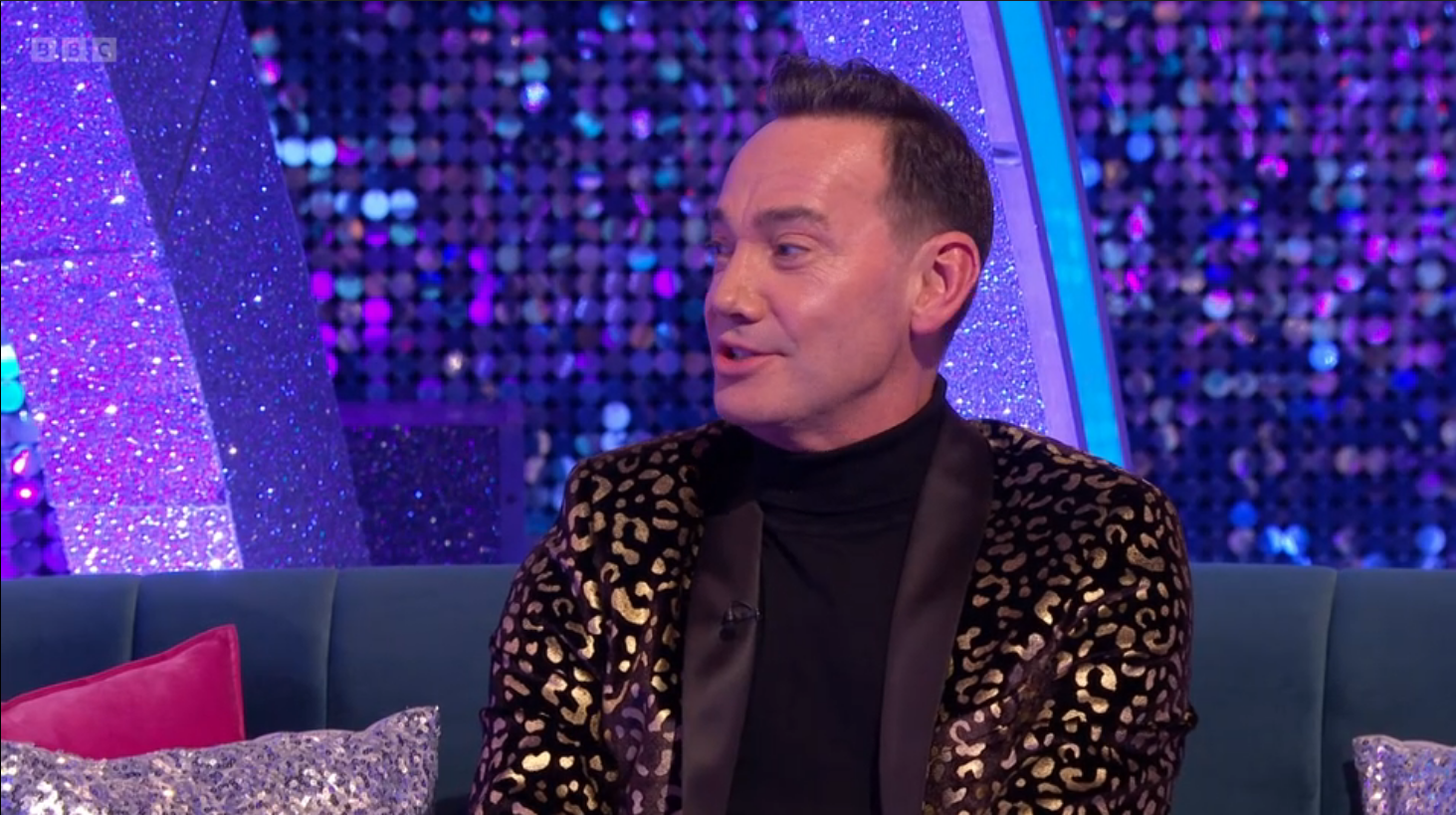 ‘But he’s got the experience of what we feel like as couples on that dancefloor competing,’ Janette pointed out in response, but Craig was having none of it.

‘Well, that’s where it’s wrong, darling. He needs to stop getting all personal and getting emotive and emotionally attached to the dancing.

‘I’m there to judge just one minute and 30 seconds, and I do it to the best of my ability. I don’t start crying like Anton, I don’t get emotionally involved in everyone’s journey.’

When the overall marks given so far in 2022 were then revealed, Craig was shown to be almost 100 points behind the next toughest marker, Shirley, on 705 to her 802.

‘Did you realise you were such a Scrooge with points,’ Janette asked, with Craig sheepishly responding: ‘Uh, no!’

He then added: ‘I’m not, actually – you have to remember there are numbers ranging from one to 10 in my paddle box and I like to use all of them!’

The Aussie also admitted he was ‘oddly’ surprised at the final seven couples who remain in the competition, revealing that he thought Tyler West, who was eliminated at Blackpool, would still be in the running – despite the fact he choose to save Molly Rainford over him in the dance-off.

‘I did think Tyler would have gone through. It’s just one of those things, I think this happens every year where we get two really good dancers that are put into the bottom two and we’ve got to choose out of them and it’s really disappointing, but that’s the way it is.’

It Take Two airs weeknights at 6:30pm on BBC Two. Strictly Come Dancing returns on Saturday at 7:15pm on BBC One.