On Wednesday, two of the three major auction houses announced shifts in the makeup of their leadership teams.

Phillips announced that Stephen Brooks would become the company’s next chief executive as its former leader, Edward Dolman, transitioned to a new role as executive chairman. Separately, Sotheby’s said that the head of its fine art division, Amy Cappellazzo, would depart the company after more than five years guiding it toward billionaire clients and major sales; her duties will be divided among three different employees when she leaves the auction house this summer.

Changes in the upper echelons of the auction world demonstrate how companies are trying to reposition themselves for growth during the pandemic, said Natasha Degen, chair of art market studies at the Fashion Institute of Technology.

“This is a moment when clearly sales have decreased in the business,” said Degen, referencing the 26 percent decline in global auction sales last year. “So auction houses quickly pivoted online. They have taken a real interest in new categories like NFTs, sneakers and streetwear. There are also more collaborations between auction houses and luxury brands.”

Earlier this week, Phillips revealed a new advisory service intended to help their clients find works of art in the primary market, which consists of galleries and artists’ studios. The initiative demonstrated how auction houses have taken the year to diversify their offerings, making incursions into business areas once firmly controlled by art galleries.

“Our ambition is considerable,” said Brooks, who regards the advisory service as part of a larger plan to accelerate growth at the auction house. Brooks, 56, a key member of the board of Christie’s and its executive management team for over 11 years, also has plans to expand Phillips’s footprint in Asia and the 20th-century art market. He added that he would like to see the company double the size of its overall business in the next five years.

At Sotheby’s, change involves a triumvirate of new positions. Brooke Lampley will oversee auctions and private sales for categories including old masters and contemporary art; Mari-Claudia Jiménez will lead the company’s global business development activities; and Gregoire Billault is being promoted to chairman of contemporary art. 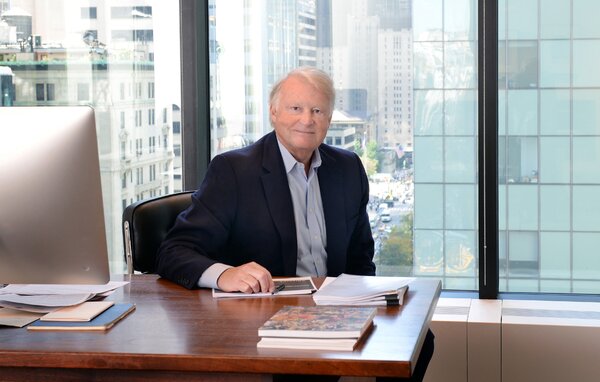 “We are trying to position ourselves for the future,” said Charles F. Stewart, chief executive of Sotheby’s, acknowledging the role Cappellazzo played in driving sales. “We are in a period of adjustment, adaptation, and transformation.”

Cappellazzo first rose to prominence as director of the Rubell Collection in Miami during the 1990s. She later helped establish Art Basel Miami Beach. In 2001 she began working for Christie’s until she started her own advisory firm, Art Agency, Partners, in 2014. Two years later, Sotheby’s acquired the company for $85 million and she signed a five-year contract, which ended in January.

Her tenure at Sotheby’s helped cement her reputation as an industry rainmaker. In 2016, she organized an auction of the musician David Bowie’s trove of artworks and a year later oversaw the $110.5 million sale of a Basquiat painting. Earlier this year, she also helped secure the $150 million collection of the philanthropist Anne Marion, which will be auctioned at Sotheby’s this spring.

“You sort of know when it’s the right time to leave,” Cappellazzo said in an interview, declining to discuss her next venture except to say that it would not be in direct competition with Sotheby’s. “The real story is what I’m doing next, but first I want this chapter to finish.”