Sterling “Steelo” Brim has no fear when it comes to expressing himself. We’ve mostly witnessed this over the course of his entertainment career as he has successfully executed 21 seasons as a co-host and producer of MTV’s Ridiculousness and kick started his own Wine and Weed podcast alongside Chris Reinacher. However, we also see it through his obsession for sneakers, which has developed over the course of his life and dates back to his youth as a multi-sport athlete.

As a kid growing up on the west side of Chicago, Brim was immersed in fashion and footwear culture. Not only was he brought up in the 90s — an era that many brands today still often utilize as a reference point — but he had the luxury of growing up in the Windy City during the prime era of Michael Jordan’s NBA playing days with the Chicago Bulls. He had no choice but to be surrounded by greatness, creative energy and timeless swagger, and all of these elements have played a significant role in him generating his own personal love for kicks.

Hot off the heels of Ridiculousness reaching its 10-year anniversary, HYPEBEAST had the opportunity to catch up with Brim for our latest installment of Sole Mates to discuss why Chicago is a hub for some the industry’s biggest creatives, his favorite style muses and why Joe Freshgoods’ New Balance 992 “No Emotions are Emotions” collaboration is important to him.

HYPEBEAST: Who or what got you into sneakers?

Steelo Brim: So you know, growing up in Chicago, I don’t think you really have an option. If you grew up in Chicago, you either had to have a pair of Mikes [also known as Jordans] or you wanted a pair of Mikes. That was just the culture. I didn’t necessarily have the means to own a whole bunch of sneakers like that, but I was always into sneakers in general, and I can remember as a child always sifting through Eastbay catalogs and always geeking out over the ones I really loved.

So what would you say really kick-started it for you more? Was it a love for Michael Jordan or did someone close to you introduce you to kicks?

I’d say it definitely first started with me just being active and playing a bunch of sports. I played basketball, baseball and football while I was coming up and I always wanted to have cool sneakers for the different sports I played. For basketball specifically, one of my favorite athletes growing up was Penny Hardaway and since I was a point guard I definitely gravitated towards Pennies. My dad didn’t necessarily give me the luxury of being a Bulls fan from a super early age, and because of this I didn’t get my first pair of Jordans until I was in fifth grade.

Do you remember what pair it was?

Yup, it was the Air Jordan 4 “Oreo” that my uncle who was a referee in the NBA gifted to me.1 of 4 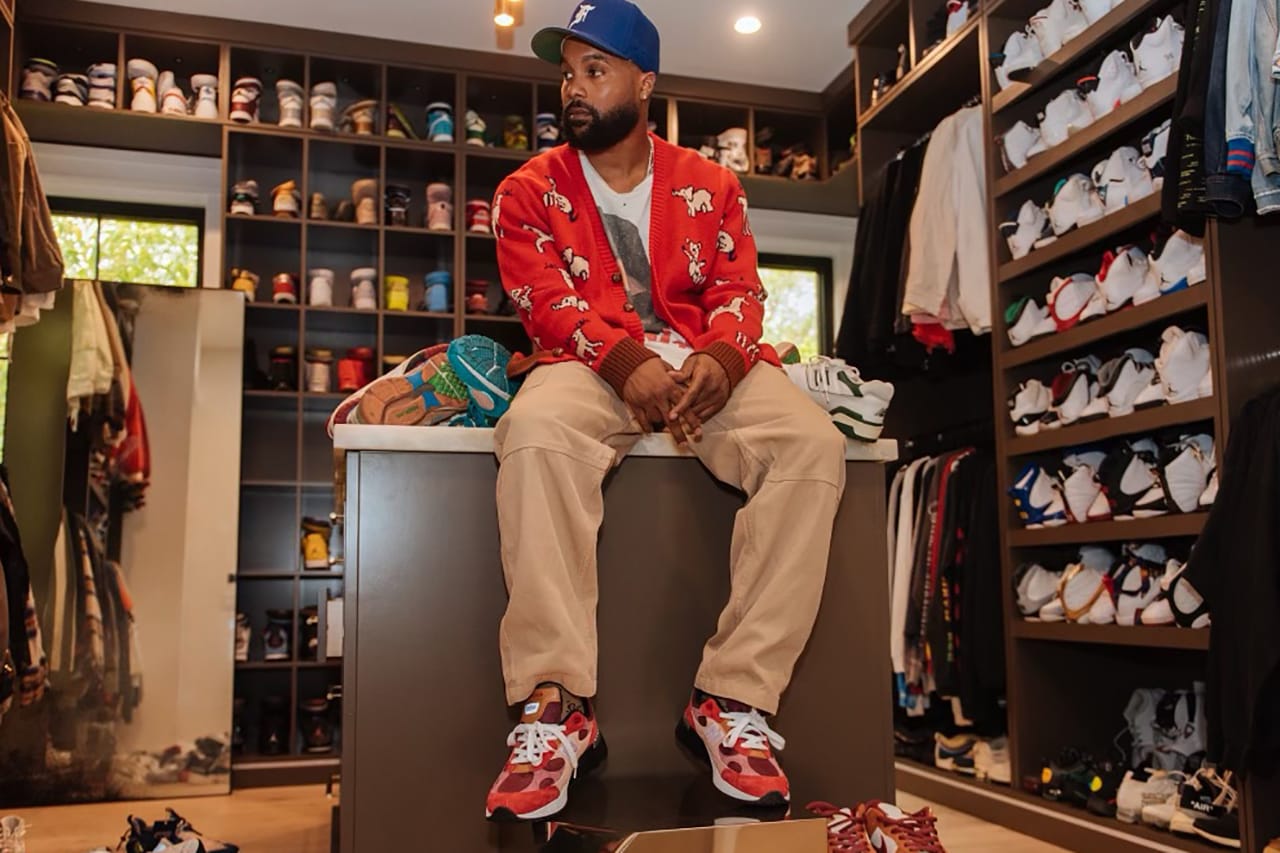 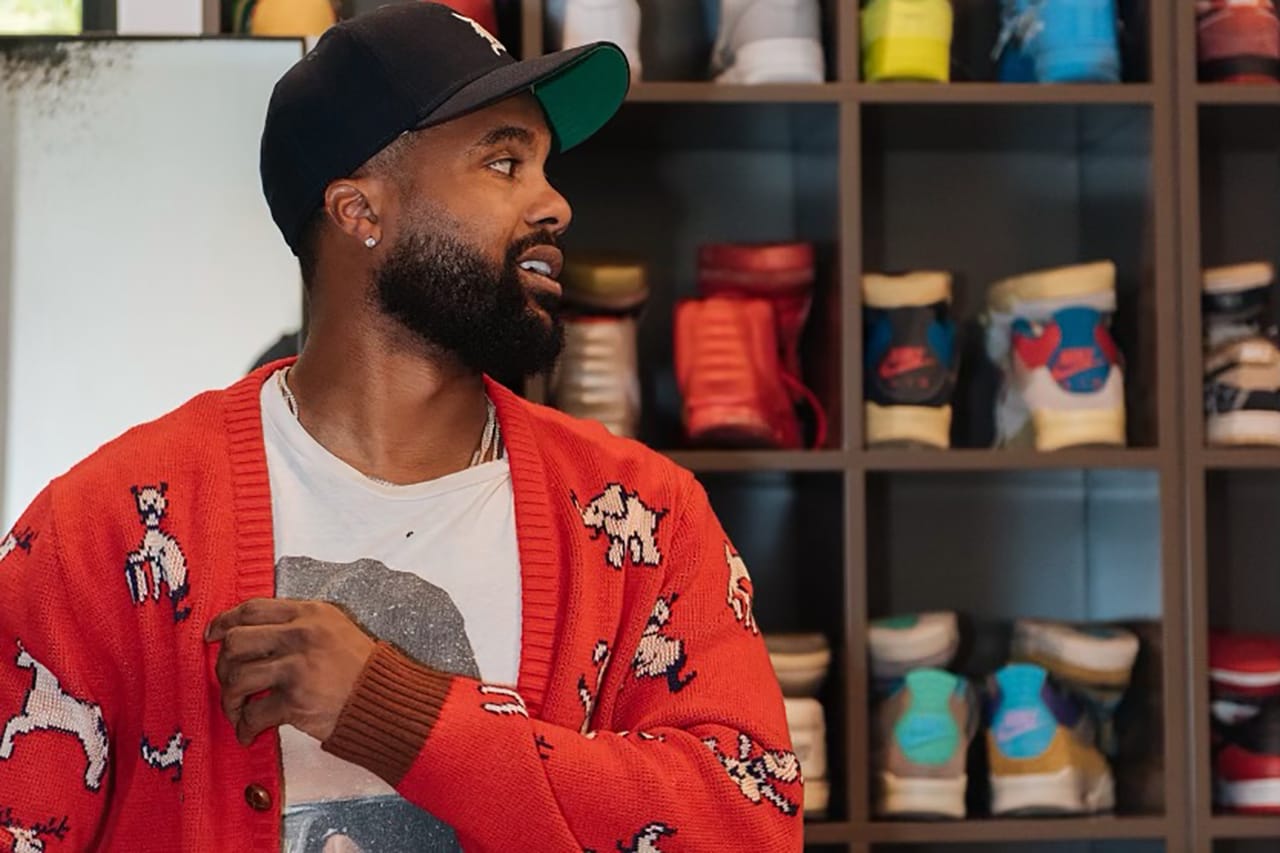 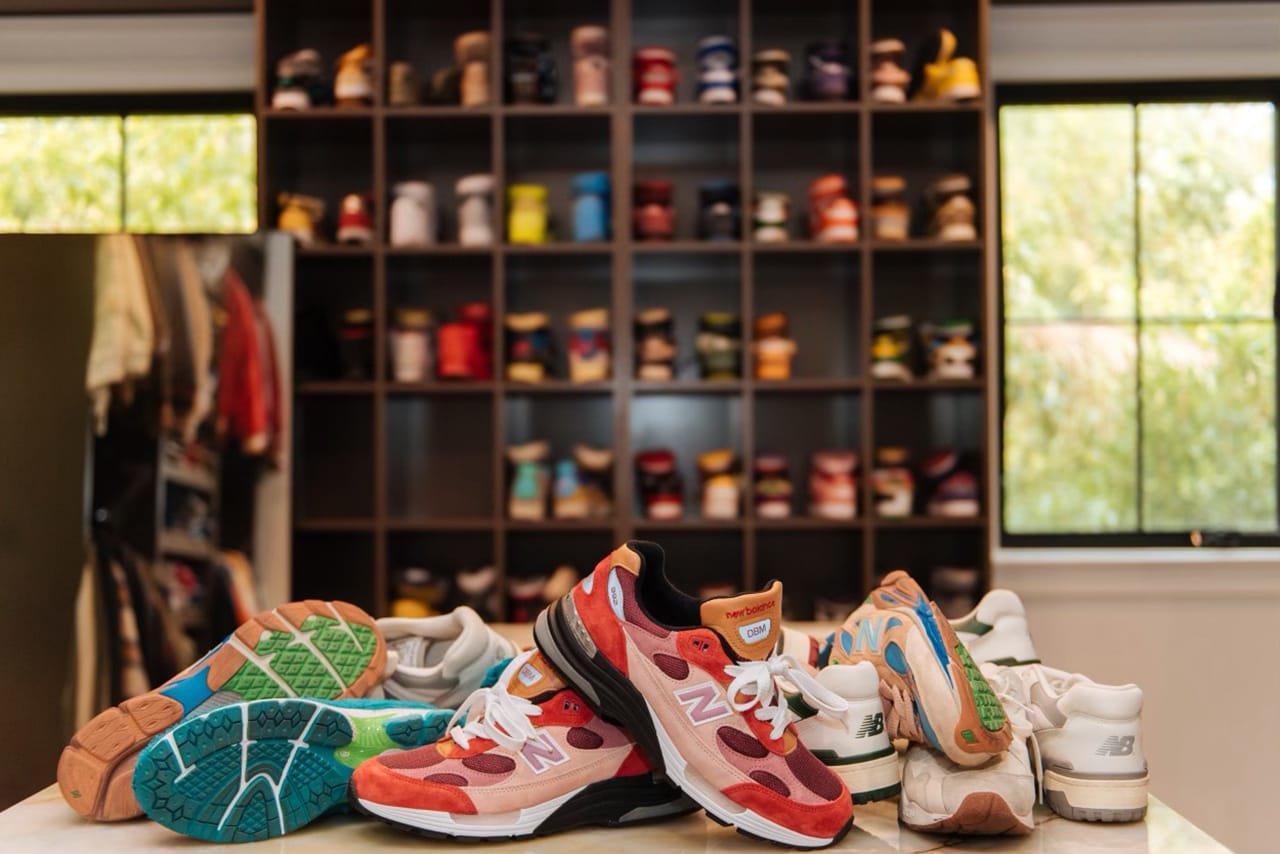 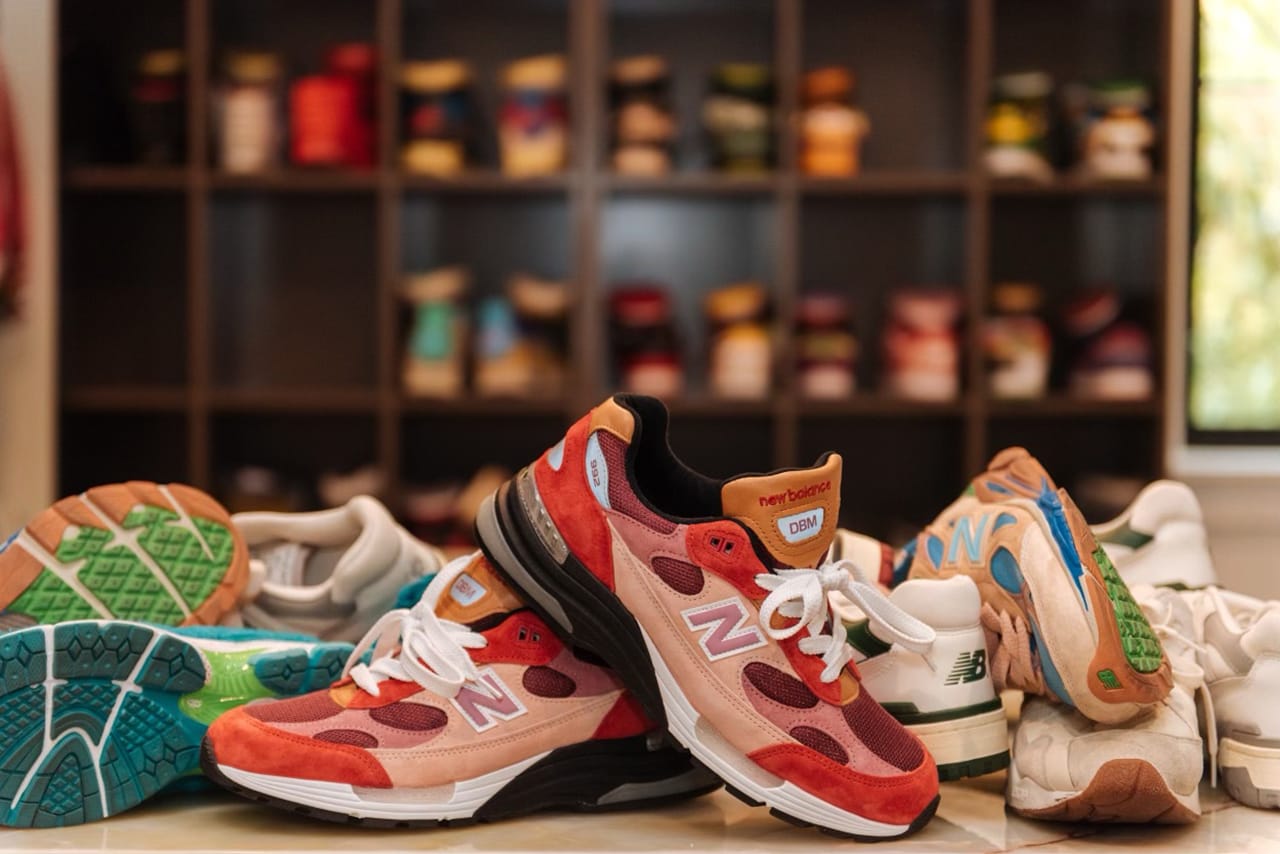 That’s not a bad first pair at all. Being that you grew up in the early 2000s, an era that plenty of brands use as a reference point today, did you have any big style muses back then?

I definitely have to say Kanye West, he was always fire in the early 2000s. Cam’ron for sure, I was always really big on Dipset’s style when they were rocking Miskeen [Originals] painted shirts. Will Smith was really fly to me. Obviously he always had fresh kicks on in his 90s TV shows like The Fresh Prince of Bel-Air, but I always love how he wasn’t afraid to dress a little funky and try new things.

Also too, my dad allowed me to start dressing myself from when I was like three or four years old. I remember one time I threw on my brother’s football pads and some cowboy boots, walked around the house like that and my mom was pissed [laughs]. She asked my dad why he let me dress like that and he was just like “He likes it!” So I think I can also attribute my love for fashion to my dad’s sense of humor and my desire to just try new things.

“I think we’re just special and we have a certain cloth to us that you can’t find in any other city. When you meet Chicagoans, there’s pride and excitement that’s always widespread in the city.”

I think a lot of people associate Chicago with culture-shifting people like Michael Jordan, Kanye West, Virgil Abloh, Don C etc. What do you think it is about Chicago that spawns creativity?

It really is just the culture of the city. One thing that Chicago is really known for is being a city for art. It’s constantly being thrown in your face, and that’s why guys like Virgil, Ye, Jerry Lorenzo, Joe Freshgoods — [the latter] is a really good friend of mine — have been able to make waves in the industry. I think we’re just special and we have a certain cloth to us that you can’t find in any other city. When you meet Chicagoans, there’s pride and excitement that’s always widespread in the city.

Chicago has several notable sneaker boutiques like RSVP Gallery, Notre, St. Alfred, etc. Where was Steelo Brim copping kicks as you were coming up?

So definitely St. Alfred. Myself, Joe [Freshgoods] and others were always hanging around the store, in those circles attending the store events and all that. Another store that comes to mind is Leaders [1354], I was certainly shopping there a lot throughout high school and trying to build up a decent collection.

So as I was doing my research on you, I came across a couple of sneaker-related stories. One of them involved you dropping a pretty penny for “Space Jam” Air Jordan 11’s on the resell market. Can you elaborate a little more on this?

Yeah man it was crazy because that was like 11 years ago and I paid somewhere between $700 USD to $1100 USD for them, which back then was insane for just a pair of kicks. I copped them at this shop called Holy Grail that was right across from the Staples Center in LA. Looking back on that, I am kinda mad I went to that length to pay that price, but it was just a shoe I had to have in my collection.

“In college, the 992 was almost like a holy grail on campus and every DC dude had a fresh pair at all times, so when Joe — a fellow Chicago native — did his own rendition, it was special for me to have that intertwined relationship with the shoe. It feels like a full circle moment for me.”

I mean it’s definitely a classic, and also one of my favorite pairs of J’s ever so I don’t blame you. Switching gears here, let’s touch on your Sole Mates shoe selection, the Joe Freshgoods x New Balance 992. What is it about this shoe that resonated with you?

It’s definitely the Chicago connection and the pride that comes with it. When you’ve been in the game long enough and you’ve known people since you were a teenager, it just feels good to see your peers and your close friends killing it. Other than that, the shoes are just dope. It resonated with me because I went to college in Baltimore. It’s interesting because I’m from Chicago where nobody wore 992s. It was more of a [Washington] D.C. culture thing. In college, the 992 was almost like a holy grail on campus and every DC dude had a fresh pair at all times, so when Joe — a fellow Chicago native — did his own rendition, it was special for me to have that intertwined relationship with the shoe. It feels like a full circle moment for me.

While we’re on the topic of 992s, the silhouette saw its first retro run in 2020 and New Balance brought the signature grey colorway mostly commonly associated with Steve Jobs back and they had collabs with JJJJound and WTAPS. What are some of your other favorite 992 colorways?

I honestly would have to go with the traditional grey retro release. That shoe is just like the all-white Air Force 1 Low or the wheat Timbs. It’s a necessity.

When I think of shoes that are popularized in Chicago, I automatically think about Jordans and Converse Chuck Taylors, but were New Balances prominent in any areas of the city as you were growing up?

Definitely not because you were competing with the home of Michael Jordan as far as basketball and culture goes. I’d say they started to catch little waves in high school, but if you owned New Balances in Chicago back then, then you were sort of a “cool kid” and probably owned a large collection of shoes.1 of 3 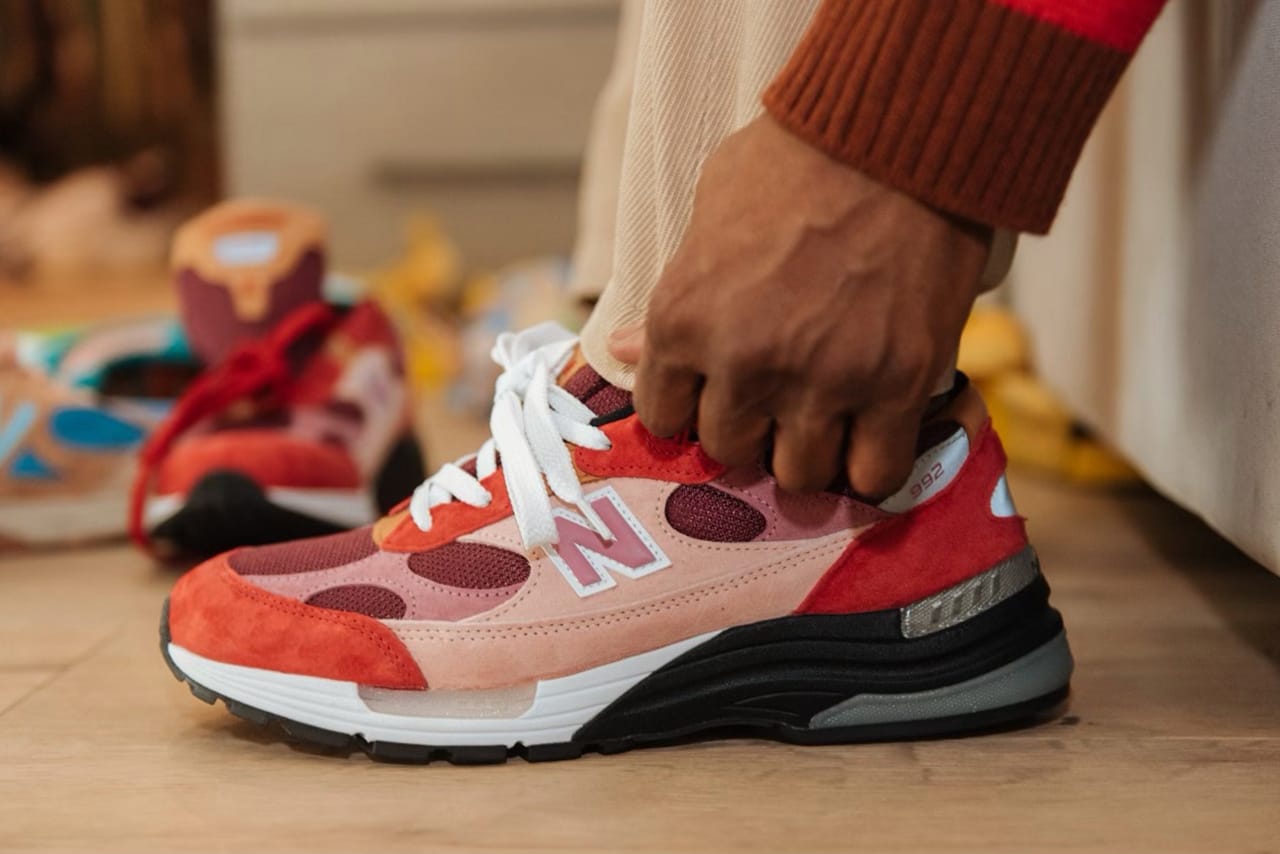 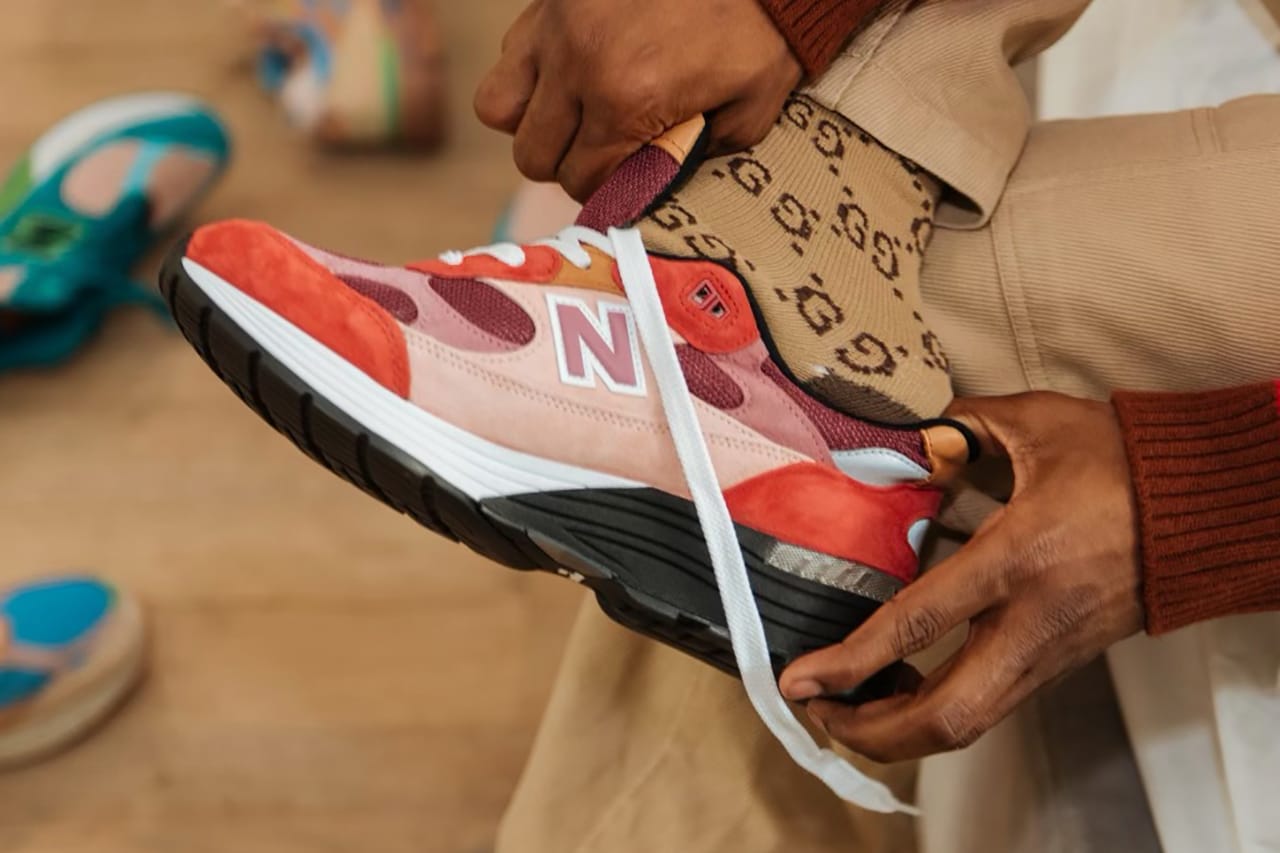 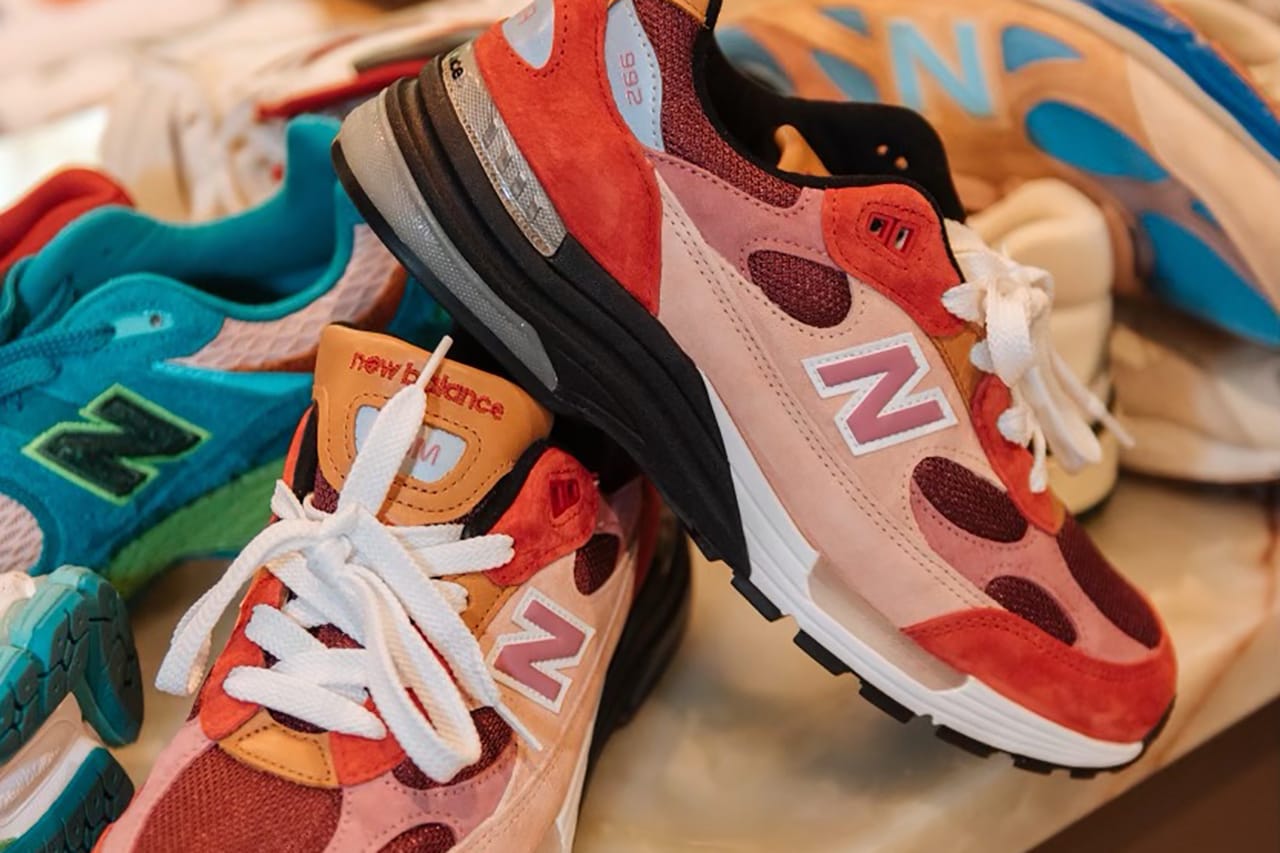 New Balance in general is on a hot streak right now when it comes to pushing out collaborations in general, do you have any others in your collection that you’re really loving right now?

Definitely. One of my favorite pairs that I’ve been rocking religiously is the No Vacancy Inn x New Balance 650 collaboration that was made for StockX. I love that shoe so much because it goes with so many outfits whether that be on a more casual vibe with tube socks or with something more elevated.

Why are sneakers and the stories they hold important to you?

I think sneakers, like anything else, are like music or movies. It takes us back to memories and to certain times. There’s direct correlations like remembering a certain song at your sixth grade dance. If you played sports, it’s like reminiscing about AAU tournaments and remembering the Melos or the Pro Models that you hooped in. It becomes a full book and you start to remember your teammates, the smell of the locker room, the parties you went to and just overall the different stages of your life.
Source: Read Full Article