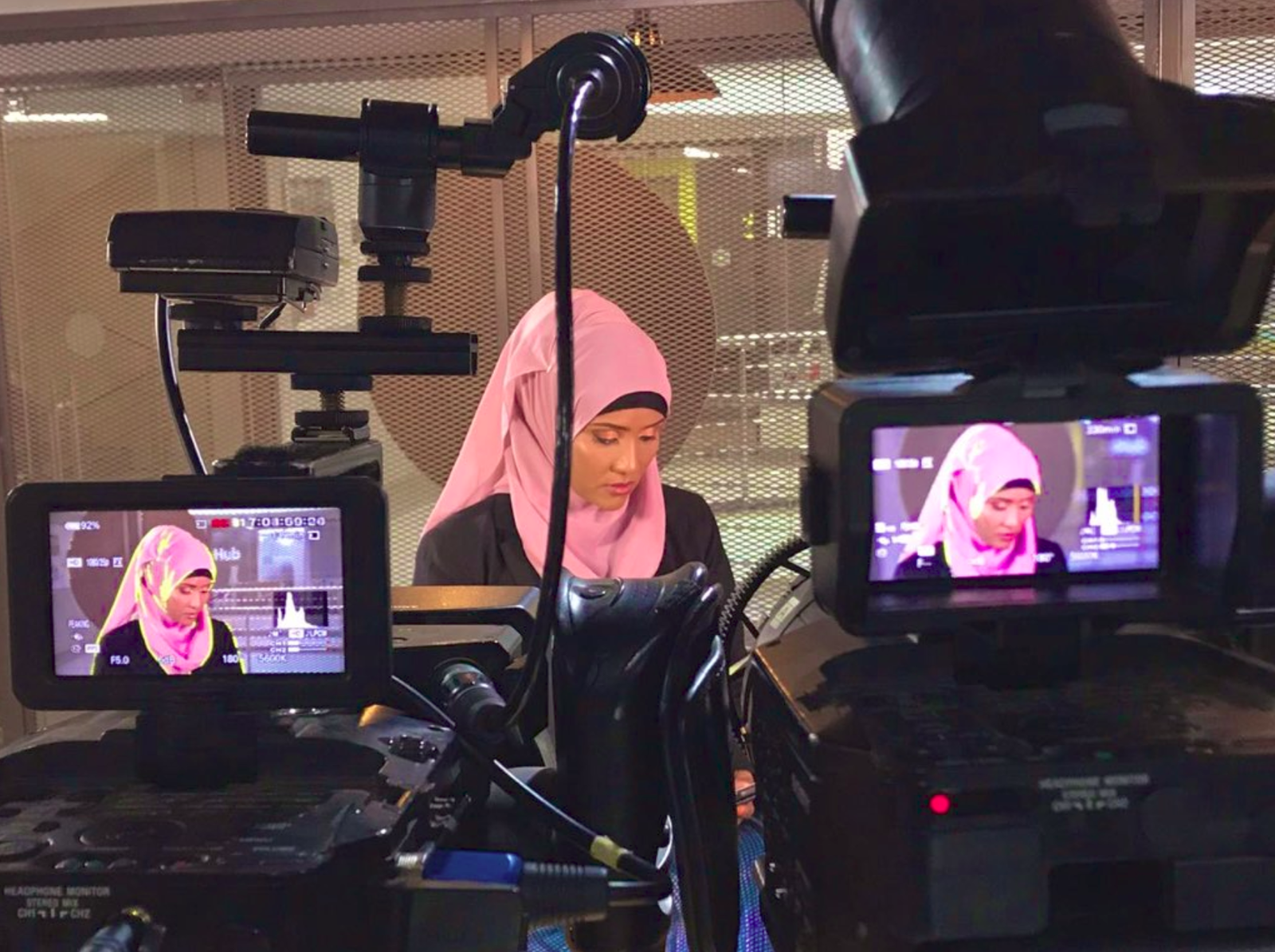 Hodan Nalayeh, who was murdered Friday by terrorists in the Somali port city of Kismayo, was the best of us, and the best of a new kind of journalist.

She was part of our global diaspora, and she told stories for and about us. It was, in the end, even more powerful than her childhood dream of working for CNN, something she once said dawned on her after she could not find a job at the network. She found her way to a refugee camp in Kenya to report anyway.

“Standing in the middle of an open desert field with sand blowing in my face, I realized my fellow Somalis needed my gift of storytelling,” she once said on Somali Sideways. “I did not need CNN or any other network to be a voice for my community; I needed to create my own platform. I did not need anyone to hire me when Allah hired me for the job.”

Hodan was the model for a new kind of trailblazing journalist, a global figure tied to her global community. She was born in Somalia in 1976, and spent most of her life in Toronto and Alberta before she returned to Somalia earlier this year to document positive and uplifting stories of her people.

The Somali society is global: When people fled their home country three decades ago because of a civil war, many established new lives outside Somalia. They moved to Europe, others in North America, some in Asia. All these communities are interconnected, with some families literally living across continents. Somalis, who are very much an oral and visual society, are skilled at spreading news to the rest of the community through word of mouth, and now instantly via social media. They are avid news consumers.

Hodan understood the need to disseminate inspirational videos for a society whose country was ravaged by war and conflict. She understood that Somalis were hungry to be inspired, to be shown another side of their country they normally don’t see, to hear and watch the stories of their own people told by one of their own. She never gave up hope.

She launched Integration TV five years ago. Its mission was to challenge and rewrite the oversimplified and problematic media narratives around Somalia and Somalis. It was the first professionally produced media house for Somalis that really understood the power of good storytelling in the digital space.

She was a generous colleague. I was already working in that space, and Hodan had reached out to me in 2016 because I was running Sahan Journal, a website that was highlighting Somali stories across the world.

While I focused on traditional reporting using the written word, Hodan used an innovative video storytelling approach to present a side of Somalia that had been left out for so long in the media narratives about Somalia.

While Hodan drifted toward telling stories of her people in the Horn and East Africa, I kept building my journalism career in Minnesota. I focused on local journalism; Hodan focused on global journalism. Her brand quickly went big, and I admired her from afar.

Whenever she produced a video, she would immediately share the link and ask me to post it on Sahan. “Support me in telling Somali stories that help our people and country,” she once wrote to me.

Her decision to launch her own TV show in 2014 was inspired after she became a mother. She told a Somali radio show that as someone who grew up in Canada, she did not get the chance to learn much about Somalia. She said she realized there maybe more people like her who also didn’t know about their home country. She envisioned something better for her Canadian-born sons.

“I hope when they grow up and they’re going to university, they can say they have a media that talks to them and there are positive stories about who they are and what they’re about,” she told Toronto.com in 2014. “I think it’s all about leaving a legacy for our children and giving back to the next generation.”

Somalis don’t have professional media outlets that produce high-quality journalism in English that’s about and for them. Hodan was single-handedly trying to be to that media house that global Somalis desperately wanted.

Using her smooth Canadian English, Hodan was the glue that connected Somalis in the diaspora with those in the Horn and East Africa in her sometimes funny and not too perfect Somali.

She instantly garnered loyal following on the internet. Her ubiquitous presence on social media platforms and down-to-earth humor made people feel as if Hodan was like their best friend, their sister, their aunt.

“People expecting me to be a hero today for Somalis is a big burden to bare,” she wrote on Twitter on June 29. “I’m just a mom, not a soldier.”

She encouraged her fellow Somalis to recognize the abundance of resources in their country: the beaches, the fish, the rivers, the farms, the livestock, the glorious sun.

“What’s better than waking up to hear the Adhan, drinking camel milk, sitting on the rooftop breathing fresh air, watching the sunrise and seeing the beauty of home,” she wrote on Instagram in December. “There’s no place like home.”

Hodan was a storyteller and a community builder. She was a voice to many. Always happy, smiling, documenting. She was the Somalia that many had longed for: a resilient person full of energy who can do anything. She gave up everything for Somalia, but Somalia took her life in the cruelest way.

Hodan was a force of nature, one of those people who’s incredibly gifted and who knew how to use her talent well. She was a journalist who was always on the move, pursuing and documenting the little moments she witnessed in Somalia that people remember forever: inviting young boys for tea who watched her as she filmed; striking a conversation with a man who drives around town to make announcements; helping bring educational resources to nomadic kids; sharing photos from the beach of kids playing soccer or grown ups sipping tea; documenting the groundbreaking ceremony of the first children’s library in Las Anod, her hometown.

On Friday afternoon, as word of her death spread, global Somalis descended on social media – Hodan’s virtual home, our virtual home – to share their grief, their disbelief, and wondered how such an elegant human being whose larger-than-life presence on social media could die in such a cruel way.

In a video posted on Twitter, Hodan said her dream was not to become famous or get rich. “What will you leave behind when you die?” she asked. “What will people remember about you?”

Her dream was for people to remember that she loved her Somali people, and she wished that they will see each other as brothers and sisters.

“If we don’t help our country, who will help us?” she asked.

About 10 hours before she was killed with 25 others, including her husband, Hodan shared an Instagram story with her followers. The camera was pointed toward the sea in Kismayo, and view showed thick clouds hovering over the sea and seagulls flying. She was reportedly pregnant when she died.

The title of her post read: Take a walk in paradise.

Hodan, may you take a walk in paradise with your husband.

Mukhtar M. Ibrahim is the founder, editor and executive director of Sahan Journal, a nonprofit newsroom whose mission is to provide accurate and authentic news reporting that chronicles the struggles, successes and transformations of Minnesota’s immigrant communities.

People Are Debating Whether Swimming Counts As Bathing And Just…Ew