Shania Twain is talking about the daily trauma of child sexual abuse and the way she tried to protect herself from the alleged hands of her late stepfather, Jerry Twain. It’s something no child should ever have to endure.

In a revealing interview with The Sunday Times, the 57-year-old singer described the steps she took to hide her body from a man who was supposed to be her protector, not her abuser. “I hid myself and I would flatten my boobs,” Twain said. “I would wear bras that were too small for me, and I’d wear two, play it down until there was nothing girl about me. Make it easier to go unnoticed.”

Calling it a “terrible” experience, she added, “You didn’t want to be a girl in my house.” This isn’t the first time the “Still the One” singer has shared her story about being sexually abused, it was a big revelation in her 2011 memoir, From This Moment On. However, that childhood trauma followed her into a successful singing career because she often had to wear revealing clothing onstage — which was crucial to making money after her parents died in a car accident in 1987 and she became her family’s sole breadwinner.

“I had to play the glamorous singer, had to wear my femininity more openly or more freely,” she explained. “And work out how I’m not gonna get groped, or raped by someone’s eyes, you know, and feel so degraded.” It took her until her mid-20s to work out that trauma handed down to her by her stepfather, but she’s come out on the other side of darkness and straight into the light.

If you or someone you know has been the victim of sexual assault, harassment or violence, you can get help. To speak with someone who is trained to help with these situations, call the National Sexual Assault Hotline at 800.656.HOPE (4673) or chat online at online.rainn.org.

Before you go, click here to see celebrities who have opened up about surviving sexual assault. 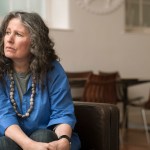 
A History of Abuse Can Lead to More Intense Menopause Symptoms, Study Says