Shane Gillis’s Jokes Went Too Far. Should That End His ‘S.N.L.’ Career?

The new season of “Saturday Night Live” will not begin for two more weeks, but the long-running sketch comedy series is already drawing scrutiny for a new hire who has yet to appear on the show.

On Thursday, “S.N.L.” said that it had hired Shane Gillis, a 31-year-old stand-up comedian, to join the program as a featured performer. Within hours of the announcement, video recordings of Gillis in which he is seen using bigoted language were circulating widely on the internet and drawing criticism from other comedians and comedy fans alike.

In a video of one of his podcasts, Gillis used a slur for Chinese people while talking about Chinatown and adopted a caricature accent while mocking Chinese people who are learning to speak English. In another podcast recording, Gillis used homophobic slurs to describe Judd Apatow, the comedy filmmaker and producer, and the comedian Chris Gethard.

Gillis has said he had no intention of hurting anyone with his work, but criticism of him quickly overshadowed the praise that “S.N.L.” was receiving for elevating one of its writers, Bowen Yang, who is Chinese-American, to a featured performer’s position. Some performance spaces have said they will no longer work with Gillis, citing other material and language of his that they consider unacceptable. 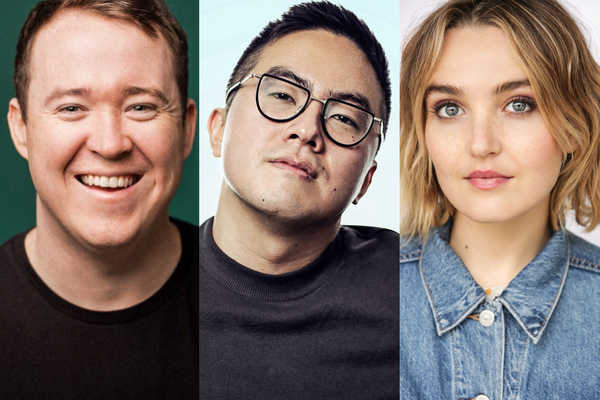 The controversy around Gillis has raised questions about the vetting process that “S.N.L.” uses when it hires new talent and whether Gillis can remain a viable performer there.

The debate has also renewed longstanding questions about comedy, a genre where artists and audiences agree that performers must be allowed some latitude to transgress boundaries of convention and propriety. What happens when a comedian goes too far? Who gets to decide that, and what if any punishment should that comedian face?

And in the case of Gillis, is it even clear that he was using these slurs in his capacity as a comedian? Or was he using comedy to shield himself from repercussions for flagrantly offensive speech?

As of Friday evening, “Saturday Night Live” had given no indication of what next steps it might take; press representatives for the show and for NBC, which broadcasts it, did not immediately offer comments. Gillis’s representatives did not respond to requests for comment.

Gethard, one of the comedians singled out by Gillis, said in an interview that Gillis called him Friday morning to apologize.

“He definitely let me know that he felt he had crossed some lines,” Gethard said. “He’s certainly got a lot of fish to fry today, so the fact that he took some time to do that today, I give him credit.”

Even so, Gethard said, there were lessons that Gillis and other, less experienced comedians could learn from this incident.

“You don’t necessarily need to record and release all your thoughts as you’re figuring out your voice,” he said. “Allow your unfiltered thoughts to stay at open mics for a while. Maybe you don’t need to put everything out into the world.”

Gillis, for his part, tried to offer some context for his past remarks. On Thursday night at The Stand, a comedy club in Manhattan where he often appears, Gillis was invited onstage by another comedian to address the controversy, according to Cris Italia, an owner of The Stand. Gillis told the crowd he had been playing a character during the podcast, and that he did not himself think of Chinese people that way, Italia said.

In a Twitter post published late Thursday night, he described himself as “a comedian who pushes boundaries,” adding, “I sometimes miss.”

“If you go through my 10 years of comedy, most of it bad, you’re going to find a lot of bad misses,” Gillis wrote in the post. “I’m happy to apologize to anyone who’s actually offended by anything I’ve said.”

But there is widespread feeling that Gillis’s remarks were not simply jokes that missed, but were distasteful. Ming Zou, a 24-year-old lawyer from Shanghai who was visiting the pavilion outside Rockefeller Center on Friday, questioned why Gillis felt the need to use the slur for Chinese people.

“Everybody knows what makes something offensive,” Zou said. “But we’re seeing people cross that line again and again.”

She added, “It’s one thing to remark about cultural differences. But if you do something like use the C-word, you have to ask, what’s your purpose? If your purpose is just to put someone down, then that’s not real comedy.”

On Twitter, the comedian Hannah Gadsby appeared to criticize comedians like Gillis and those who would defend him.

While he is not well known to national audiences, Gillis’s career had been on the rise, with frequent appearances at major comedy clubs in New York, Los Angeles and elsewhere.

“He’s been nothing but a model citizen here,” said Mr. Italia, the Stand owner. “It’s ridiculous to take one quote out of context from a podcast he did over a year ago and ruin his opportunity to be a cast member.”

But Greg Maughan, the founder and executive director of the Philly Improv Theater in Philadelphia, had a different experience with Gillis, saying that his performance space had stopped working with Gillis in 2017.

Maughan said that decision had followed “an internal discussion among the staff because he seemed to insist on working material that was racist, misogynistic, xenophobic and homophobic.”

A post on the Twitter account of the Good Good Comedy Theater, also in Philadelphia, said that it had “deliberately chosen not to work” with Gillis because of his “overt racism, sexism, homophobia and transphobia — expressed both on and offstage.”

Other, more prominent comedians have faced online protests — and, in some cases, paid real-world consequences — for making offensive jokes on the internet. In December, Kevin Hart stepped down as host of the 2019 Academy Awards following a backlash to jokes and tweets that were considered homophobic.

Trevor Noah was criticized for past tweets that were considered offensive to women and to Jews after it was announced in 2015 that he would become the host of “The Daily Show” on Comedy Central. Executives at Viacom, the network’s parent company, later said they had not vetted Noah’s Twitter account before he was hired.

Social media continues to be a caldron of trouble for “Saturday Night Live.” Michael Che, a co-anchor of the show’s “Weekend Update” segment, has used his Instagram account to post offensive remarks about culture writers who have criticized him and his “S.N.L.” colleagues. In 2017, the show suspended a writer, Katie Rich, who had posted an offensive remark about President Trump’s son Barron during the president’s inauguration ceremony.

But there is hardly a consensus about what remedy would be appropriate for Gillis. In a post on The Interrobang, the comedy news website, Debra Kessler wrote that Gillis should be judged for what he does going forward on “S.N.L.” and not for what he did in past instances.

Kessler wrote that comedy was making strides toward tolerance and eliminating offensive language. But, she added, “putting someone in a stockade because their progress hasn’t happened as quickly as yours is not great. And hunting it down like it’s the plague, particularly while our lawmakers and leaders are permitted to escape consequences for far worse, is just plain embarrassing.”

Gethard, the comedian Gillis apologized to on Friday, said that comedians were still free to say what they want.

But, he added, it was “a double standard that they’re then so surprised when people react.”

“You have to own the reaction,” Gethard said. “You are allowed to say whatever you want, and a lot of my heroes certainly did. But they also stood tall and took the onslaught of the reactions.”

Dave Itzkoff is a culture reporter whose latest book, “Robin,” a biography of Robin Williams, was published in May. @ditzkoff