Home » Entertainment » 'Scream' 25th anniversary: Where are they now? 'Scream' 25th anniversary: Where are they now?

“Do you like scary movies?” That question from a stranger in the iconic opening scene, during a prank phone call that turns deadly, sets the stage for the genre-busting “Scream” franchise. The first film follows a group of teens in the fictional California town of Woodsboro as they contend with Ghostface, a twisted killer with a deep knowledge of horror movie trivia and a terrifying “screaming skeleton” mask. Directed by Wes Craven of “A Nightmare on Elm Street” fame, “Scream” mixed black comedy, satire, whodunut-style mystery and classic bloody gore in a totally unique way. The movie, which was credited with revitalizing the slasher genre, spawned three successful sequels — and a fifth installment starring some of the original cast is due in January 2022! In honor of the cult classic’s big 25th anniversary on Dec. 18, 2021, Wonderwall.com is taking a look back at the cast and how they’ve changed over the years.

Keep reading to catch up with Neve Campbell, Courteney Cox, David Arquette and the rest of the gang…

RELATED: The best horror movie franchises of all time

Drew Barrymore made quite a first impression as Casey Becker, who gets a strange phone call that quickly goes from playful prank to deadly game. She’s quizzed on her scary movie knowledge to save her boyfriend’s life and her own. It doesn’t go so well.

RELATED: Stars who got their start in horror movies

Drew Barrymore was 21 when “Scream” came out, but the former child star was already a Hollywood name with blockbusters like “E.T.” and “Batman Forever” under her belt. Drew went on to star in a string of popular movies including “The Wedding Singer,” “Never Been Kissed,” “50 First Dates,” “Charlie’s Angels” and “Donnie Darko” and in 2009, she nabbed a Golden Globe for her performance in HBO’s “Grey Gardens.” At the same time, Drew was quietly building an empire, founding a production company, Flower Films; a cruelty-free cosmetics line, Flower Beauty; and a clothing and accessories line, DearDrew. She also wrote a 2015 book of essays called “Wildflower” and in 2020 launched “The Drew Barrymore Show,” which she hosts. Post-“Scream,” she made headlines for a brief marriage to comedian Tom Green and a long romance with The Strokes drummer Fabrizio Moretti. In 2012, she married art consultant Will Kopelman. They divorced in 2016 and now co-parent their two daughters, Olive and Frankie.

RELATED: The “Ghostbusters” cast: Where are they now?

“Scream” centers around Neve Campbell’s protagonist Sidney Prescott (seen here with Rose McGowan as close friend Tatum Riley), who is terrorized by the Ghostface killer as the first anniversary of her mom’s death approaches.

Spoiler alert! “Scream” heroine Neve Campbell came back for the movie’s three sequels — and she’ll also be back for the fifth movie, which is also titled “Scream,” in 2022. When she wasn’t dodging a psychotic killer in the horror franchise, the “Party of Five” alum popped up in movies like “Wild Things,” “Three to Tango” and “When Will I Be Loved.” Neve also scored roles on popular TV shows including “House Of Cards,” “Medium,” “Grey’s Anatomy,” “The Simpsons” and “Mad Men.” The Canadian actress divorced first husband Jeff Colt in 1998 and in 2007 married English actor John Light, but they split in 2010. Neve went on to have two sons, Caspian and Raynor, with actor JJ Feild, her partner since 2011.

Post-“Scream,” Skeet Ulrich starred in films including “As Good As It Gets” and “Ride With the Devil.” But in recent years, he’s focused on TV with recurring roles on “Jericho,” “Robot Chicken,” “Law and Order: LA” and “Riverdale” (he played Jughead’s dad, FP Jones, from 2017 to 2021). The Virginia native shares twins Naiia and Jakob with Georgina Cates, an English actress he divorced in 2005. He was also married to Amelia Jackson-Gray from 2012 to 2015. The next year, he got engaged to Brazilian model Rose Costa, but the couple split in 2017. In 2021, he briefly dated actress Lucy Hale.

After getting his big break in “Scream,” Matthew Lillard starred in “She’s All That,” “Summer Catch” and “Without a Paddle.” He’s best known for playing Shaggy in the 2002 “Scooby-Doo” movie and its 2004 sequel, “Scooby-Doo 2: Monsters Unleashed” — and he became the voice of Shaggy in three animated series after the late Casey Kasem retired from the role in 2009. Matthew made a cameo in 2011’s “Scream 4” and starred as the principal in Netflix’s 2021 “She’s All That” remake, “He’s All That.” The Michigan native has been married to Heather Helm since 2000; they share daughters Addison and Macey and son Liam.

Courteney Cox portrayed Gale Weathers, a hard-charging reporter covering the Woodsboro murder spree. One of her sources? Sheriff Dewey Riley (pictured), played by none other than the man who would become her husband, David Arquette.

Courteney Cox appeared in all of the “Scream” sequels but is best known for a TV role she started in 1994 — a little project called “Friends.” She spent 10 seasons playing Monica Geller on the iconic NBC sitcom, famously earning $1 million per episode along with her fellow castmates by the time the show ended. After “Friends” wrapped in 2004, Courteney extended her winning TV streak with roles in “Dirt” and “Cougar Town” and guest-star stints on “Scrubs,” “Shameless” and “Modern Family” — and in May 2021, she took part in “Friends: The Reunion” on HBO Max. Courteney married “Scream” co-star David Arquette in 1999; they had a daughter, Coco, in 2004, and divorced in 2013. She’s been in a serious relationship with Snow Patrol guitarist Johnny McDaid since 2013.

Jamie Kennedy (pictured between Skeet Ulrich, left, and Matthew Lillard, right) played Randy Meeks, a horror movie aficionado who helps deconstruct the genre the film satirizes. “There are certain rules that one must abide by,” he says at one point, “in order to successfully survive a horror movie.”

Jamie Kennedy’s post-“Scream” career has included dozens of movies such as “Three Kings,” “Enemy of the State,” “Bowfinger,” “Jay and Silent Bob Strike Back” and “Son of the Mask.” On the small screen, Jamie hosted his own hidden-camera series, “The Jamie Kennedy Experiment,” for two years starting in 2002. He also had a two-year run as Eli James on the hit CBS show “Ghost Whisperer” and dated its star, Jennifer Love Hewitt, from 2009 to 2010. These days, the Pennsylvania-born comedian performs frequent live stand-up gigs.

Rose McGowan (pictured with Neve Campbell’s Sidney) played Sidney’s best friend, Tatum Riley, who was connected to other key characters as the girlfriend of Matthew Lillard’s Stu and the sister of David Arquette’s Dewey. Tatum had a notably gruesome run-in with Ghostface. (Two words: garage door.)

Rose McGowan went on to appear in movies like “Jawbreaker,” “Machete” and “Grindhouse” and from 2001 to 2006, she starred as Paige Matthews on the WB series “Charmed.” She also made headlines thanks to her romantic relationships with Marilyn Manson in the late ’90s and filmmaker Robert Rodriguez in the late ’00s. She was married to artist Davey Detail from 2013 to 2016. In 2018, Rose authored the memoir “Brave” after going public with sexual assault allegations against mega-producer Harvey Weinstein. She’s remained an outspoken activist for the rights of victims of sexual assault.

Liev Schreiber played Cotton Weary, the prime suspect in the murder of Sidney’s mother — with whom he was having an affair.

“Scream” was Liev Schreiber’s major film debut. His went on to appear in a long and diverse list of movies including “The Painted Veil,” “Hamlet,” “The Manchurian Candidate,” “Defiance,” “Creed,” “The Butler” and “X:Men Origins: Wolverine.” In 2013, he transitioned to the small screen, playing the title role on the Showtime drama “Ray Donovan” until 2020. Liev has children with former partner Naomi Watts: Sasha, born in 2007, and Kai, born in 2008. In 2016, the talented couple split after 11 years together. He went on to date Miss South Dakota 2012 Taylor Neisen.

As Deputy Sheriff Dewey Riley, David Arquette teamed up with Gale Weathers (played by his future wife Courteney Cox) to solve the mystery of the Woodsboro murders.

David Arquette reunited with “Scream” co-star Drew Barrymore in 1999’s “Never Been Kissed” and nabbed frequent roles in movies including “3000 Miles to Graceland,” “See Spot Run” and “Eight Legged Freaks.” In 2020, he turned the camera on himself with the documentary “You Cannot Kill David Arquette.” “Scream” led to the ultimate sequel for David: his 1999 marriage to co-star Courteney Cox. The pair had daughter Coco in 2004 and divorced in 2013. Two years later, he married Christina McLarty, with whom he shares two sons: Charlie, born in 2014, and Augustus, born in 2017.

Henry Winkler had a memorable cameo in “Scream” as Arthur Himbry, the principal of Woodsboro High School, which is attended by Sidney Prescott (pictured) and her friends.

Henry Winkler was already a household name thanks to his most iconic role — as Arthur “Fonzie” Fonzarelli — on the popular ’70s sitcom “Happy Days.” But after his fun (and bloody) turn as the principal in “Scream,” Henry was in demand for films including “Click,” “Holes,” “Here Comes the Boom,” “The Waterboy” and “P.U.N.K.S.” He also returned to TV with appearances on “Barry” — for which he won his first Emmy Award — “Arrested Development” and “Parks and Recreation.” He has two children with wife Stacey, whom he wed in 1978, along with a son from Stacey’s previous marriage.

W. Earl Brown has worked steadily since “Scream.” He landed the memorable role of Warren, the brother of Cameron Diaz’s titular character in 1998’s “There’s Something About Mary,” and also had parts in movies including “Backdraft,” “Being John Malkovich,” “Vanilla Sky” and “The Lone Ranger.” He also found success on TV, appearing in hugely popular series like “Angel,” “Seinfeld,” “Six Feet Under,” “The X-Files,” “NYPD Blue,” “American Horror Story” and “True Detective,” and playing Dan Dority on HBO’s “Deadwood” for its run from 2004 to 2006. More recently, he voiced Weequay Proprietor on the second season of “The Mandalorian.” The Kentucky native married Carrie Paschall in 1989; they have a daughter, Anna. 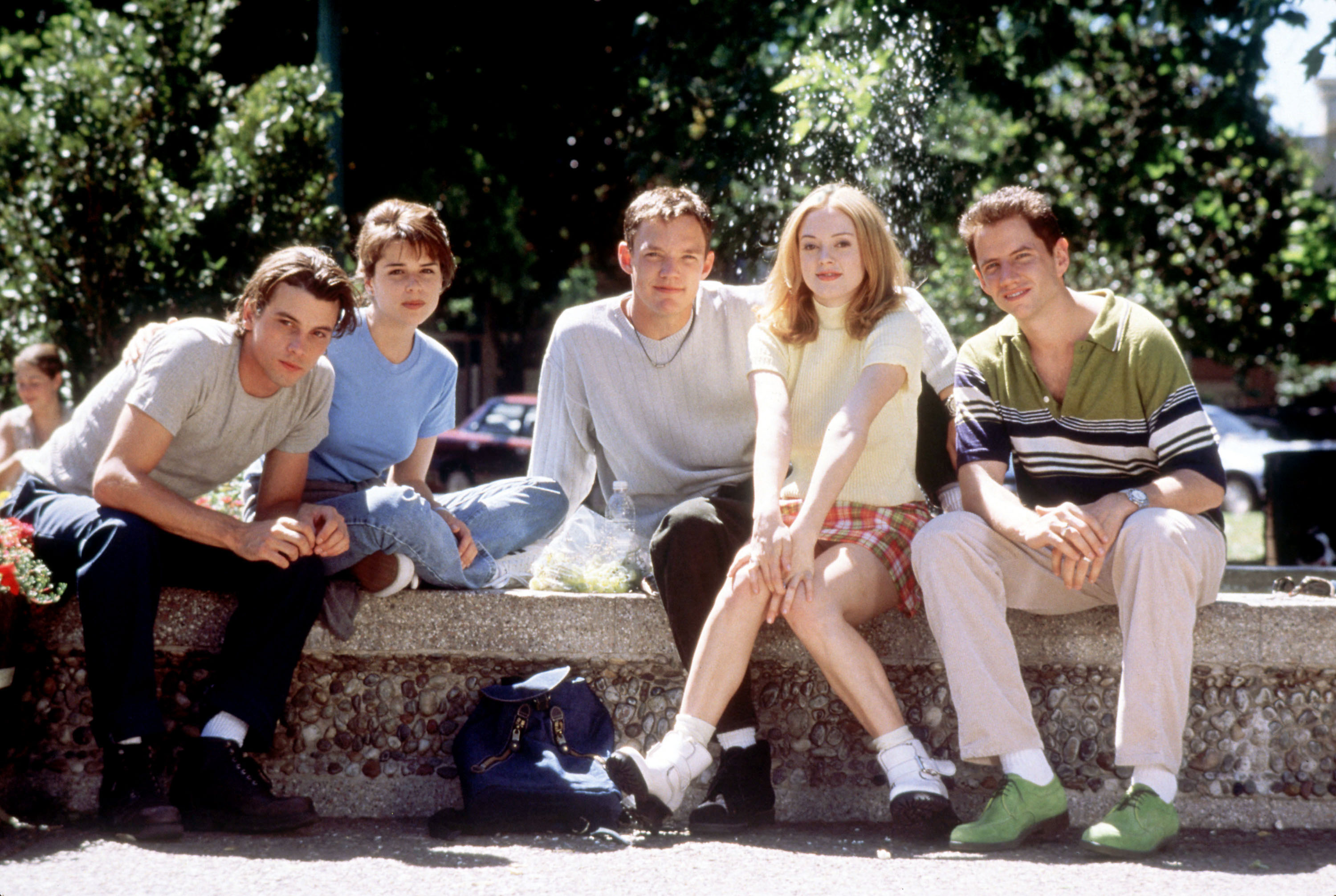 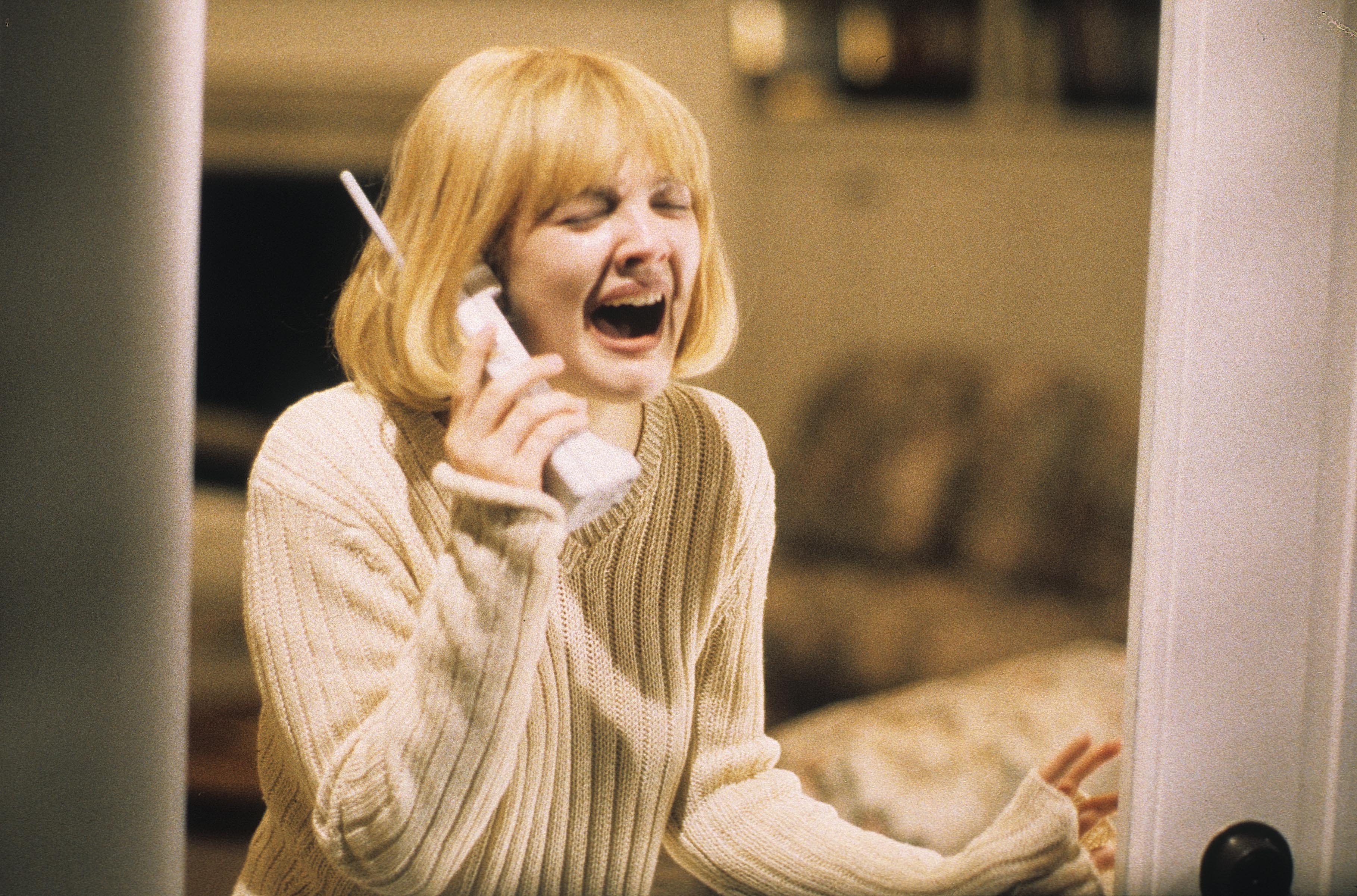 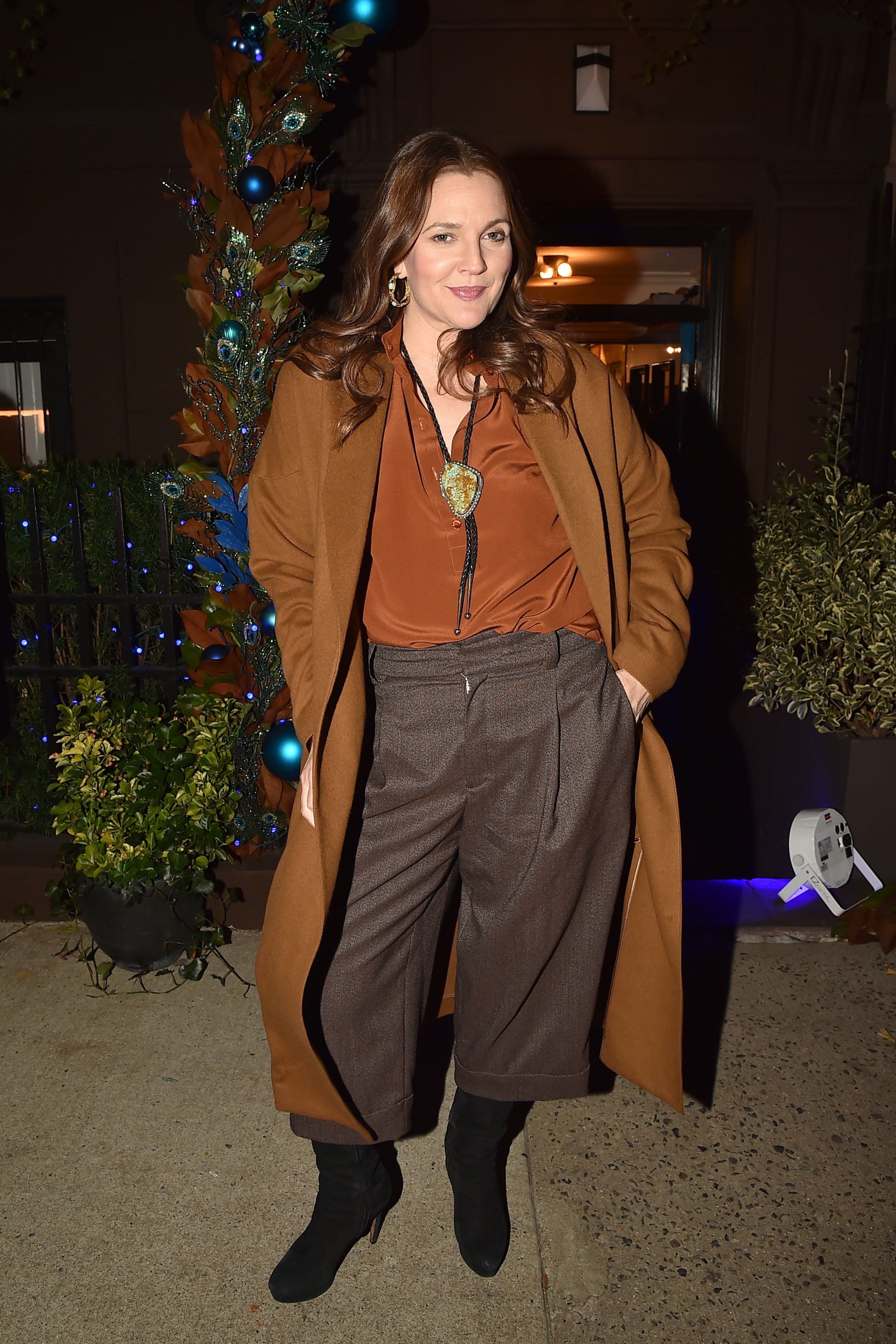 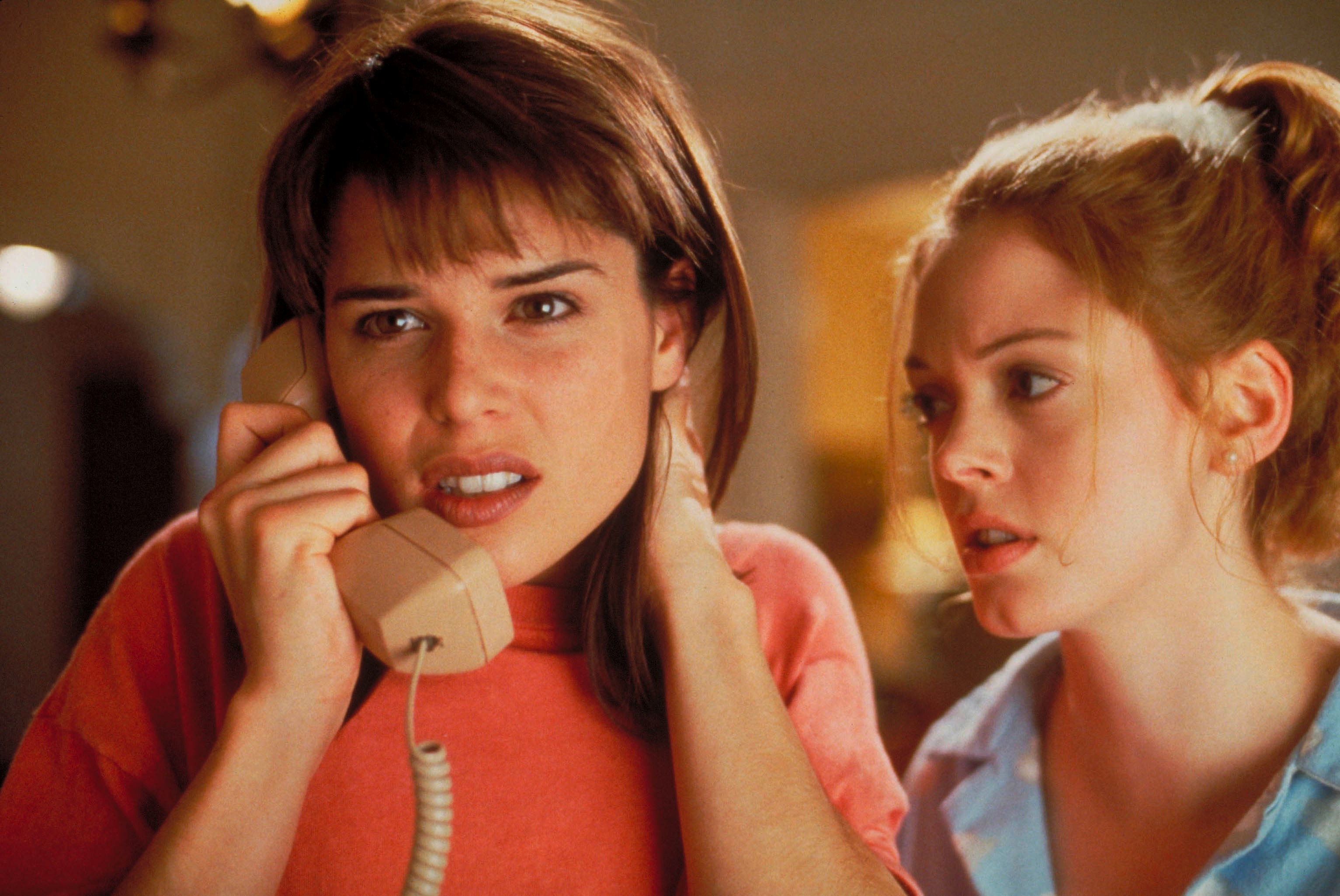 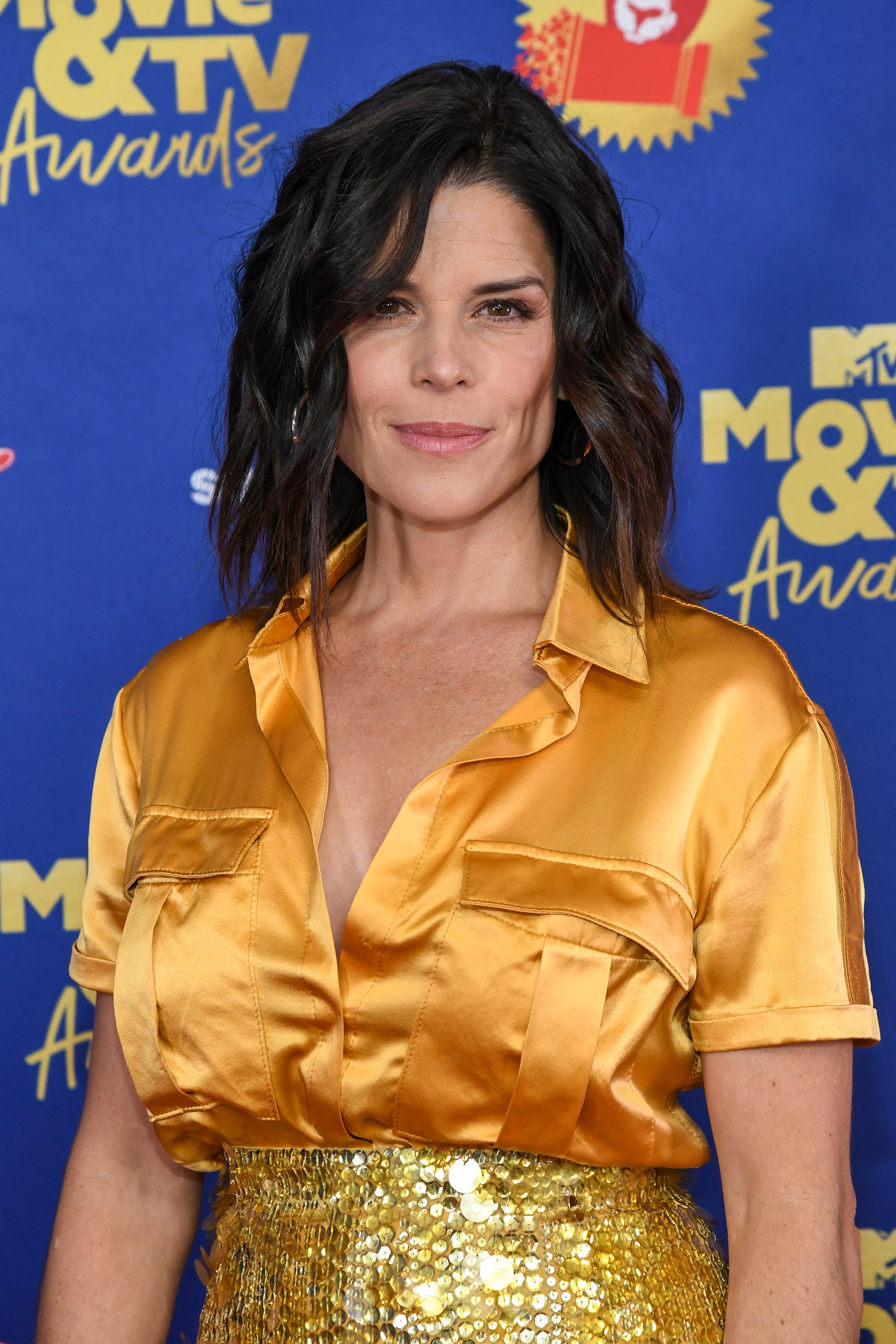 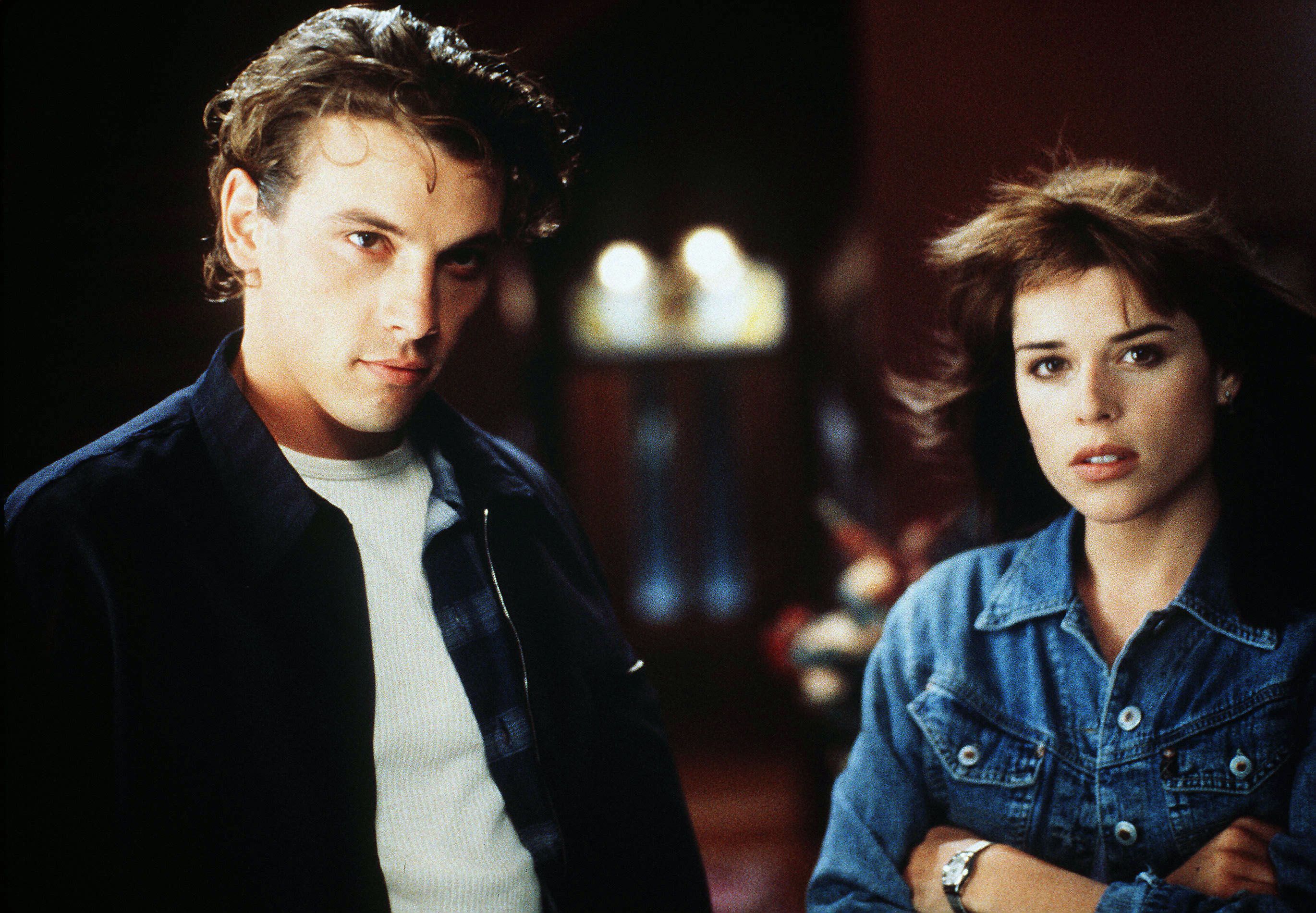 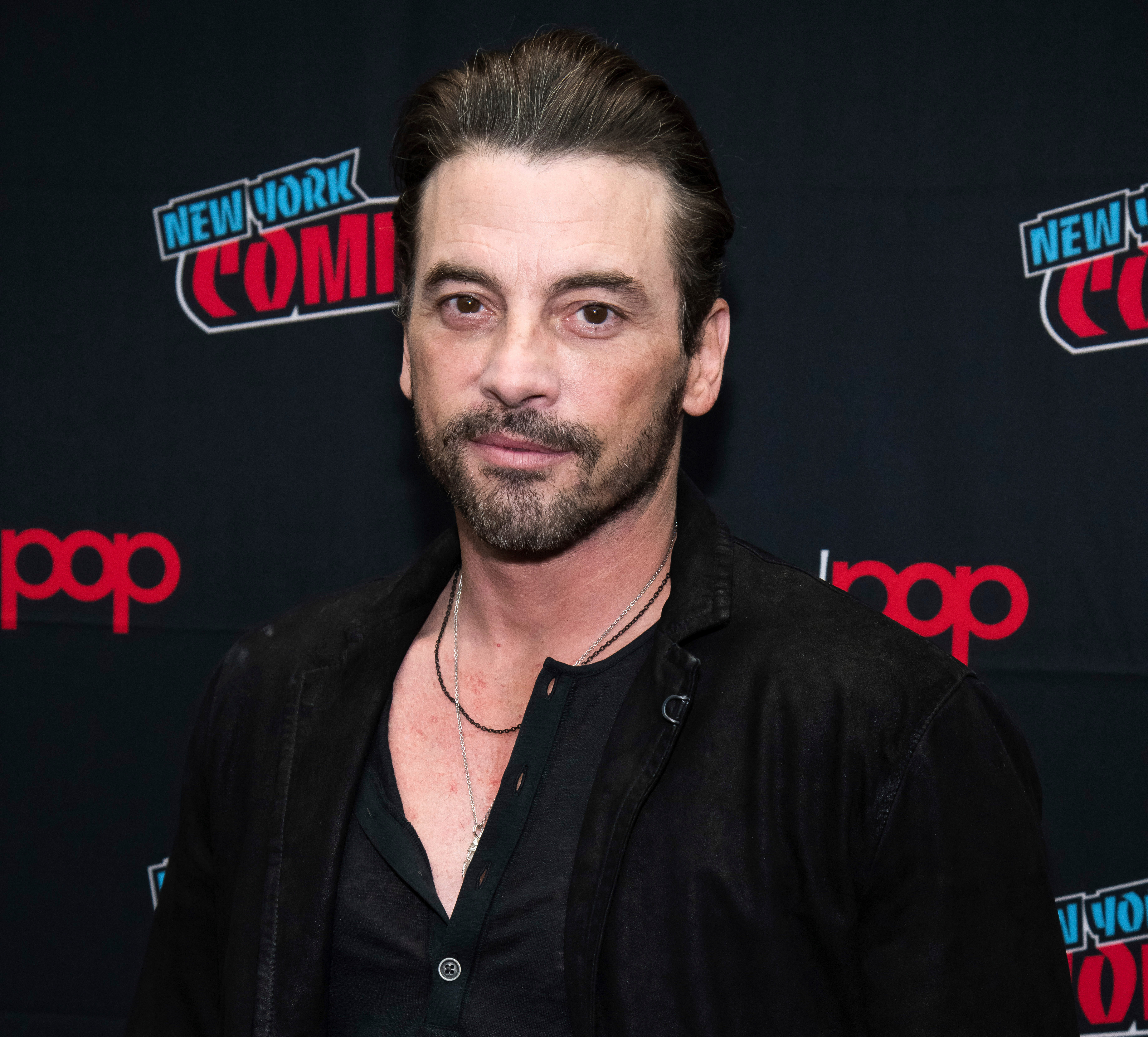 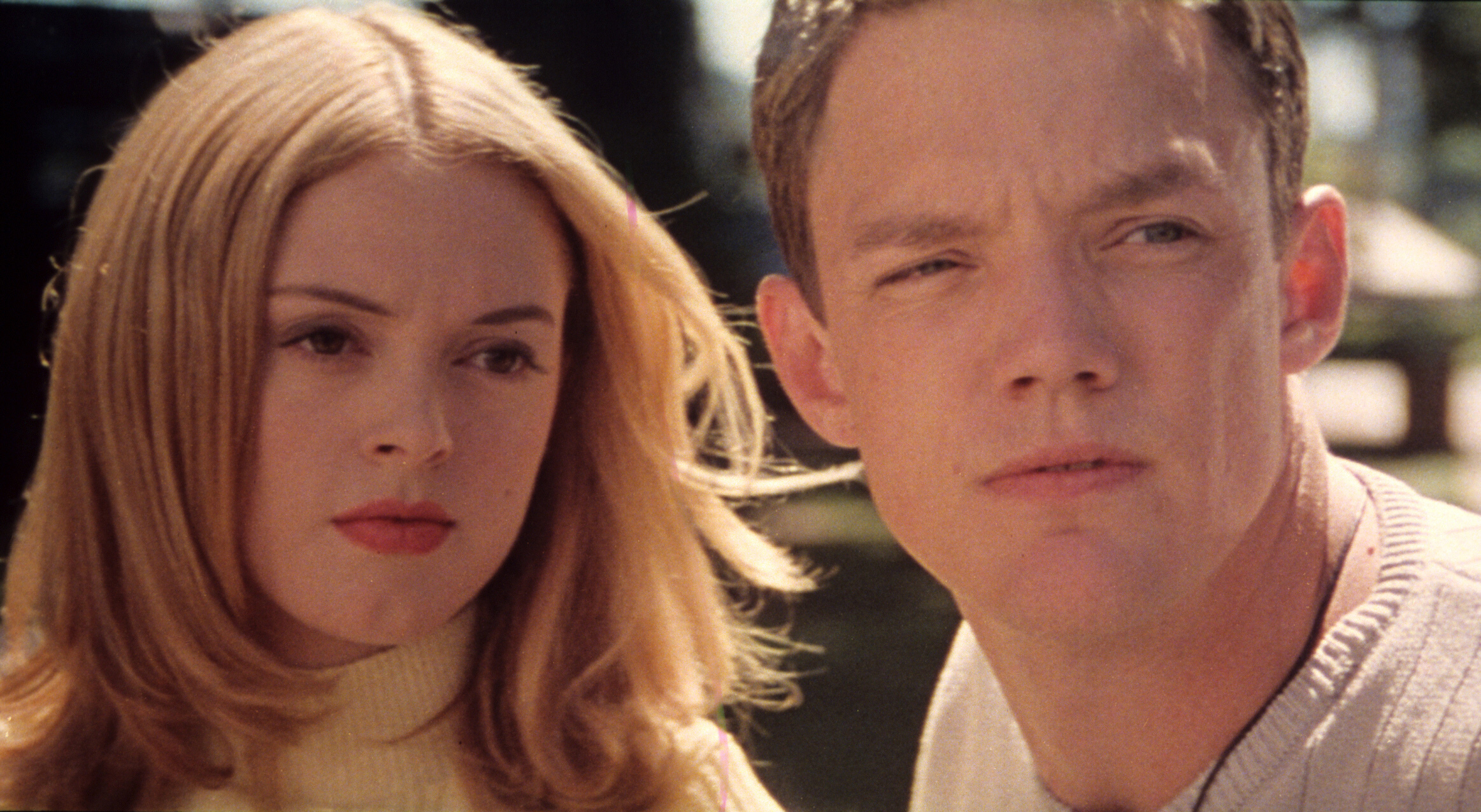 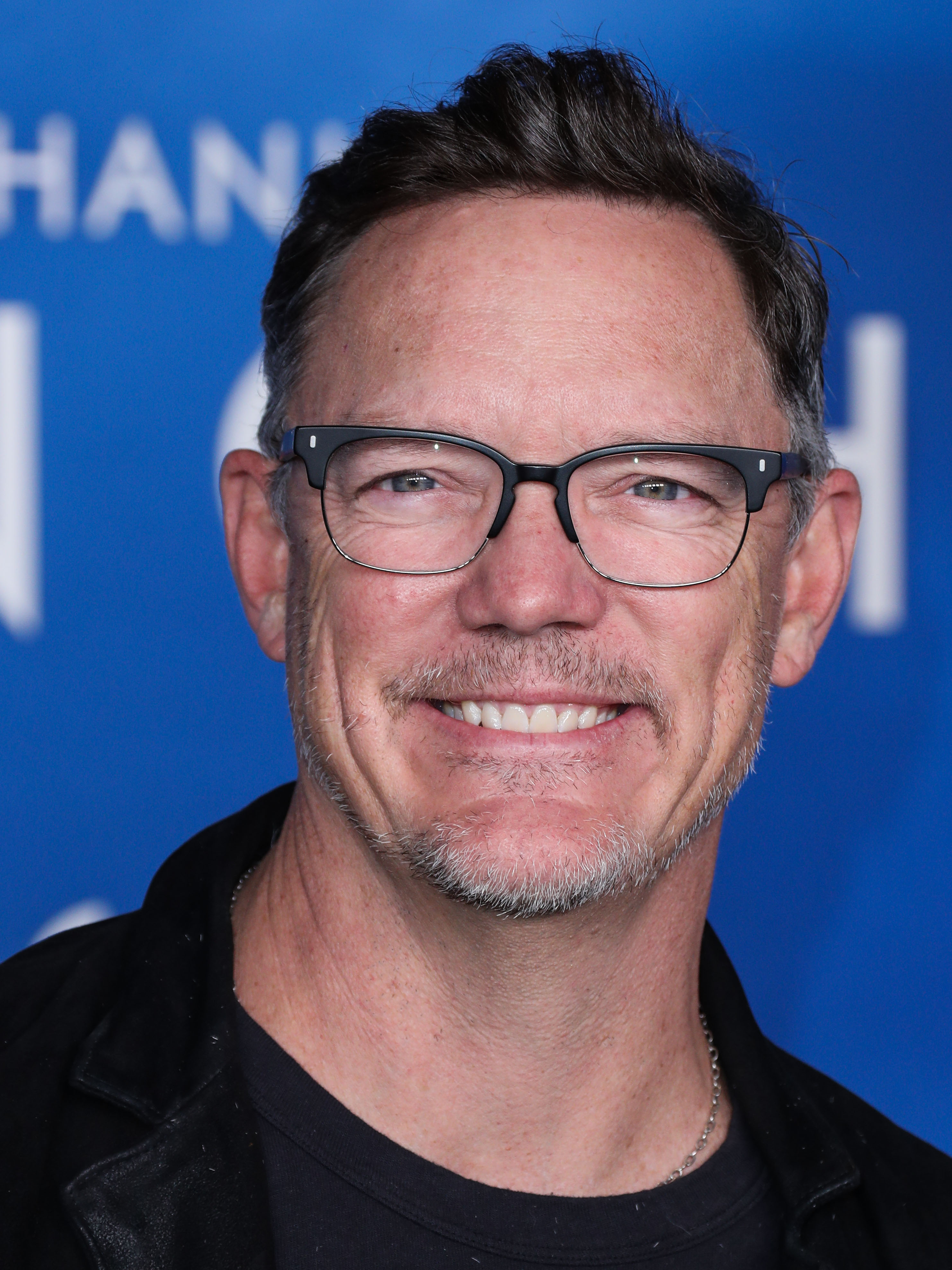 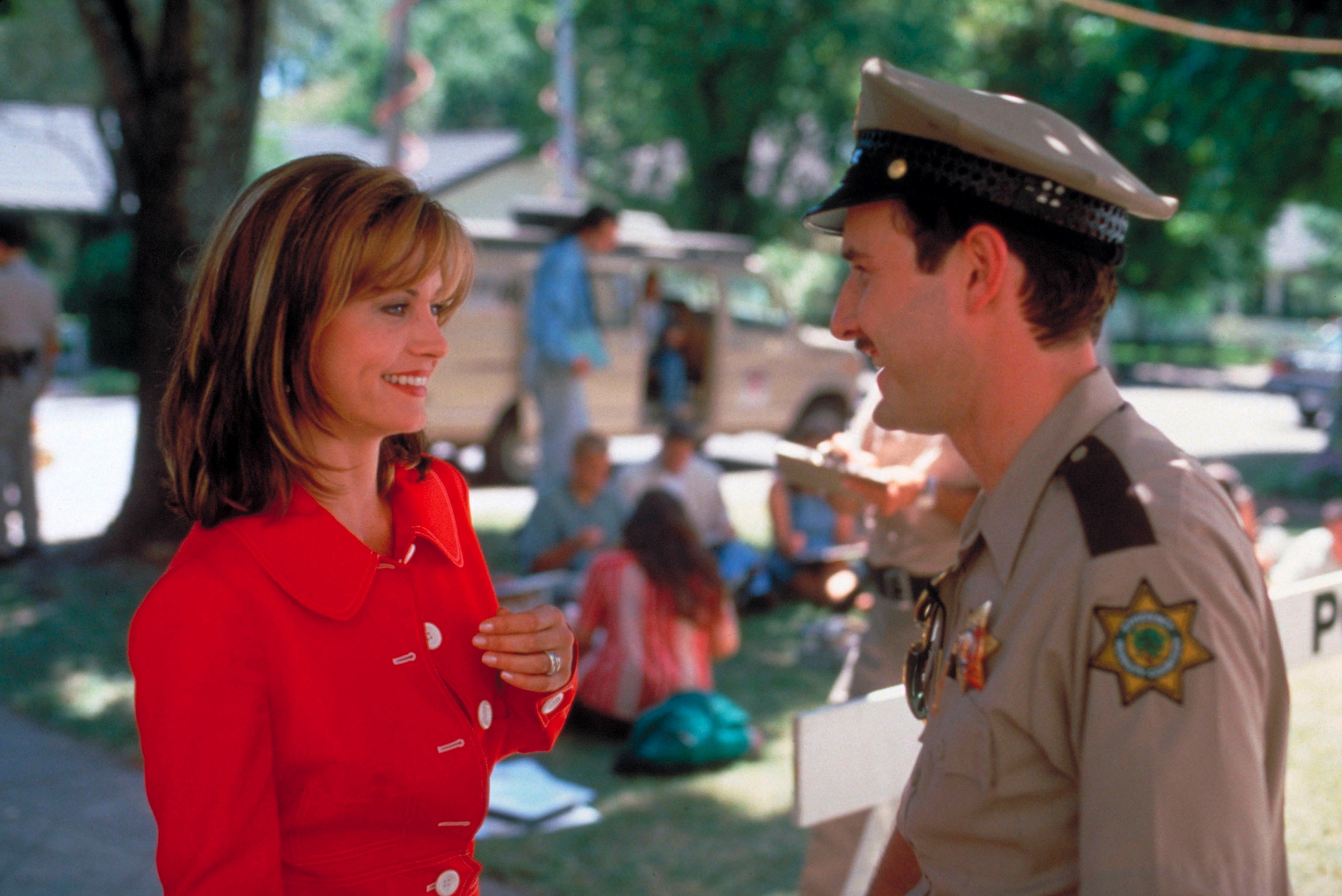 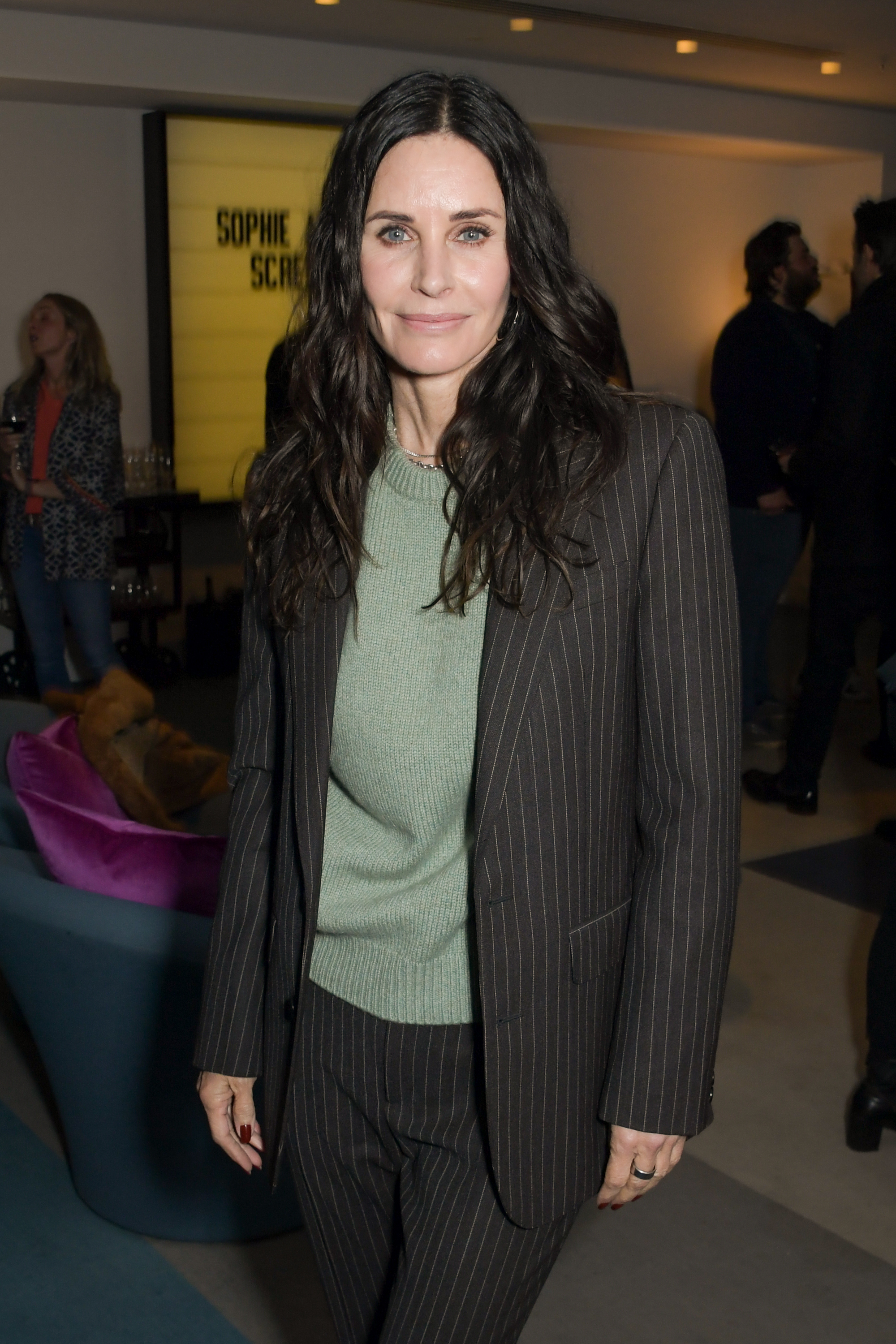 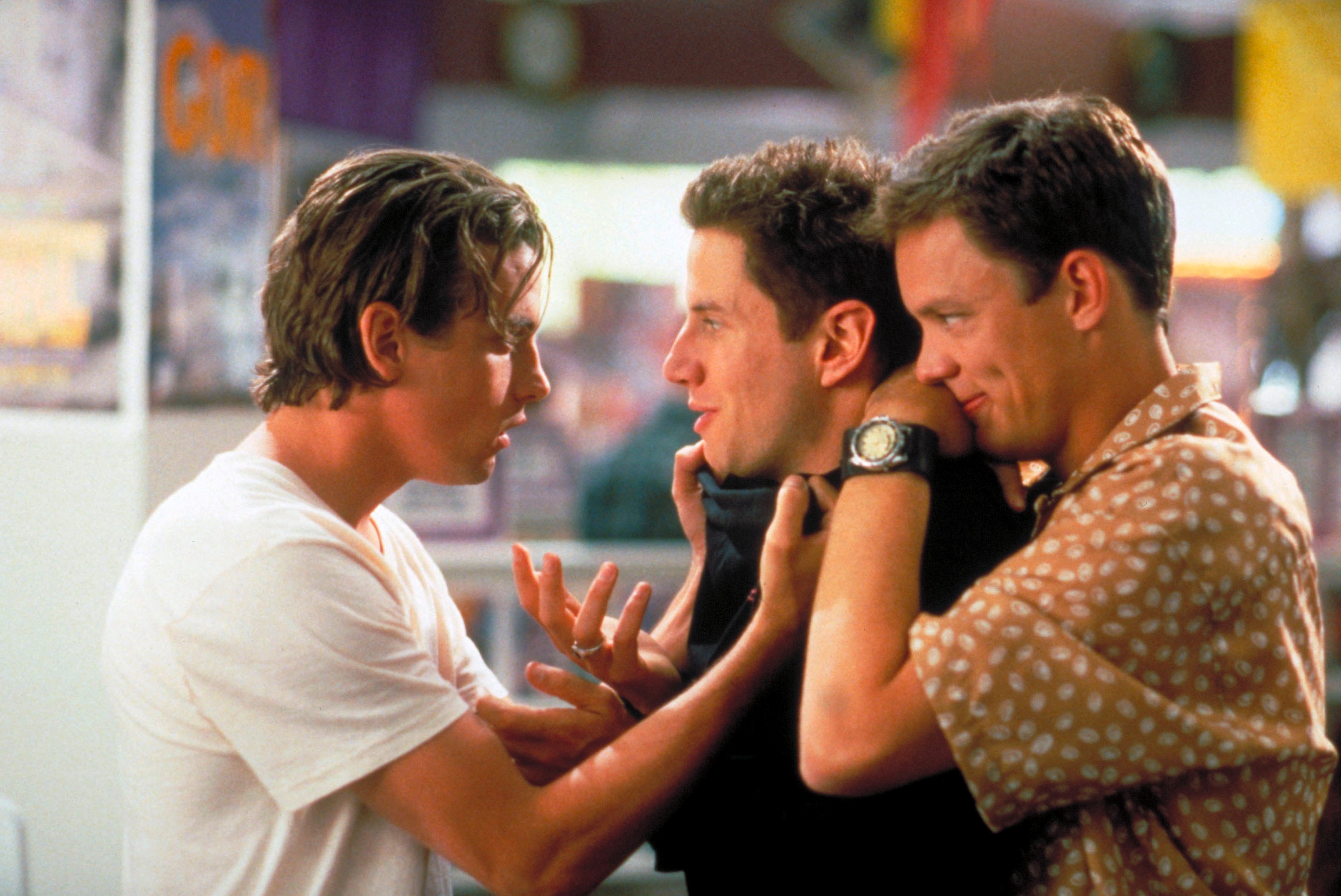 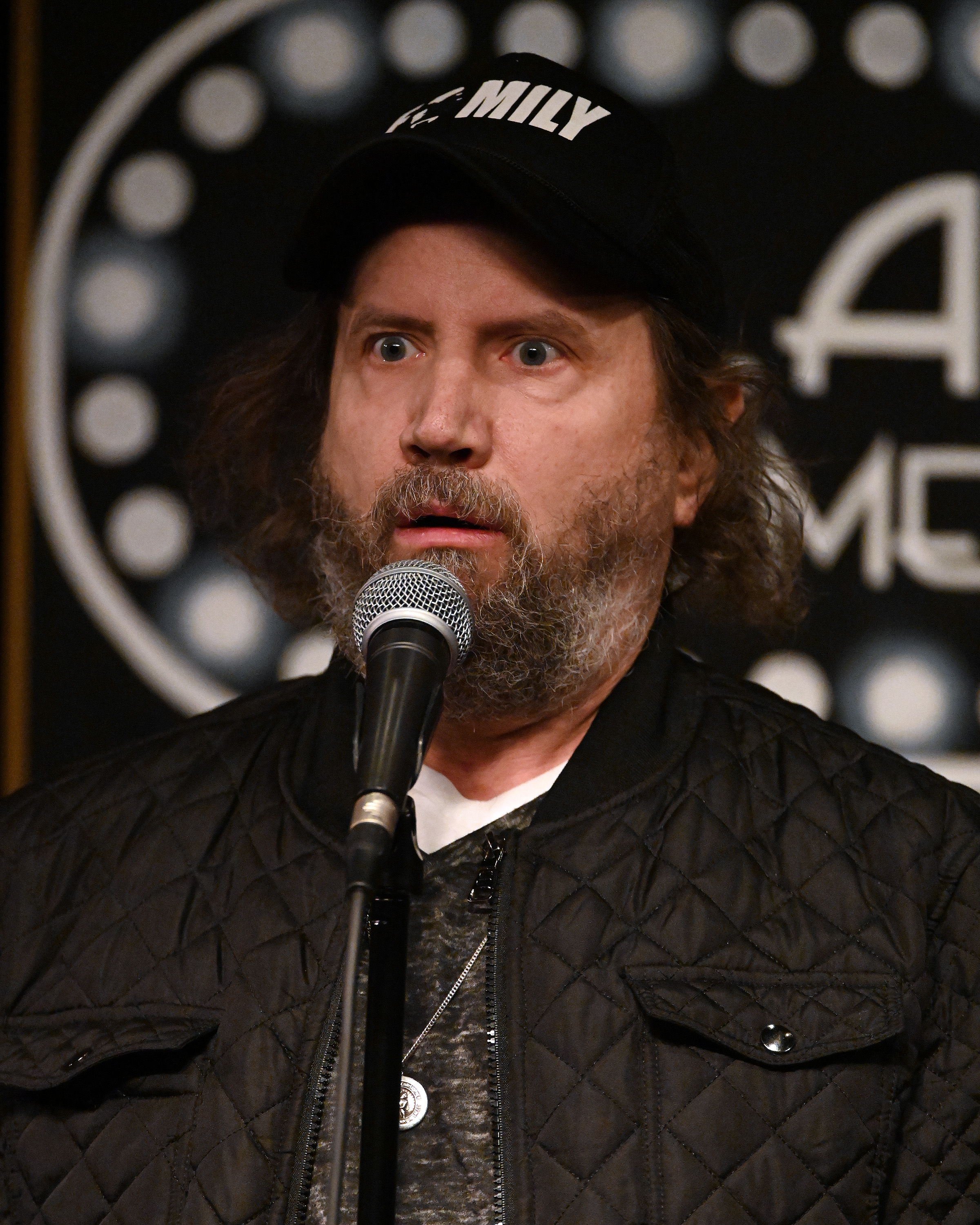 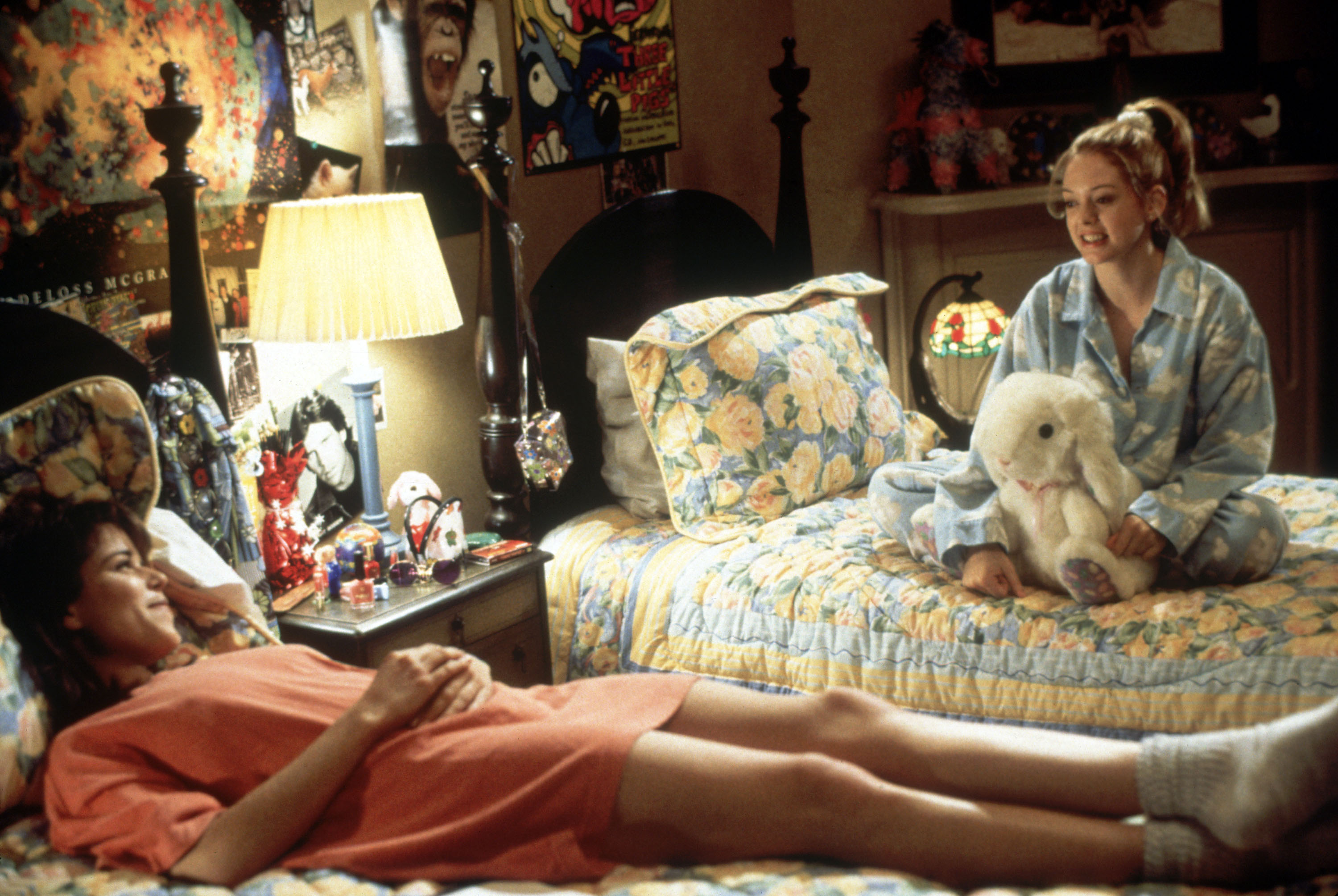 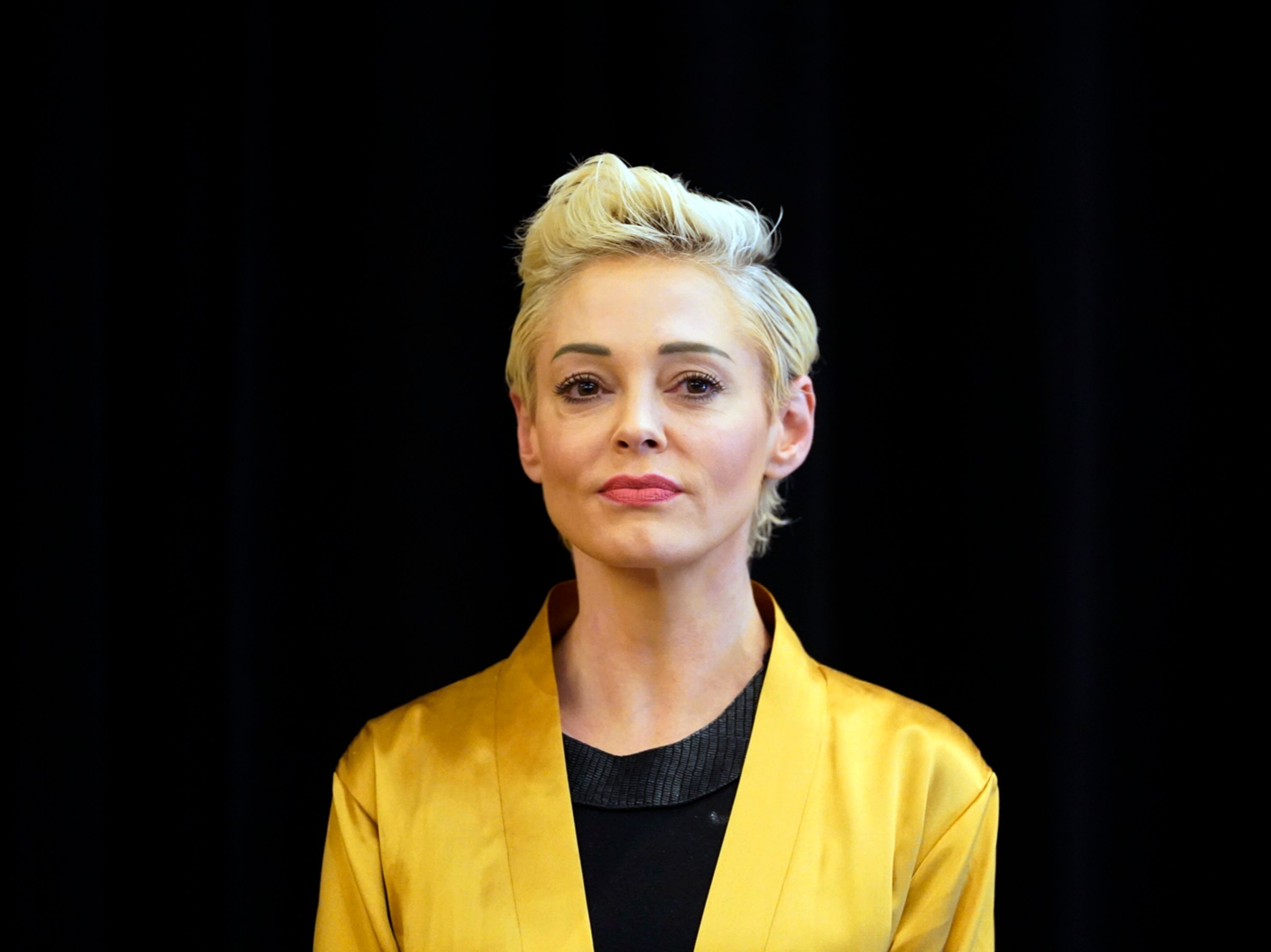 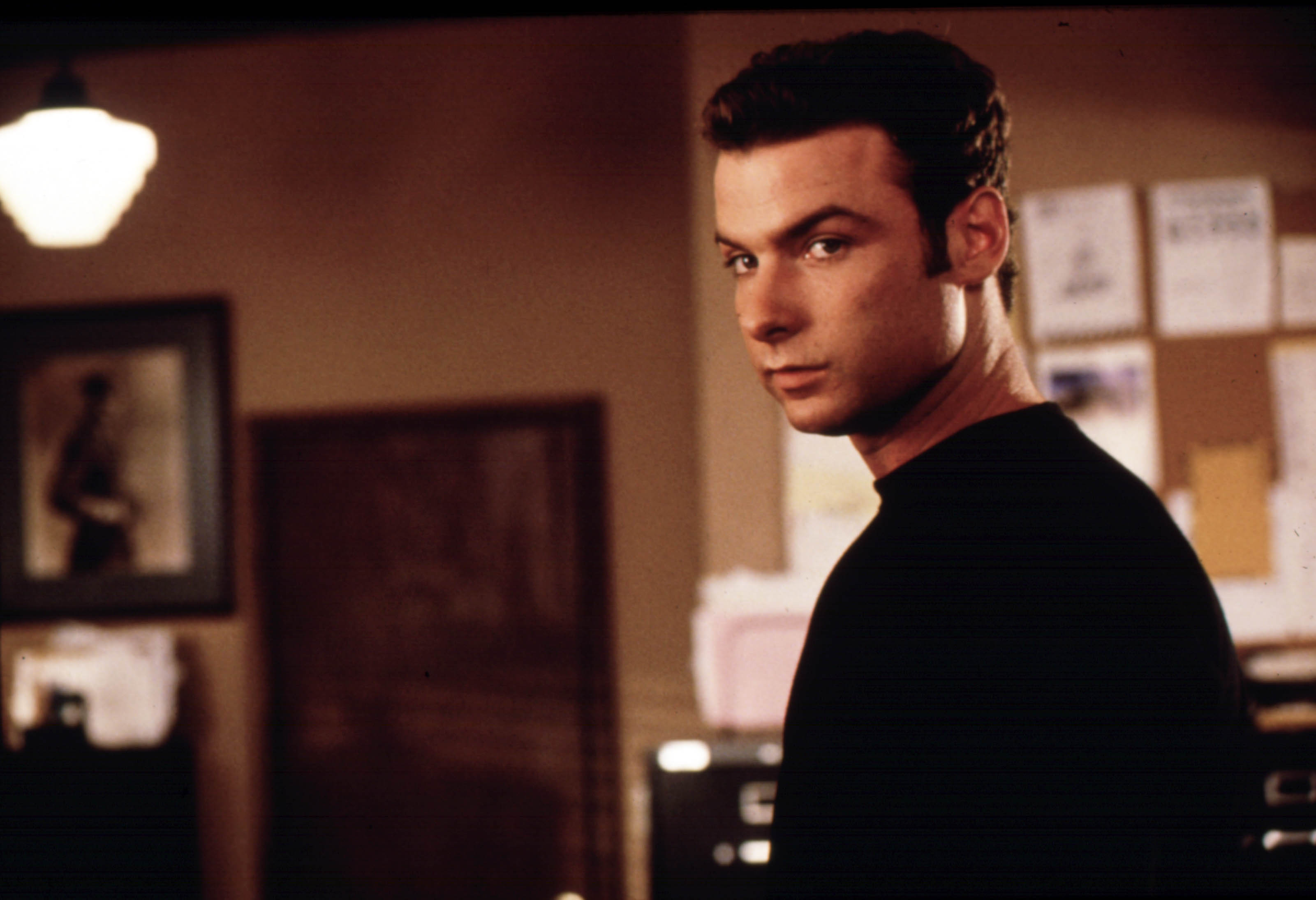 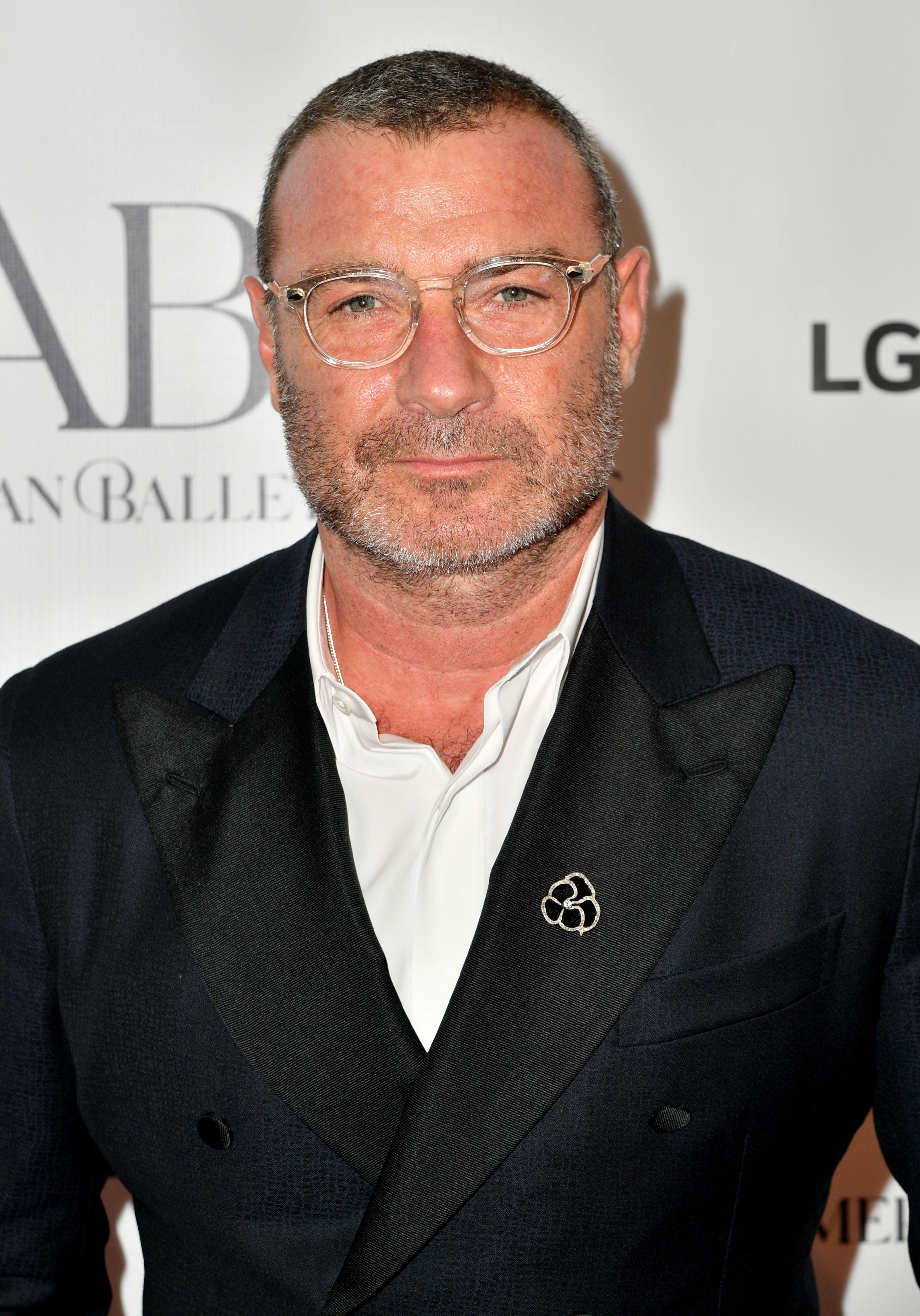 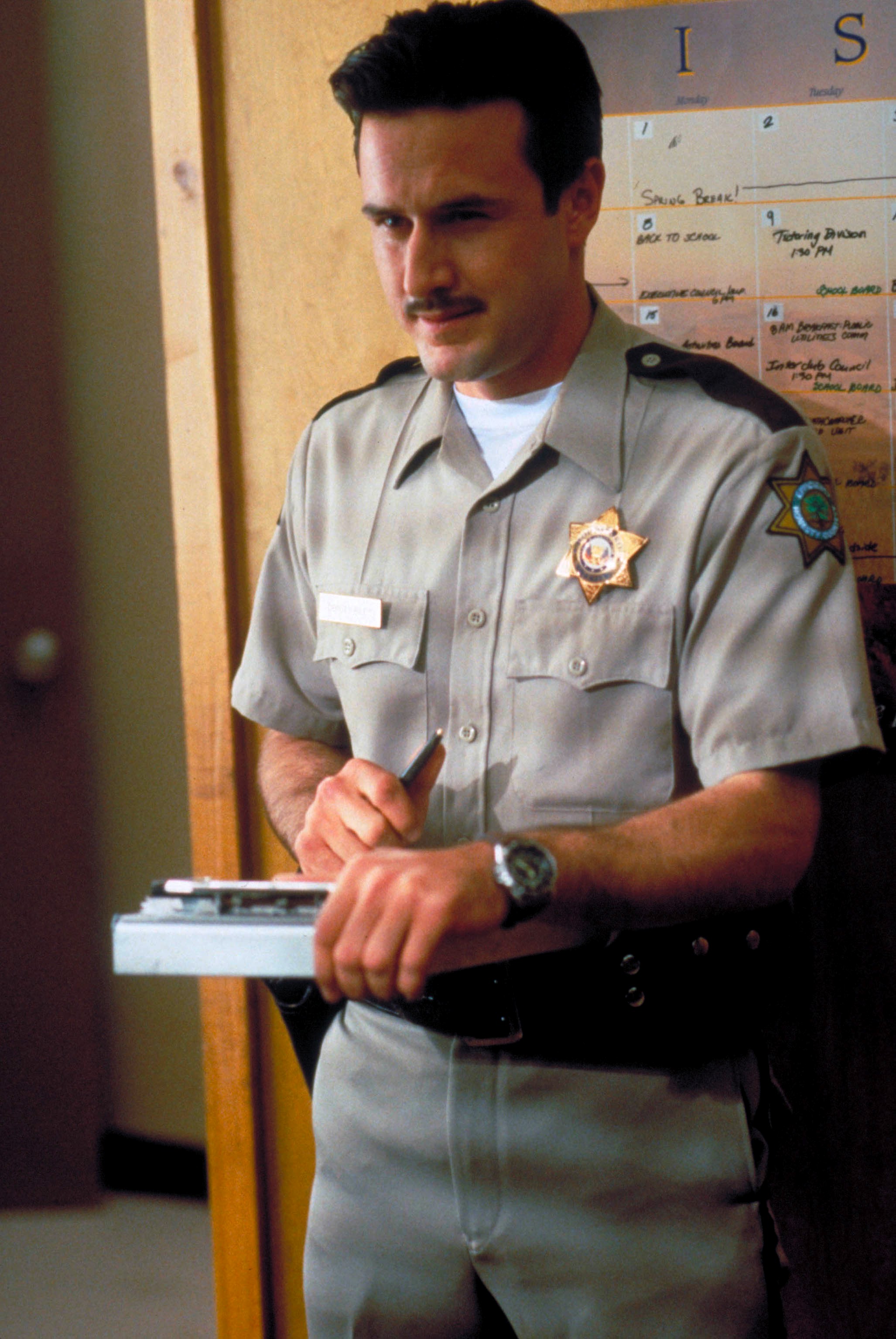 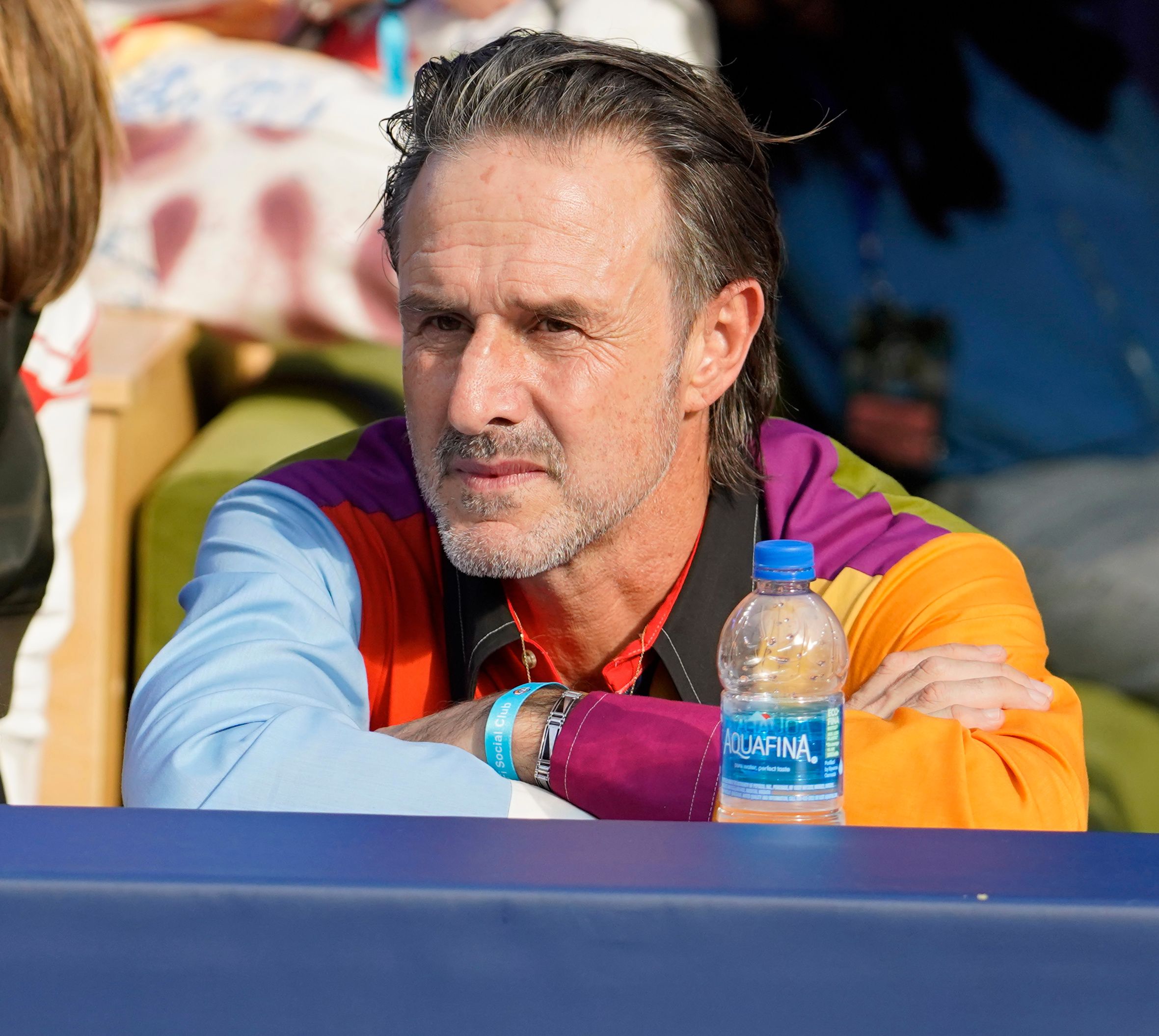 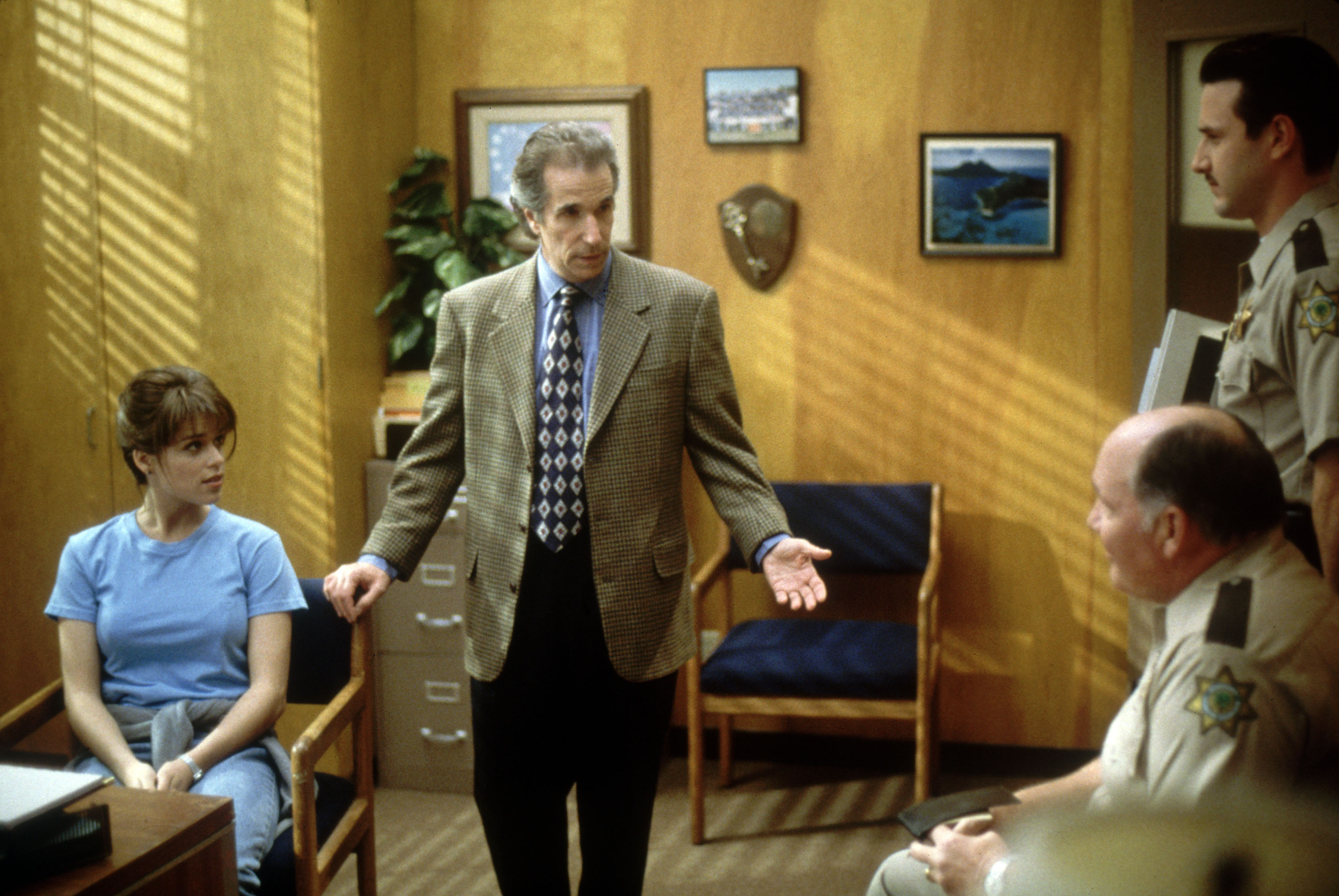 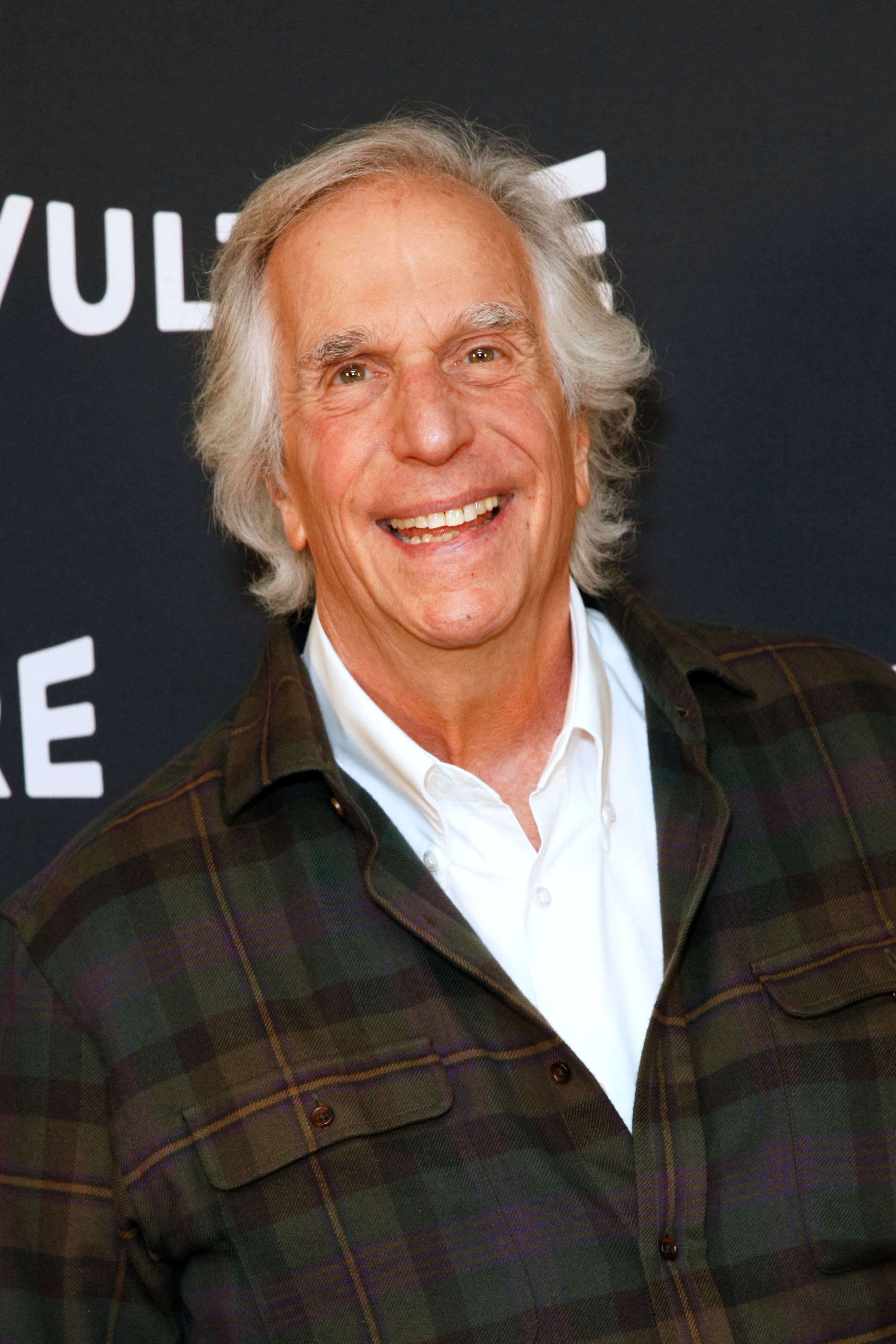 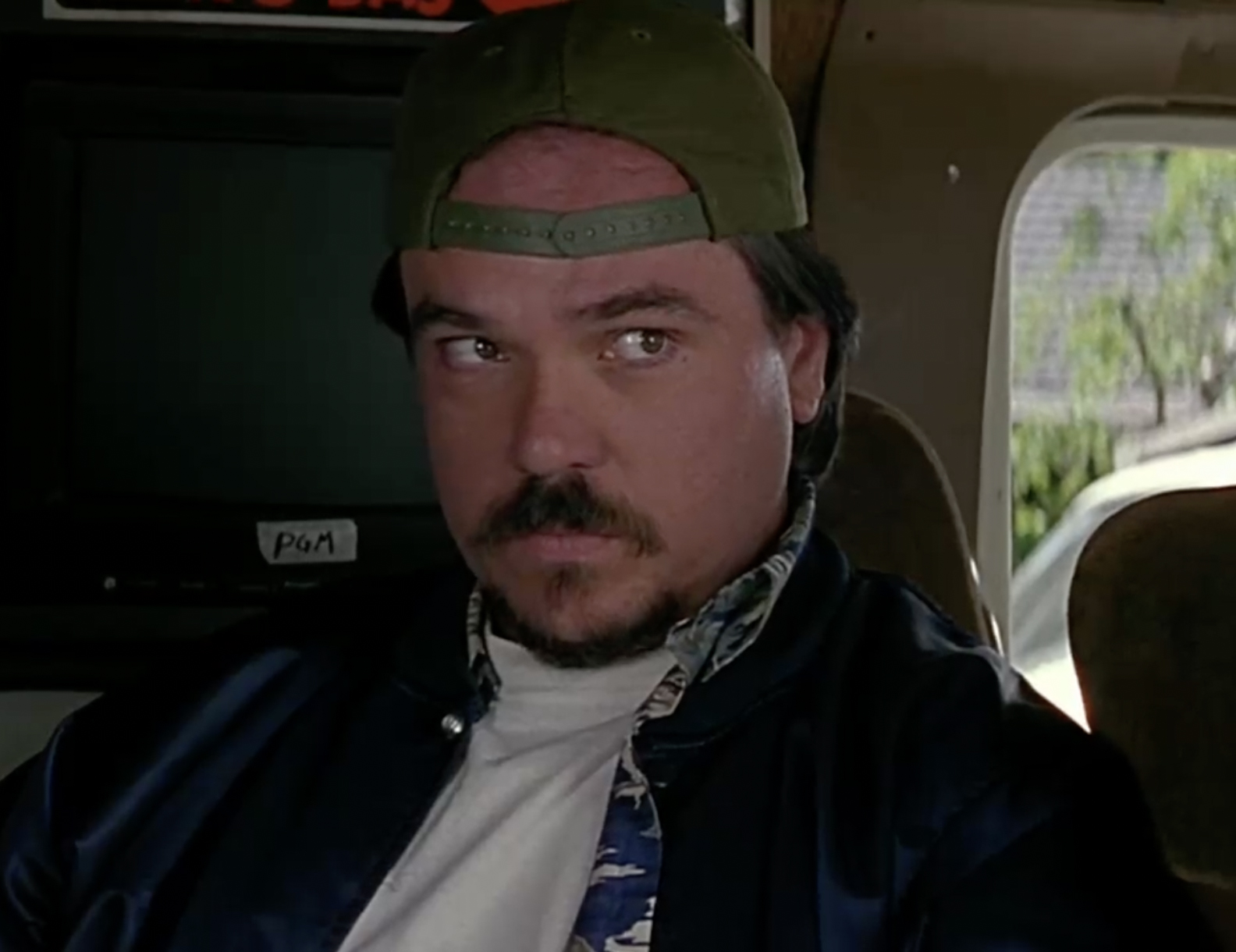 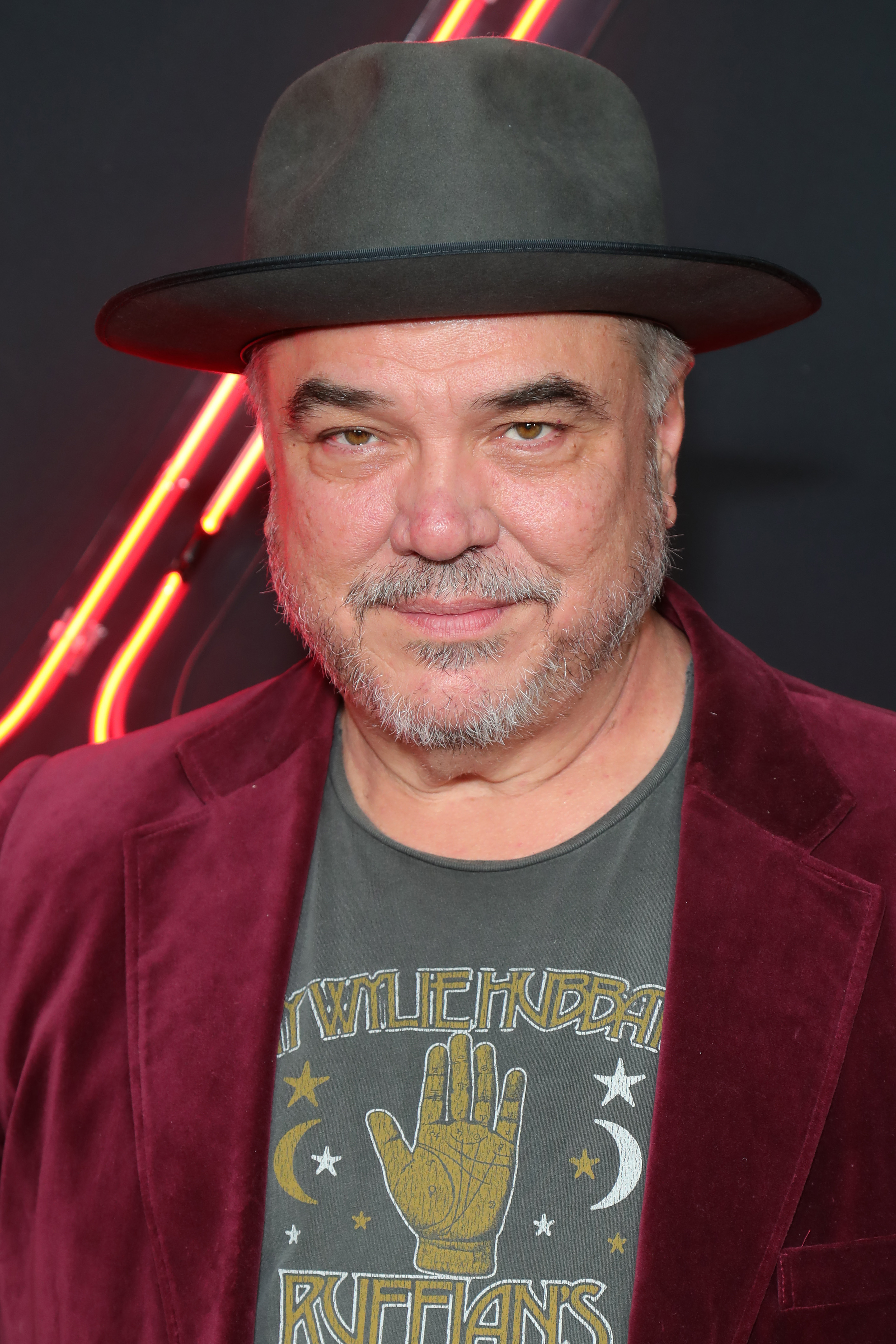 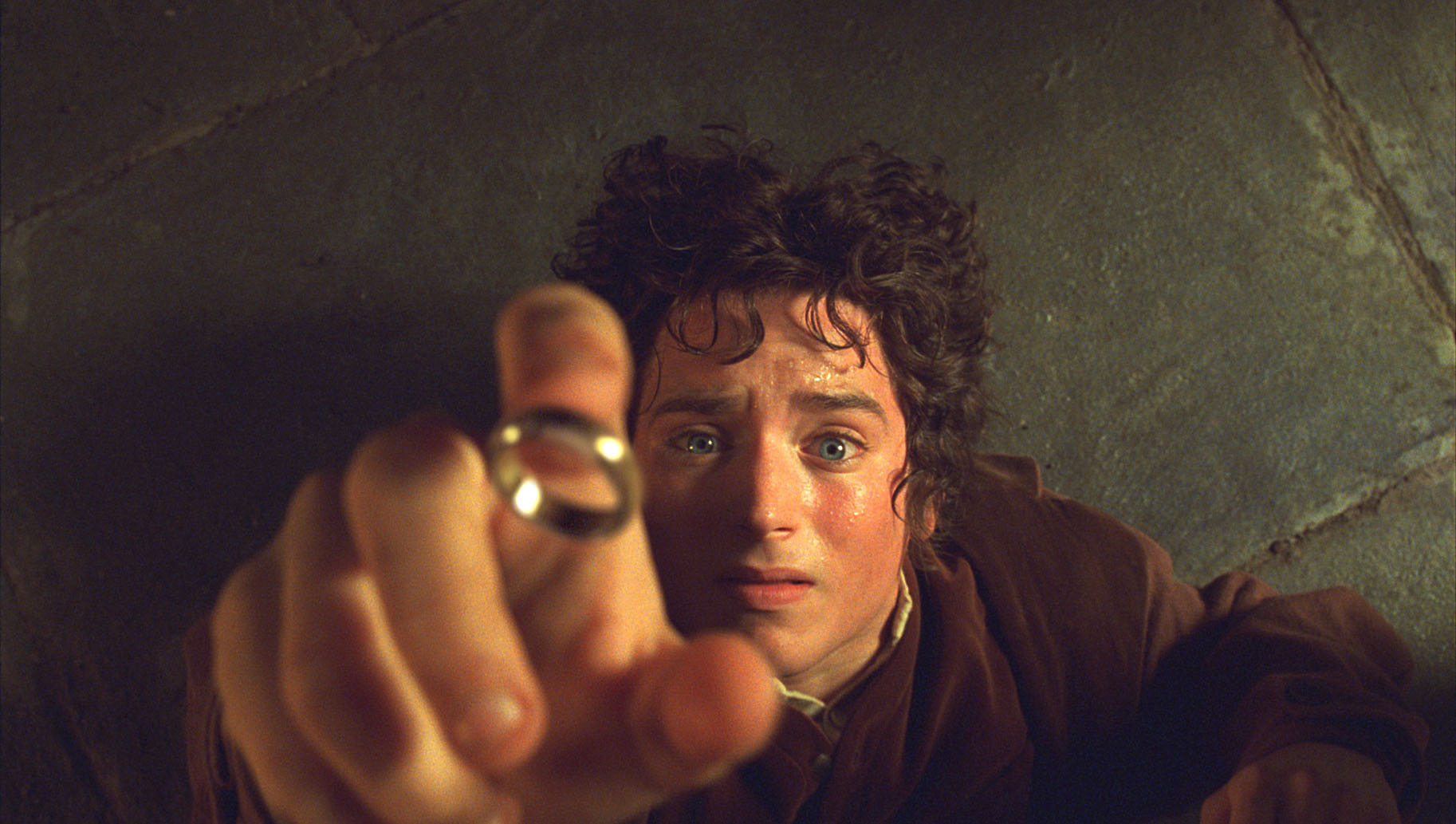