Since coming into the spotlight as a young actress, Scarlett Johansson has been known for her looks. From her sharp features to her luscious lips, the Black Widow star’s talent has been often overshadowed by the public’s perception of her. And, as unfortunate as it is, Johansson was seen as a sexual object as early as 17 years old.

Talking to Dax Shepard in the Armchair Expert podcast, the actress got candid about how she felt facing the constant “typecasting” in Hollywood.

“I think everybody thought I was older,” she told Shepard, referring to her role in 2003’s Lost in Translation when she was only 17 years old, Deadline reported.

After a few projects continued in the same pattern, Johansson started to question her own career. “I got kind of pigeonholed into this weird hypersexualized thing,” she said. “It was like, that’s the kind of career you have. These are the roles you’ve played and I was like, ‘This is it I guess.’”

She added, “I kind of became objectified and pigeonholed in this way where I felt like I wasn’t getting offers for work for things that I wanted to do. I remember thinking to myself, I was like, ‘I think people think I’m, like, 40 years old.’”

Lucy, Her and her work in the Marvel franchise, for example, all steered clear of the one-dimensional bombshell stereotypes. 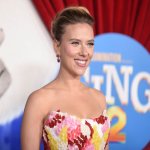 Johansson shared some hope for the future of young women in Hollywood. Mentioning rising actresses like Zendaya and Florence Pugh, she said they’re now “allowed to be all these different things…we’re not even allowed to really pigeonhole actors anymore,” she noted.

Before you go, click here to see celebrities who have spoken out about being sexualized too young.

WATCH | Every time you rock one of these pieces, you are wearing one of a kind art!

So, Uh…How Many Josh Hinge’s Do You Have On Your Phone Rn?
Recent Posts