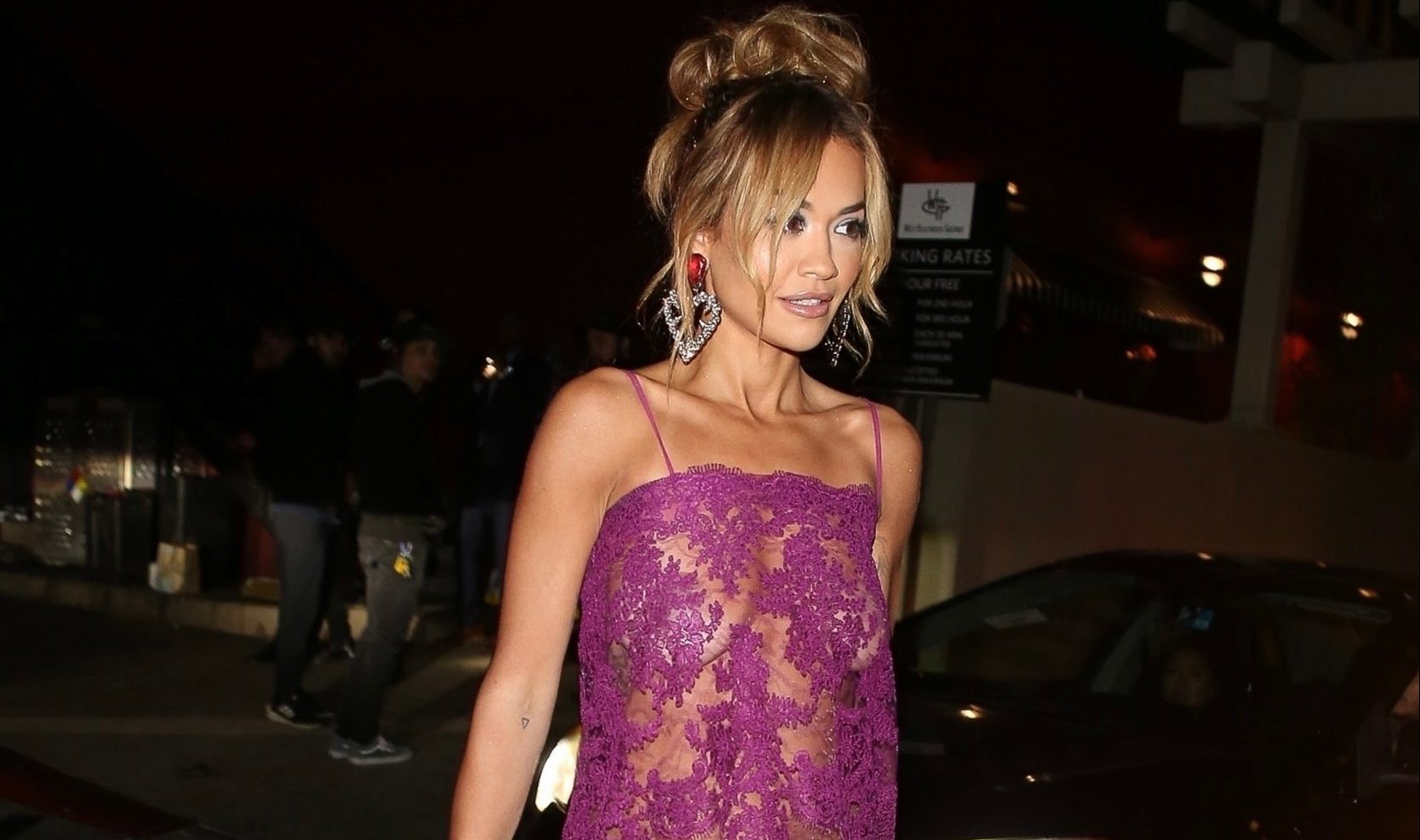 Rita Ora looked heavenly when she stepped out in LA on Sunday to mark what would have been Elvis Presley’s 88th birthday.

Slipping into a see-through lace dress in an electric shade of purple, the hit-maker was a vision as she arrived at the Formosa Café in West Hollywood, one of Elvis’ favourite haunts when he was alive.

Rita, 32, was joined at the star-studded bash by her rumoured husband Taika Waititi alongside Baz Luhrmann, Austin Butler – who starred as The King in Luhrmann’s recent biopic – and Lisa Marie Presley, the rock and roll star’s only child.

Elvis would have neared 90 over the weekend had he not died in 1977, aged 42, from cardiac arrhythmia.

Once inside, Rita posed up a storm next to Waititi and Baz before being photographed with composer Nathan Johnson and Netflix CEO Ted Sarandos at the Netflix Golden Globe and Critics Choice Nominee Toast later in the evening.

According to Variety, invites for the Netflix party were sent out last month and confirmed that film bosses Pam Abdy and Michael De Luca were hosting the event in Elvis’ honour.

The invite also noted that ‘special guests’ Austin and Baz would be in attendance.

While the invite didn’t mention the fact that the party would take place two nights before the Golden Globes, Elvis will be up for three awards at the ceremony: best picture, best actor and best director.

It comes after Austin revealed he didn’t see his family for three years while working on Elvis.

The 31-year-old actor played The King in Baz’s dazzling biopic and said he was so committed to the part that he went years without seeing his loved ones while filming was taking place in Australia.

‘During Elvis, I didn’t see my family for about three years. I was off in New York prepping with Baz, and then I went to Australia,’ he explained.

‘I had months where I wouldn’t talk to anybody. And when I did, the only thing I was ever thinking about was Elvis. I was speaking in his voice the whole time.’

While in conversation with Janelle Monae for Variety’s Actors on Actors series, Austin also admitted how he found it daunting to work with Baz, who has directed movies such as Moulin Rouge! and The Great Gatsby.

He likened the filmmaker to a ‘jazz musician’ in his approach, after previously revealing he left the recording studio in tears once after being ‘heckled’ by Baz and film executives.

‘With Baz it’s much more jazz because he does so much homework. And then you show up and he might say, “I rewrote this scene last night” – that you’ve been working on for a year and a half. It’s terrifying in the beginning.’

As for Rita, it might have been a few months since she and  her director beau are said to have tied the knot in London, but the Anywhere singer only recently revealed how she and Taika actually met.

In November, Rita shared that she and Taika had actually known each other for almost five years before becoming romantically involved, explaining to Vogue: ‘We met in LA and it was through friends and it was amazing, very casual and then we stayed friends for like four, five years and it was just a natural thing.’

It wasn’t until the now (apparently) happily-married couple both found themselves working in Australia that their relationship heated up.

In 2020, Rita was Down Under working on The Voice Australia, while Taika was shooting Thor: Love and Thunder.

‘We were both in Australia doing two separate jobs and we didn’t really know that many people in Australia so we hung out and that was it.

‘We went to a friend’s birthday party and that’s when everything clicked,’ Rita revealed.

What can I do if my circumstances have changed on Universal Credit? | The Sun
Recent Posts