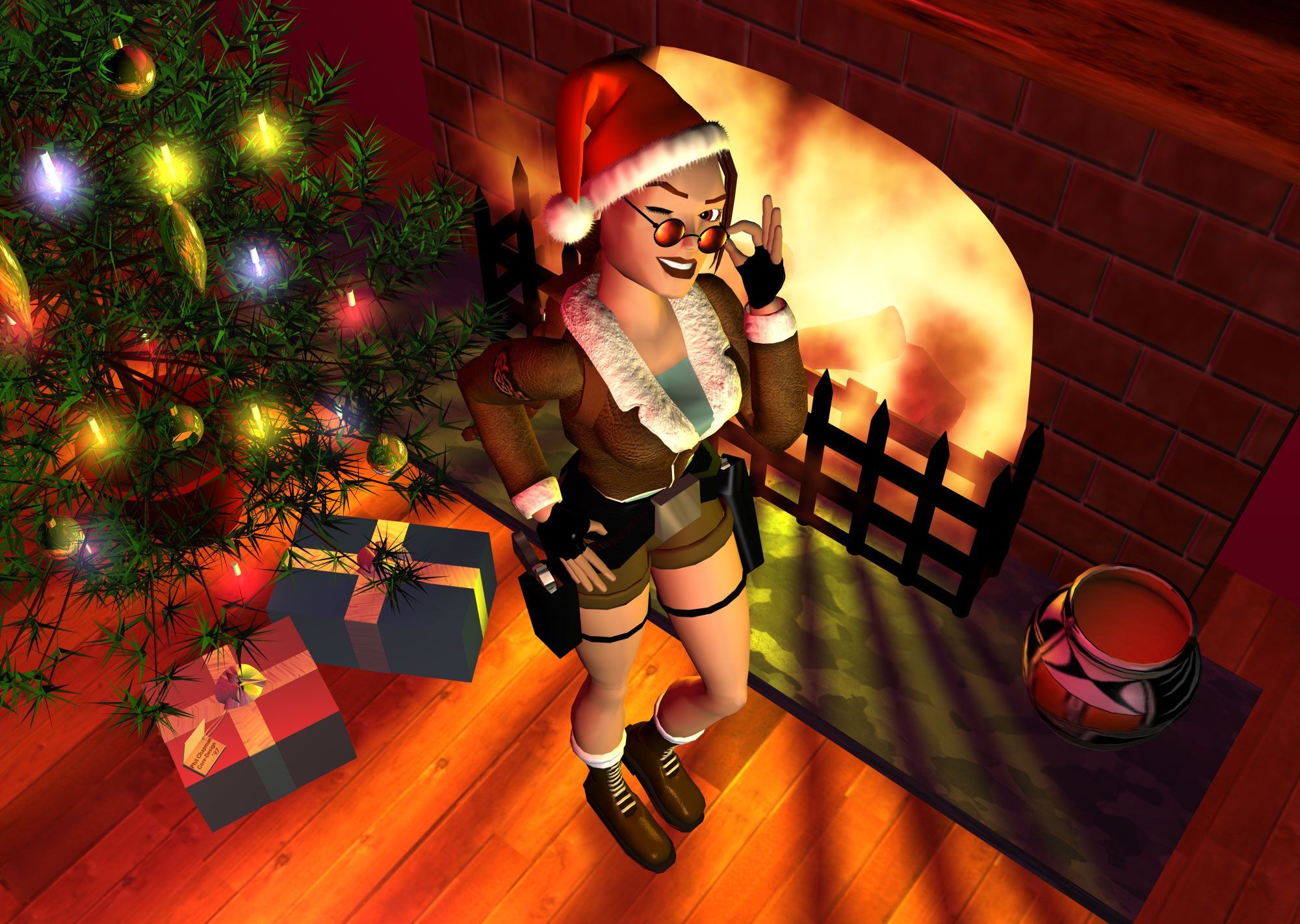 A reader reflects on how repetition is intrinsic to the world of gaming, from choosing which titles to play to the games themselves.

Christmas is a time of tradition, of doing again what we have done so many times before. This tradition may be very personal in many of its specifics but universal in its general impulse; we find joy and comfort in doing what we did last year and the year before that…

For many, gaming has become part of the Christmas tradition. I will never forget my delight when finding Tomb Raider 3 concealed in a bag of sweets for Christmas 1998! Many have fond memories of consoles and games unwrapped by the Christmas tree.

Doing it again is fundamental to gaming in so many ways that we have become habituated to the concept and barely recognise it.

It wasn’t always so.

The first time I really played a game was on the NES and, being fresh to the medium, I had no idea of the conventions of gaming or what I should do.

The NES was an unexpected Christmas present from a girlfriend. I was initially drawn in by the box art to start an adventure; I can’t remember the name of the game but It was a traditional platformer where you move across the screen and jump on enemies to ‘kill’ them. After a few failed attempts you ‘died’.

So that, of course, is what happened to me. And then I thought, ‘What now?’

I was very confused. That can’t be it! The idea that you would come back to life and do it again was alien to me. But there was my little avatar standing at the left of the screen just as it had when I started. So off I went again, got a little bit further across the screen and, inevitably, lost another life.

Now there was a ‘3’ at the top of the screen and I soon realised I had five lives to get through this section of the game. But what happened when the fifth life was gone? Of course: you restarted and did it again.

So it was that I was exposed to the basic stuff of gaming as it was in the early nineties – do it again, get better and progress.

After all this repetition what a disaster if you lose your progress! If your save is lost or corrupted or, back in the day, if you couldn’t decipher the level code you’d hastily scribbled down.

You’ve got to do it all again or give up. After the initial despair, I often found, to my surprise and delight, that I was enjoying it more than the first time. Doing it again was better than doing it!

This discovery, empirically proven, had a profound effect on the way I viewed life and what I might be able to accomplish. It made me realise that things that you seemed to be no good at, if you could repeat the activity with consistency, as in a video game, you could improve beyond all expectation.

This was liberating; perhaps I would be able to play the guitar, bat out a few overs of cricket, maybe even become a racing driver… anything seemed possible with practice and the determination to do it again.

In gaming, and most experiences in life, there are people who generally like doing it again and those who prefer to try something new. At the same time as we have a huge demand for remakes and remasters of favourite games, while others cry out for new ideas, worlds, and concepts. Some play the same game multiple times, perhaps every Christmas, while others would rather quit than repeat a level!

Both approaches have their merits; if you know you like something why not enjoy it again rather than risking something else which may be a disappointment. But what delights and surprises may lie in wait for the adventurous always looking for something new?

Christmas pudding or that mysterious trifle?

Despite these temperamental differences there is something beautiful and emotional in doing ‘it’ again. The Beach Boys’ Brian Wilson yearned to relive those surfing dreams that he had never actually experienced in ‘real’ life. We can be nostalgic for ideas, stories, and events, even people that we have never met in this life.

When Nick tells Gatsby the commonplace wisdom, ‘You can’t repeat the past,’ Gatsby replies incredulously:

‘Repeat the past! Why of course you can!’
Repeat it and get it right. This time.
Christmas, spring, and summer.
Playing, working, giving and receiving.
Of course, we can. We can do it again.

The reader’s feature does not necessary represent the views of GameCentral or Metro.

You can submit your own 500 to 600-word reader feature at any time, which if used will be published in the next appropriate weekend slot. Just contact us at [email protected] or use our Submit Stuff page and you won’t need to send an email.

Pelés Daughter Posts Message & Photo With Her Father In The Hospital