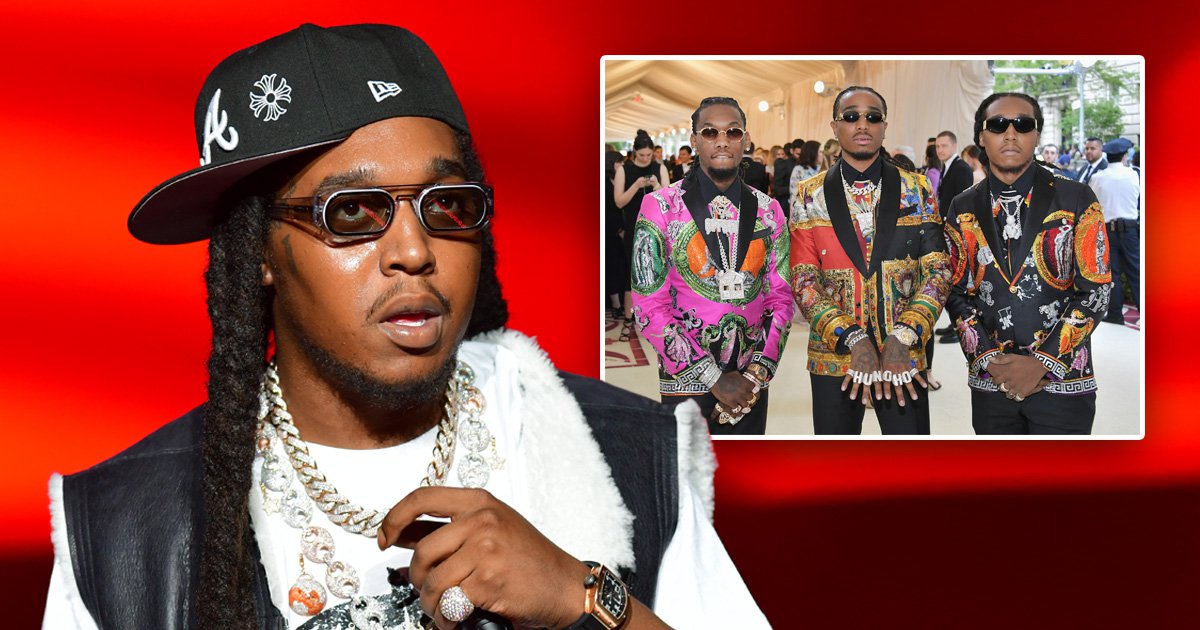 Police officers have launched an investigation into the death of rapper Takeoff at the age of 28, following a shooting in Houston.

News emerged of the Migos rapper’s death earlier today after an incident at a private party on Monday night, with groupmate and uncle Quavo, 31, also thought to be in attendance.

Two others were also injured in the incident and were taken to hospital but are not said to have fatal injuries.

Police Chief Troy Finner held a press conference this afternoon in which he confirmed Takeoff’s death, and explained that he had spoken to the musician’s mother.

‘Let me speak to the human element first, before we do anything,’ he began. ‘I want everyone to understand the pain, suffering of a mother. Very tough.

‘I told her, as we stand with any victim of violence – or any homicide victim – their family, we stand with them in this city, in this police department.

Two other individuals had reported themselves with non-life-threatening injuries after the attack, and have been confirmed as a 23-year-old male and a 24-year-old female.

‘Both of them are going to be okay,’ an investigator  announced, but offered no other updates on their identities.

Officers are still looking through leads to find out who was responsible for Takeoff’s death, and have pleaded with anyone who has information to come forward.

Chief Finner addressed locals, pleading: ‘I’m calling you to action, to step up. There were 40 people, at least, at this event.

‘Get the information to us so we can bring some closure to this family who is hurting right now.’

‘It doesn’t matter how famous you are, you may not be famous at all, anybody who loses his or her life is a life lost. There are family members and friends who are grieving as a result.’

Tributes poured in after the news, with Ja Rule, Khloe Kardashian and Kelly Rowland among those offering their condolences.

The trio were hugely popular and headlined a string of huge festivals and concerts, while also collaborating with Cardi B, Nicki Minaj, Drake, Travis Scott and many more.

Some of their most popular tracks include MotorSport, Stir Fry, Walk It Talk It and Bad and Boujee, which soared to the top of the Hot 100 charts in 2016.

Migos split earlier this year with Offset going his separate way while Takeoff and Quavo went on to form a new duo named Unc & Phew – in reference to their familial relationship as uncle and nephew.

Eamonn Holmes’ co-star addresses being shut out over ‘fatty’ comment