I keep thinking that G-d says he will bring the fire next time. And I ask, what should a poet talk about? The fire is supposed to be metaphorical. And poets are supposed to fixate on politics and love. Ed Roberson keeps making me think about things actually burning. I do not know anyone who lost a home or feared death as fires blazed in California or Australia. There is not really a name for that ignorance. This poem, though, erases a bit of it, reminding me of those who can go up in smoke, “prior to any announcement.” What loss does such a reality require? Selected by Reginald Dwayne Betts 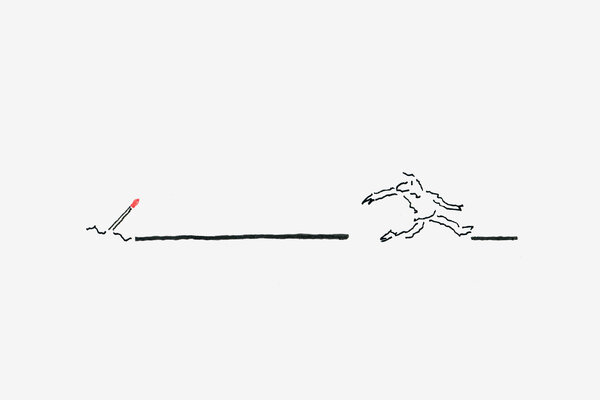 We always think we are
listening from a distance —

we might not be fast enough
to outdistance events

anymore we can go up
in a puff prior to any announcement.

is is still here
the poisonous smoke settling back

to the blank ground
that cataract it all went over.

Reginald Dwayne Betts is a poet and a lawyer. He created the Million Book Project, an initiative to curate microlibraries and install them in prisons across the country. His latest collection of poetry, ‘‘Felon,’’ explores the post-incarceration experience. In 2019, he won a National Magazine Award in Essays and Criticism for his article in The Times Magazine about his journey from teenage carjacker to aspiring lawyer. Ed Roberson is a poet whose works include ‘‘Asked What Has Changed’’ (Wesleyan University Press, 2021). He has been awarded many honors, including the 2016 PEN/Voelckner Award for Poetry.