It’s the beginning of the end for the women of Orange Is the new Black! Netflix released the first full-length trailer for the seventh and final season of the Netflix hit on Wednesday, June 26, exactly one month before the last 13 episodes hit the streaming service.

The new video features both old and new footage of Piper (Taylor Schilling), who is now exploring life after Litchfield and struggling through it all. She appears to have taken an office job and doesn’t look thrilled to be making copies. She is also partaking in a drug test, shooting archery and getting her hair done by Laverne Cox’s Sophia. “Maybe this is a beginning of a road back,” Piper says in a voiceover. “There’s gotta be a way back.” 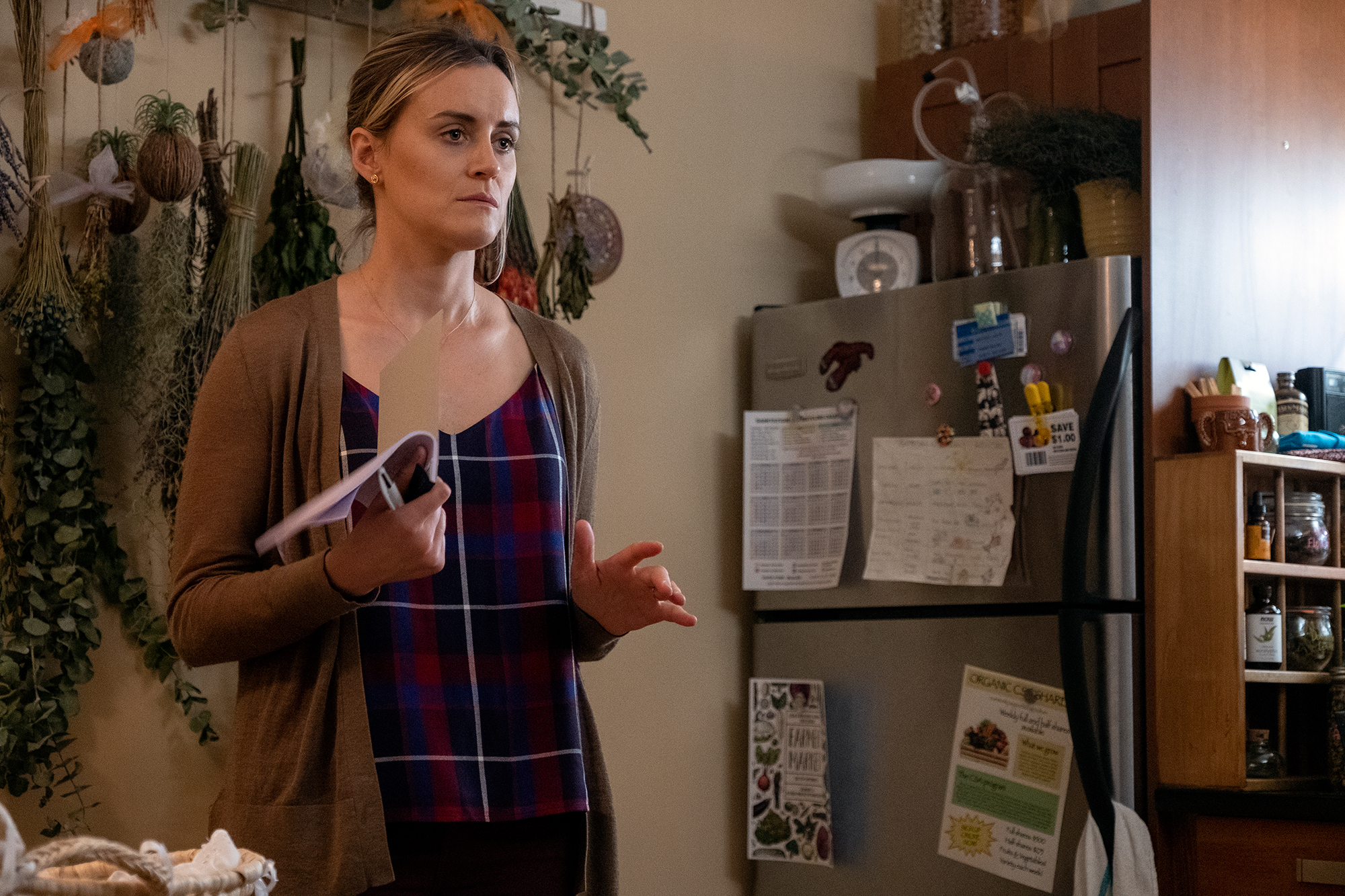 The former jailbird also returns to the prison to visit Alex (Laura Prepon); the two talk on the phone, touching hands through the glass. Alex gets choked up telling Piper, “It is good to see you.”

During the video, the following phrase flashes on the screen: “One color started a movement. One color gave us hope. This July, Orange lives forever.”

Additionally, it’s important to note that the video features a look at some old favorites, including the return of the chicken, whom a very confused Suzanne (Uzo Aduba) sees.

Here’s the official synopsis for the final season: “The ladies of Litchfield come to terms with the fact that prison has changed them forever. Piper struggles with life on the outside, while life in Max, as corrupt and unjust as ever, goes on without her. Taystee’s friendship with Cindy still hangs in the balance as her life sentence looms, Gloria and her kitchen staff are confronted by the harsh realities of Polycon’s newest profit stream, while others chase drugs or dreams and grapple with the reality of their place in this world.”

Orange Is the New Black season 7 debuts on Netflix on Friday, July 26.

The Chase: Bradley Walsh gives ‘big clue’ to help contestant – did you spot it?