Home » Entertainment » Paris Hilton Has a Podcast, With a Twist Paris Hilton Has a Podcast, With a Twist

Podcasting holds a strong allure for would-be media disrupters and visionaries. In the still-developing medium, they see wet clay, capable of being molded into an ideal vessel for long-form narrative journalism or fiction or game shows or musicals or memoir.

Add Paris Hilton to their ranks. Hilton, master of an earlier mass-communications era in the tabloid-fueled early aughts, is getting into the podcast business with a new company, her own show and an unusual spin on a form that will seek to create an audio equivalent to social media.

“This Is Paris” will debut on Feb. 22 in partnership with iHeartMedia, the radio giant that has become one of the largest distributors of podcasts, with more than 750 shows collecting more than 250 million downloads per month. Aimed at Hilton’s over 40 million followers across social media platforms, the new show will offer a mix of personal content and conversations with her family, friends and other celebrities. It will be the flagship of a planned slate of seven shows to be produced by Hilton’s company, London Audio, and the iHeartPodcast Network. The other programs, featuring different hosts, will be released over the next three years.

“I’ve always been an innovator and first mover when it comes to reality TV, social, D.J.ing, and now I really believe that voice and audio is the next frontier,” she said in an interview.

A key feature of her podcast will be its use of a format that Hilton is calling “Podposts”: short (between one and three minutes), stripped-down dispatches meant to mimic the cadence and tone of posts on social media. The “This Is Paris” podcast feed will host longer (around 45 minutes), more traditionally produced episodes weekly, with intermittent Podposts filling in the gap several times per week. 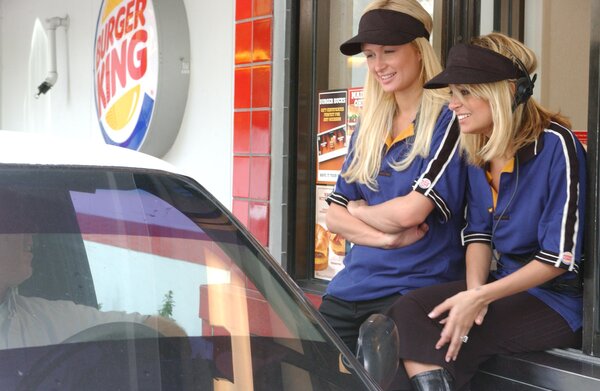 “I really believe that it is like another form of social media,” Hilton explained. “I do so many things — being a D.J., a businesswoman, a designer and an author — so there will be a lot for me to talk about.”

Preplanned categories of Podposts will be inspired by Hilton’s famous catchphrases, including “That’s Hot” for product recommendations, “Loves It” for culture recommendations and “This Is my Hotline,” in which Hilton will respond to voice mail messages sent in by listeners. Conal Byrne, president of the iHeartPodcast Network, said the company is currently looking to partner with brands for sponsorship at different levels.

“Her power to recommend products to her fans that she believes in is just about unrivaled,” Byrne said.

Since the end of “The Simple Life,” her reality television series with Nicole Richie, in 2007, Hilton, who will turn 40 this month, has branched into a wide range of industries through her company, Paris Hilton Entertainment. Its assets include 45 retail stores and 19 product lines across categories like fragrance, fashion and accessories. Before the coronavirus pandemic, Hilton was a sought-after D.J. around the world, for which she has been paid a reported $1 million per gig.

In this new deal, iHeartMedia will fully fund the slate of shows produced in partnership with London Audio at a budget of multiple millions of dollars. The two companies will be joint partners in each show and split all revenue streams. After “This Is Paris,” the rest of the slate is expected to be geared toward subjects including beauty, wellness, dating, philanthropy and technology, with Hilton and Bruce Gersh, the president of London Audio, serving as executive producers.

“This is a medium that has so many dimensions and really allows you to connect to an audience in a unique way,” Gersh said. “Paris wanted to jump in wholeheartedly.”

Hilton, who named “Bill Gates and Rashida Jones Ask Big Questions” and Kate and Oliver Hudson’s “Sibling Revelry” as among her favorite shows, immersed herself in the medium while grounded at home in Los Angeles during the pandemic.

“Usually, I’m traveling 250 days a year and working constantly,” she said. “During this whole year in quarantine, I’ve had more free time than I’ve ever had in my career. So I’ve been listening to a lot of podcasts and getting really interested. When I’m cooking or working or doing my art, I always have them on in the background.”

Podcasts have become a favored outlet for celebrities seeking to engage with fans in more depth than is possible in a typical post on Instagram or Twitter, while avoiding the scrutiny and vulnerability that comes with speaking to the press. Name recognition is a powerful advantage on the platform — shows by celebrity podcasters like Dax Shepard, Jason Bateman, Anna Faris and Bill Burr appear regularly in the top 50 of the Apple Podcasts charts. (In addition to the Hilton deal, iHeartMedia has struck joint partnerships with Will Ferrell and Shonda Rhimes for slates of shows.) And podcast audiences tend to be a relatively friendly bunch: There are no comments sections to elevate unpleasant behavior, and podcasts by their nature require a level of active engagement that discourages drive-by detractors.

“I think once people understand that this is a platform where they can directly interact with their fans without any kind of middleperson, it becomes a very attractive proposition,” said Tom Webster, senior vice president of Edison Research, a media research firm.

Webster added that Hilton’s Podposts concept reminded him of the proto-podcast field of audio blogging, in which writers for websites like The Quiet American and The Greasy Skillet posted short audio diaries. “It allows them to stretch out into their personal interests in a way they don’t get to in their day job,” he said.

“This Is Paris” shares a name with Hilton’s YouTube documentary, released last fall. In that film, which has nearly 20 million views, she distances herself from the blithe, ditsy persona with which she has been identified since emerging in the glare of paparazzi bulbs two decades ago. Hilton also says that she was abused by administrators at a private boarding school she attended as a teenager, an experience by which she remains traumatized.

The podcast is meant to follow in the same candid vein. Hilton is recording it at a home studio (built for her music projects) and using her much-discussed natural voice (which, to my ear, is deeper than her most girlish trill but not a dramatic departure).

“She talks in a way that’s very relaxed and accessible, as opposed to someone who is putting on a performance,” Byrne said. “Right away she was a natural at making it feel like a one-on-one phone call and not a one-to-many media asset.”

For Hilton, recording the pilot for the show did feel uncomfortable at first — unlike on social media, there were no glamorous photos or videos to hide behind. “It’s only about the knowledge you’re bringing and what you’re saying with your voice,” she said.

But soon she fell into a groove. After a lifetime of being the subject of interviews, she’s been enjoying “turning the tables” as the one asking questions. Compared with her old jobs, the commute isn’t bad either.

“I love being a homebody,” she said, reflecting on her new chapter. “I’ve worked so incredibly hard to build my empire — now I get to finally enjoy it.”