Home » Entertainment » Opinion: Trump Controls The News Cycle. Take It Back With An Impeachment Trial. Opinion: Trump Controls The News Cycle. Take It Back With An Impeachment Trial. 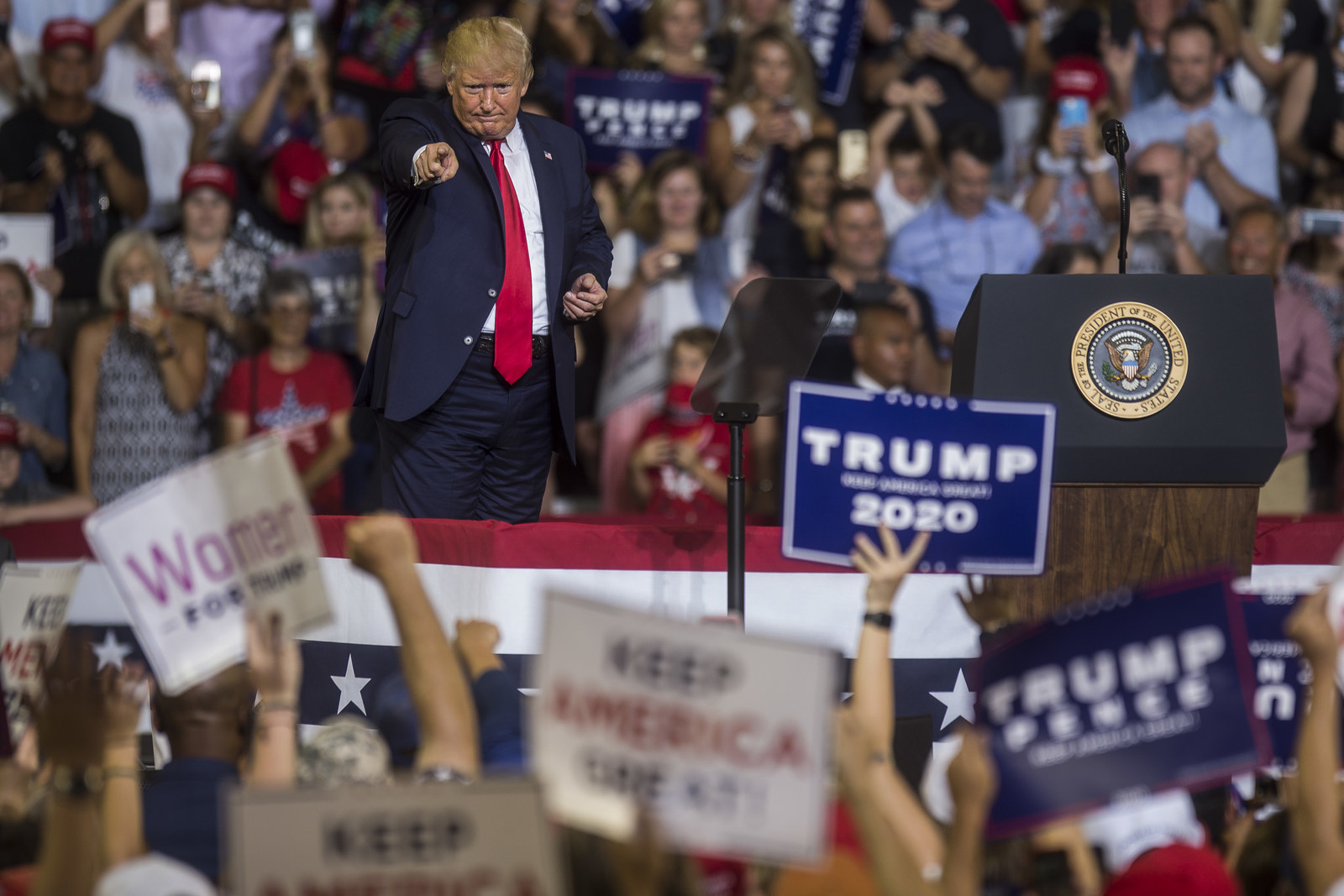 Robert Mueller remained tight lipped and cautious during his much-hyped testimony on Wednesday morning. But the hearing highlighted two things: first, there is a real opportunity for a televised trial of President Trump’s behavior, and second, such a trial, if it harnessed all the theatrics and color that Democrats can muster, could seize control of the news cycle from the man who has dominated it for years.

It has been a tough few weeks for House Democrats committed to their strategy of holding Trump accountable via the justice system, rather than the impeachment process.

First, the Fourth Circuit Court of Appeals dismissed a lawsuit by Maryland and the District of Columbia that claimed Trump is enriching himself with spending by foreign governments at his hotels. The states had no grounds to sue, the court ruled. “Word just out that I won a big part of the Deep State and Democrat induced Witch Hunt,” Trump tweeted in response. “Unanimous decision in my favor.”

The case may ultimately go to the Supreme Court, but there’s little reason to believe that the Trump majority there will overturn the decision.

Then there was news the federal probe into hush money payments made to Stormy Daniels and other women during the presidential campaign has ended, with no new charges on the horizon. After the Mueller inquiry wrapped up, plenty of Democrats crossed their fingers that the prosecutors in New York leading the probe would bring charges of their own. No such luck.

The setbacks come as House Democrats have steadfastly refused to begin impeachment inquiry hearings, favoring a strategy focused on courts and prosecutors. They have made crystal clear that they believe there will never be polling favorable enough to pressure Republicans to convict Donald Trump in a Congressional impeachment trial, and that the Senate will ultimately acquit him. They also maintain that working through the courts to expose Trump’s misdeeds will lead to a stronger case in 2020, where Democrats can win at the ballot box.

The Fourth Circuit decision shows just how risky that strategy is.

Let’s assume Democrats are right, and that impeachment hearings would lead to impeachment by the House and acquittal in the Senate. That is still a far better option than losing in the courts.

That’s because Americans generally look favorably upon the Supreme Court. In a Gallup poll last year, the Supreme Court had a 51-40 approval rating. Any decision in Trump’s favor from the Court would carry a great deal of weight with undecided voters heading into 2020.

If Donald Trump has to be acquitted, it would much better come at the hands of a group of people as corrupted and partisan as the Senate Republicans. It would also rob Donald Trump of the halo of Supreme Court victories against Democrats, on which he could legitimately run.

But there are more and better reasons than this to commence an impeachment inquiry. Foremost among them is the potential to focus the public on Trump’s unconstitutional and illegal actions.

The best way to convince the public of Trump’s crimes is to lay them out in a compelling presentation that captivates the country. Impeachment hearings will get wall-to-wall news coverage, giving Democrats the ability to lay out the incredibly compelling case that Bob Mueller put together, narrated by the people he interviewed, over an extended period of time.

Robert Mueller, perhaps sensing the effectiveness of impeachment hearings, alluded to them in his May press conference. In what many considered an urging for impeachment, Mueller noted that DOJ policy “says that the Constitution requires a process other than the criminal justice system to formally accuse a sitting President of wrongdoing.”

Even assuming the Senate ultimately votes to acquit him, the end result will be a public that is more certain that Donald Trump violated the law, and more aware that the Republican-controlled Senate is too partisan and corrupted to stop him. That is an incredibly powerful position going into 2020.

While we do not doubt that Democrats in Washington still hold an idealistic view of our governmental and judicial processes, the decision on the Emoluments case demonstrates the perils of such a strategy, especially right now. Their adherence to norms is unlikely to be rewarded any more than Trump’s destruction of norms prevented his victory in 2016.

Donald Trump’s daily whirlwind of contempt for laws and norms has muted our ability to be shocked by much anymore. Democrats must use every tool at their disposal to counter this whirlwind by immediately commanding the media and public’s attention, and laying out the strongest case possible. That means avoiding court victories for Trump, and using the ultimate tool given to them by the Founders — impeachment — before it is too late.