On May 31, 1972, a show burst onto the stage of the Lyceum Theater rehearsed to within an inch of its life. It had to be — and not just because its director was a notorious perfectionist. There was only one chance to pull it off.

Directed and choreographed by Bob Fosse for Liza Minnelli, “Liza With a ‘Z,’ ” the film of that concert, was a profound meeting of artist and muse. In “Liza,” humor, not smut, defines sexy, and the elfin Ms. Minnelli, 26 at the time, delivers that with perfection. It’s not just that she knows what she’s doing, but that she couldn’t be any other way.

The concert was broadcast on NBC, but shown only three times; eventually, it was restored and remastered. In 2006, “Liza” was presented on Showtime, and ever since, this nearly lost piece of art has been available for the watching — even on YouTube. It remains a spellbinding example of the art of performance, where endurance and skill braid with courage and grace. Ms. Minnelli doesn’t merely sing and dance: She turns herself inside out. 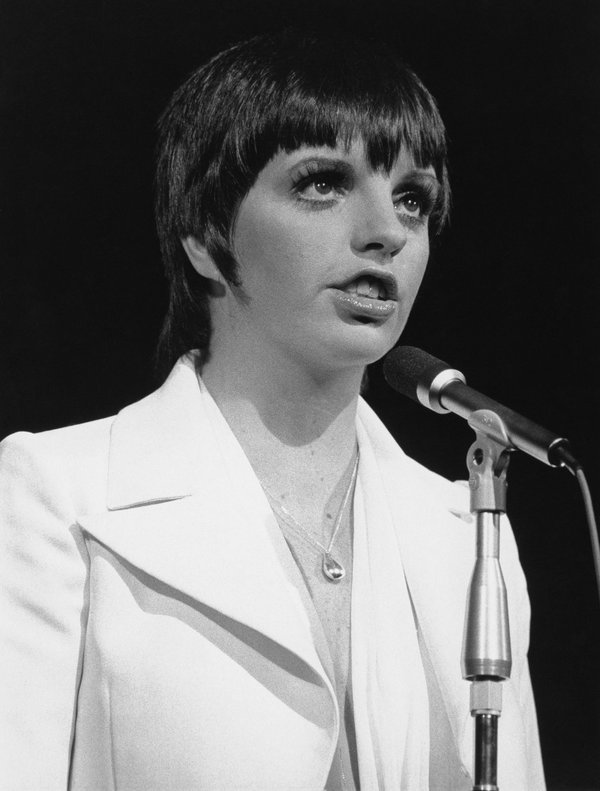 On Friday, Lincoln Center Out of Doors will show the film (it won Emmy and Peabody awards) at Damrosch Park as part of a program featuring the tap ensemble Caleb Teicher & Company. In addition, students from Fiorello H. LaGuardia High School of Music & Art and Performing Arts will perform “Sing, Sing, Sing” from Fosse’s “Dancin.’ ”

Fosse, who died in 1987, transformed musical theater with his brand of jazz choreography that celebrated a kind of sleek and sensual angularity in shows like “Sweet Charity” and “Chicago.” Fosse’s influence has soared in recent years — Beyoncé, as her music videos attest, is clearly a fan. (So was Michael Jackson.) And his life with Gwen Verdon, his third wife and collaborator and muse, was the subject of the recent TV series “Fosse/Verdon.” But it is Ms. Minnelli, front and center, who carries “Liza With a ‘Z’”: She’s a theatrical powerhouse.

While she won’t be present at the Lincoln Center event, Ms. Minnelli, who first worked with Fosse on “Cabaret,” for which she won an Academy Award, has prepared an introduction that will be read at the screening. It emphasizes how different Fosse was from the man portrayed in “All That Jazz,” his 1979 semi-autobiographical film. “He was a great communicator so that he could tell you what to do and not boss you around,” she writes. “I watched him like a hawk; even when we were filming, I could see him near the camera, with a very intent expression. He was smoking and looking, and I could tell when he liked it. I could read him.” 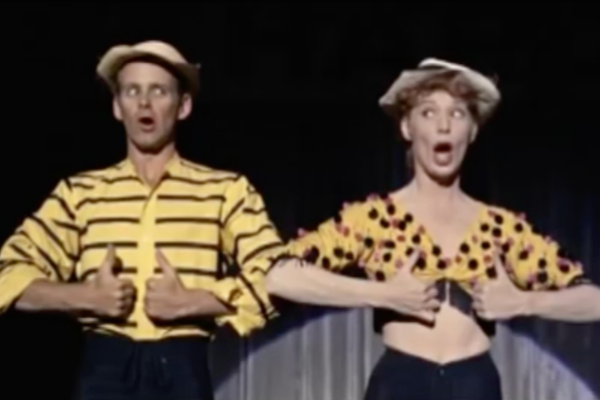 Their mutual trust is apparent in “Liza” from beginning to end as Ms. Minnelli sings and dances her way through 11 numbers, including the finale, a “Cabaret” medley. (It’s a thriller.) By the end of the night, her gamin crop is plastered to her forehead with sweat; her smile is a little dazed, as if she isn’t quite sure what just happened. But she went all out, and that intensity can be heard in her voice and seen in her body. She lived it.

For the song, “I Gotcha,” Ms. Minnelli lights up the stage in a red sequined halter micro-mini — a wonder of a dress that is pure Fosse: winking at sexy in the most playful, tongue-in-cheek way. Halston designed all of her costumes in “Liza”; it’s high-fashion, and it also completes the package. His pieces exude that unmistakable air of 1970s louche that Fosse — the man and the artist — deployed so well.

Moving alongside two men in tuxes, sunglasses and black hats — they teeter on the good side of sleazy — she cuts across the stage with her hands inverted on her hips so that her elbows jut out while she knocks her knees in and out. It’s adorable. The men follow suit, but they walk in a squat, a funny touch: Fosse loved his women tall and his men short. (Like him.)

But Ms. Minnelli dances big. She doesn’t act her way through choreography; movement emanates from deep within her body. In “Liza,” she always seems to be riding on a groove so that even when she executes a jerky, broken-doll view of Fosse’s signature moves — bending at the waist with a flat back or standing in profile with a quick contraction and release of the hips — her articulation is uncannily decisive.

At the same time, there’s no strain: She’s so subtle that it’s as if she’s marking movement, or loosely going through the motions. It’s a special skill to be able to perform choreography so effortlessly that it has the casual look of being tossed off. Her shoulder rolls are from heaven.

Some singers are disconnected from their bodies, but Ms. Minnelli uses hers as a supple instrument, or an extension of her voice. The pop singer Sia features dancers in her performances to create a similar effect — their bodies become one with her sound — but in “Liza” there’s no disconnection between the two. It’s one voice, one body.

When I interviewed Ms. Minnelli in 2006 in conjunction with the release of the remastered “Liza,” she talked about how Fosse had no monitors to look at during the performance; he watched the rushes. “I got a call four weeks later,” she told me, “and he said: ‘I’ve seen the stuff, and you outdid yourself. You did everything I told you to do, but it looked like it was your own idea.’ ”

That freshness, that lack of self-awareness is what’s so brilliant about “Liza,” in which the angles of the camera allow for a 360-degree view. It was a gutsy collaboration: Along with Ms. Minnelli and Fosse, the “Liza” team included the composer-lyricist duo Fred Ebb and John Kander. They were jumping off a plank. Could they pull it off? That risk is palpable in the film, even on repeated viewings.

But the reason I love this performance so much comes back to the invisible dialogue between artist and muse. The audience is present — it was, Ms. Minnelli said, by invitation only, and everyone wore black tie — yet this is a performance that isn’t in service to a crowd. It’s intimate.

The master is there; she is performing for him. Yes, like Fosse said, she made it look like it was her own idea, but the singing, the dancing, the talking — it was all for him.

Liza With a “Z” and Caleb Teicher & Company