Home » Entertainment » On ‘S.N.L.,’ Dr. Fauci Hosts ‘So You Think You Can Get the Vaccine’ 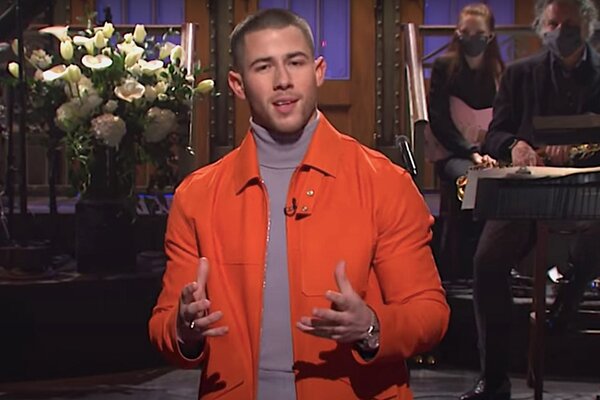 How do you get a week’s worth of political scandals and pandemic news into a single comedy sketch? And how do you find out if you qualify for a Covid vaccine and, if so, where to get one? “Saturday Night Live” attempted to answer some if not all of these questions with an opening segment about a fictional game show called “So You Think You Can Get the Vaccine,” hosted by Dr. Anthony S. Fauci.

This weekend’s broadcast, which featured Nick Jonas as both its host and musical guest, began with Kate McKinnon playing Fauci, describing herself as “America’s voice of reason and celebrity hall pass for some reason.”

She said the show would “give everyday Americans a chance to vie for vaccine eligibility,” adding: “Getting the vaccine shouldn’t be a competition, but Americans will only want to get it if it means someone else can’t.”

She then introduced the three-person panel of governors who would be approving or denying the requests of contestants, beginning with Gov. Gavin Newsom of California, whom she said was “hated by every single person in California except those 10 people he had dinner with in Napa that one time.”

Next, McKinnon introduced Gov. Andrew M. Cuomo of New York, saying that he was “currently under fire for futzing with old dead people and also the kind of sexual harassment allegations that make you go, yeah, I could see that.”