Olivia Wilde may be going through a breakup, but she seems to be doing just fine. The Don’t Worry Darling director showed the world she’s thriving following her split from Harry Styles late last month with a new carefree shot. On Sunday Dec 4, Wilde posted a picture on Instagram of her laughing with friend Babs Burchfield as they swayed in a hammock together.

“Best.” Wilde captioned the sweet selfie of the two. In the pic, Wilde is seen wearing a two-piece navy blue bikini, with seemingly no makeup and semi-wet hair.

Wilde’s new post is her first since the beginning of October.

Though she’s clearly having a blast in the photo, sources told People last month that Wilde had been going through a “difficult” time post-split. Even though a second insider called it a “very amicable decision” to split, the first source noted, “They have had some issues, but Olivia thought they were gonna work through it all. She is disappointed.”

Though the sources seem to paint their split as one-sided, it looks like Wilde is already recovering. After all, going through a breakup in the public eye must be so tough and spending time with friends heals (most) wounds.

When the former couple split, sources indicated that their “different priorities” was the cause of the decision. At the time, Styles was about to take his tour internationally and Wilde chose to stay in Los Angeles to take care of her kids, Otis, 8, and Daisy, 6. Hopefully the new post shows that they both made the right decision! 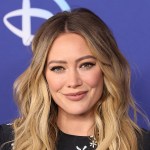 Before you go, click here to see all the celebrities in relationships with older women.