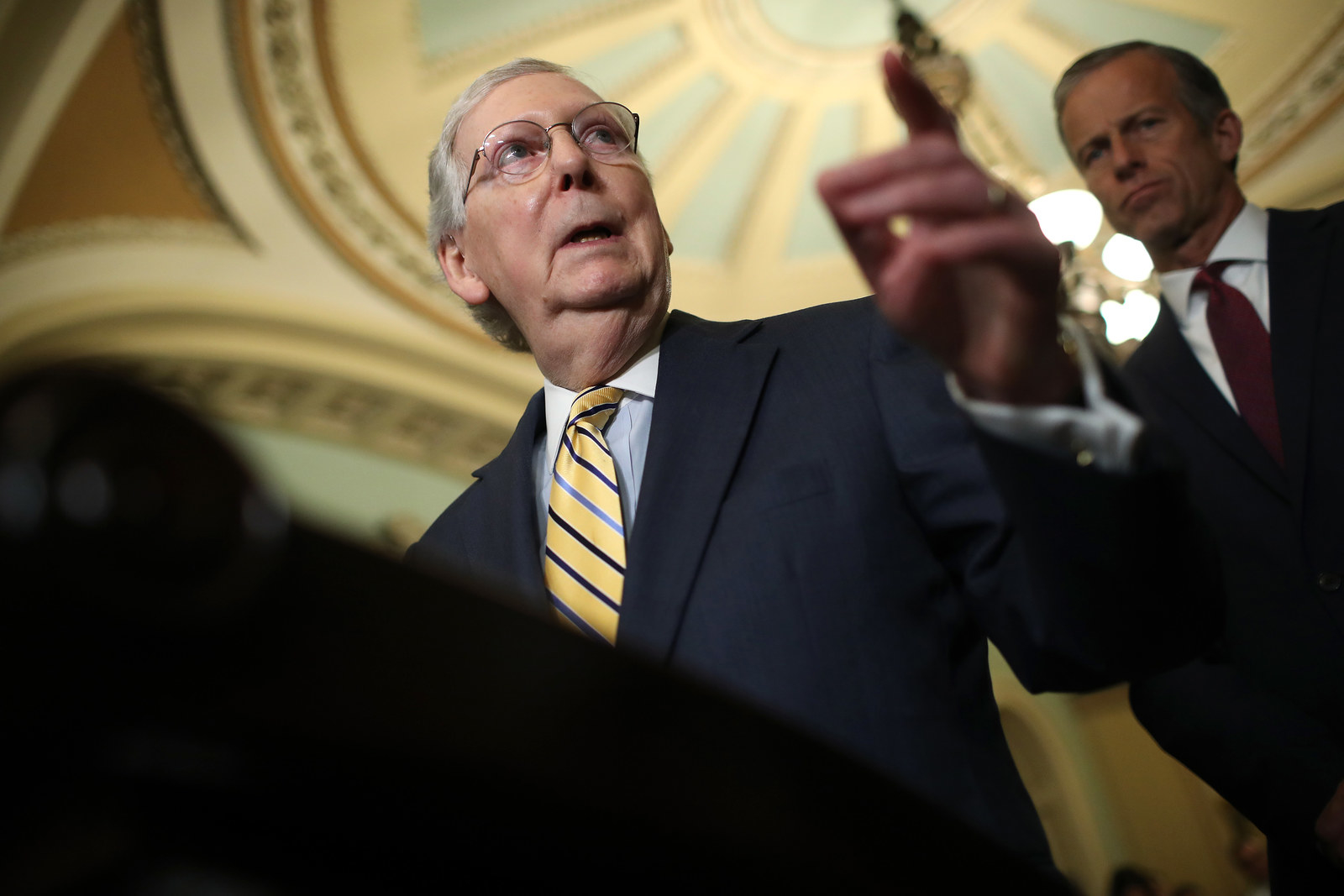 Republicans in Congress are staying cautious on Labor Secretary Alex Acosta, saying that they’ll let President Donald Trump decide his fate as Democrats demand that he step down in light of the new charges against Jeffrey Epstein, who negotiated a plea deal with Acosta a decade ago.

Calls for Acosta to step down began Monday, after federal prosecutors charged Epstein with sex trafficking underage girls in New York and Florida. Epstein was charged in Florida over a decade ago under similar allegations, but reached a deal with Acosta, then a federal prosecutor, that resulted in little jail time. Acosta was tapped to serve as the US Secretary of Labor by Trump in February 2017, and he was confirmed by the Senate 60–38 in April.

“Well, there’s no question that the accusations against Epstein are horrendous, and I think it’s good news that they are being pursued further,” Senate Majority Leader Mitch McConnell told a group of reporters Tuesday. “As to Secretary Acosta’s continued service, he served at the pleasure of the president and I’m inclined to defer to the president to make that decision.”

Sen. Mitt Romney joined other Republicans in condemning Epstein’s “awful” behavior, but held firmly that any actions toward Acosta should be based on an investigation. The Justice Department is currently investigating how federal prosecutors handled the original Florida case.

“As to whether Mr. Acosta should resign, it would depend on what the results are of the investigation that is going on within the Justice Department,” Romney said. “I hope that it’s a thorough investigation to determine whether there was anything inappropriate the way that case was handled in the past.”

When pressed on whether or not Acosta should resign, Romney said the pressure should be on Acosta himself. “Anything of that nature would be his own decision.”

Trump defended Acosta to reporters at the White House on Tuesday, saying he’s been an “excellent” Labor secretary and that his administration would examine his role in the Epstein case “very carefully.”

Several members of Congress and Democrats running for president have called for Acosta’s resignation, including Sens. Elizabeth Warren, Amy Klobuchar, and Kamala Harris — all of whom voted against Acosta’s nomination. Sen. Tim Kaine called Acosta’s “sweetheart” deal with Epstein “illegal” on CNN Tuesday.

Sen. Chuck Schumer, the top Democrat in the Senate, joined the chorus of Democrats calling for Acosta to resign, and said the DOJ’s Office of Professional Responsibility should make the results of its review into the Florida investigation public.

“Mr. Acosta hid this agreement from Epstein’s victims,” Schumer said in a statement. “No one can figure out why Mr. Epstein was able to persuade US Attorney Acosta not to prosecute, other than that Epstein could afford high-powered, high-priced attorneys,” he added.

House Speaker Nancy Pelosi called on Acosta to resign Monday, but as she has with the president himself, she pushed against the idea of impeaching the secretary.

“It’s up to the president, it’s his Cabinet,” Pelosi said Tuesday. “We have a great deal of work to do here for the good of the American people and we have to focus on that.”

When is the next episode of Big Brother? Season 21, Episode 7 on Big Brother schedule moved
Recent Posts