Many Inmates Fear Coronavirus Is The New Death Penalty

The journalists at BuzzFeed News are proud to bring you trustworthy and relevant reporting about the coronavirus. To help keep this news free, become a member and sign up for our newsletter, Outbreak Today

Back when he was convicted of a 1996 murder he said he didn’t commit, Antonio McDowell escaped the death penalty. Now, 23 years into his sentence — as evidence of his innocence mounts but so does the toll of an autoimmune disease that has ravaged his lungs — he’s not so sure he can dodge it again.

At least 95 inmates and 39 staff workers have tested positive for COVID-19, the disease caused by the novel coronavirus, at Stateville Correctional Center, 40 miles southwest of Chicago, where McDowell is serving a 103-year sentence. Two have died. The National Guard is building a field hospital on prison grounds as more inmates test positive for the virus. Over the weekend, terrified inmates pounded on their bars as a prisoner lay dead in his cell for what McDowell said was at least four hours.

“The fear of death, on top of being framed,” McDowell told BuzzFeed News from his cell, “I’m petrified.” 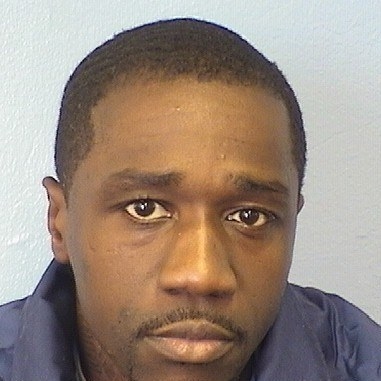 McDowell has served 23 years in prison for a murder he says he didn’t commit. He’s now in a prison with a COVID-19 outbreak and suffers from a lung disease that doctors say could complicate his health if he were to contract the disease.

Nearly 1.3 million inmates in state prisons don’t have the ability to socially distance or easy access to handwashing and other sanitary measures known to slow the spread of the virus, according to health experts. So prosecutors, defense attorneys, and judges nationwide are scrambling to review thousands of cases to screen for inmates who aren’t deemed public risks, are nearing the end of their sentences, and are suffering from underlying medical conditions that place them at higher risk of dying from COVID-19. The virus has shuttered courts across the country, bringing the appeals of McDowell and thousands of other inmates who insist on their innocence to a stop, adding yet another frustration.

McDowell has yet another concern: He was diagnosed with an autoimmune condition called sarcoidosis, in which tiny clusters of inflammatory cells collect most commonly in the lungs and lymph nodes. McDowell said doctors have told him that he has scar tissue that limits his ability to expand his lungs.

Dr. Peter Sporn, a professor at Northwestern Medicine, said those suffering from sarcoidosis are “likely to be at greater risk of severe complications” fromCOVID-19.

“The best practices that we’ve traditionally used in jails and prisons and detention centers to control infectious disease outbreaks are not enough,” said Dr. Scott Allen, cofounder and director of the Center for Prisoner Health and Human Rights. “The way this virus is spreading, people living in close quarters are at very high risk to spread it through a population of people, very quickly.”

Unlike jails, where most detainees are still awaiting trial or sentencing, those in prison have already been convicted.

Defense attorneys and inmate advocates across the country have flooded the offices of prosecutors and the inboxes of governors, seeking early release for inmates as the virus spreads.

In some places the public health crisis has pushed an issue prison advocates have been pleading for years: decarceration, particularly for sick, elderly, and nonviolent inmates. Kentucky Gov. Andy Beshear used his executive power to commute the sentences of 186 people convicted of felonies and announced plans to release 743 people who are within six months of completing their sentences. In Illinois, Gov. J.B. Pritzker Monday issued an order allowing medical furloughs for prisoners.

Meanwhile, in Chicago, a spokesperson for the city’s lead prosecutor, Kim Foxx, said her office “is urgently and thoroughly reviewing matters on a case-by-case basis.” One of the cases under review is McDowell’s.

He’s one of more than 50 people who claim that retired Chicago detective Reynaldo Guevara framed them for murder. A 2017 BuzzFeed News investigation found witnesses who said he pressured them into identifying his chosen suspect in lineups and dozens of inmates who claim he beat them into giving false confessions.

Guevara arrested McDowell in July 1997 for the murder of a man seven months earlier. McDowell didn’t fit the original descriptions of the killer, nor did police have any physical evidence. McDowell said the only reason he was in the police station was that he had been shot days earlier and police asked him to look at photo lineups. When McDowell refused to identify Guevara’s chosen suspect, the detective placed him in a lineup for the cold case murder. McDowell argues that Guevara retaliated against him for refusing to pick the suspect the detective wanted. An alibi witness maintains that McDowell was with him shopping at a mall across town at the time of the murder.

McDowell’s attorneys say they see echoes of other cases in which Guevara has been accused of misconduct. They’ve also found that not all evidence was turned over to the defense. Withholding evidence that could be beneficial to the defendant is against the law. For that reason alone, his attorneys argue, McDowell is at least entitled to a new trial.

The Illinois Appellate Court has called Guevara’s work “alarming” and a Cook County criminal court judge said the detective told “bald-faced lies.” Yet of the 58 people who told BuzzFeed News that Guevara framed them, at least 14 remain behind bars. At least one, Alfredo Gonzalez, a 62-year-old inmate at Stateville prison, has tested positive for the coronavirus. His co-defendant in the crime, Jose Maysonet, has been exonerated.

“We are pleading with the State’s Attorney’s Office to please take urgent action for those Guevara victims,” said Anand Swaminathan, one of McDowell’s attorneys. “Based on everything the State’s Attorney’s Office knows about detective Guevara, there are cases where the convictions could and should be thrown out immediately. We are afraid that unless urgent action is taken, these wrongful convictions will become death sentences.”

Twenty men who have accused Guevara of misconduct have had their convictions tossed. Foxx’s office has vacated 11 of those 20 and has established a task force to review the remaining cases.

If you’re someone who is seeing the impact of the coronavirus firsthand, we’d like to hear from you. Reach out to us via one of our tip line channels.

McDowell worries his review may come too late. Sporn, the Northwestern Medicine professor, said those suffering from sarcoidosis are “likely to be at greater risk of severe complications” from COVID-19.

Researchers have found that inmates tend to suffer from more ailments than younger counterparts and age faster than those in the general population — in turn, making the incarcerated more vulnerable to the worst of the virus.

But these health risks aren’t contained within prison walls, Allen said. When prisons — frequently located in rural areas with limited hospital space — experience an outbreak, “that results in a crush of people being sent to ER, and ultimately, some subset of them requiring care in an ICU or on a ventilator.” That takes up critical resources needed for the communities outside prisons.

That is what happened to the hospital closest to Stateville. The medical director at nearby St. Joseph’s Hospital said last week the facility was “overwhelmed” with inmates, its staff was “maxed out,” and nine inmates occupied a bulk of its ventilators. The Illinois health department has since worked out an arrangement to disperse sick inmates to other hospitals.

Meanwhile, McDowell has tried to make the best of his situation in prison. He’s earned his GED and is a few credits away from earning an associate’s degree from Northwestern University’s Prison Education Program. He’s also written a play that’s to be staged at Chicago’s Goodman Theatre in between working midnight shifts in the prison kitchen.

But the virus has brought most of that to a halt, leaving him with one task: trying to get his hands on his medical records that his attorneys say prosecutors require to review his case.

Chris Harrison on Kelley and Peter: She Wasn't a 'Good Fit' for 'Bachelor'