Robert Indiana and his artistic legacy have suffered many indignities since his death at 89 in his home in Maine in 2018.

Had the artist, in fact, designed much of his last work, been paid the full royalties due from business partners or been properly cared for in his last days, living alone in a ramshackle house on the island of Vinalhaven?

Those questions have been debated for years in Maine and New York courtrooms. Now, as perhaps a final indignity, the Maine attorney general’s office is saying the lawyers who charged $8.4 million to handle those legal matters, and others, for Indiana’s estate were significantly overpaid.

The attorney general’s office filed papers in Knox County Probate Court this week demanding that the executor of Indiana’s estate, James W. Brannan, a Maine lawyer, put back into the estate nearly half the money, $3.7 million, that he had paid out to seven law firms.

The reimbursement would help the foundation Indiana set up to bolster his artistic legacy after his death, Star of Hope Inc., which is the sole beneficiary of his will. The foundation is now renovating his sprawling home into a museum that features his work.

The attorney general’s office said in its filing that it had “provided the Estate with its expert’s detailed analysis of the excessiveness of the attorneys’ fees.”

Brannan has long defended the legal spending, suggesting that it was appropriate to the amount and complexity of the litigation in which the estate has found itself entangled. 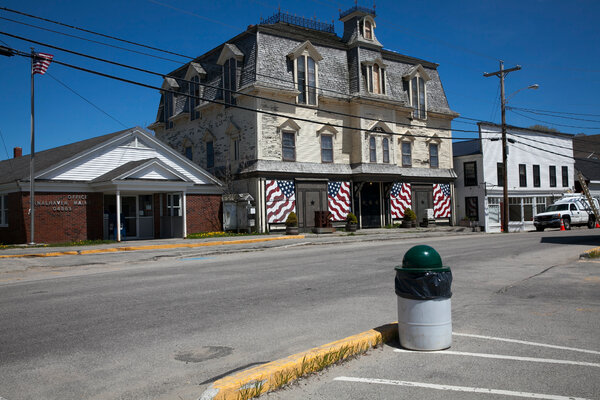 There is no question that the legal battles that erupted after Indiana’s death — over how he was treated in his lifetime, whether assistants created artwork under his name and who has the rights to his artistic legacy — have been protracted and expensive.

All sides have denied any wrongdoing, and those battles may be coming to a conclusion with a settlement being negotiated among most, but not all, of the parties.

Still, the filing puts a spotlight on Brannan, who as Indiana’s former lawyer and executor has been involved in the legal cases, hired the outside firms that acted on the estate’s behalf and authorized the payments.

The attorney general’s office had previously raised questions about the fees Brannan himself was earning as executor, or personal representative, and the impact the mounting legal bills were having on the foundation’s plan to create an Indiana museum.

“The attorney general remains concerned that the very existence of the foundation is threatened by the liquidation of estate assets,” the office said in court papers in January.

“Every dollar that is expended on lawyers and the personal representative’s fee is a dollar unavailable to fulfill that charitable purpose,” it said.

The foundation said in legal documents in November that by mid-October, Brannan had personally billed the estate more than $1.45 million. Those fees are separate from the $8 million paid to the outside firms.

The estate, with little cash at its disposal, has also sold works of art to pay legal fees and other expenses, which Brannan has defended as necessary but which the attorney general’s office said threatened the future of the foundation and its museum.

On Wednesday, Brannan’s lawyer Sigmund D. Schutz replied in court papers that the statute provided in Maine law that any refunds should come from those firms that had received any excessive compensation, not by the person who paid those fees. He asked the court to make those firms part of the legal proceedings in Maine.

Schutz said in an interview that Brannan’s own fees were not for him exclusively, but for his entire office. “It’s a reflection that this estate has taken over Jim’s entire practice,” he said.

Most of the overall costs were incurred in the New York litigation, and Schutz said the expensive legal work was justified and not wasted because the outcome might provide sizable financial benefits to the estate. The work the law firms have carried out, the legal filing said, “has been worth 50 to 100 million dollars to the Estate, meaning that the value of the Estate (reported as 90 million dollars on its federal estate tax return) may have doubled as a result of the litigation the personal representative has overseen.”

“It’s a myopic focus on the cost without a recognition of the enormous benefit that the estate stands to gain,” Schutz said in the interview.

But the attorney general’s office said responsibility for any overpayment to outside law firms lay with Brannan, saying that as the personal representative he “should not be permitted to evade his own responsibility by requiring the firms he overpaid to defend to the Attorney General or to the court the bills they submitted.”

Larry Sterrs, a veteran of Maine nonprofit management who is the chair of the foundation board, said he could not comment directly on the probate arguments because of confidentiality agreements. However, he said, “every dollar that the estate spends on litigation is a dollar that does not come to the foundation.”

He added: “Over time, the risk of litigation should lead to reward. We have not seen any reward yet.”

Other than transferring title to Indiana’s real estate on the island, the estate has made no disbursements to the foundation, he said, but he added that it had begun repairing Indiana’s former home using money left to the foundation by Indiana while he was alive.

Sterrs said the first stage of saving and stabilizing the Star of Hope building was finished. For example, the boards that had long covered the front of the house had been removed to show the original windows. But any further, major renovations would not begin until longer-term decisions had been made about how it will be used.

'RHOA': Why Kandi Burruss Is Considering Leaving the Show and It's Not Because of Phaedra Parks
Recent Posts