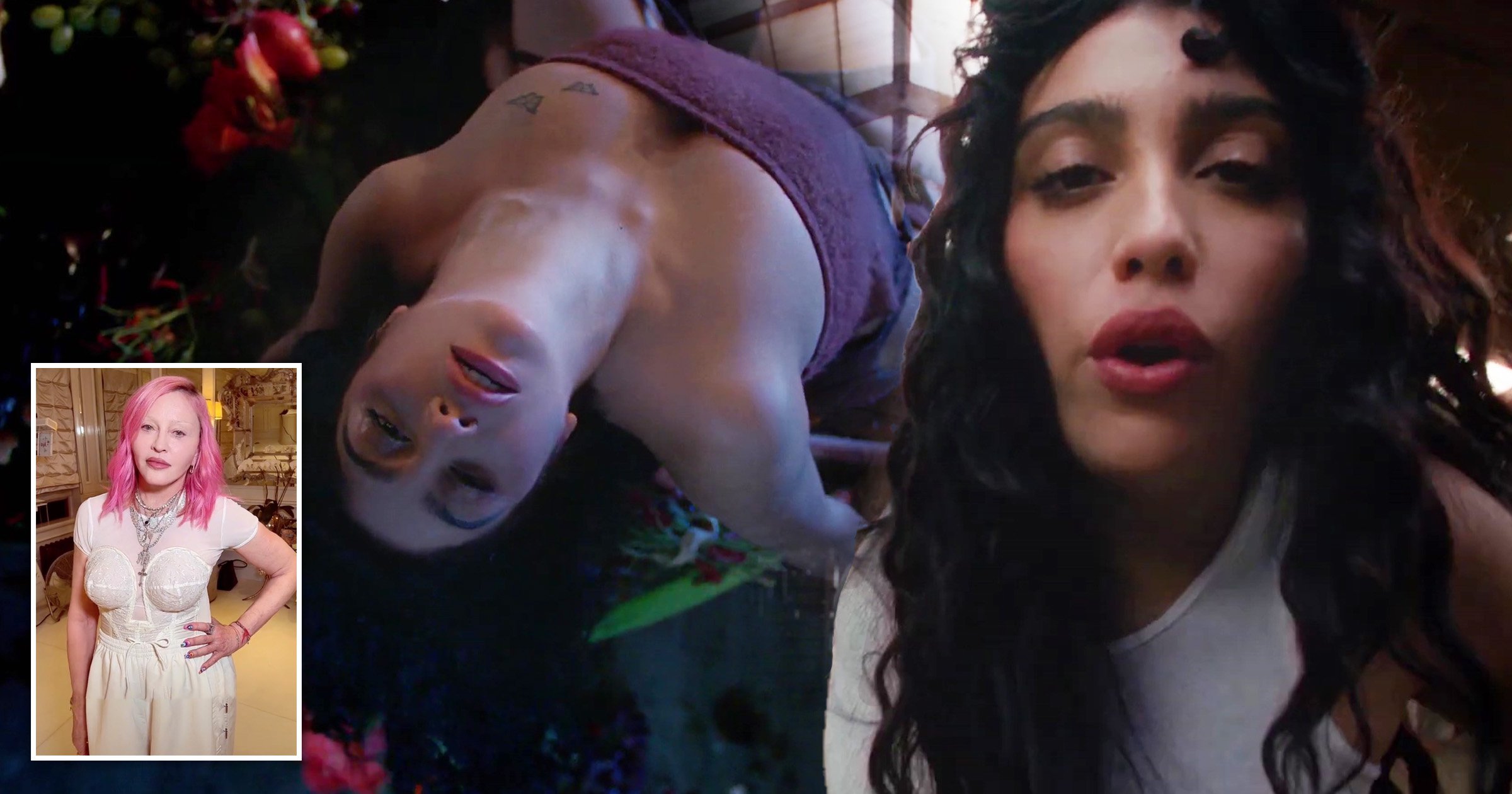 Lourdes Leon has well and truly emulated her mother Madonna in her racy new music video, and the apple really doesn’t fall far from the tree, does it?

Performing under the stage name, Lolahol, the 26-year-old released the video to the explicitly-titled song, er, C***tradiction on the Chemical X Records YouTube channel.

The sultry performance sees the pop offspring provocatively crawling through stables and gyrating on top of a table as she seduces the camera in revealing outfits.

Singing to a trance-like tune, Lourdes begins the video sitting on a mattress in a barn full of horses.

Batting huge eyes that are reminiscent of her mother Madonna, she continues swapping one risqué outfit for the next as she moves through locations in the barn setting.

The video was shot to illustrate her second single of the EP Go, released today.

Following the first track, Lock&Key, C***radiction couldn’t be more different to the upbeat club anthem that launched the starlet onto the music scene.

Slamming comments about her presumed lack of talent, Lourdes told Vogue she worked hard to dispel the illusion of a spoilt, rich kid she thought people had of her.

Letting the interviewer know she paid for herself to go to college, she shared: ‘People think I’m this talentless rich kid who’s had everything given to her, but I’m not.’

In addition to her music career, Lourdes has dabbled in the fashion world, starring in campaigns that include Marc Jacobs and Rihanna’s Savage X Fenty show.

Following in her mother’s footsteps, the star is beginning her step onto the music charts around the same age Madonna did when she was 25.

What appears to be a nod to her progressive mother, similarities can be seen between the icon’s early sex-positive 90s career and Lourdes’s introductory portfolio.

The singer is the oldest of Madonna’s six children and her only one with Carlos Leon, a Cuban actor and the star’s former personal trainer.

Lourdes grew up with five other siblings, Rocco, David, Mercy and twins Stella and Estere.

The Queen of Pop has hit headlines in recent years for her relationships with younger men.

Calling it quits with Ahlamalik Williams, a tour backup dancer 36 years her junior, she sparked new romance rumours when she was seen cosying up to 23-year-old model Andrew Darnell.