LeBron James praised Don Cheadle, saying Tuesday night that it was an honor to work with the Oscar-nominated actor on their new movie, “Space Jam: A New Legacy.”

The Los Angeles Lakers star told comedian Arsenio Hall, who was serving as a guest host on “Jimmy Kimmel Live,” that Cheadle is “so talented.”

“It was such an honor, just being on set with him, seeing his cadence, seeing his presence… seeing how he works with other people on set. He’s a beast, I love that guy, he’s a great guy,” he said.

James plays himself in the long-awaited reboot of the 1996 film that starred basketball legend Michael Jordan. Cheadle plays Al G. Rhythm in the new movie, which will hit theaters and be available for streaming on HBO Max on Friday. 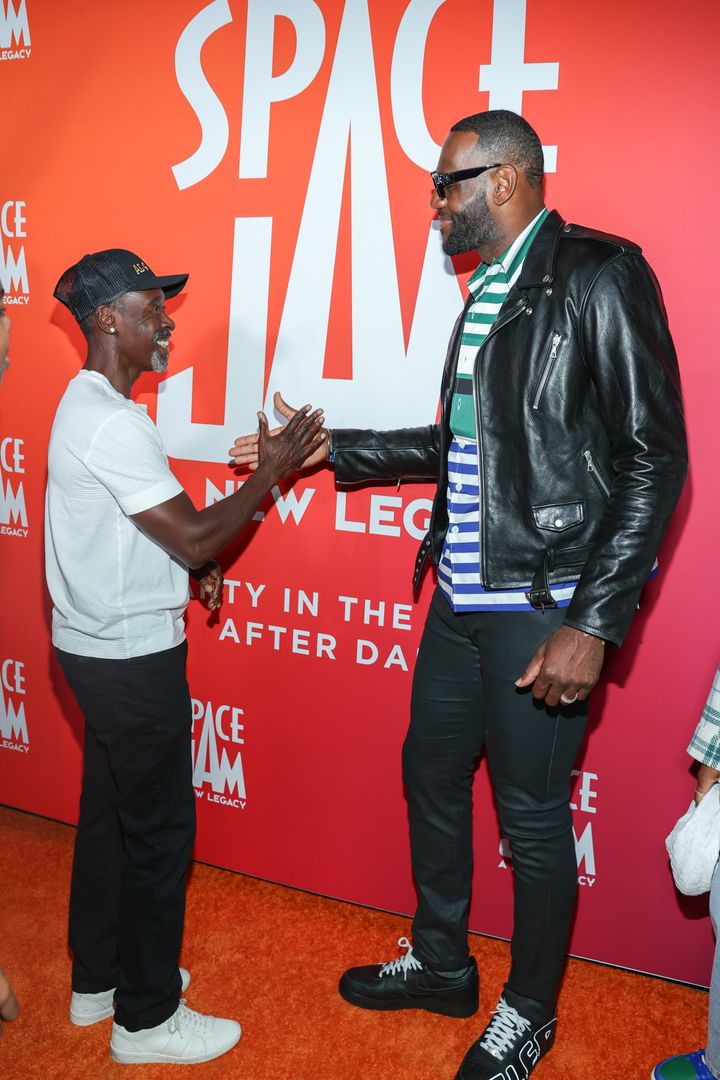 Cheadle also received wide recognition this week for his work on the small screen.

The Oscar-nominated actor scored his 11th Emmy nomination on Tuesday for briefly reprising his role as Marvel character James Rhodes in the first episode of the Disney+ series “The Falcon and the Winter Soldier.”

Cheadle, who appeared in the episode for less than five minutes, seemed somewhat surprised about the nomination. He tweeted Tuesday that he didn’t “really get it.”

“Buuuuuuuuuut on we go …” he continued.