With Kim Kardashian moving forward with her divorce from Kanye West, fans are now focused on who she might date next. While West reportedly wants to romance “an artist” the next time around, many on social media are circling back to CNN personality Van Jones for Kardashian because of her continuing interest in pursuing her law degree. 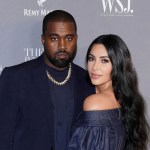 The rumors about the two originated in early January amid the Kardashian/West split, but their friendship goes back to 2018 when they were keynote speakers at Rolling Stone’s Criminal Justice Reform Summit. Jones also had the Keeping Up with the Kardashians star on his show to talk about her work with prison reform. Beyond the fact that both of them are currently single, we have no evidence that they have dated in the past — but what about now?

The rumors are starting to heat up that they’ve found a cute Legally Blonde love match, per Page Six. Neither party has confirmed the news, but that hasn’t stopped social media from commenting on the idea of them together. They are being downright cruel in suggesting that Kardashian is using Jones to get the law career she wants. The accusation stings, especially when she’s been pretty focused and serious about following in her father, Robert Kardashian’s, legal footsteps. “People are gonna look at Kim as using Kanye to advance her in the fashion world and using Van Jones to help advance her into her next career field in law,” wrote one Twitter account.

If Kardashian and Jones are dating, couldn’t it be that their interest in the law is what brought them together instead of just assuming a woman is using a man to get something out of him? We have to remember that Kardashian is a successful businesswoman in her own right and she doesn’t need Jones to elevate her shine — she’s doing just fine, thank you very much. And would anyone say Jones is using Kardashian to jump to the next level of fame? Probably not, because that is sexism at play here.

Maybe we should all take the approach of another Twitter user, who wrote, “Van Jones is a good choice. A smart stable guy. He’s a good guy and he has his own money. You would make a nice couple.” Let the two of them decide what works for them — legal buddies, friends with benefits, or a steady relationship. As two very successful public figures, I think they can manage it without the unnecessary commentary.

Before you go, click here to see all the celebrity couples with the best stories behind how they met.

'Bringing up Bates': Carlin Bates Suggest There Will Be 2 Bates Family Weddings This Year