After Meghan Markle visited Uvalde, Texas after the tragic mass shooting at the Robb Elementary School to pay her respects, there is one person in the royal family who reportedly had her back: Kate Middleton. While some royal watchers criticized the Duchess of Sussex for even making the trip in the first place and labeling it a PR stunt, one expert is explaining why Kate supported Meghan’s respectful moment.

According to Christopher Andersen in his new book, The King: The Life of Charles III, via an excerpt obtained by Newsweek, there was a reason “none of the senior royals stepped forward to criticize Meghan’s decision to visit Uvalde.” The author wrote, “Charles and the Cambridges in particular were shaken by what had happened—a stark reminder that thousands of Americans were losing their lives to senseless gun violence every year.” In addition, “Kate told a friend that she understood why Meghan, as an American and the mother of two young children, would feel compelled to show up in person.” 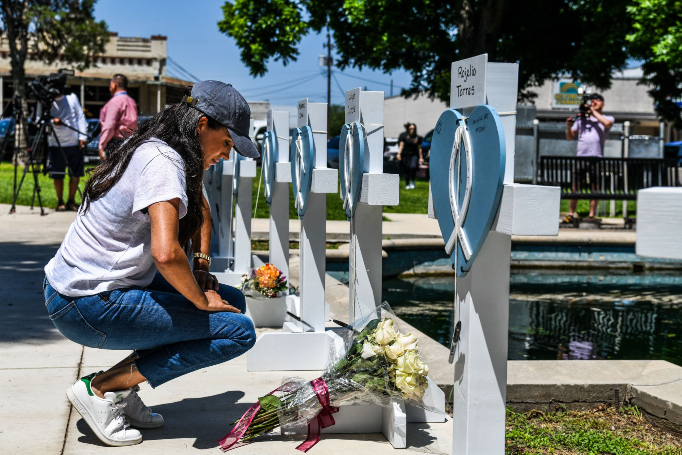 Anyone who follows the royal family knows that the Princess of Wales made her own “unannounced” appearance to “a candlelight vigil in London for a young woman [Sarah Everard] who had been murdered by a police officer.” There are times in both Kate and Meghan’s lives where they feel compelled to do something outside of their public protocol. But Andersen is calling out the “glaring difference” over how their two trips as private citizens were covered by the media. Andersen noted that “Kate had not been subjected to the sort of blistering criticism now aimed at her American sister-in-law.”

The King: The Life of Charles III

So both women should have the space to grieve, mourn, and honor people when they are moved to do so. It doesn’t always have to be an official appearance — and it certainly shouldn’t be labeled a PR stunt every single time. Sometimes it’s just about having for empathy for others.

Before you go, click here to see the craziest conspiracy theories Meghan Markle has faced since becoming a royal.

Before you go, click here to see the craziest conspiracy theories Meghan Markle has faced since becoming a royal. 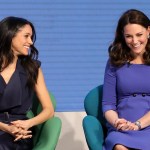