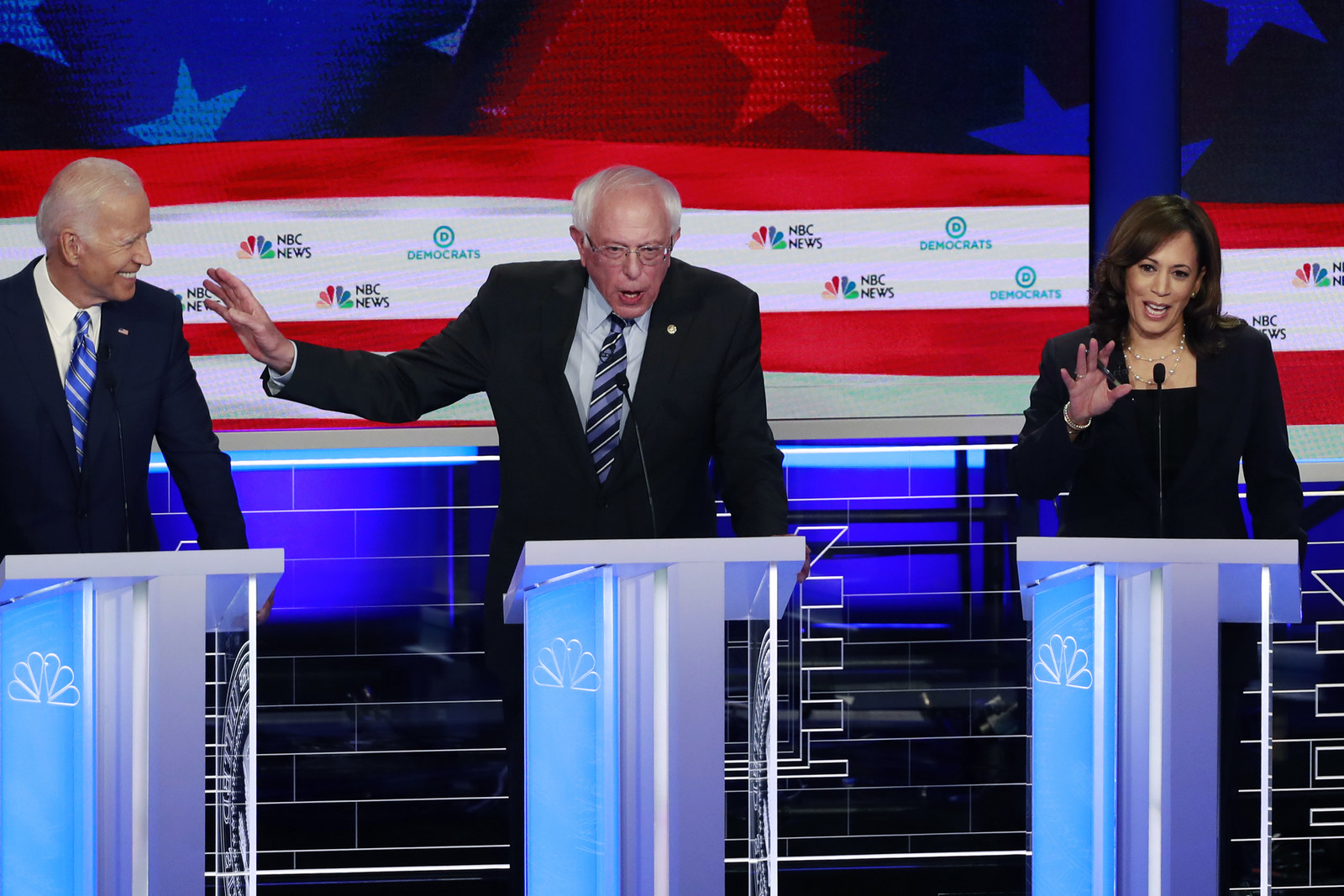 Over and over again on the campaign trail, Democratic say the same thing about Sen. Kamala Harris: They want to see her on the debate stage next to President Donald Trump.

On Thursday, Harris offered the American public a taste of what that would look like, taking control of a crowded Democratic debate that was expected to be dominated by two older white male frontrunners, former Vice President Joe Biden and Sen. Bernie Sanders.

Harris’s debate performance culminated in a fiery, emotional, and uncharacteristically personal exchange with Biden over segregation and busing, one in which Harris spoke about her experiences as a black child in Berkeley, California.

After months of steady but unremarkable showings in the polls, Harris has been looking for a moment that would clearly separate her from the 23 other people running for the Democratic nomination.

Just a few minutes into the debates, Harris quieted the noisy, squabbling row of nine other Democrats around her with a sharp line that somehow hit right when everyone else stopped speaking: “Hey guys, you know what? America does not want to witness a food fight, they want to know how we put food on their table.” She turned a question about how to pay for plans like universal health care back on the debate moderators, asking why the question wasn’t asked of Republicans promoting their recent tax bill.

But it was Biden, who took flak last week for praising the ability to work with two pro-segregation politicians, who offered Harris her biggest moment.

After another candidate, Marianne Williamson, answered a question about reparations for slavery, Harris jumped in, asking for a chance — as the only black candidate on the stage — to offer her own perspective.

“I will direct this at Vice President Biden,” Harris said. “I do not believe you are a racist, and I agree with you when you commit yourself to the importance of finding common ground. But I also believe — and it’s personal — that it was hurtful to hear you talk about the reputations of two United States senators who built their reputations and career on the segregation of race in this country.”

Harris has sometimes hesitated to talk at length about her personal experiences, especially her identity as a black woman — the first to run for president as part of a major party since 1972. But she has been increasingly weaving her biography into her campaign, an attempt to connect particularly with black voters.

“You also worked with them to oppose busing,” she said to Biden, referencing the former Delaware senator’s history of opposing federally mandated school integration plans.

“There was a little girl in California who was part of the second class to integrate her public schools, and she was bused to school every day,” Harris said. “That little girl was me. So I will tell you that on this subject, it cannot be an intellectual debate among Democrats. We have to take it seriously. We have to act swiftly.”

Biden, appearing rattled, called Harris’s words a “mischaracterization” of his position on busing and segregationists. He said he had only opposed the Education Department’s mandated busing programs.

Harris’s campaign sees the California senator’s ability to take on Trump as one of her biggest strengths, and has tried to highlight her contrast with the current president. But that quality is also seen by many voters as the biggest strength for Biden, the current Democratic frontrunner.

Harris has shaped her public image with moments on the Senate Judiciary Committee, where she has become known for sharp questioning of Trump administration figures like former attorney general Jeff Sessions and then Supreme Court-nominee Brett Kavanaugh.

It is those exchanges, her supporters say, that make them want to see Harris take on Trump. In recent months, she has begun to promise to “prosecute the case against Donald Trump.”

At one point, Harris and California Congressman Eric Swalwell were locked in a game of chicken, each talking loudly over one another for a stretch of several seconds as they fought for air time. Swalwell stopped speaking. Harris continued.

More on the Democratic debates

Taking the mic: how to master the DIY podcast
Recent Posts