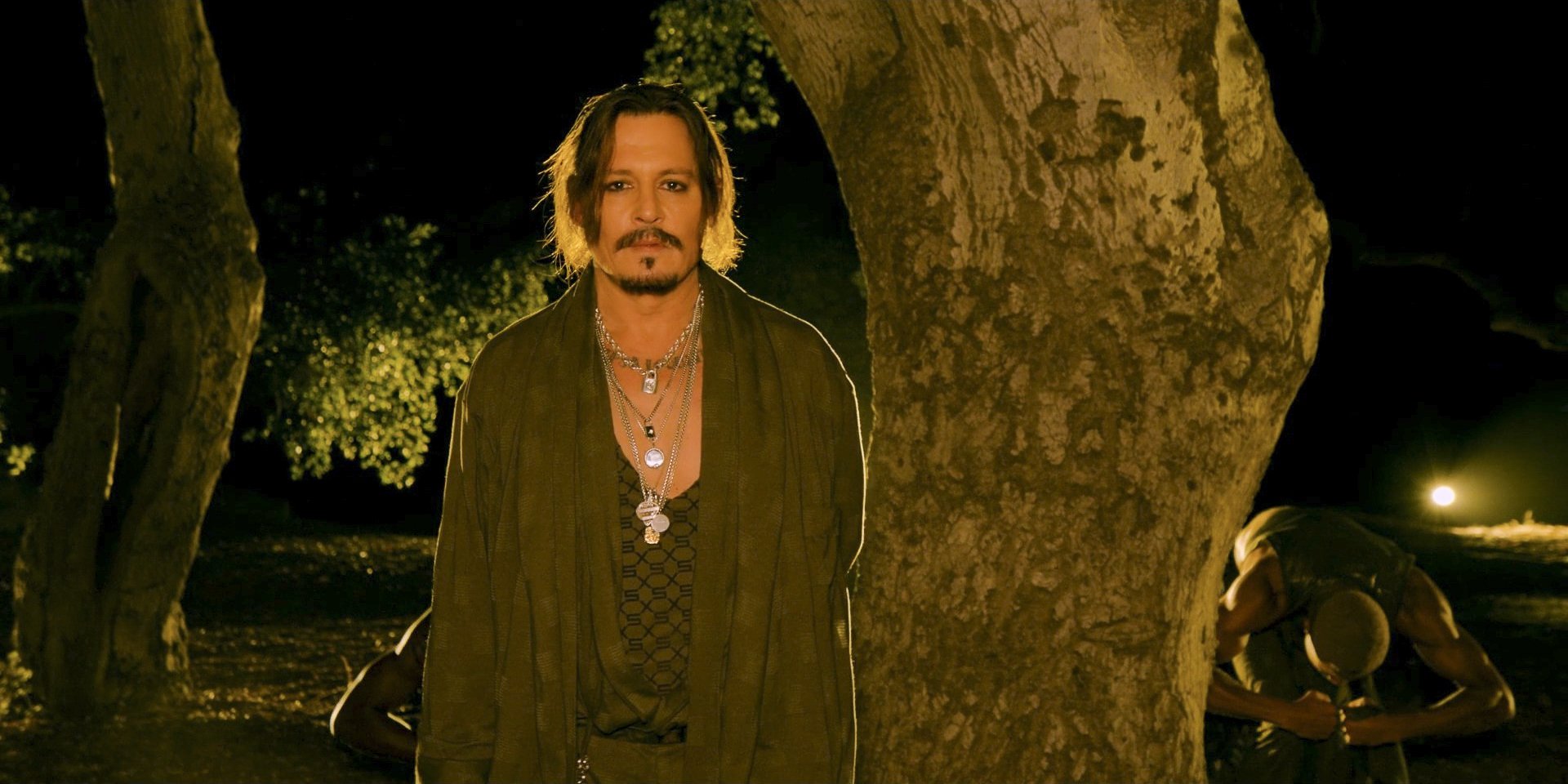 Johnny Depp commanded the runway as he made a special appearance in Rihanna’s anticipated Savage x Fenty fashion show.

This came despite mounting backlash from critics who questioned Rihanna’s decision to cast Depp in the show in light of his bombshell libel trial against ex-wife Amber Heard this summer, which revealed shocking details of their tumultuous marriage.

Burna Boy, Anitta, Maxwell and Don Toliver took charge of performing while Rihanna herself opened the show with a runway strut.

However, all eyes were on the moment Depp, 59, made his brief appearance which saw him standing in the middle of the forest surrounded by male shirtless dancers. The Pirates of the Caribbean actor strutted towards the camera intently staring ahead as Outkast’s classic hit So Fresh, So Clean soundtracked his walk.

After sporting a bare face in recent weeks, the Hollywood star grew out a goatee and pulled his hair back in a messy ponytail. He wore the green Sheer X Smoking Jacket teamed with the Sheer X Sleep Pant from Rihanna’s unisex collection, as well as a vest top which boasted a plunging neckline.

Stephen Colbert On Election Results: In Accordance With Florida Law, Charlie Christ Will Be Forced On A Plane & Flown To Marthas Vineyard