We’ve heard of Love in the Time of Corona, and now it seems as though Tom Cruise has found love on the set of Mission: Impossible 7 with co-star Hayley Atwell. In new photos published by The Sun, Cruise and Atwell can be seen getting cozy on the job and holding hands. The news comes amid a viral audio clip of Cruise yelling at crew members for not following COVID-19 protocols. According to The Sun, the controversy resulted in the star shutting down filming and taking an early holiday vacation with his son, Connor.

A source told the outlet that Cruise and Atwell have become “fairly inseparable” and that they “hit it off on day one” (despite their 20-year age gap) and chalked up their quickly formed relationship to, ironically enough, COVID-19 restrictions. 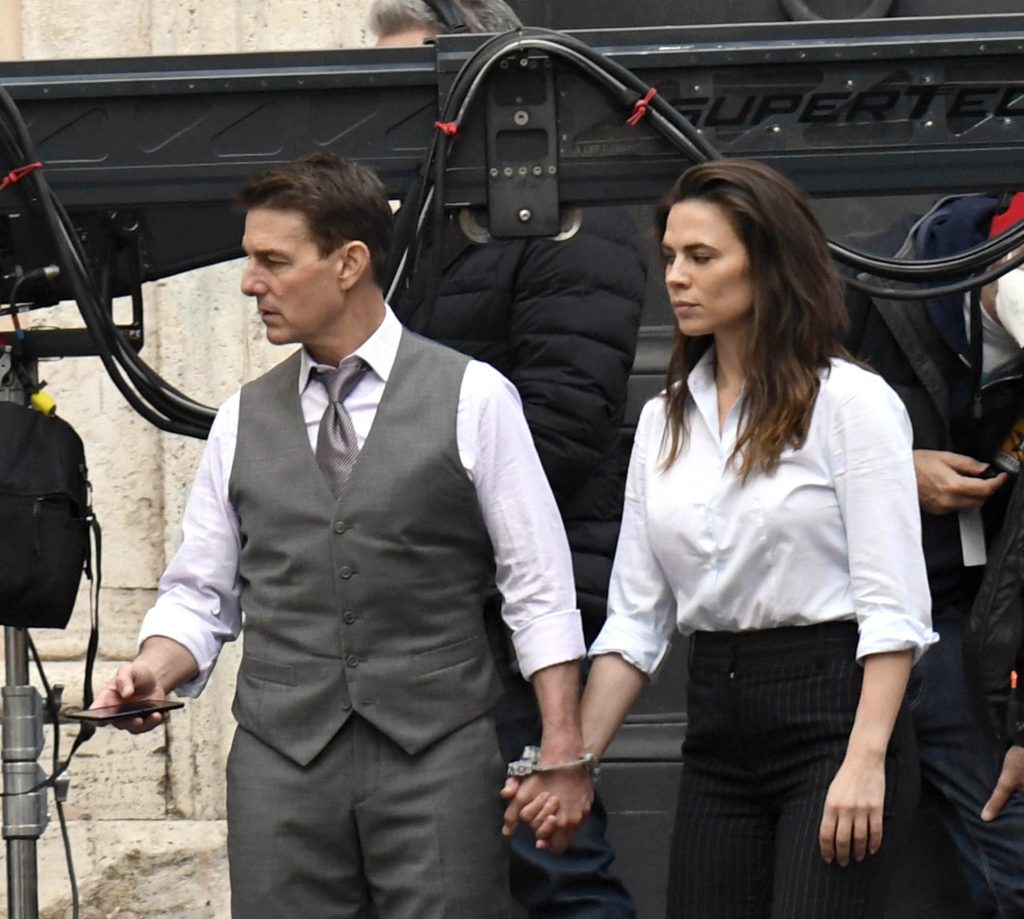 The restrictions, according to the source, and hence, lockdown, are to thank for the reason that the two have been able to spend more time together. “Lockdown, and all the difficulties that came with it, brought them even closer and they’ve become fairly inseparable,” The Sun’s source added.

They continued to say, “They’ve been meeting up after hours, and she’s been to his London pad. They get on brilliantly, and both seem very happy.”

People on the internet have already chopped their romance up to be a well-timed publicity stunt — aimed to take the heat away from the viral audio.

Atwell and Cruise’s romance won’t be the first time Cruise has been linked to one of his fellow stars, of course. So perhaps the actor just has a big thing for leading ladies. However, he’s also no stranger to needing to escape tabloid drama.

Guess we’ll just have to wait and see where this relationship goes!

Click here to see all the celebrity couples who met on set.