Insecure Showrunner Prentice Penny Reveals He Wrote 3 Finale Endings, and I Want to See Them 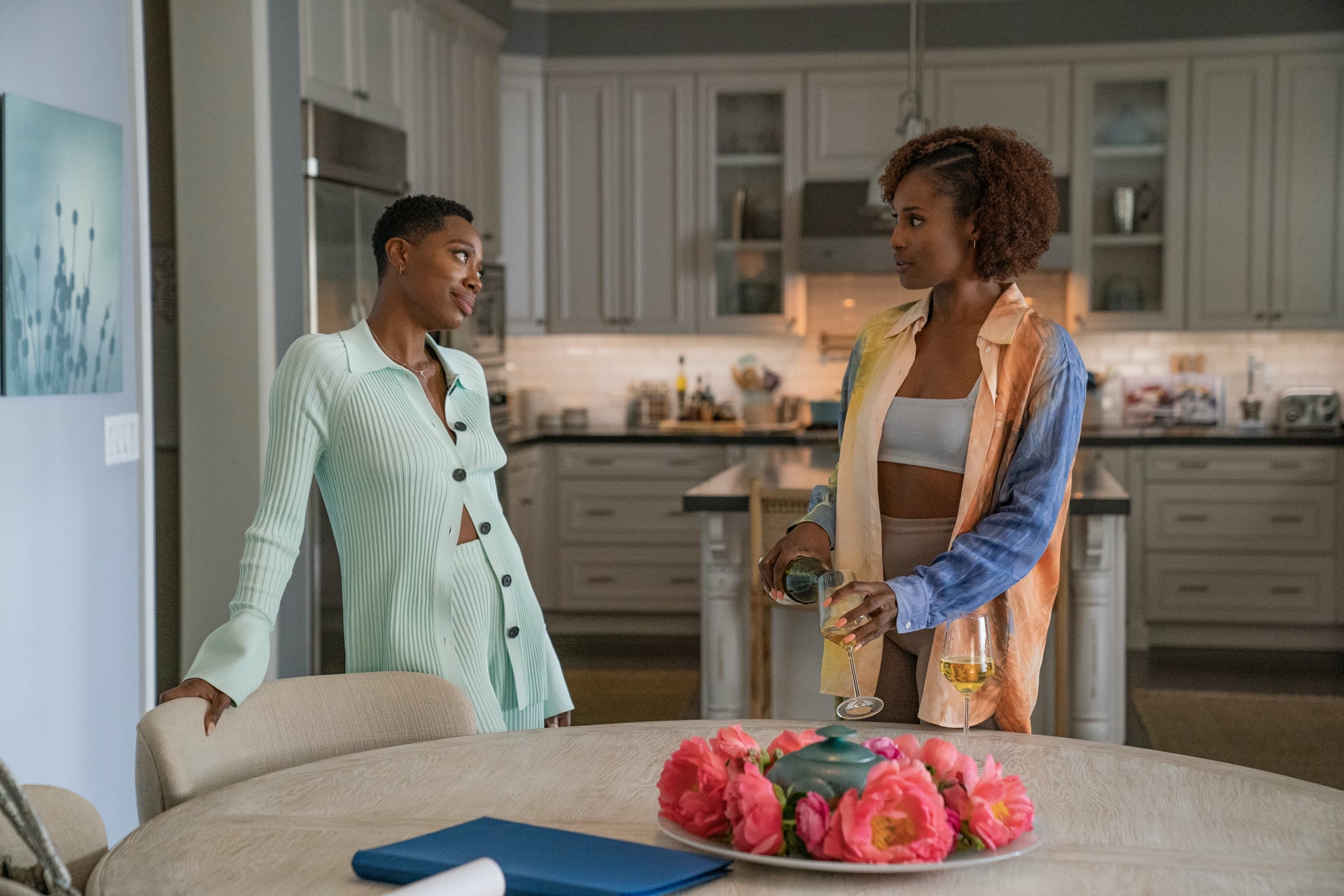 Admit it, we were all a bit worried about how Insecure was going to wrap up all the loose ends during season five. Was Issa Dee (Issa Rae) going to stay with Nathan (Kendrick Sampson)? How is Tiffany (Amanda Seales) doing with life in Denver? Is Molly (Yvonne Orji) going to get her happily-ever-after with Taurean (Leonard Robinson)? What happens with Kelli (Natasha Rothwell)? She was having so much growth! Well, in the season finale on Dec. 26, showrunner Prentice Penny gave us answers to all those questions. Issa and Lawrence (Jay Ellis) chose each other once more, Molly and Taurean get married, Kelli falls in love with a man named Desmond (James Bland) and they’re expecting a baby, and Tiffany is struggling in Denver and is pregnant with her second child with Derek (Wade Allain-Marcus).

Overwhelmingly, fans were happy to see how the series unfolded. But some weren’t enthused about Issa and Lawrence being together in the end and others wanted to see more detailed storytelling of how Kelli met Desmond. Penny admitted on Twitter that she wrote three different endings out of fear fans would be disappointed. “Just so you know. WE AGONIZED on the finale and wrote three versions before we landed on this. #InsecureHBO,” Penny said. He added, “I’d be lying if I said I wasn’t stressed how the finale was received. I did NOT want to direct it. I was scared of the heat it would get if it didn’t measure up. Which is the exact reason why I know I needed to. So glad y’all received it in the spirit it was made. #InsecureHBO.”

I, for one, was happy with the ending. It showed that life doesn’t have to be fully figured out by 30 and that there’s always room for growth. I’m still crying that it’s the end! So Prentice, can you release the alternate finales as compensation for my pain?

Kylie Jenner got a small orange kitten for Christmas, was it for Stormi?