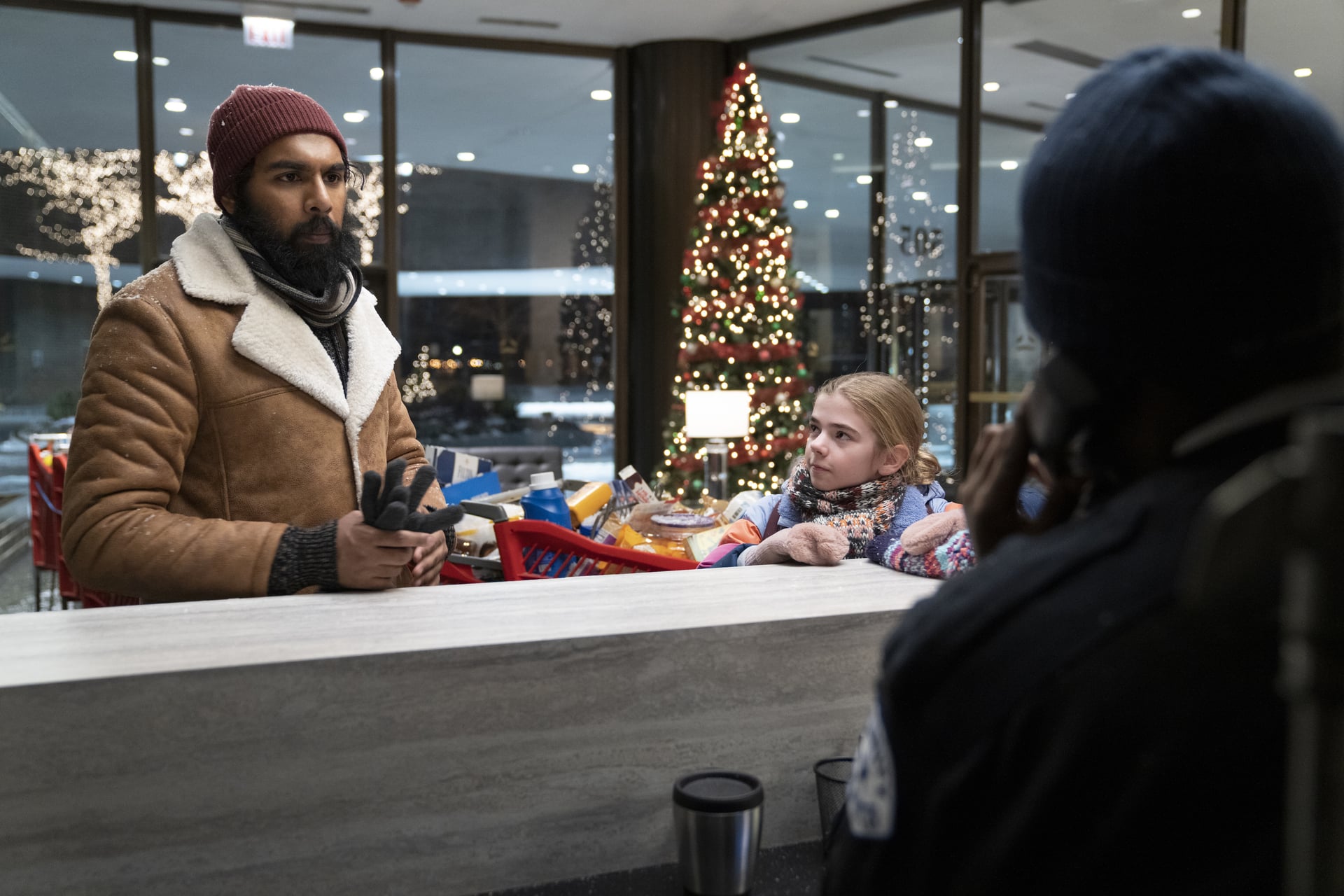 Himesh Patel is no stranger to starring in films involving life-altering natural disasters. He was one of the few people in the world who kept his memory after an eerie global blackout in 2019’s Yesterday. Patel appeared this winter in the critically acclaimed Netflix film Don’t Look Up, in which a somehow highly debated comet inevitably obliterates the world. And while he claimed to have been the songwriter of The Beatles’s greatest hits or was a not-so-great blogger boyfriend in past films, it’s his role in the HBO Max hit, Station Eleven, where we see Patel’s humanity shine through.

Patel plays Jeevan Chaudhary, the least likely samaritan in Station Eleven. As the world gets overrun with a mysterious deadly virus, Jeevan finds himself stepping up in ways he never thought possible. He jumps on stage during a theater performance —with no EMT training— to help Authur Lander (Gabriel Garcia Bernal), a Shakespearean performer who suffered a heart attack on stage. He encounters young actor Kirsten (Matilda Lawler), who has no one to look after her. Over the course of the series, Jeevan becomes an unlikely coparent to Kirsten, along with his brother, Frank (Nabhaan Rizwan). Through Patel’s portrayal, we watch a character with no prior responsibilities step up and take action to protect people, even if he didn’t know exactly how to do it. “He wants to help,” Patel told POPSUGAR. “He wants to do something; he wonders why everyone’s just sitting doing nothing.”

Station Eleven —the book — was written by Emily St. John Mandel in 2014, well before the global COVID-19 pandemic. Last year, the popular book came to life on the small screen with a cast that includes Patel, Garcia Bernal, Lawler, MacKenzie Davis, and The Harder They Fall juggernaut Danielle Deadwyler. And while we watch the horrific consequences of a too-close-to-home global pandemic, it’s the everyday scenes that are the most relatable. In one episode, Frank breaks out into a full-on performance of A Tribe Called Quest’s “Excursions,” with Jeevan and tiny Kirsten providing dance moves. Patel told POPSUGAR it’s also one of his favorite moments in the series. “It’s just sort of evolved into that moment,” he said. “Incorporating Nabhaan’s ability and making it this sort of euphoric moment. It’s one of my favorite moments, and I think Nabhaan is amazing.”

The series diverts from the book’s storyline, expanding Jeevan and Kirsten’s journey together. The youngest star in the series, Lawler has massive acting chops that impressed the entire cast. “She’s a really special one. I knew it from the moment that we met,” Patel said of his costar. “She just had a different energy, and she knew what she was about. As a performer, she knows what she’s about, she knows her craft, she knows what she’s doing, but is still curious, still clearly wants to learn as much as possible. She’s about the work; she’s not about anything else. And I really love that about her; she was just brilliant to work with for all those reasons. She made me up my game.”

Jeevan’s character resonates so strongly with Station Eleven viewers because he forces us all to confront the age-old question: what do you do if your life depended on it? Jeevan chooses to step up, even when it would seem like he wouldn’t be the guy you’d consider the hero. “In episode one,” Patel said, “when we track his sister for a little bit, she says, ‘You know I’ve got a brother who won a Pulitzer and one who eats cereal for dinner, and I don’t know why I called the second one.’ But it’s because she knows that his impulsive nature will mean he’ll get stuff done. And that is what carries them through. It’s what helps them survive ultimately is that he, his impulsive nature, his instinct.”

It would be hard to speak with Patel, the pandemic and natural disaster survivor of Hollywood, and not ask him how he balances these roles while living in an actual global pandemic. For Patel, it’s about finding separation. “As actors, we dive into imaginary worlds, and you almost have to be ignorant of the parallels when you’re doing it,” he explained. “And though ultimately I know that our showrunner and various other creatives were not ignorant to it — they couldn’t be, they had to be aware of and sensitive to it. As an actor, you kind of just go, ‘OK, if you can take care of that, then I will just separate myself and be the character and remain within the fiction of it all.’ And I suppose that’s what I had to do.”

One inescapable part — on set or off — is the amount of quarantining necessary even to film. Patel said the start and stop of filming Station Eleven due to COVID-19 lockdowns were difficult. “Toronto [where Station Eleven filmed] was in lockdown the whole time. We were away from our loved ones, for me in a city I’d never been in before,” Patel said. “We couldn’t go anywhere; we couldn’t hang out outside of work, we couldn’t do anything. And that wasn’t easy. And so the reality was always there; you couldn’t get away from it even on set.”

And just as we’re experiencing a real-life pandemic in its third year, the cast and crew did find a way to make it work as safely as possible. “Eventually, I found a way to sort of start to connect with the crew and stuff, which I like to do, but it was hard initially because there’s just a barrier with the visors and the masks and protocols that we all have to follow,” Patel shared. “So it wasn’t easy, but certainly we made it work, and it was kind of really moving to me in so many ways the way that people came together and made this stuff work.”

Jeevan reminds us that we all have the ability to step up in any situation, even when it’s hard. And when it’s possible — and it’s always possible — make some time to break out into a rap cypher with your loved ones.

The season finale of Station Eleven premieres on HBO Max on Thursday, Jan. 13.

When does Cheer season two premiere?