Home » Entertainment » How Can You Put ‘Life of Pi’ Onstage? With Puppets How Can You Put ‘Life of Pi’ Onstage? With Puppets

SHEFFIELD, England — In 2001, Yann Martel’s internationally best-selling novel “Life of Pi” asked the question: What would happen if a teenage boy and a 450-pound tiger were stranded on a lifeboat for 227 days? Now, a new theatrical production is trying to answer another question: How on earth would you put such a story onstage?

With a 44-pound tiger puppet, that’s how.

Manipulated by three puppeteers, the tiger in “Life of Pi,” playing at the Crucible Theater in the northern English city of Sheffield through July 20, is fast and flexible enough to prowl and pounce across the stage. The eye quickly tunes the handlers out, and every flick of the tail feels full of life.

The production opened this month to shining reviews: The critic of The Daily Telegraph called it “a worthy successor to ‘War Horse,’” the Tony Award-winning play that also used animal puppets to striking effect.

“Life of Pi” begins in a zoo in Pondicherry, India, in 1976; in the face of political upheaval, the family of the 17-year-old Pi decide to relocate to Canada, taking with them their animals — including giraffes, orangutans and zebras — all created in the play through puppetry. When the family’s ship sinks, only Pi survives, on a lifeboat he must share with the tiger.

“We wanted something muscular and vivid and dangerous — my horror is people calling my puppets cute,” the production’s puppetry director Finn Caldwell said by phone. Mr. Caldwell performed in the original production of “War Horse,” at the National Theater in London, and has since made puppets for “The Light Princess” and “Angels in America.” 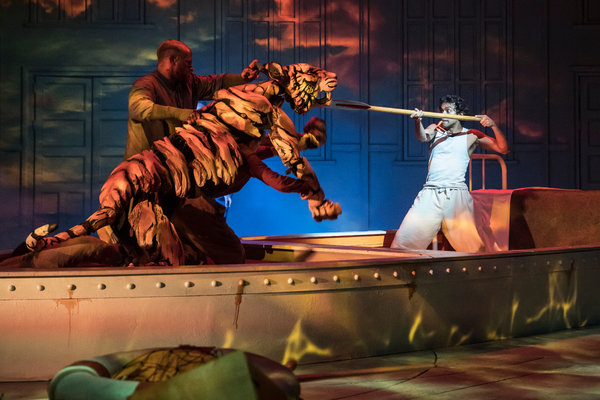 The playwright Lolita Chakrabarti, who adapted Mr. Mantel’s work for the stage, said that the show’s creative team immediately settled on using puppetry when it came together in 2017. Ms. Chakrabarti was approached by the theater producer Simon Friend about adapting the book; the director, Max Webster, brought Mr. Caldwell on board.

“I’d loved the book when I read it in 2002, and without really any idea how I was going to do it, I said yes,” Ms. Chakrabarti said in an interview. Mr. Martel gave her his blessing, she said. “He just said: Take it, do what you feel, and good luck,” Ms. Chakrabarti recalled.

Designing any animal puppet always begins with research into the real creature, Mr. Caldwell said. The internal frame for the tiger was based on an the animal’s skeleton, and constructed of wood and aluminum, he explained, and the joints were made with elasticated bungee cords.

“It’s what we call a universal puppet, capable of everything that the live creature would be,” Mr. Caldwell said. “The tiger has to be able to look seasick, to attack with great speed, to turn tight circles on that lifeboat,” he added.

Putting someone inside the puppet (the actress Kate Colebrook) meant it could move quicker than any other Mr. Caldwell has designed, he said. “Kate can swing a tiger’s paw as fast as she can swing a punch,” he added.

Ms. Colebrook has worked with Mr. Caldwell before, but many of the cast were operating puppets for the first time. It’s a huge challenge, Mr. Caldwell said, and the actors worked long hours to get up to scratch.

Backstage before a performance last week, the puppets hung lifeless in the wings. Although made from a lightweight material called Plastazote, which can be sculpted and painted, they’re designed to look like they’re made of driftwood.

Emma Cook, a stage manager, shone a flashlight into the tiger’s mouth and tested its joints to make sure every cord and screw was secure.

“Before the show, we have to go through every nut, bolt, bungee, to make sure they’re not falling apart,” Ms. Cook said. “Despite that, sometimes things go wrong,” she added. “A nut came off a zebra in a preview, but the leg stayed on.”

Rob Hastie, artistic director at the Crucible, said during the backstage tour that “Life of Pi” was a leap of faith for the 980-seat theater. “We try to do as much new work as possible, but even a title as acclaimed as ‘Life of Pi’ comes with a lot of risks,” he said. With an untested script, experimental puppetry and a cast that had to be specially trained, it was a show in which lots could go wrong.

But when he first saw the tiger spring to life onstage, he said, he knew all would be well.

“I had the same reaction as our audiences, really: just a sense of wonder,” Mr. Hastie said, adding that he hoped the show would have a further life after its Sheffield run. Given its success, a West End transfer surely calls.

Life of Pi
Through July 20 at the Crucible Theater in Sheffield, England; sheffieldtheatres.co.uk. 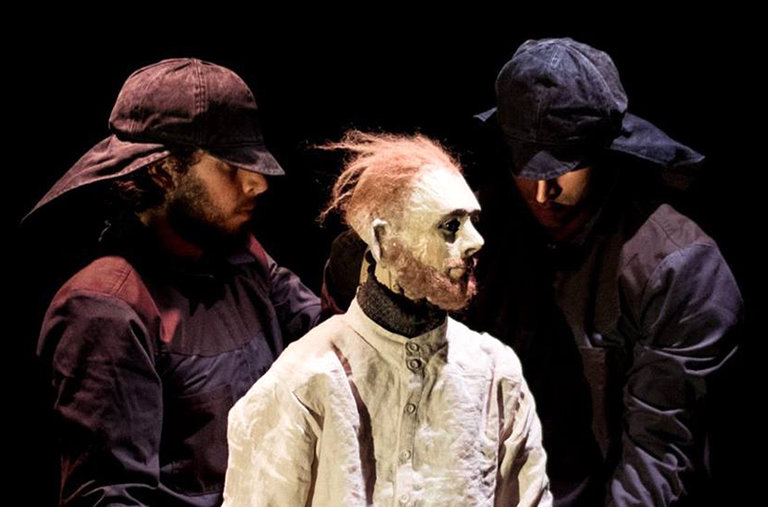 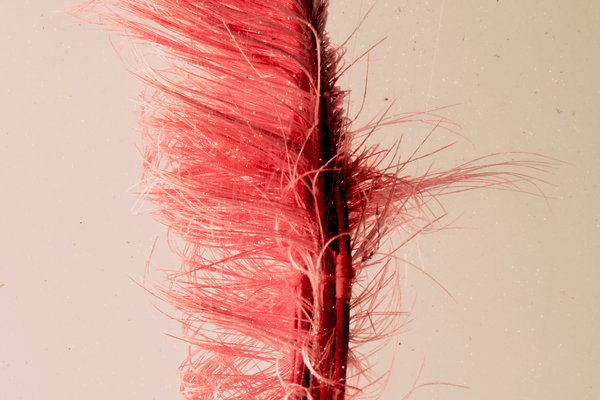 Love Island 2019: Are the Love Island cast allowed to smoke in the villa?

“Women could do these jobs”: Meet the trail blazers behind the historic Apollo 11 launch
Recent Posts