Sending love to Leo DiCaprio! Brad Pitt presented the Academy Award for Best Actress in a Supporting Role at the 2021 Oscars on Sunday, April 25.

The 57-year-old actor looked dapper in a black tux with his hair pulled back at Union Station in Los Angeles to present the trophy to Youn Yuh-jung for her role in Minari. Maria Bakalova, (Borat: Subsequent Moviefilm), Glenn Close (Hillbilly Elegy), Olivia Colman (The Father) and Amanda Seyfried (Mank) were also nominated. 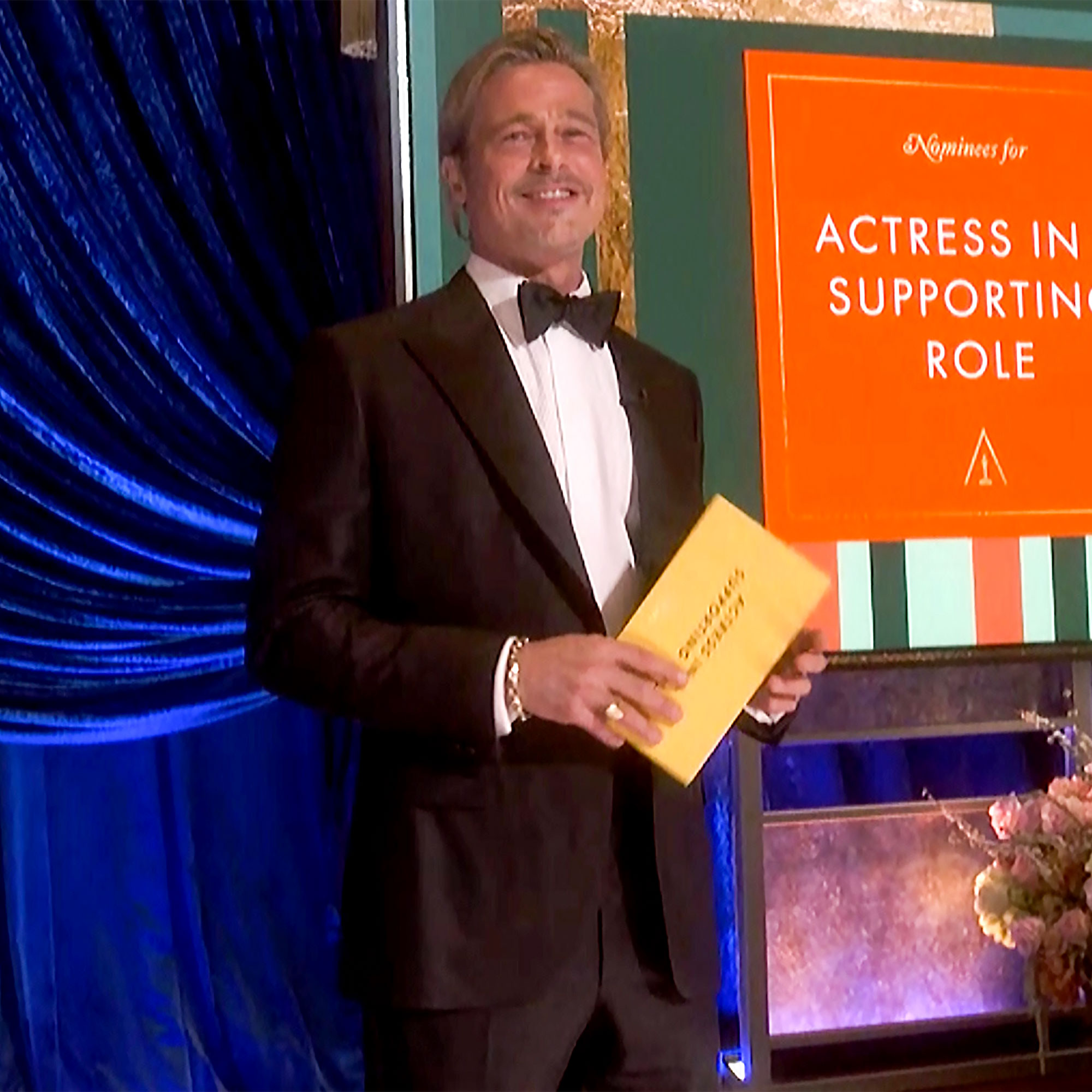 “My love of movies began at the local drive-in, watching Clint Eastwood and Godzilla. My nominees for best actor also fell in love with movies at a young age. Youn Yuh-jung fell in love with the movies through the work of actresses like Maggie Smith and directors Robert Altman and Mike Leigh. For Amanda Seyfried, it was the film version of Romeo and Juliet — the Leo version. Me too,” Pitt said before the audience laughed. “Maria Bakalova loved Marilyn Monroe. And when Maria dreamed about coming to Hollywood, she’d write, ‘I’m going to be a great movie star someday.’ Maria, welcome. As a young girl, Olivia Colman’s family would gather at Christmas time, get some popcorn and watch The Sound of Music and Chitty Chitty Bang Bang. And the great Glenn Close was entranced by classic Disney movies like Snow White, The Littlest Outlaw, Old Yeller.”

Pitt was on hand to present the award on Sunday after he took home Best Actor in a Supporting Role in 2020 for his work in Once Upon a Time in Hollywood alongside DiCaprio. During his acceptance speech, he dedicated his award to his six kids — Maddox, 19, Pax, 17, Zahara, 16, Shiloh, 14, and 12-year-old twins, Knox and Vivienne — whom he shares with ex-wife Angelina Jolie. 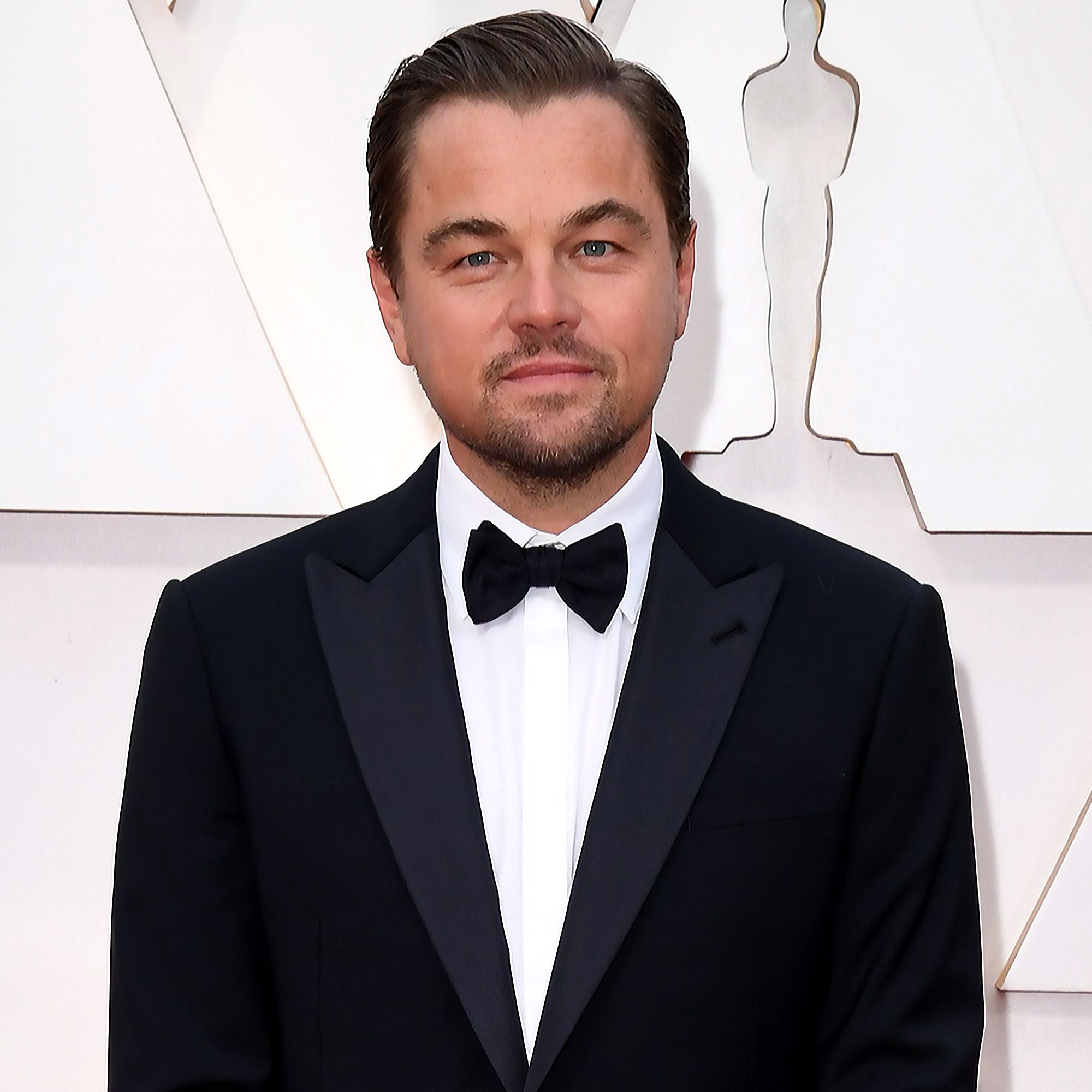 “This is for my kids, who color everything I do. I adore you,” he said at the time. “I’m not one to look back, but this has made me do so. … All the wonderful people I’ve met along the way, to stand here now … ‘Once upon a time in Hollywood,’ ain’t that the truth.”

Pitt’s personal life made headlines earlier this month after Jolie, 45, made a comment about their family in a new interview with Entertainment Weekly.

“I love directing, but I had a change in my family situation that’s not made it possible for me to direct for a few years,” the actress told the outlet. “I needed to just do shorter jobs and be home more, so I kind of went back to doing a few acting jobs. That’s really the truth of it.”

Pitt and Jolie split in September 2016 after two years of marriage and more than a decade together. While a judge declared them both legally single in 2019, their divorce and custody battle has not yet been finalized. Us Weekly confirmed last month that the Those Who Wish Me Dead star claimed in court documents that she has “proof and authority in support” of alleged domestic violence in their relationship. Sources close to Pitt, who is seeking “50/50 physical and legal custody of the kids,” per one insider, have denied the claims.

The Garden! The Bathroom?! Where Celebs Store Their Awards

“He has taken accountability for his role in the breakdown of the marriage,” another source told Us in March. “The kids have had endured so much trauma and this is just piling it on, but it’s out of Brad’s control. The time for compromise is over. He is done and won’t be manipulated by her ever again.”