Late last month, rumors swirled that Kanye West and model Irina Shayk were secretly dating — or, at the very least, interested in each other. But as of yesterday, West and Shayk reignited the rumors after they were spotted together in France. And the two people seemingly most supportive of the new romance? Their exes: Bradley Cooper and Kim Kardashian. 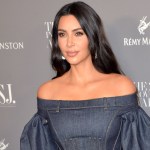 According to US Weekly, which confirmed on Wednesday that the West and Shayk are, in fact, dating, a source recently told the publication that Cooper “would be fully supportive of whoever Irina chooses to date.”

“He just wants her to be happy,” the source said after grainy, PDA-less photos of the couple in France were published in the Daily Mail. According to TMZ, the couple was reportedly celebrating Kanye’s 44th birthday.

“Bradley and Irina are not just on good terms as coparents, they’re also close as friends and share personal things with each other,” the source added.

Cooper and Shayk started dating in 2015 and welcomed their daughter, Lea De Seine, in March 2017. Although the couple split in June 2019, they’ve been successfully co-parenting since.

Rumors of West and Shayk’s romance first surfaced on Instagram gossip site Deuxmoi on May 24 when the account posted a tip that “Kanye West is now secretly dating Irina Shayk aka Bradley Cooper’s baby mama.”

“After further looking into this, I don’t know if ‘dating’ is the right word, but there is perhaps some interest there,” Deuxmoi wrote at the time.

And when the rumor broke, Kanye’s ex Kim Kardashian was reportedly unbothered by it.

“No one in her circle appears to care or believe it,” an insider previously told The Sun. “Even if it is true, I doubt she’ll even be upset at this point.”

More recently, a source told E! News that Kim “doesn’t mind at all.”

On June 9, US Weekly confirmed that West and Shayk are dating.

According to a source, “Irina and Kanye have been spending time together and getting to know one another. He’s always thought she was beautiful, and they’re both looking forward to seeing where this goes.”