Evanna Lynch missed a magical time on the Harry Potter set — when her costars appeared to have fleeting crushes ahead of filming Harry Potter and the Order of the Phoenix.

“Oh, it was so disappointing for me because I joined on the fifth one. I was on Order of the Phoenix and there was this sense that exciting things had happened in the last movie, and I just missed it,” Lynch, 29, exclusively told Us Weekly of Emma Watson and Tom Felton. “[I joined when] everyone had kind of grown out of their crushes and they were moving on to, like, people in the outside world. And I felt that like, damn, I missed all the drama! It was so fun the last film, according to some stories. But no, by the time I got there, they were all mature and those hormones were calming down.” 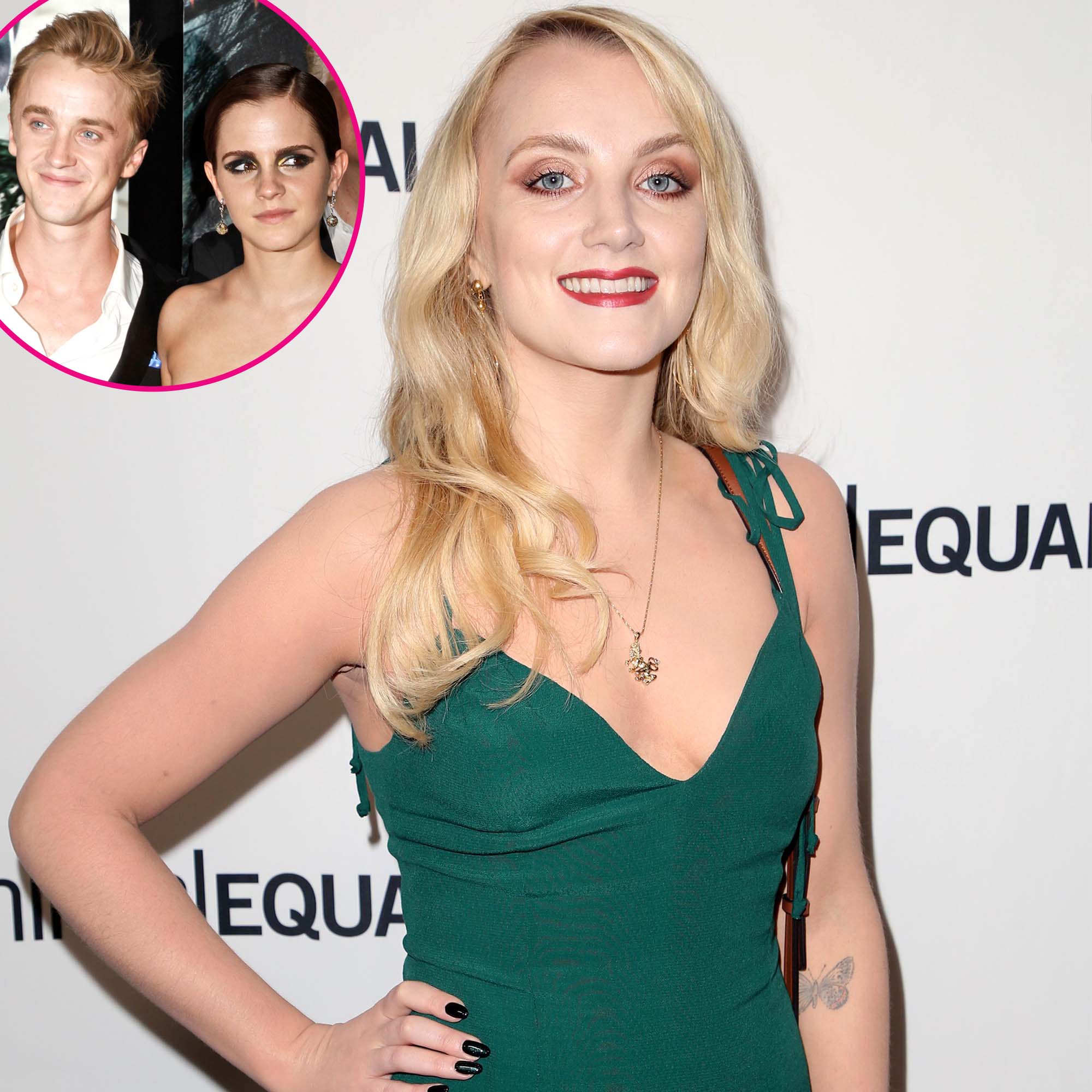 She teased: “And I was like, ‘Well, who am I going to have a crush on?’ Everyone! To answer that question pretty much. I was like, ‘I’ll just fancy them all!’ But yeah, no, I missed all that.”

Watson, 31, never shied away from admitting her crush on Felton, who played Draco Malfoy to her Hermione Granger in the Harry Potter films. In 2011, she told Seventeen: “For the first two movies, I had a huge crush on Tom Felton. He was my first crush. … He totally knows. We talked about it — we still laugh about it. We are really good friends now, and that’s cool.”

Lynch, for her part, chalked it up to “probably” just a child crush at the time. “They’re both such charismatic and gorgeous people. It’s hard to see how they wouldn’t, but I don’t know,” she told Us. “I would never have the nerve to ask either of them about that!” 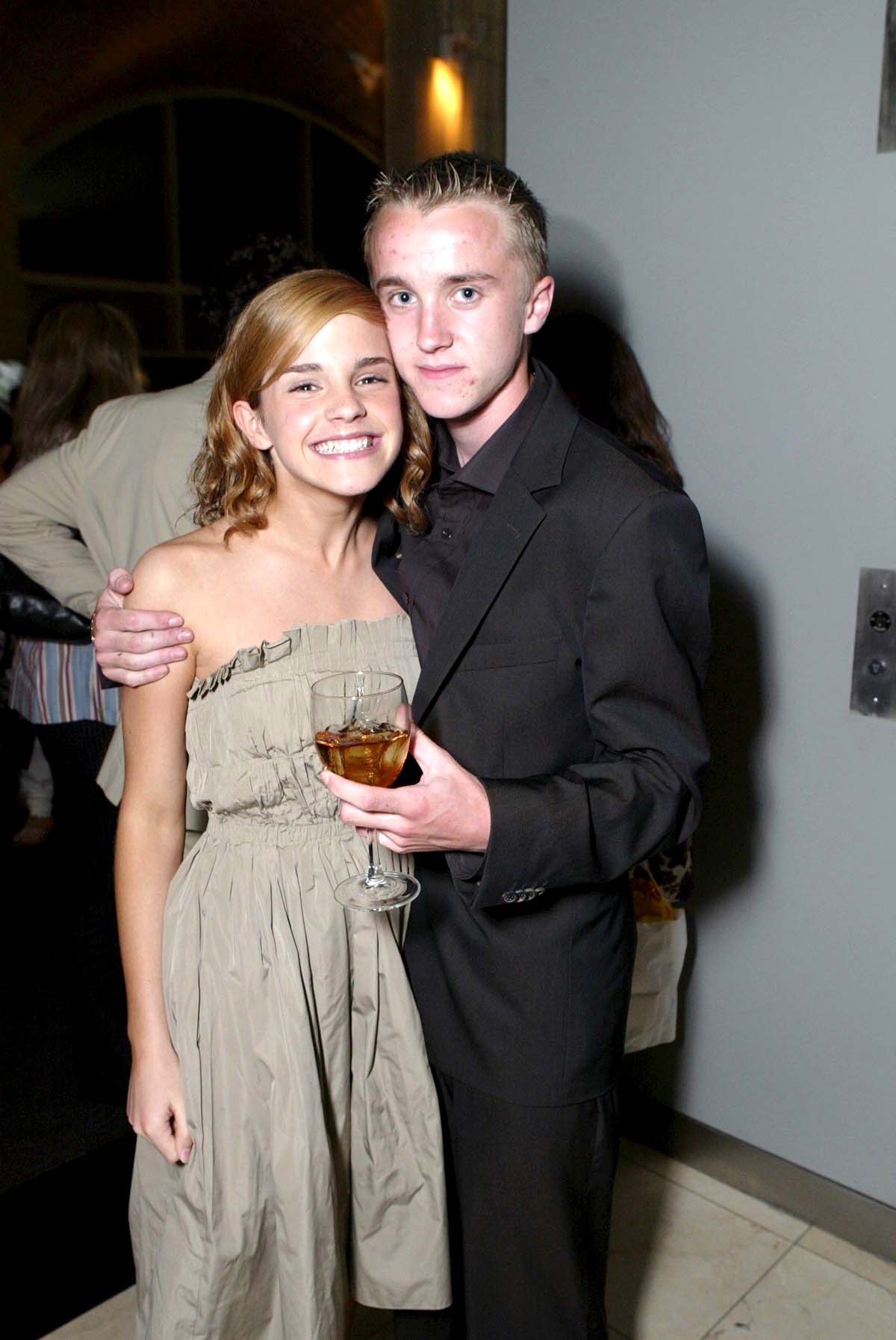 Felton, 33, and the Little Women actress have remained very close since hanging up their cloaks. In November 2018, Felton shared an Instagram video of Watson holding on tight to him as they skateboarded together.

“Lovely Emma. We do see each other quite a lot actually. We just don’t always post pictures about it. Everyone loves the reunion of it. We’re reuniting all the time we just don’t always post it on Instagram,” he exclusively told Us at the time. “She was in my neighborhood and I hadn’t seen her for a few months. And I decided to take her for a skateboarding lesson, which she was very good at. She’s quite hard on herself. But she’s actually very good at it. So yeah, that was fun. I always enjoy spending time with her.” 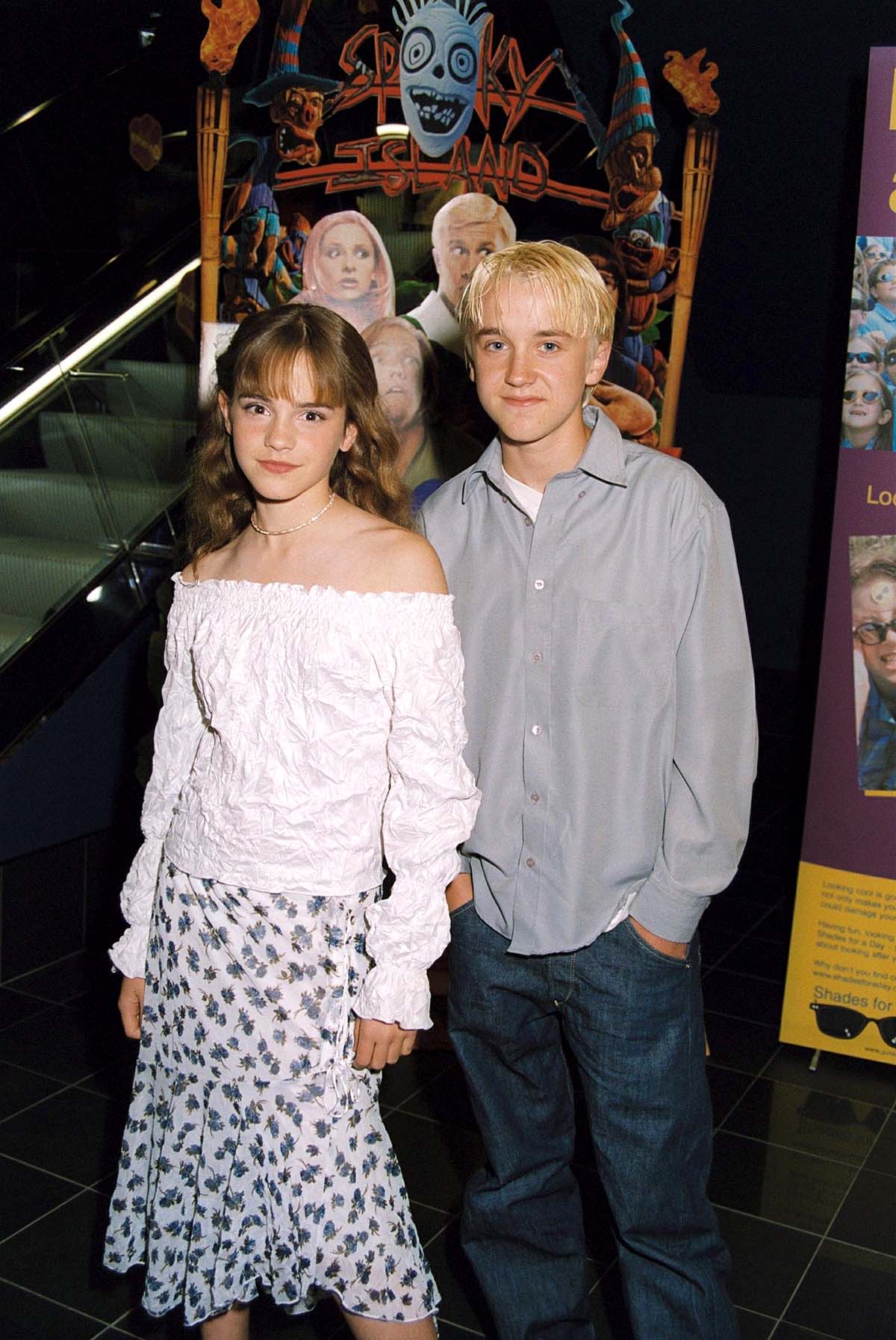 Although the two have kept mum about whether they actually dated, costar Rupert Grint, a.k.a Ron Weasley, more recently teased about their relationship.

“There was always something,” the 32-year-old told Entertainment Tonight in November 2019. “There was a little bit of a spark. But we were kids. It was like any kind of playground romance. I didn’t have any sparks. I was spark-free.”

Lynch joined the franchise alongside Watson, Felton and Grint as Luna Lovegood — and she’d be thrilled to visit Hogwarts again one day.

“Oh, my God. In a heartbeat, I would reprise. I would love to. I don’t think that’s going to happen. We’re all getting old now,” she told Us, laughing. “Fantastic Beasts is the focus at the moment, but I would love to. As for reunions, it’s hard because everyone lives in different parts of the world now. There’s a few of them in L.A. and then a good lot of us in London I believe Matthew [Lewis] in Florida. But I do see some of them. … So there’s like mini reunions, but I think it would take a Warner Bros. operation to get everyone together.”